Nuno Espirito Santo was pleased with the second-half improvements of his Wolves side in their defeat to Manchester City at Molineux, but knows there is further progress that needs to be made.

Raul Jimenez’s header had given Wolves hope after Kevin De Bruyne and Phil Foden had put the visitors two goals ahead in the first period, but the side in gold and black were unable to capitalise on their positive second-half showing, with the head coach acknowledging that his side need to improve at both ends of the pitch.

On a defeat to City

“At this moment, the feeling is that what we did in the second-half, we should have produced and sustained throughout the game.

“This is the challenge for us; we must start better the games and sustain this level of performance and intensity, but they were a very good team with a lot of quality.

“We knew it was going to be tough, but the first-half, we didn’t start very well. Man City moved the ball very well and created a lot of problems.

“But even in the first-half, we had good moments, a good spell, good possession that we managed, and then we concede a penalty. From then on things become harder.

“The second-half, we were much improved, and we found the right way to press, to recover the ball, and we created a lot of good moments and chances that we could have scored.

“We knew that one goal could change everything, and that was what the belief was in the second-half. It was a very good second-half for all the team.”

We need to build on the good things that we did. The result cannot stop us from going in this direction.

“We always have to give credit to our opponent because of the talent and the quality they have, but we do have to do better, especially defensively – the penalty, the second goal – and in the second-half we should improve a lot of things.

“The final touch in the clinical moments, with the chances we created we must be more clinical, so there’s a lot of things to improve.”

On Saiss giving away an early penalty

“I didn’t see the incident, but it’s clear that the approach should be different. He knows, he’s an experienced player, a fantastic player, but it was not the right approach.” 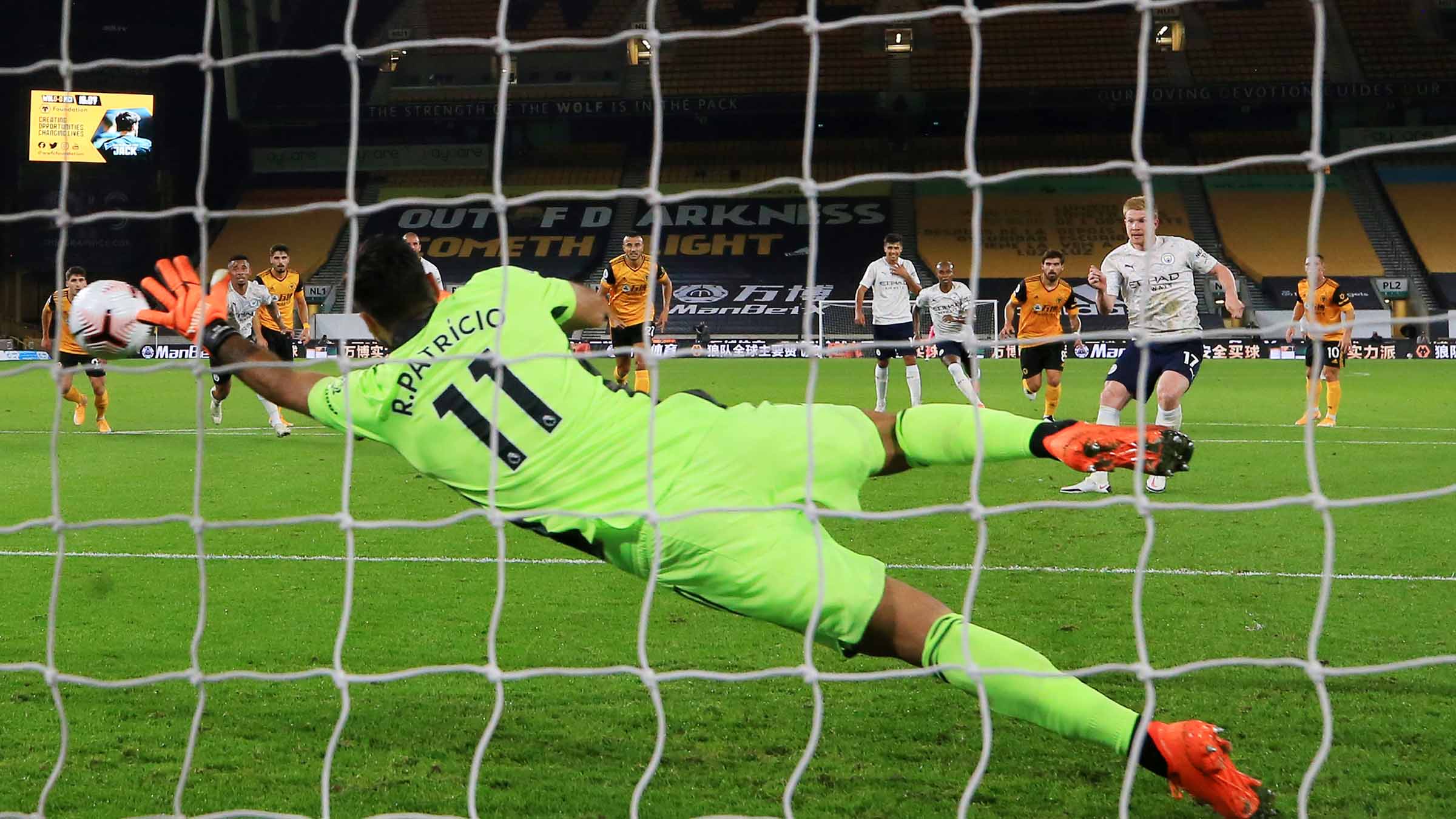 “We changed. We had to adjust. We tried to adapt and I think we blocked City’s possession through the middle, with Pedro and Daniel inside of the pitch and we were able to press and recover the balls.

“Every time we recovered the ball, we had a clear moment to affect the game. We had a lot of things to get changed and work out, but it’s too bad that we didn’t finish with different ending.”

“We need to build on the good things that we did. The result cannot stop us from going in this direction.

“We want to improve our game, and I take positives, but at the same time, to play good, and perform well, we need to defend better.”