Nuno Espirito Santo’s Wolves side achieved something the club has not done for almost 50 years last night, by qualifying for the quarter-finals of a major European competition.

Here are five things we spotted as Wolves booked their place in Germany for the Europa League 2020 finals with victory over Olympiacos on another memorable – but very nervy – night at Molineux.

1. MOLINEUX WAS MADE FOR EUROPEAN NIGHTS

It was a night of jubilation and relief when the final whistle blew on Thursday night. Despite Olympiacos putting Wolves under the cosh for much of the latter stages of the game – while the hosts still had chances themselves – Raul Jimenez’s penalty (the earliest Wolves had scored in any game during this marathon season) proved to the vital moment in earning Wolves their first quarter-finals spot since the 1972 UEFA Cup. That season, Wolves went all the way to the final where they fell to Tottenham Hotspur. But on a night of records coming tumbling down, Nuno’s side earned a first in the club’s history by winning four consecutive European home games without conceding a single goal!

Wolves’ new club record of winning four consecutive European matches at Molineux without conceding would not have been possible had it not been for the heroics of one certain Mr Rui Pedro dos Santos Patricio. The Portugal number one had one of his best performances in a Wolves shirt, as well as one of the most all-time remarkable goalkeeper showings, making at least two world-class saves – the second seeing Patricio produce a brilliant dive to palm away a point-blank Ahmed Hassan header – to earn Wolves the victory, which will now extend the season to at least 59 games. This also showed in the stats, as despite keeping a clean sheet, Patricio faced 16 shots against Olympiacos on Thursday night – the most an opposition side have attempted at Molineux in all competitions throughout the 2019/20 season.

3. BACK TO HAUNT THEM

Daniel Podence might have had to bide his time following his move from Olympiacos in January, but the pacey winger’s influence was in full affect during the early stages of Thursday night’s clash. ‘Agent Podence’ was a constant menace to his former teammates and proved to be the dominant force of Wolves’ attack, chasing lost causes and loose passes across the park to first set up Jimenez for a chance just minutes into the game, before earning the penalty which his Mexican strike partner finished coolly. It took a quality save from Bobby Allain to stop a thunderbolt effort from the Portuguese in the second period, but quite frustratingly for Podence and for Wolves, he received a booking as he was substituted, ruling him out of the quarter-final with Sevilla.

4. PERFECT RECORD FROM THE SPOT

When Jimenez stepped up to take his sixth penalty this season, was the ball ending up in the back of the net ever in doubt? Wolves’ number nine just doesn’t miss from the 12 yards out, scoring all eight of the spot kicks he has taken for the club in all competitions (with the exception being a H Hotels Cup semi-final against VfL Bochum in last year’s pre-season – Jimenez’s first appearance in gold and blacks – but who counts that!) Using a technique that is almost impossible to stop, the Mexican stutters in his run-up, waits for the keeper to decide on which way to dive, before placing the ball in the opposite corner. Following the final whistle, Jimenez explained the importance of his match-winning goal.

This goal means everything. It’s everything for what we were going through, for the whole season, since the beginning. We started the Europa League in the qualification rounds and have had a big season, but we have to keep going.

Thursday night’s game was also a special occasion for another legendary Portuguese international. Not too long ago, it would have been mind-blowing to think of Joao Moutinho – the third most-capped player in his country’s history, behind only Cristiano Ronaldo and Luis Figo – playing just once in old gold, but now, we have the pleasure of watching five foot seven of football heaven demonstrate his wonderful ability on the pitch almost every game, with the round of 16 second leg seeing the midfielder make his 100th appearance for Wolves. Moutinho will always be known as one of the best players to wear the gold and black, but here’s hoping they’ll be many more appearances of Moutinho magic to come! 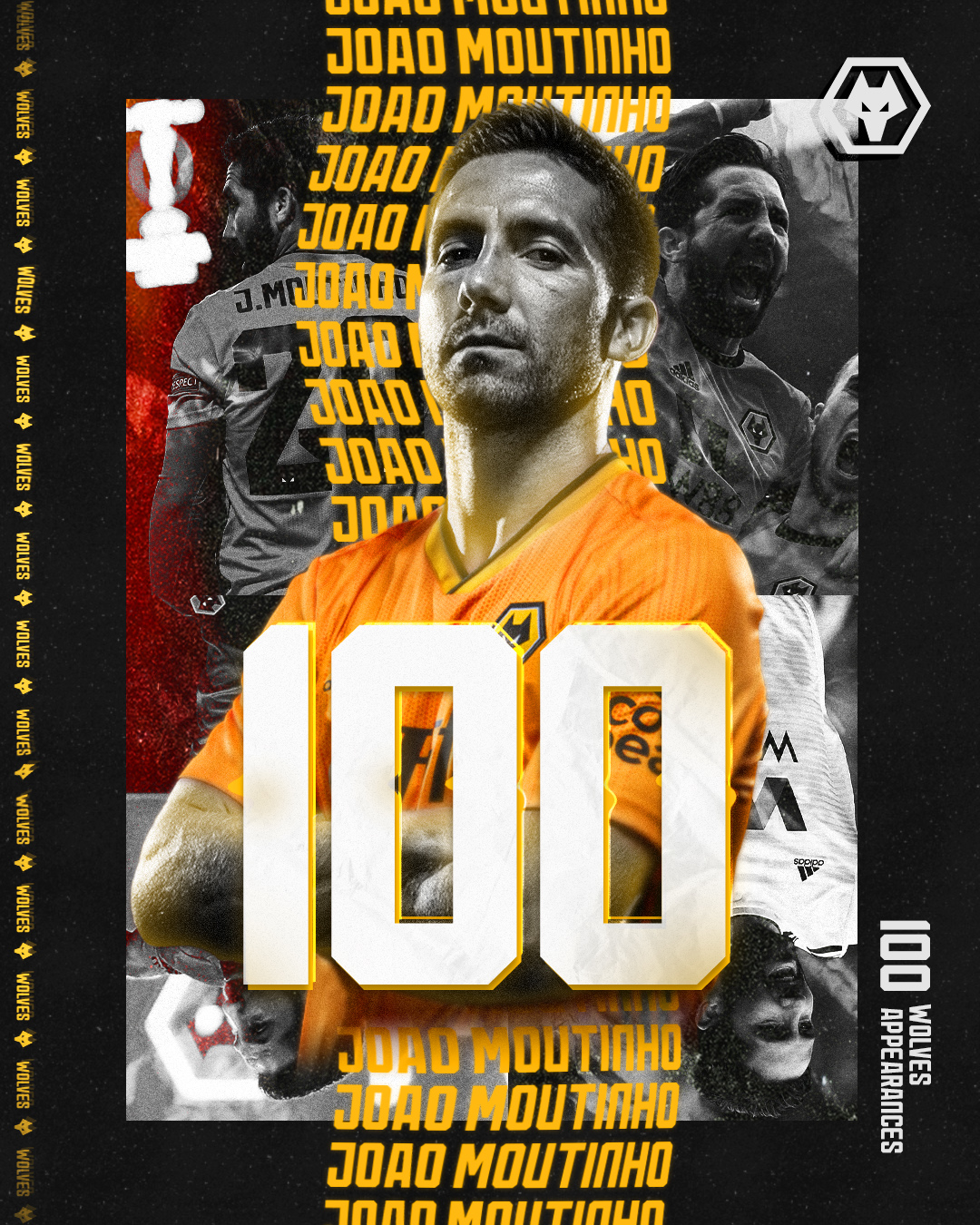