Leander Dendoncker insists his Wolves teammates are confident heading into Thursday night’s crucial Europa League round of 16 clash with Olympiacos but are well aware of the qualities the Greek champions possess.

The game is tied up at 1-1 following the first leg in Piraeus back in March, with Pedro Neto’s second-half strike giving Wolves the slenderest of advantages coming into the reverse fixture at Molineux. But the Belgian midfielder believes the Wolves players will give everything they can to reach the quarter-final stages of a competition the club began back in July 2019.

“It’s crazy. It’s been more than a year and has been a very long season, but we’re ready. We still want to play and it’s always nice to play Europa League. I think we’re all ready.

“There’s been ups and downs, and it’s a shame from the last game at Chelsea that we had the same points as Tottenham, but not going into Europe. That’s quite a shame for the whole club, but I think we can be very happy about the season so far.

“We’ve had some rest and some days off. I think it’s very important to recharge the batteries and be at 100 per cent, ready for tomorrow. We now have to do our very best to end it in the best possible way in Europe.”

On playing 56 matches this season

“I just try to be ready for every game, I try to recover really well, try to work really hard in training, and that’s what everyone is trying to do.

“I think we’ve managed quite well with quite a small squad this season, but all the credit must go to the technical staff and the medical staff for that because they have worked hard at keeping us fit in the best way possible.”

On the importance of the away goal

“It’s a huge difference. An away goal is always counts double, that’s what they say. But it’s very important, and now it’s up to us to finish the job tomorrow.

“However, that won’t be easy because Olympiacos is a very good team – we saw that in the first game, so we’ll have to be ready.”

On not looking ahead of Thursday

“The focus is on the game of tomorrow. I don’t think we can look ahead of that because the first task for us is trying to win tomorrow, which will be very difficult.

“They will be very motivated, so that’s what we have to focus on for now, and then we’ll see what comes after that.”

On Olympiacos advice from Podence

“He knows the team very well. Daniel has spoken to us about them; the way they play, their strategy, so it’s always good to have someone like that.

“But it will still be up to us to be ready for tomorrow and do our job. We will be focused on ourselves and hopefully we can get to the next stage.” 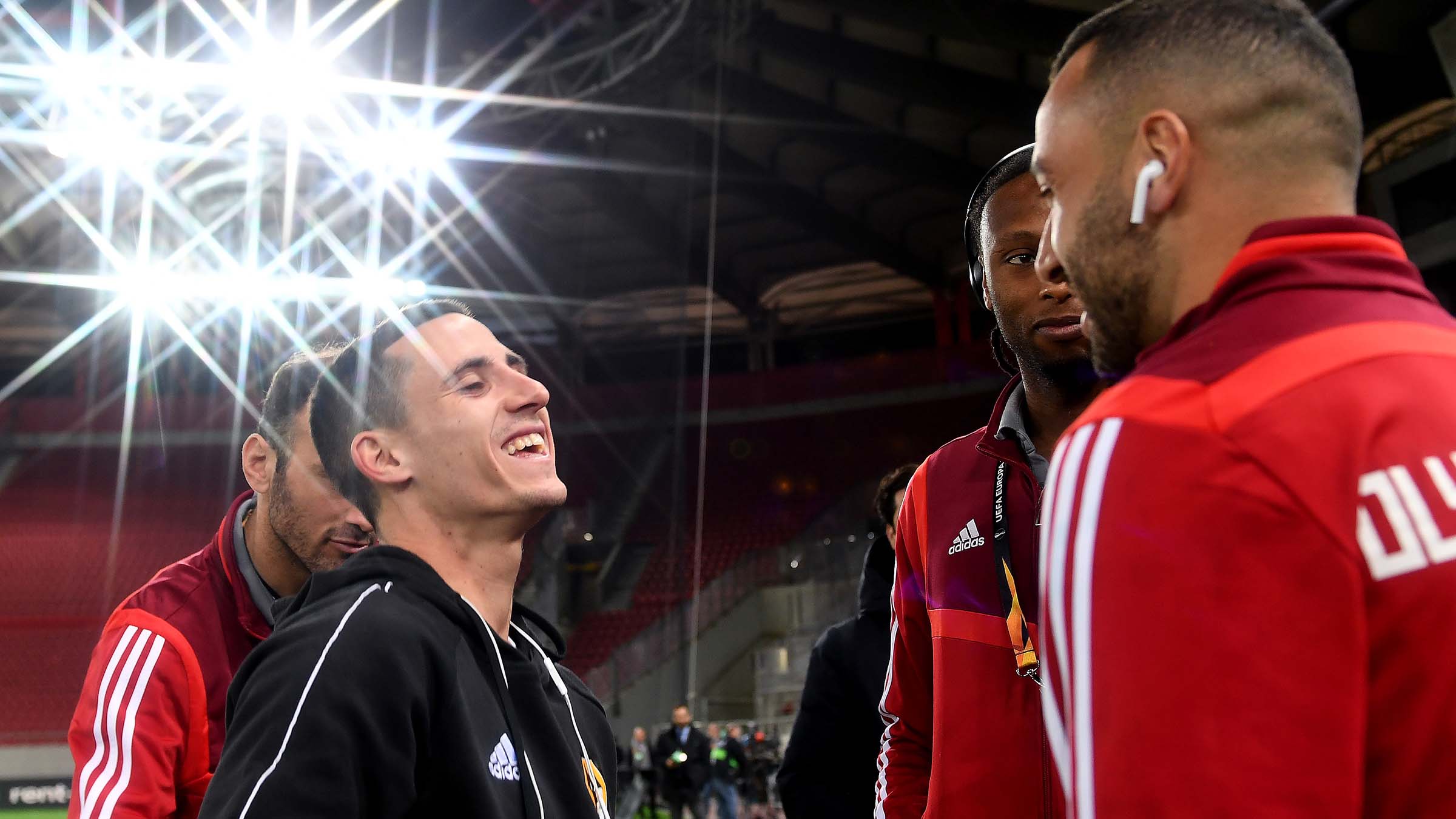 On home advantage without supporters

“It makes such a huge difference. I think we’ve managed quite well since lockdown, but you don’t feel the support, which is a shame, but health is always the priority. As long as it takes for us all to stay safe, I think that’s what we should do.

“They will obviously be quite a loss, but it’s still our stadium, so it’s up to us to give our very best and then we’ll see what happens.”

On being ready to face Olympiacos

“We’re confident enough to try and win the game of tomorrow. The fact of playing Europa League should be enough to be really motivated and be ready.

“Since lockdown, we’ve managed quite well. There have been really good games, there have been not so good games, we’ve been quite unlucky a couple of times as well, so I don’t think there’s a lack of confidence.

“We all want the same thing, to try and win tomorrow and get as far as possible in this competition, which won’t be easy because there’s been a lot of very good teams still in it. We’re aware of that, but I think we are convinced of our own qualities as well.

“We have to be confident, take it game by game, starting with tomorrow, and then we’ll see what comes after.”