Moutinho: We deserved the win over Palace

The experienced Portuguese midfielder played a vital role in putting Wolves ahead with a deft chip into the path of Matt Doherty who then placed the ball on a plate for Daniel Podence to net his first in gold and black.

But even with the points in the bag, and with it helping Wolves to their highest ever Premier League points tally, Moutinho was already focused on ending the season on a high at Stamford Bridge on Sunday.

On a controlled 2-0 win over Palace

“We are very happy. We played well, we played a good game and controlled the game. I think we deserved the win for what we did on the pitch.

“We created more chances than Crystal Palace. They are a good team, but we deserved this. This is what we work for every day, to come to the games and do our job to try and win the games.

“We want to continue to have these results. We think game by game and now we are already thinking about the next game against Chelsea.”

On playing his part in Podence’s opener

“I try to help the team to create opportunities. The first thing I think about is controlling the ball and shoot, but I saw the movement of ‘Doc’ [Doherty] behind the defence, thankfully I did a good pass, Doc did a really good assist and Podence was in the right place to get the goal with his head.

“We are very happy for him. All the players try to help the team to win and that’s what Podence has done. He did a great job, not only to score but also with his running, passing and trying to create space behind the defence of Crystal Palace.”

“It is very good what Jonny is doing. I didn’t expect that, I thought he was going to pass, but that’s why he scored. Nobody expects him to shoot, but it’s a very good goal.

“It gave us a bit more tactical ability and allowed us to control the game. After the second goal, we tried to control more of the game, have mores possession and go on goal at the right moments.”

On having a fully fit squad after 56 matches

“The secret is working hard, putting 100 per cent into training and it’s working well. The staff do all they can to help our condition and I think we do a great job on the pitch and outside.” 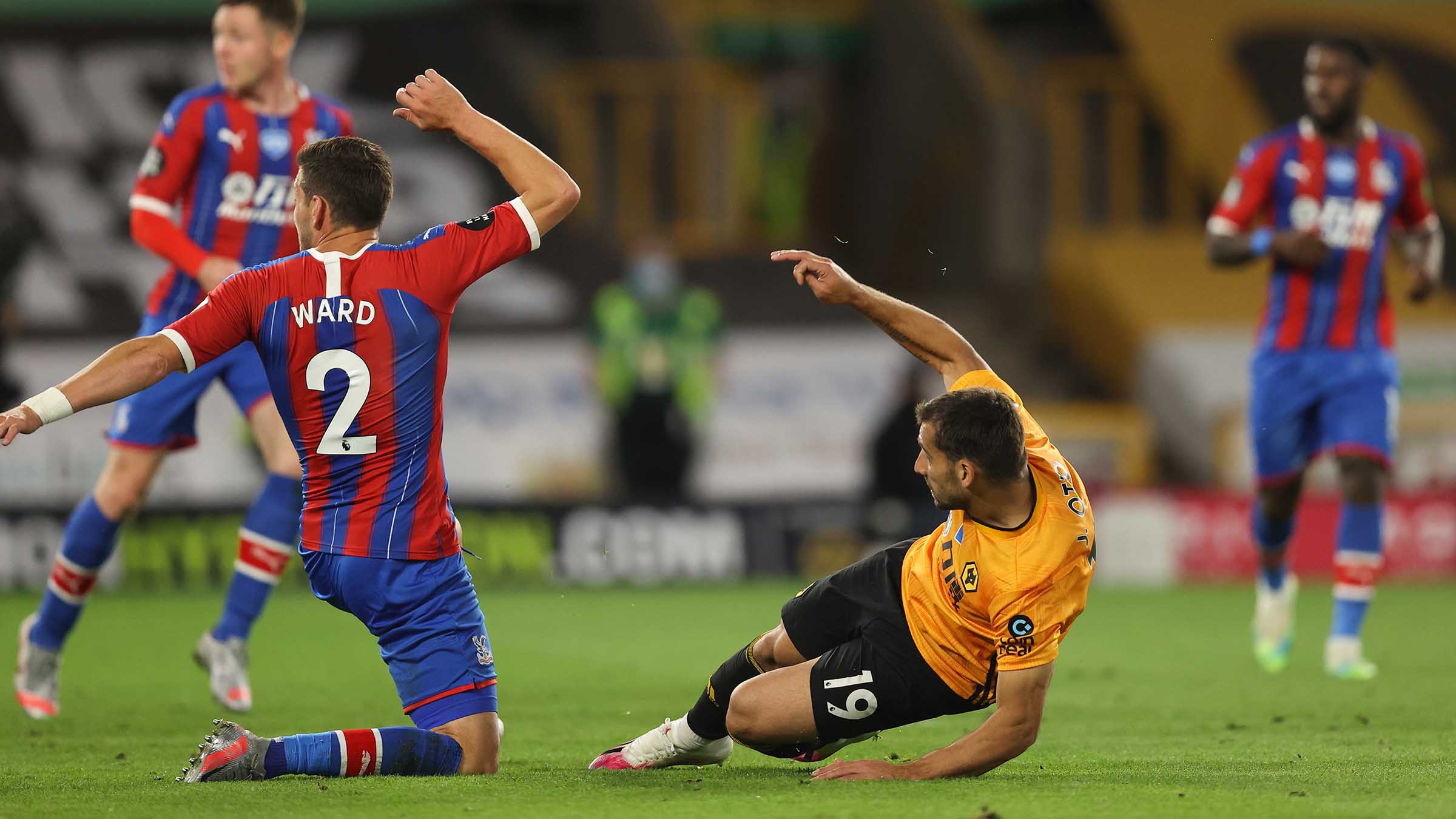 On aims for final league match on Sunday

“The aims we have is to continue to work the same way that we have done until now. We know we’re going to have a tough game against Chelsea, a big team with good players and a very good coach who are fighting for Champions League.

“It will be two good teams, but we need to do what we’re doing now in all of the games; try to do our job, try to control the game – which is not easy against a big team – and try to win.”