On Monday evening the Molineux curtains close on the Premier League, when Wolves face Crystal Palace, and here are five things to know before kick-off.

As Nuno Espirito Santo constantly demands improvement from his players, the potential points total with two games remaining is likely to please him. In last season’s Premier League, Wolves finished seventh with 57 points. Now, they sit sixth on 56 points with two games left. That means one point from the six remaining will equal last season’s total, while any more would better it. Should Nuno’s side claim maximum points from the last two, they’d sit on 62 points and will have bettered last season’s position too.

The short of it, win on Monday and it’s a season of improvement for Wolves in the Premier League. 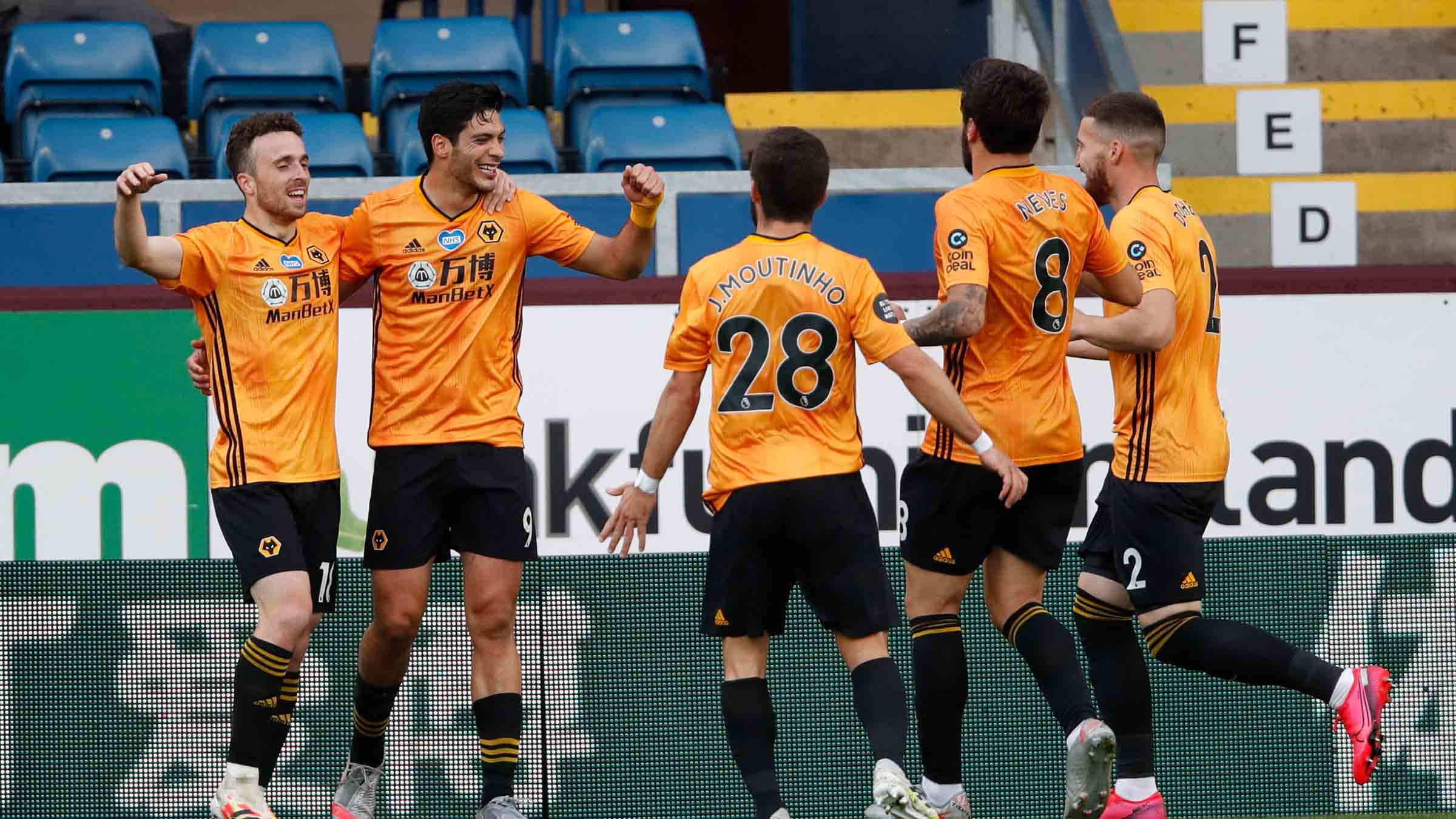 Each Raul Jimenez goal is smashing records currently and on Wednesday evening he drew level with Wolves legend John Richards for top flight goals in a single season. His Burnley strike was number 17 in the Premier League this season, the same amount Richards netted in the 1975/76 campaign. That means, should Jimenez bag against Palace, it will see the Mexican move out on his own as the record top flight scorer in a season.

The Eagles are one of just five top flight teams Jimenez is yet to score against in Wolves colours, but with the stakes high in the Premier League, the forward will need no added motivation on Monday evening.

📈 Improving on his debut season
👑 Level with a legend

The final home Premier League fixture of the season remains for Wolves, whose home and away record is identical with two games left. At Molineux, Nuno’s side have claimed 28 points by winning seven and drawing seven, with two of those successes coming post-lockdown against AFC Bournemouth and Everton. Their record away from home is identical, seven wins, seven draws and four defeats. On offer over the next week is a chance to make those winning totals conclude at eight each, with Molineux’s turn first on Monday night.

Premier League victories on home soil against the likes of Manchester City and Aston Villa stand out this term, but it’s the clash with Crystal Palace which arguably holds the most significance, with the stakes so high at this stage of the season. An eighth Molineux win of the season would be more than welcome on Monday night.

4. Saiss’ improvement since past Palace clash

Such has been the consistency of Romain Saiss since the autumn, there’s now little debate who will feature on the left side of Wolves’ defence. Back in September, the Moroccan was vying with the likes of Ryan Bennett and Jesus Vallejo in defence and his red card in the first Palace fixture at Selhurst Park was untimely, with Wolves 1-0 behind at the time. Fortunately, Diogo Jota bailed his side out on the day and since then, Saiss has solidified his place in the team.

Nuno has been impressed by the 30-year-old’s improvement since that afternoon in London.

Wolves will be selecting from a fully-fit squad, should training preparations go according to plan, according to Nuno Espirito Santo.

As for Palace, they suffered their latest injury blow on Thursday evening when Patrick van Aanholt fell awkwardly against Manchester United. Roy Hodgson confirmed the injury as a dislocated shoulder, which could require surgery, so the Dutchman looks set for a lengthy spell out. He joins the likes of Gary Cahill, who pulled his hamstring against Chelsea, and the injured James Tomkins on the sidelines. Meanwhile, Christian Benteke will miss the remainder of the season following his red card against Aston Villa. Their absence makes the return of Martin Kelly and Jeffrey Schlupp all the more crucial with two games left. 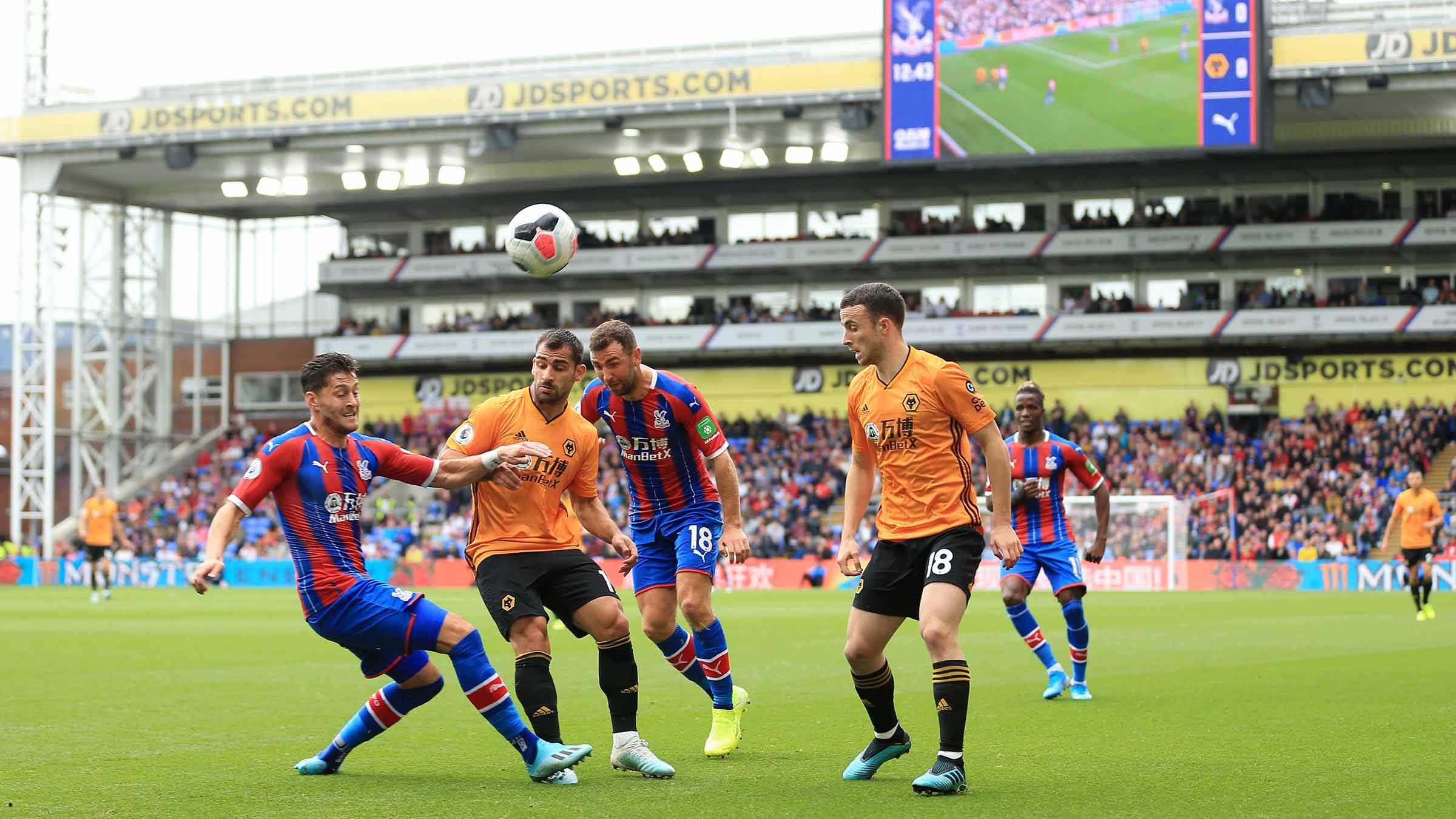