Wolves are looking to bounce back from their first defeat post-lockdown and have an opportunity for quick redemption with a trip to Sheffield United on Wednesday. Here are five things to know ahead of the Bramall Lane clash.

Only Liverpool and Manchester City boast a better away Premier League record than Wolves this season, having amassed 27 of their 52 points on the road. That’s two points more than their tally at Molineux, so a trip to South Yorkshire is one Nuno Espirito Santo will be relishing.

Defeat on Saturday saw Wolves suffer a home setback for the first time since January, but their unbeaten away run, stretching back to New Year’s Day, remains intact. Since that defeat at Watford, Nuno’s men have won four and drawn one of their five Premier League away games, with two of those successes arriving since lockdown. Bramall Lane is the venue for game number six of that run and Wolves will be searching for an eighth Premier League away win of the campaign. 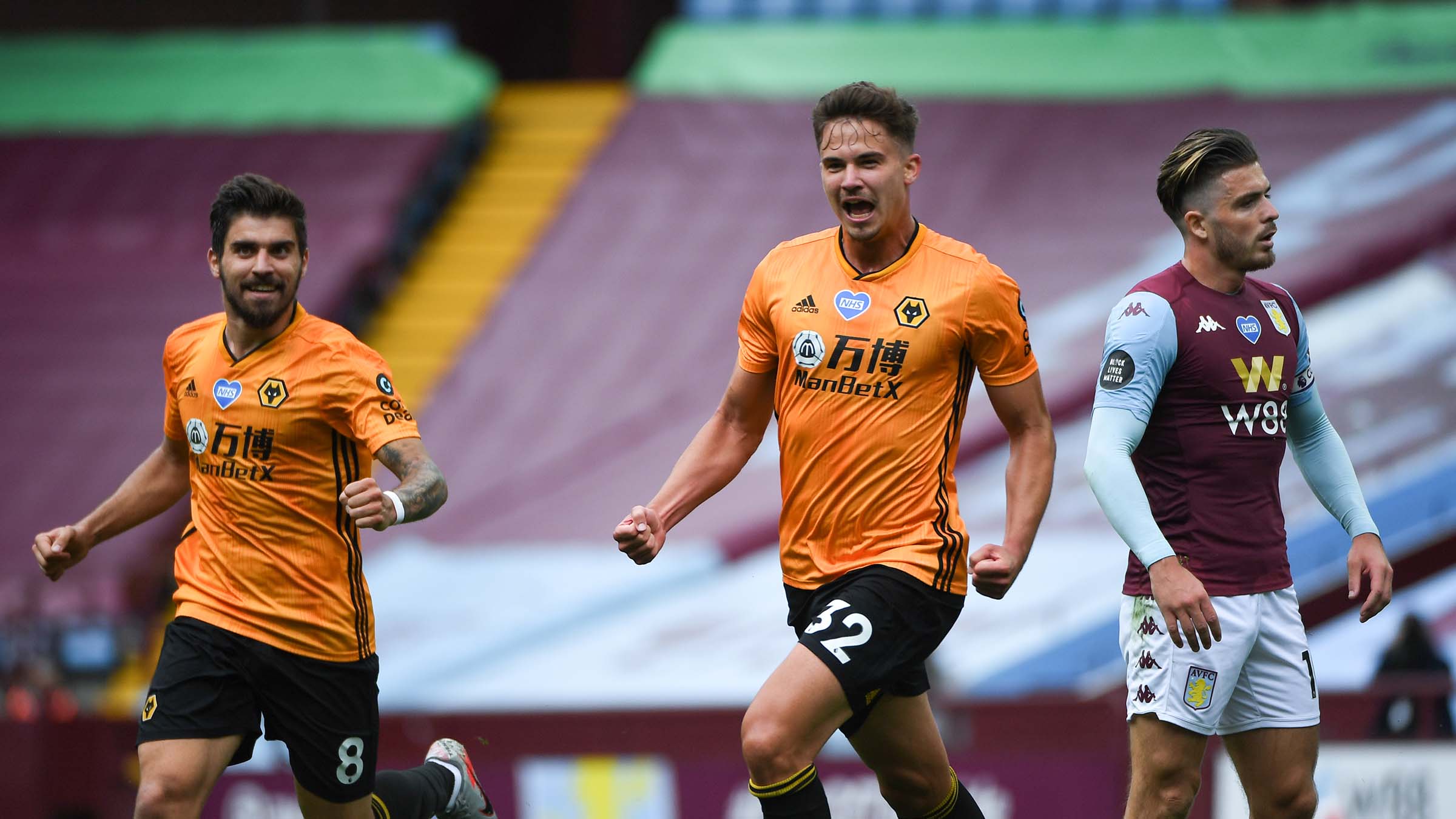 2. Wilder full of praise for Wolves

Speaking ahead of Wednesday’s game, United boss Chris Wilder was full of praise for Nuno, who he has faced three times as a manager and shared the points with equally. Having enjoyed two good battles in the Championship two years ago, Wilder acknowledged the quality in the Wolves group back then but takes nothing away from the attitude and effectiveness of Nuno’s group, who were promoted 12 months before the Blades followed suit.

On what he sees as the reason behind Wolves’ success, Wilder said: “It’s a combination of a lot of things that allows Nuno to influence and effect the team and if you look through the team, they’ve got some outstanding players right the way through.

“It’s a combination of really good players and a fantastic manager, who asks everything from them – organisation, work ethic, fitness levels and quality at the end that takes defeats to draws and draws to wins in tight games.”

On Saturday Nuno and his coaching staff celebrated their 150th game in charge of Wolves, but they have to look back to game number 13 for their one and only trip to Bramall Lane to date. That September evening in South Yorkshire was a rare blot on the 2017/18 Championship copybook for Nuno, whose side were beaten 2-0 – only his second loss in charge of the club.

What was to follow that season marked the defeat to the Blades as irrelevant, particularly following a storming 3-0 win in the reverse fixture at Molineux, but Wolves supporters will want things put right at Bramall Lane. In a fixture which saw Conor Coady see red, and as a result miss the following game – his last league game missed for Wolves – Wolves rued a wasted opportunity when Ruben Neves missed from the penalty spot. Neves and Coady were joined by John Ruddy, Matt Doherty and Diogo Jota in the starting line-up that night – the five men still on Wolves’ books with memories to rid. 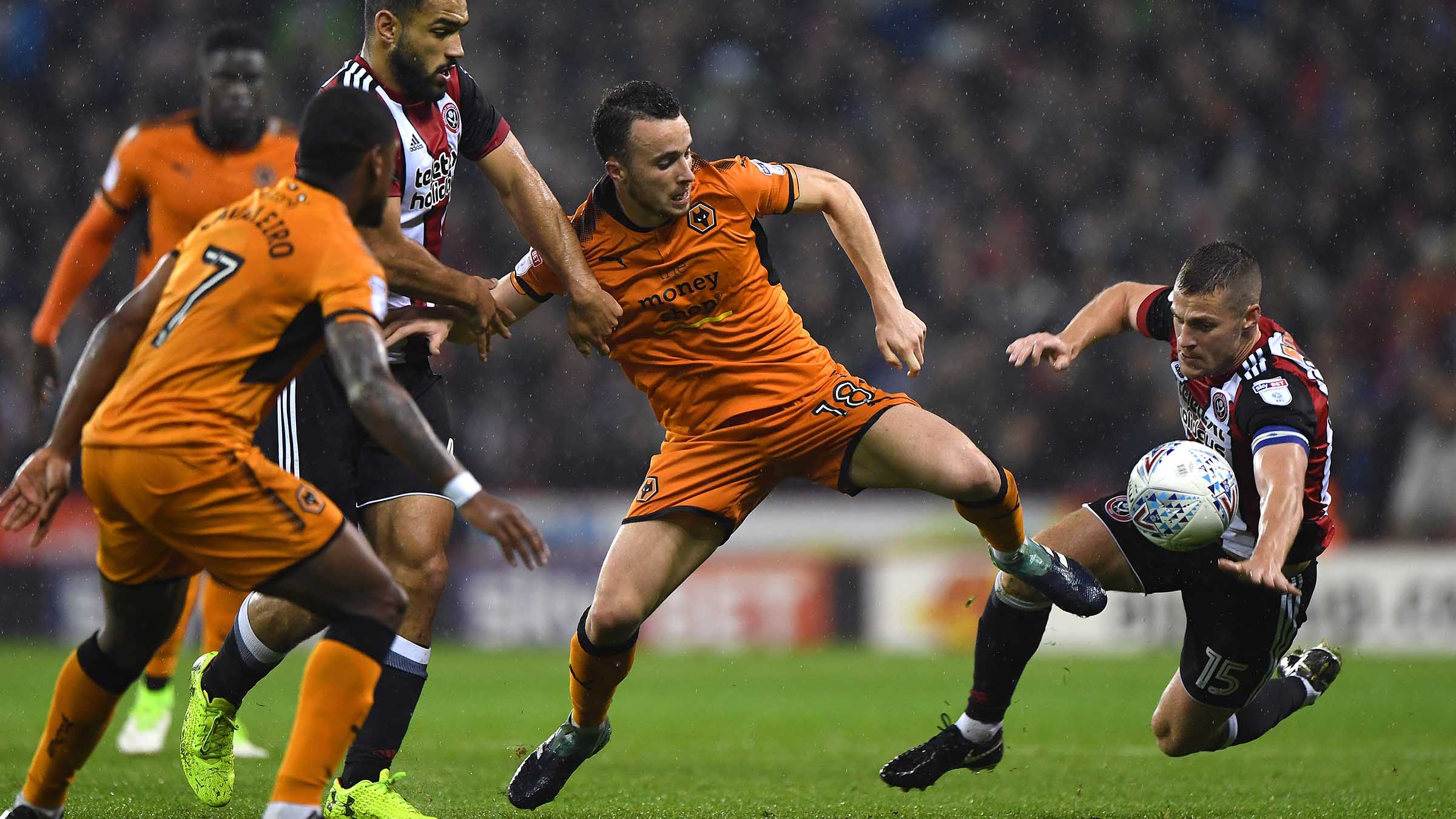 Post-lockdown, Nuno has been regularly given his formation and personnel the slightest of tweaks, with significant effects, and the trip to Sheffield is no different. 3-5-2 or 3-4-3? Dendoncker or Traore? Jota or Traore? Is it time for Neto? These are questions Wolves supporters can’t answer, so it’s likely to cause opposition managers similar difficulties. Sheffield United will currently be preparing to face two different formations, as Wolves are so comfortable with both shapes and systems.

On Saturday Adama Traore partnered Raul Jimenez up front, a partnership which helped win the game at Aston Villa the previous week, yet Diogo Jota’s introduction from the bench livened Wolves up. Dendoncker never lets the side down when he’s involved and, of course, hit the winner at Villa, so Nuno has the conundrum of who to select at Bramall Lane. What will he do?

5. Adapting to no fans

The lack of supporters was evident for Wolves on Saturday. With Nuno’s side chasing an equaliser and getting on top of Arsenal after the break, Molineux remained silent, when usually it would galvanise its team. Of course, this is the same for everyone, and Wednesday will present an empty Bramall Lane, but skipper Coady is already excited for the fans to return.

“In the first couple of games, the adrenaline was going that much just for football, it kind of masked over the fact that there were no fans in the stadium. Nothing beats having a crowd. We keep on thinking to the time when supporters are going to be allowed back in the ground, because it’ll be amazing when that happens.”