The captain explains Players Together and Wolves initiative

Conor Coady insists it’s important that people come together at this “horrible time” and believes the Players Together and Wolves initiatives recently have displayed the required fighting spirit.

The Players Together campaign, organised by Liverpool’s Jordan Henderson, saw Premier League footballers set up a contribution fund to support the NHS and frontline services, which Wolves players fully embraced, says Coady. Furthermore, the captain explained a determination behind supporting Wolverhampton’s local NHS services during these difficult moments, given the club’s role in the community.

On the Players Together initiative

“It’s been going on for quite a while. I think people don’t understand how long it takes to get something like this sorted, to get the number of players involved that Jordan [Henderson] liked. He’s been fantastic, and the rest of the Premier League captains in terms of getting on board and making sure that it was a big part of what we wanted to do.

“We knew if everyone was together doing it, and pulling in the same direction, that it’d be a little bit stronger. Clubs are doing their own little thing as well, but in terms of bringing the Premier League players together, it’s a great idea.

“It came from Jordan. He came up with it, thought it’d be a good idea and took the step forward – then it was up to us to speak to the lads in our individual teams and make sure they were in with it. Every single player at Wolves wanted to be a part of it, as soon as I mentioned it, they were straight on it agreeing, making sure we got it right. It’s been brilliant.”

“I knew, and people in football knew, when something as tragic and horrible as what’s going on at the minute came about, that it was important that people stepped up. Everyone wanted to make a difference as much as possible and we’ve got to a point where we can do that.

“We want to help the right people at the right times, to make sure people are getting the best possible care. It’s a horrible time we’re in, it’s about people coming together, not trying to point fingers at people within the world, it’s important we come together because the time we’re in is absolutely horrible.

“The situation we’re in, we understand as footballers, as human beings, how tragic it is at the minute. It’s a horrible time and I think I speak for everyone in the world when I say we want to get back to normal as soon as possible, everyone wants to be able to go out and be free, so it wasn’t a hard thing at all.” 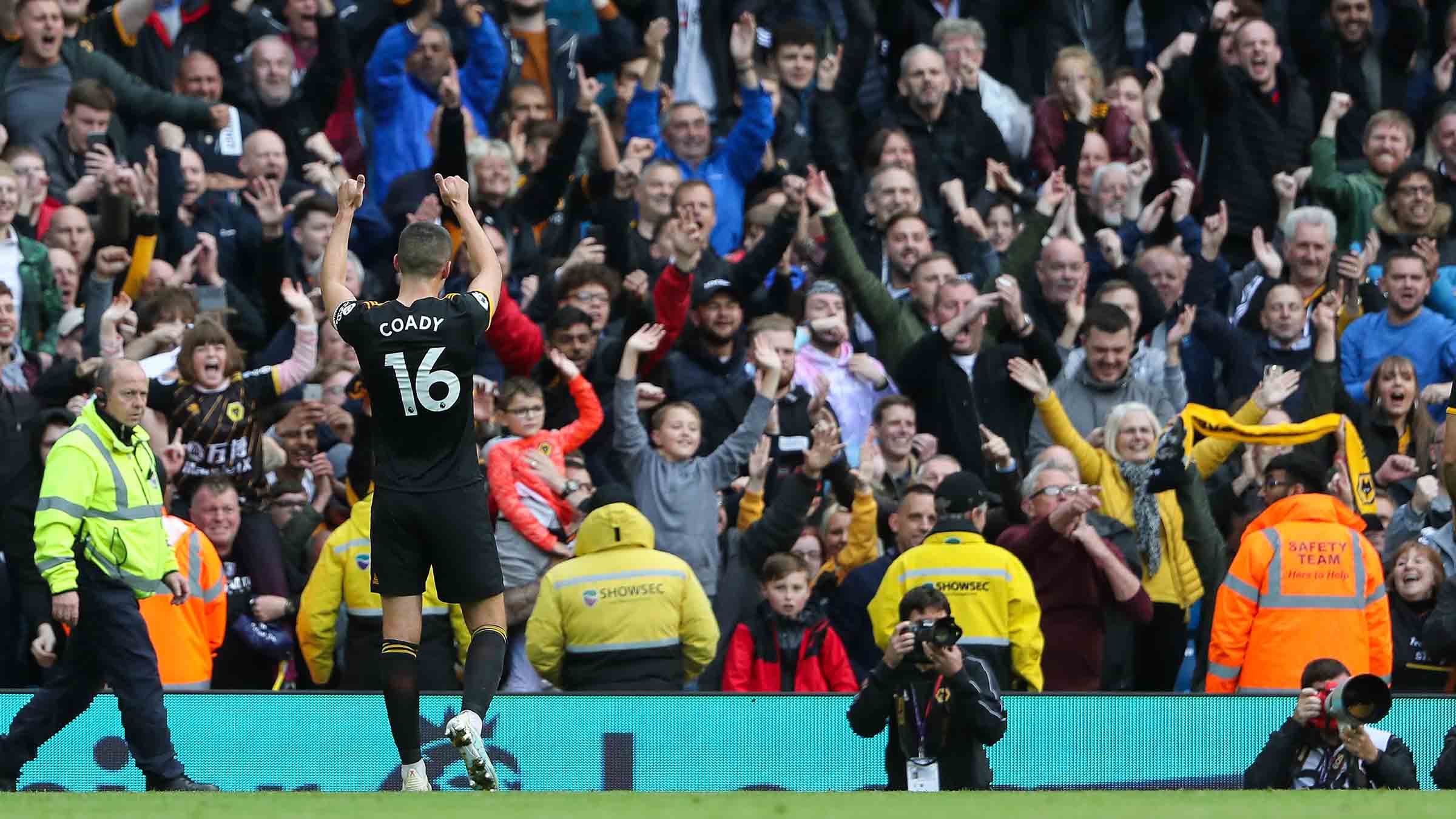 On Wolves’ efforts as a club

“The one for Wolves, we’ve been speaking about that for a few weeks. As soon as it happened, we spoke about it as a team and staff. It was important we did something because, the one with Jordan has been fantastic, but in terms of Wolverhampton itself, it’s important we help as much as possible.

“The support we get from Wolverhampton – Wolves is a massive part of the city; we know that and the gratitude we have as players is massive. People told us to wait to and see what was happening, and now we’ve done it it’s brilliant, but it’s to help the people who need and deserve it because that’s all we want to do – help as many people as possible.

“The world at the minute is a sad place and we want to get out as quick as possible.”