Olympiacos vs Wolves | 5 things to know

Wolves travel to Athens on Wednesday afternoon ahead of the Europa League round of 16 first leg against Greek Super League outfit Olympiacos. Here are five things to know as both sides look to take the early advantage ahead of next week’s tie decider at Molineux.

1. A FIRST TASTE OF GREECE

As Wolves take flight for Athens, it’s the first time an old gold side has faced a competitive match against opponents from Greece, but for Olympiacos, playing English opposition has been a regular occurrence, including two ties against teams from the Premier League in Europe already taking place this season. Olympiacos’ record at home to English visitors has seen the side win seven of their 16 matches, drawing four times, and losing five – with one of those four drawn matches having taken place earlier this season when Pedro Martins’ men came from behind to hold Tottenham Hotspur to a 2-2 draw in the Champions League group stages. Incidentally the first of Olympiacos’ goals in that match was scored by now-Wolves forward Daniel Podence. 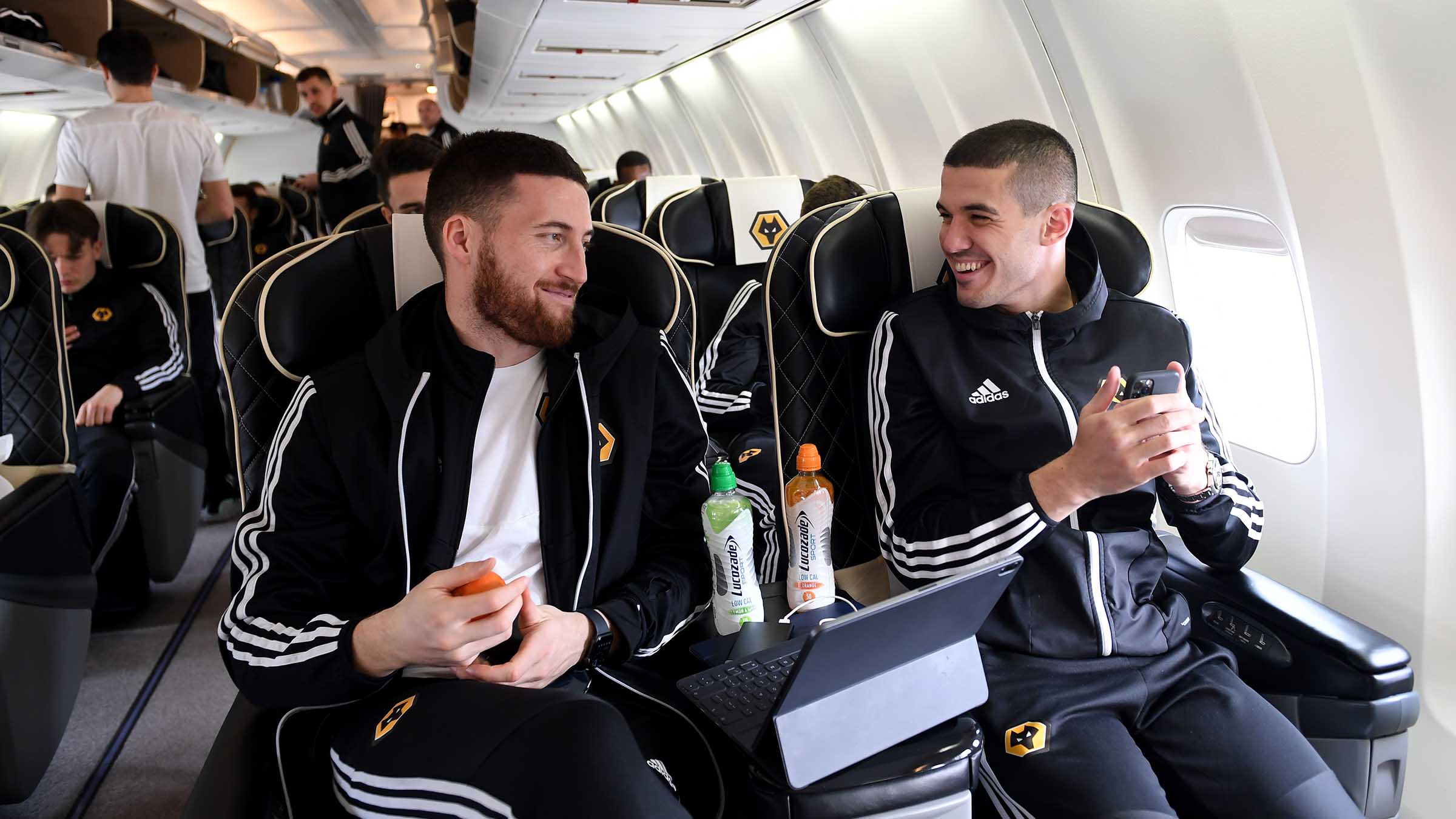 Reaching the last 16 of European competition is something Wolves have not achieved since 1971/72, with the team that year going all the way to the UEFA Cup final. But this current Wolves side are already on the club’s longest ever continental campaigns, playing their 15th European fixture of the season. Nuno Espirito Santo’s men were among six Europa League group stage debutants this season, and only one of the others, LASK, are still involved. Ferencvaros, Olexandriya and Wolfsberg were all eliminated in the group stage and Espanyol – by Wolves – in the round of 32. Perennial European competitors Olympaicos have never got past the last 16 stage of the UEFA Cup/Europa League, but their round of 32 success against Arsenal made it two consecutive victories in two-legged ties against English sides for Olympiacos following last season's UEFA Europa League play-off win against Burnley and they will be looking to extend that record when Wolves pay a visit on Thursday evening.

Returning to a club where he spent the 18 months in red and white, Daniel Podence will be representing the old gold on Thursday after making the switch from Olympiacos to Wolves in January. The Portuguese has made 24 appearances in European competition for the Piraeus club, scoring three times – including the previously mentioned effort against Spurs in the Champions League earlier this season. But Podence won’t be the only player reuniting with former teammates. Olympiacos defender Ruben Semedo played with Wolves keeper Rui Patricio for Sporting CP, the Greek side’s Portuguese stopper Jose Sa was a teammate of Willy Boly, Diogo Jota and Ruben Neves at Porto, while striker Youssef El-Arabi and Wolves defender Romain Saiss have been international teammates for Morocco since 2012. 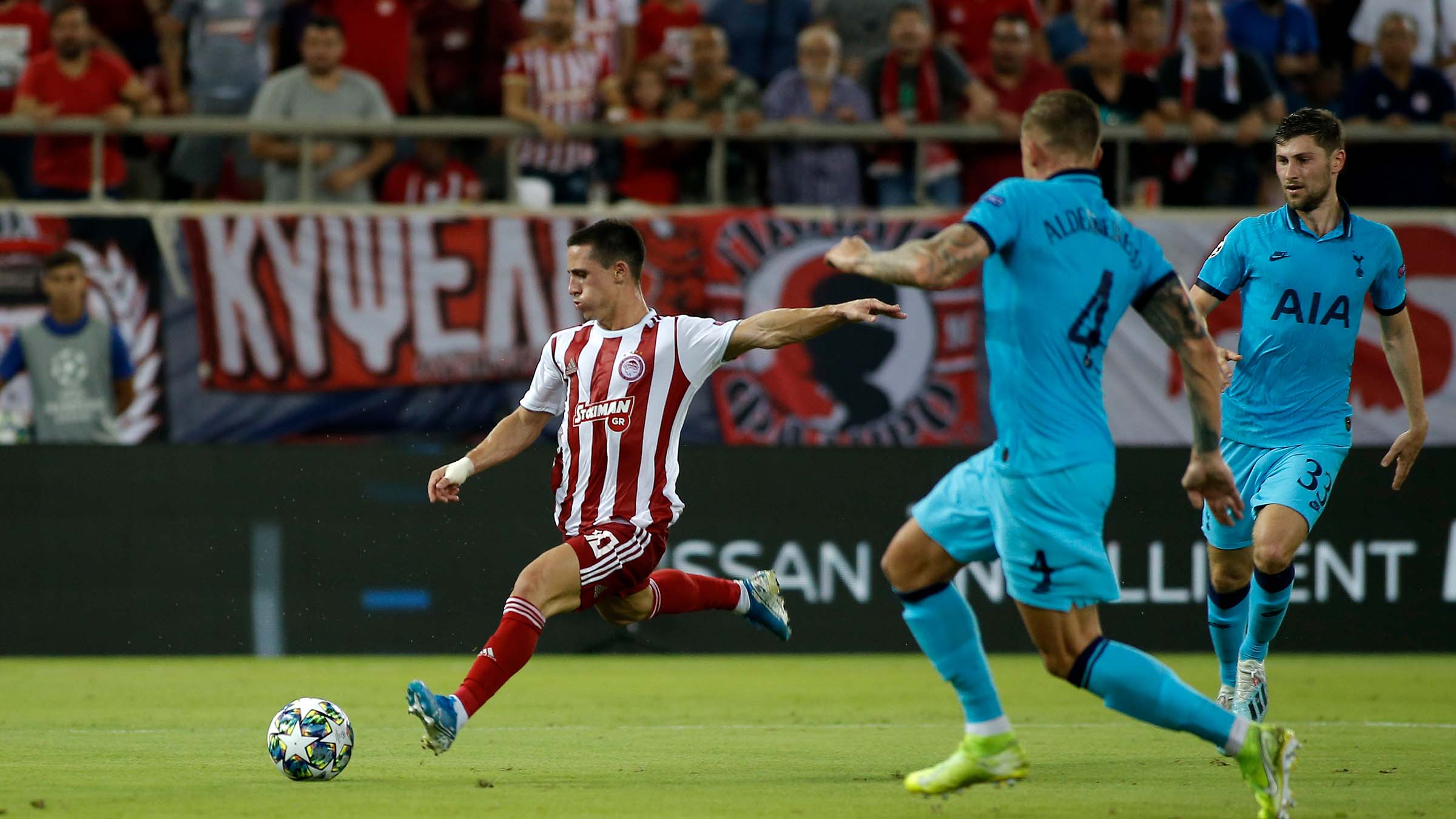 4. A BATTLE OF MINDS

The links between Wolves and Olympiacos don’t just take place on the pitch, but also in the dugouts, with both clubs led by Portuguese coaches. Nuno and Pedro Martins have met six times previously – all coming in the Portuguese Primeira Liga – with Martins winning twice and drawing twice as his Maritimo side took on Nuno’s Rio Ave, after Nuno replaced Martins as coach of the club in 2014. However, Nuno’s Porto won home and away against Martins’ Vitoria SC in 2016/17.

After a request for the tie to be postponed being rejected by UEFA on Tuesday, Nuno insisted his team will be fully prepared for the challenges they will face on and off the pitch when they take on Olympiacos on Thursday night. 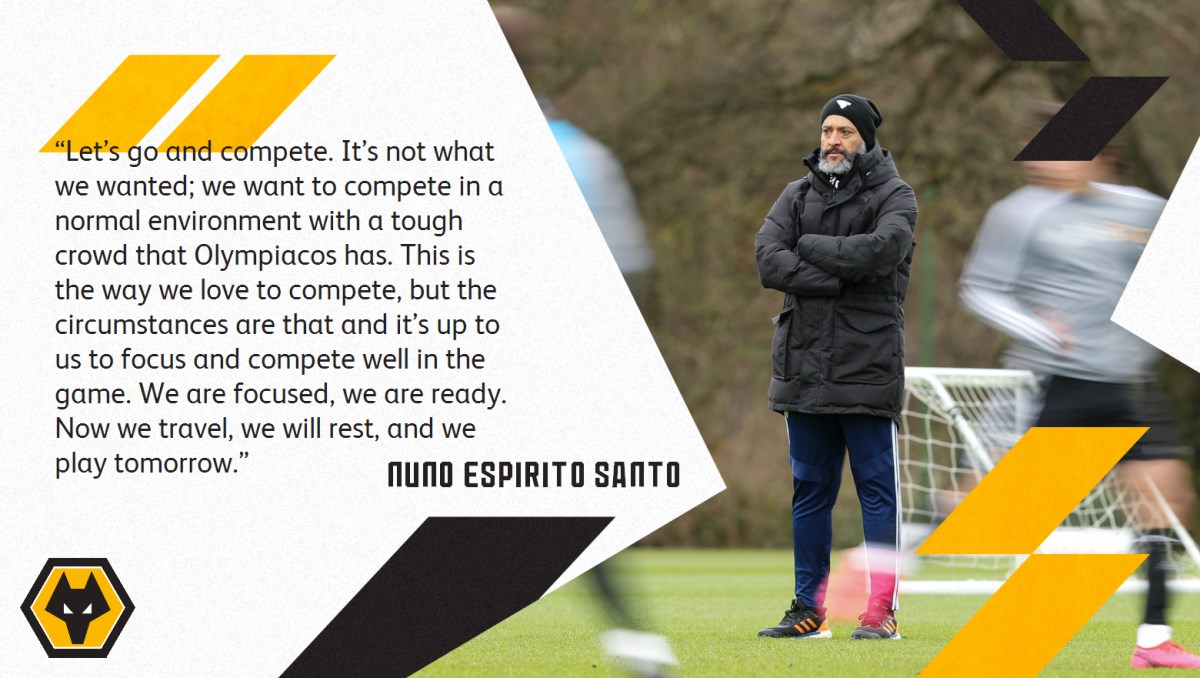