Wolves enjoyed a first trip to the Tottenham Hotspur Stadium to remember on Sunday, twice coming from behind before going on to win thanks to Raul Jimenez’s strike. Here are five things spotted on a memorable afternoon in the capital.

Nuno Espirito Santo spoke of how Wolves have embraced the challenge of balancing the Premier League and Europa League and the results mirror his words. Of the 12 Premier League games which have followed Europa League ties this season, Wolves have lost just two, with the two recent RCD Espanyol ties being followed by victories over Norwich City and, on Sunday, Tottenham. It’s a record Wolves will look to continue when they face West Ham United and AFC Bournemouth on the back of Olympiacos ties later this month.

Matt Doherty was amongst the goals yet again at the Tottenham, continuing his incredible form in front of goal in the Premier League. Sunday’s strike was his fourth in the league this season, making that eight in the top-flight since the start of last season, seeing him become the joint-highest scoring defender in that time, alongside Liverpool’s Virgil van Dijk. Of course, the Irishman’s form extends beyond the Premier League – he is now on seven goals for the season and has directly been involved in four goals in his last three games, including providing the assist for Diogo Jota on Sunday – incredible form from the flying wing back. 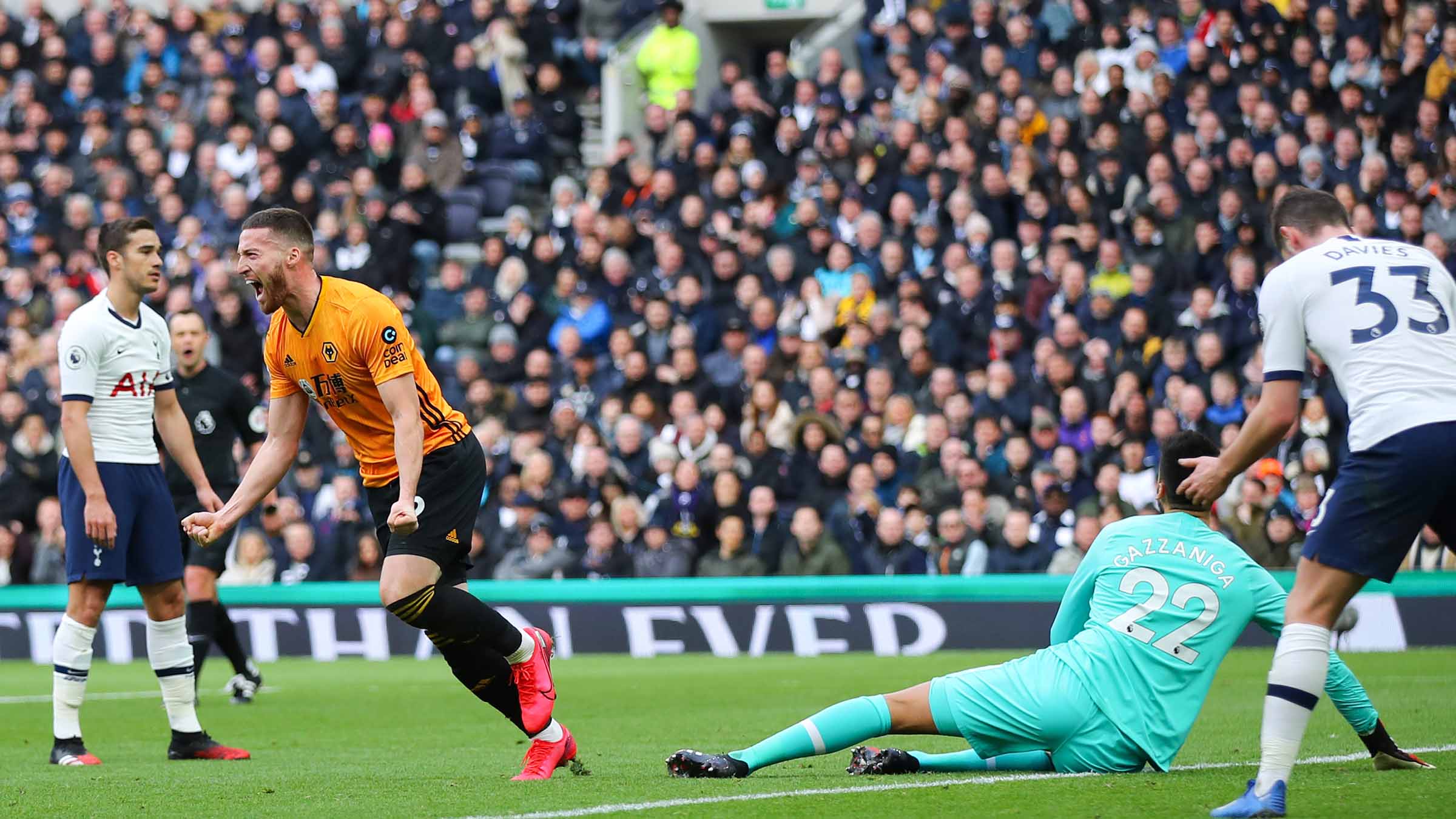 Interchanging formations have been a theme of Nuno’s Wolves in recent weeks and the last two Premier League fixtures have proved how useful a skill it is. The head coach favoured a 3-5-2 formation against Norwich last week and was rewarded with victory and an impressive striking partnership between Diogo Jota and Raul Jimenez. On Sunday, Wolves reverted back to the more familiar 3-4-3, which saw Adama Traore help form a three-pronged attack and all three combined for the second goal, before Jota and Jimenez devastatingly cut Spurs open for the third. The versatility is now a key asset of Wolves’ team moving forward.

Within 27 minutes at the Tottenham Hotspur Stadium, both teams had found the net, meaning 20 of Wolves’ 28 Premier League fixtures have failed to yield a clean sheet for either team. Of those 20 entertaining games, Wolves have won six and drawn nine. Also, Steven Bergwijn’s opening goal on Sunday put Wolves behind once again in the Premier League – a position they’re familiar with. However, yet again Nuno’s side fought back from a losing position and have now claimed 35 points from behind in the Premier League since the start of last season – six more than anyone else in that period.

Sunday was Wolves’ first game at Tottenham Hotspur’s new home, which opened in April 2019, and it was one to savour. Conor Coady led the team out as normal and was delighted Wolves were able to mark the occasion with an historic victory. 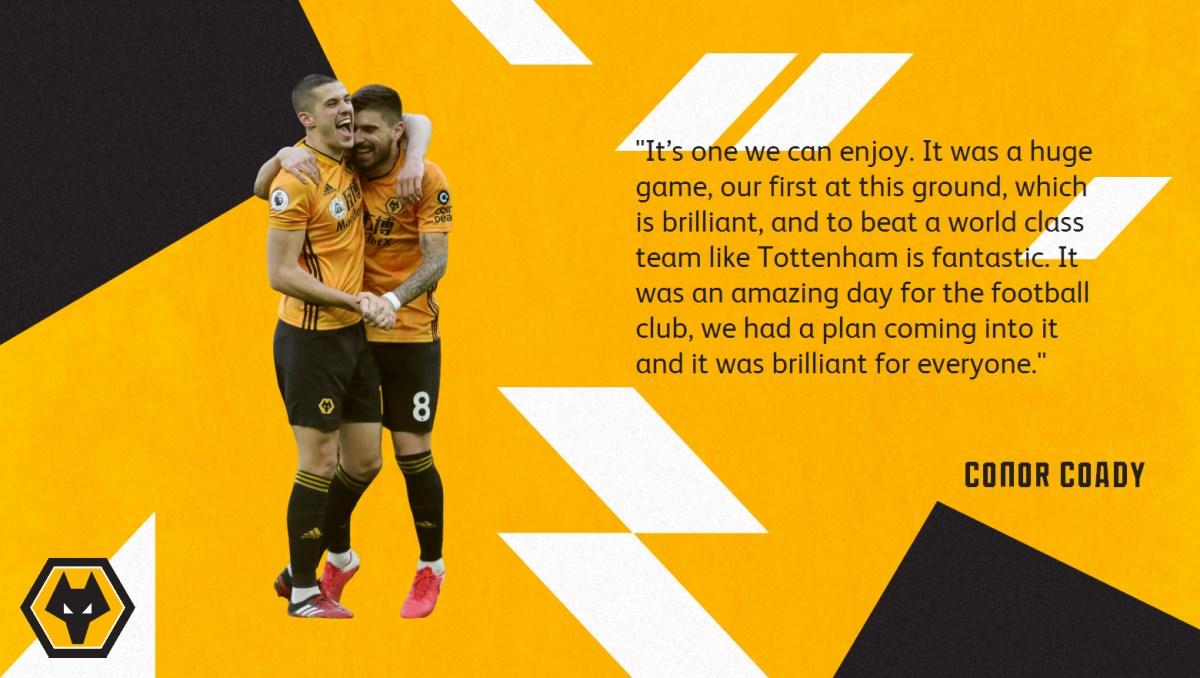