Wolves players could hold their heads high despite ending up on the wrong side of a 2-1 scoreline against Premier League leaders Liverpool at Molineux, with several impressive performances by Nuno Espirito Santo’s men. Here are five things we spotted from Thursday night’s tight contest with the Reds.

1. TOE-TO-TOE WITH THE LEADERS

Although ultimately disappointed to not get a result against the side that many say are currently the best in the world, Wolves will be proud with their display in front of a raucous Molineux crowd, who sang their hearts out for the full 90 minutes of Thursday night’s contest, pushing Nuno’s side on as much as they could. Going toe-to-toe with Liverpool for the entire match is not something many teams have been able to do this season, but Wolves more than matched the Reds on the night, although they did concede the first goal for the eighth consecutive match, forcing another miraculous comeback if they were to get anything from the match. However, the old gold did better their opponents on dribbles completed and aerial duels, as well as equalling Liverpool in their defensive duties of the amount of tackles made and times they disposed the opposition. 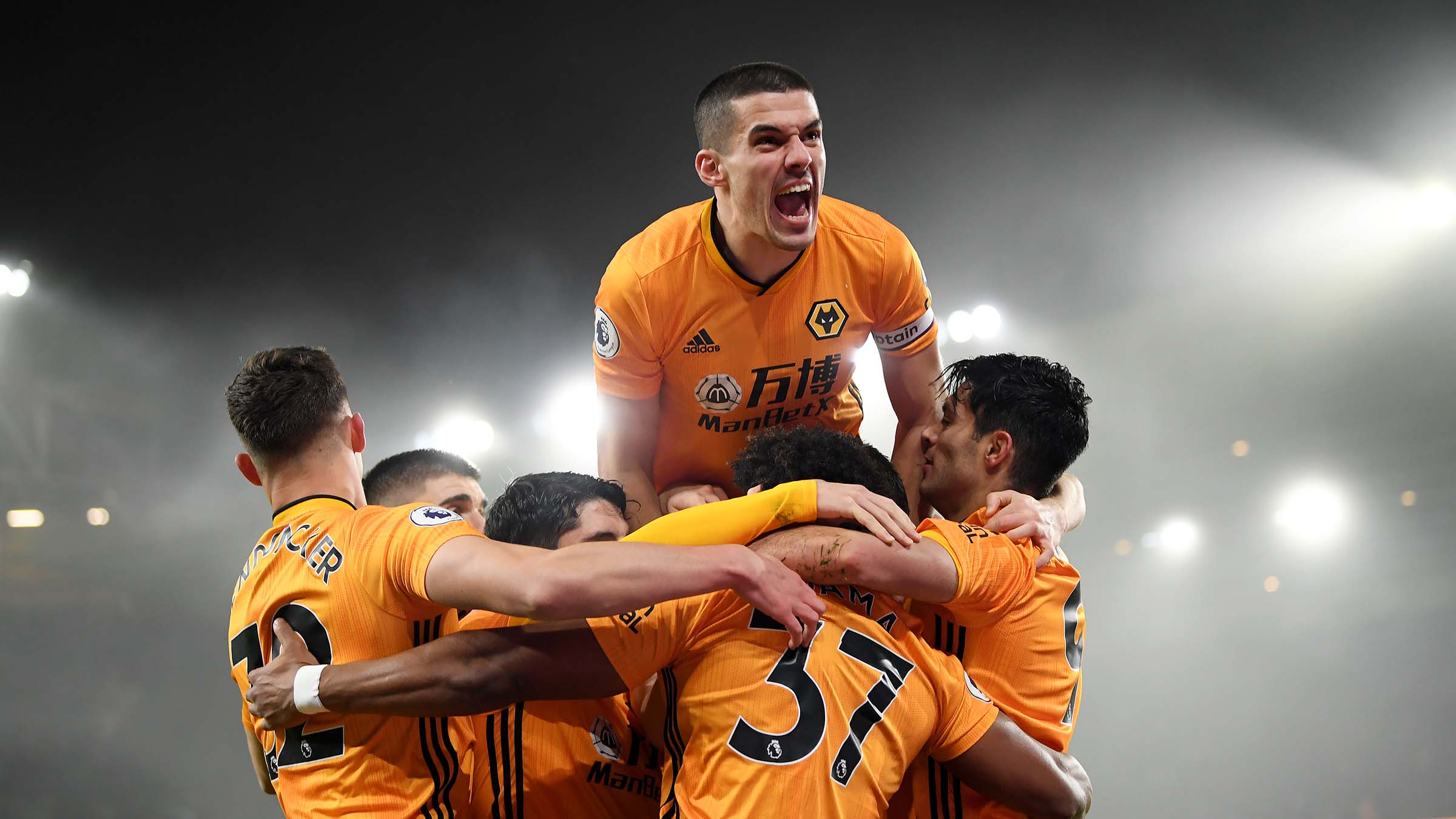 Linking up once again to bring Wolves level, Raul Jimenez and Adama Traore have formed a formidable partnership in attack, but the pair have been greatly aided by the work rate of Pedro Neto, whose pass accuracy stat of 92.9 per cent was the best out of anyone in a gold and black shirt against Liverpool. Wolves’ equaliser was the eighth time the duo of Traore and Jimenez, who is now the third Premier League player to net 20 or more goals in all competitions this season, have combined for a Premier League goal in 2019/20 – more than any other partnership in the competition, while the Jimenez’s header also ended Liverpool’s run of 725 minutes without conceding a Premier League goal.

Liverpool boss Jurgen Klopp was full of praise for Wolves following the final whistle in their tight battle, but the German reserved special mention for Traore, calling the Wolves speedster ‘pretty much unplayable’, adding: “I’ve said it a couple of times and it’s still true. He keeps the ball, holds the ball, and sets up goals.” The Wolves winger had another great game against Liverpool, continuing the blossoming form which he’s been demonstrating this season, demonstrated in the following stats… 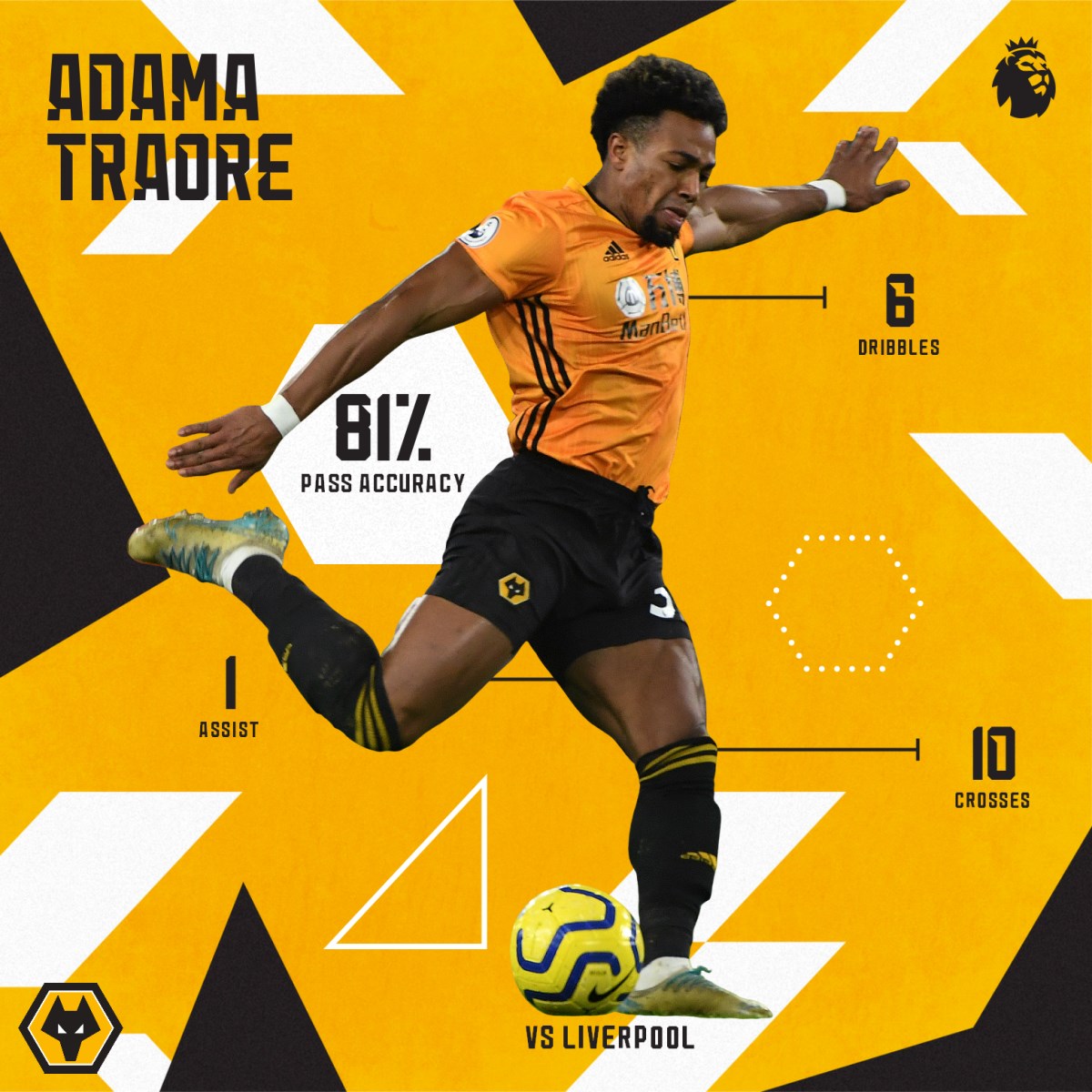 4. A GIANT BETWEEN THE STICKS

Facing 13 shots by Liverpool, keeper Rui Patricio was unfortunate to have been beaten twice in the contest after making numerous saves to keep his side in the match. The Portuguese number one could do nothing to stop Jordan Henderson from heading in Liverpool’s opener or Roberto Firmino’s winning goal, but he was at his best to deny Mohamed Salah’s effort early in the second-half when he stood up strong against the Egyptian who had burst through on goal. After Wolves had their equaliser, Patricio had to be alert to stop Firmino making it 2-1 when he got down quickly to block the Brazilian’s low shot with his legs.

Although matching Liverpool for much of the game, Wolves had to settle for their fourth consecutive home league defeat against the team from Merseyside, who have now amassed 67 points from a possible 69 this season – five more than any side in English top-flight history have after 23 games. But Ruben Neves knows his team-mates can take a lot of confidence from their narrow defeat. 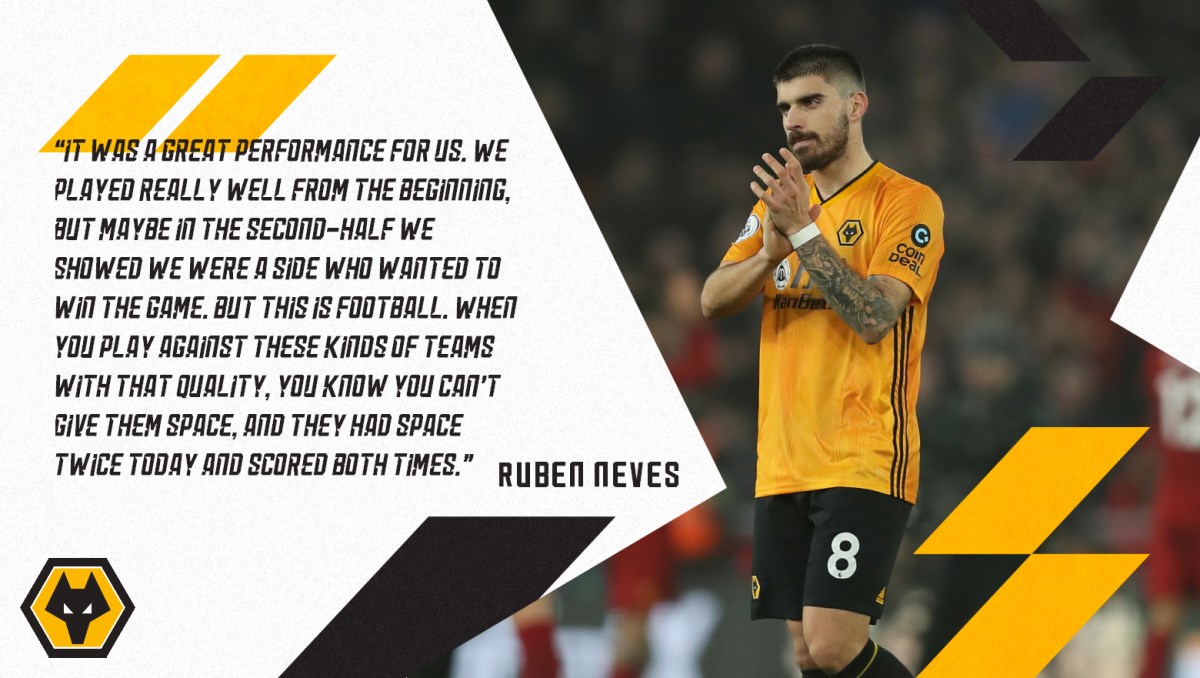