Just over three weeks since they last went head-to-head in the top-flight, Wolves take on Premier League leaders Liverpool aiming to put the first major dent in the Reds’ run to the title. Here are five things to know ahead of Thursday night’s clash between the two busiest teams in the division at Molineux.

The kings of the comeback – Wolves are undisputed Premier League champions of fighting till the end of a match and not knowing when they are beaten, with Nuno Espirito Santo’s side earning 18 points in their current top-flight campaign from a losing position, seven more than any other team. Wolves have only been leading matches for just 305 minutes in the Premier League this season, the least amount of any side, while Thursday night’s opponents Liverpool are the complete opposite, having led for the most; 1,160 minutes. The fact that Wolves have scored 68 per cent of their league goals after half-time since the start of last season – the highest proportion of any current top-flight side – shows that even if behind at half-time, you should never write off those in gold and black. That was proved beyond doubt in Saturday afternoon’s comeback against Southampton. 2-0 down at half-time, up pops Pedro Neto and Raul Jimenez, with the help of Adama Traore, to give Wolves the 3-2 win. 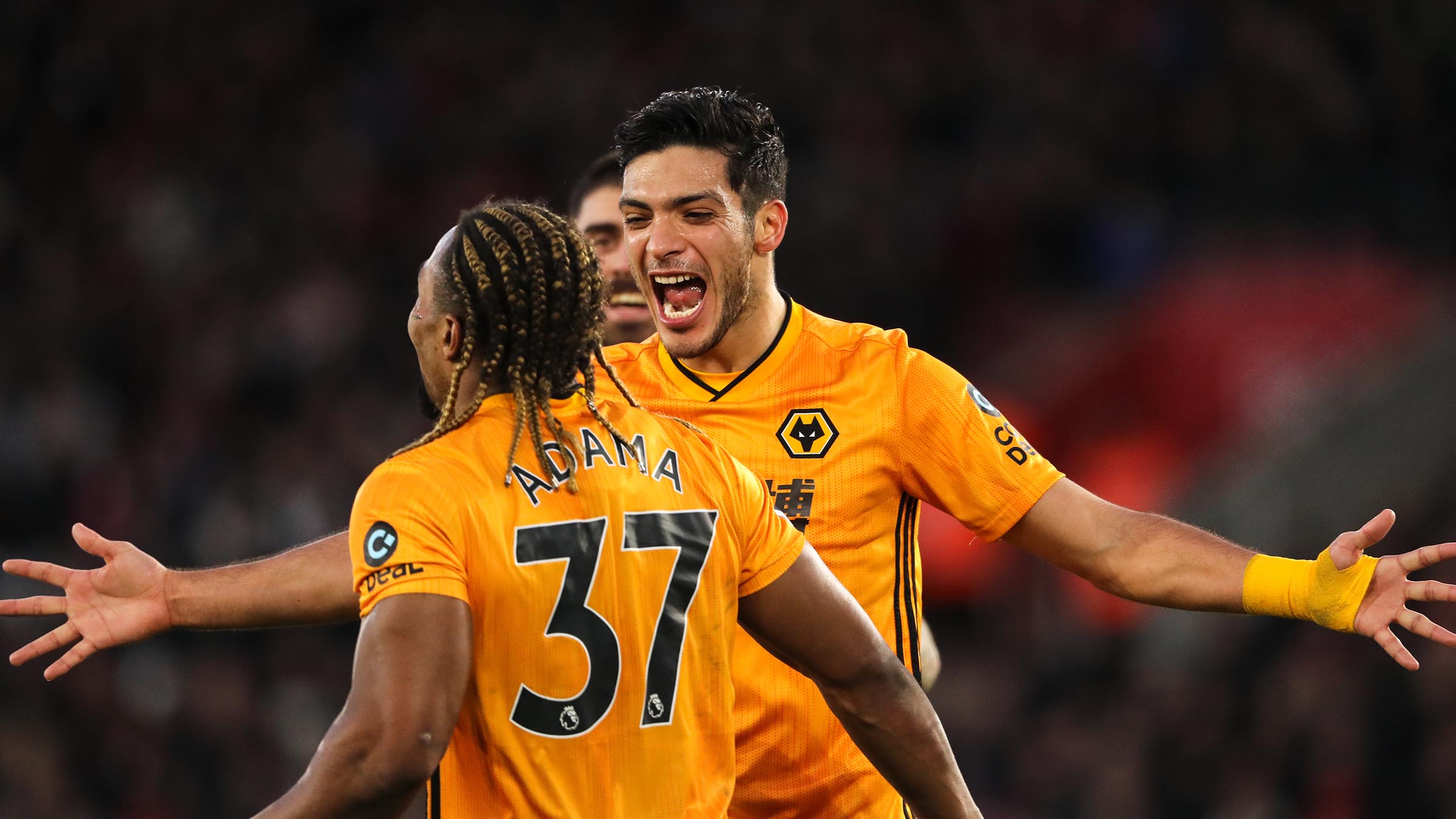 There are not many better places to watch football than during an evening under the Molineux lights, when the atmosphere becomes electric. The noise around the stadium would be enough to take the roof off – if there was one – and it’s expected to be the case once again when Liverpool are the visitors on Thursday night. The atmosphere off the pitch has transpired onto it in recent night fixtures in Wolverhampton, with Nuno’s men being unbeaten in their past seven home kick-offs past 7pm in the Premier League – winning five and drawing two.

One of the Wolves players in the form of his life this season is the old gold’s leading man – Raul Jimenez. Described as ‘having everything’ by former Arsenal striker Ian Wright and ‘brilliant’ by record Premier League goalscorer Alan Shearer after his part in Wolves’ stunning second-half comeback against Southampton at the weekend, the number nine is breaking records with every performance in a Wolves shirt. His latest feat came against the Saints, with his two goals seeing Jimenez jump up to 23 Premier League goals, becoming Wolves’ leading scorer in the top-flight since 1992, overtaking the 22 scored by Steven Fletcher at the start of the previous decade. 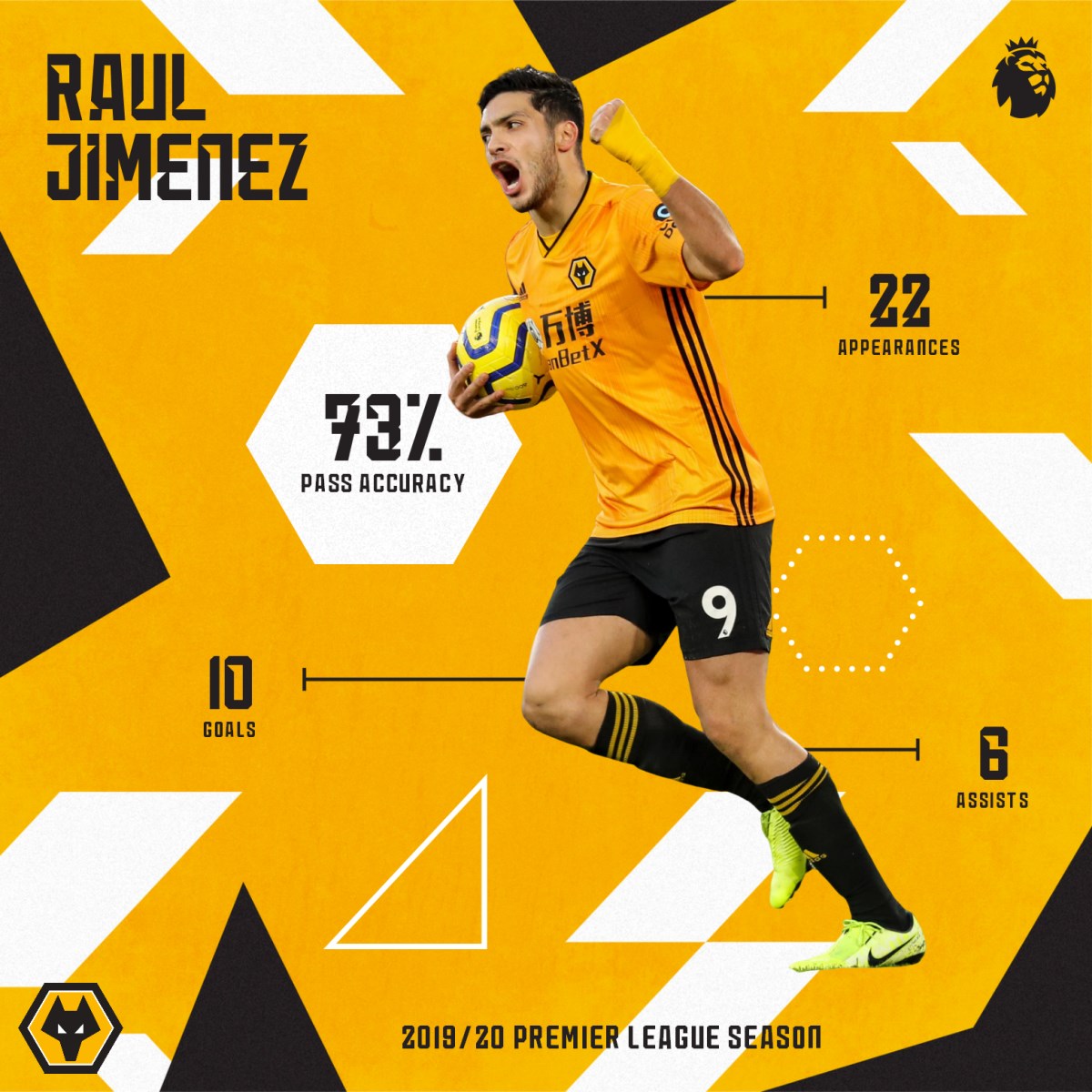 4. CREATING OUR OWN HISTORY

Although history isn’t too kind to Wolves when it comes to facing Liverpool in the Premier League – winning just one of the 11 meetings between the two sides, losing the last six and scoring just once, while Liverpool haven’t lost at Molineux in league matches since August 1981 – this is a new Wolves team who are creating their own history. Since the beginning of last season, only the Reds and Manchester City have managed more points against the ‘big-six’ opposition than Wolves, who have taken 24 from those established sides. That tally could have increased to 26 had Pedro Neto’s goal not been overruled by VAR at Anfield in the reverse fixture last month.

After conceding the first goal in a league-high 16 different Premier League games this season, including each of the last seven in a row, Wolves know they need to make a quick start to their game against Liverpool if they want to inflict the Reds’ first league defeat this season. Captain Conor Coady, a Liverpudlian through and through who came up through the Academy at Melwood, knows Wolves can’t only rely on their second-half exploits if they want to get the result they are aiming for on Thursday night. 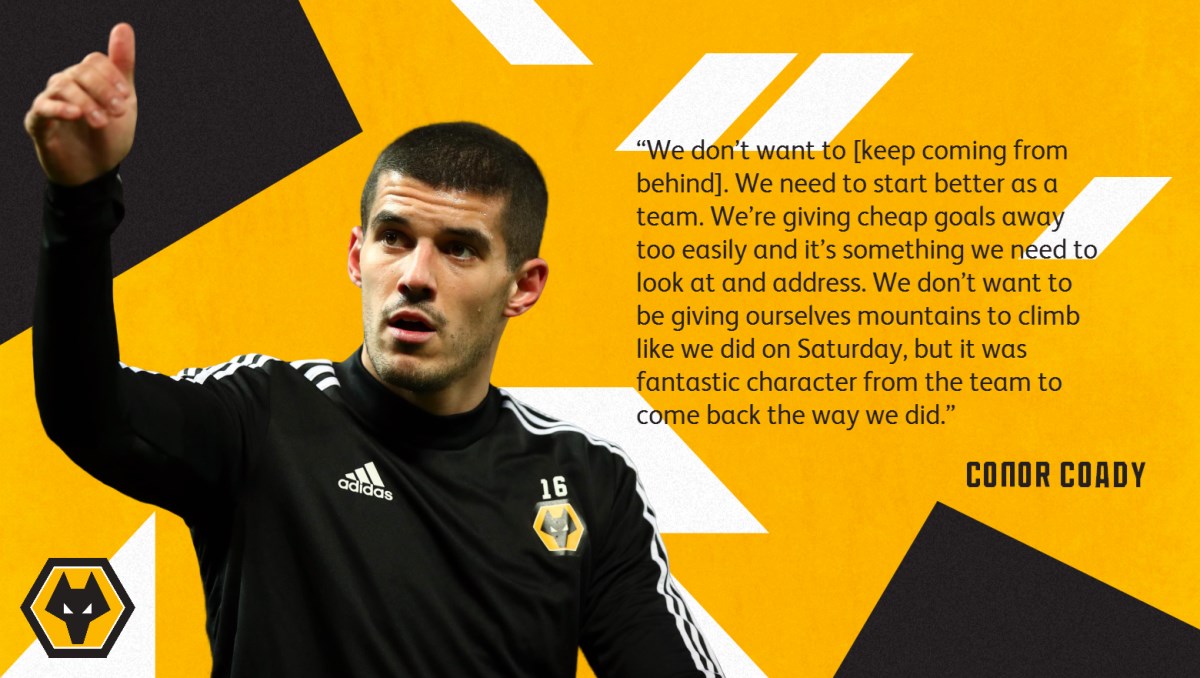