Goals from Leander Dendoncker and Patrick Cutrone secured a 2-0 victory for Wolves over West Ham United at Molineux on Wednesday night, which lifted the team back up to fifth spot in the Premier League table, but here are five other things we spotted from the latest game in Nuno Espirito Santo’s side unbeaten run.

Another game unbeaten for Wolves means the team have now gone 10 matches without defeat for the first time ever in the Premier League era. But more impressive than that, is that Wednesday night’s victory meant Nuno’s men have now emulated a 10-game unbeaten run in the top-flight of English football for the first time since January 1972. That season, Wolves were also in Europe – the UEFA Cup back then, which is now the Europa League – going on to reach the final of the competition. One more game unbeaten for Wolves on Sunday at Brighton & Hove Albion will match a record which has stood since the club was under the stewardship of the legendary Stan Cullis. 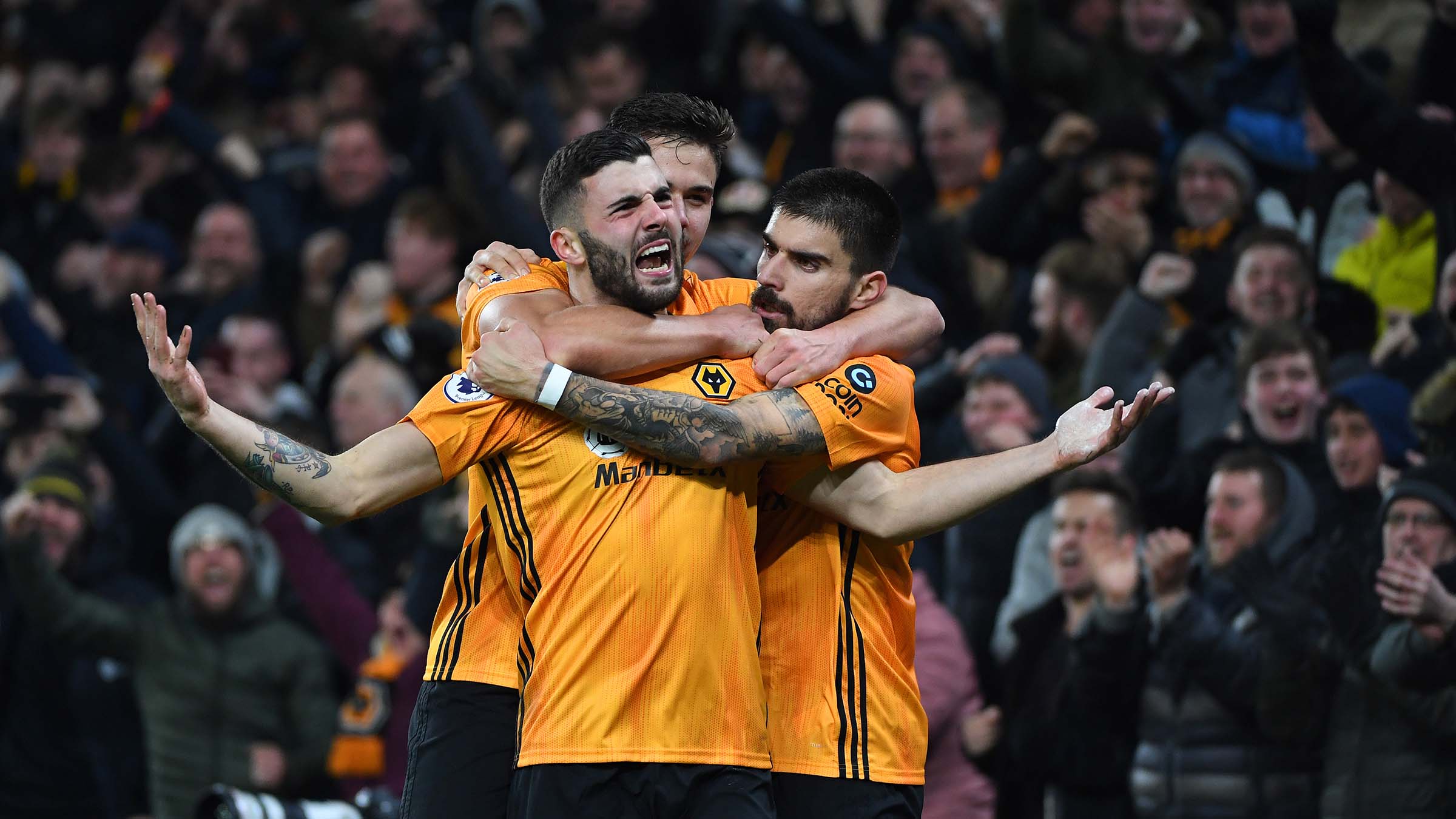 Molineux has become a fortress for the team in the past 12 months, with Nuno’s men failing to pick up at least a point in just one of their previous 15 home Premier League games, winning eight and drawing six of those matches. Leander Dendoncker’s 23rd minute goal in Wednesday night’s victory against West Ham also extended the team’s run of scoring in each of their last 10 Premier League games at Molineux, which is the club’s best in the top-flight since February 2004, while the last time Wolves failed to score in a Premier League match was on the opening day of the 2019/20 season when Dendoncker’s finish against Leicester City was ruled out by VAR for an apparent handball by Willy Boly in the build-up.

One away from joining Matt Jarvis as Wolves’ greatest ever Premier League assist king, Joao Moutinho was pulling the strings from the centre of midfield once again on Wednesday night. The Portuguese legend, who many supporters of a certain age have named as the best player they have ever seen wearing the old gold, was instrumental in securing Wolves’ third consecutive win over West Ham - another first for the club - curling in a delightful corner for Dendoncker to divert into the bottom corner of David Martin’s net. Moutinho, currently on 12 Premier League assists behind Jarvis’ 13, was unfortunate not to have provided Romain Saiss with a pair of goals on the night, with the Moroccan heading two of Moutinho’s set-piece deliveries wide of the posts. 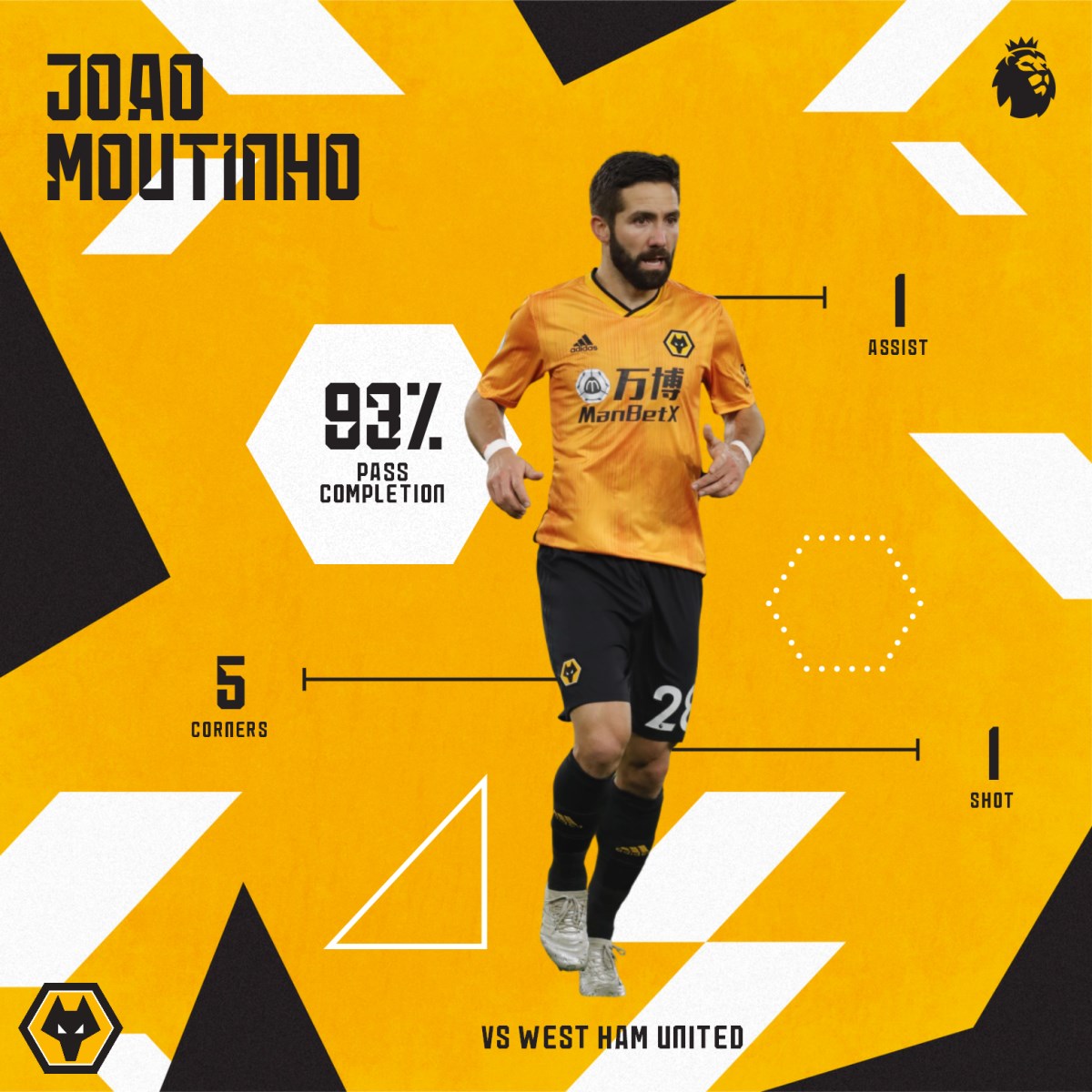 Visibly emotional after his match-winning contribution against West Ham, Patrick Cutrone has taken to the hearts of supporters with his efficacious, never-say-die attitude after swapping the red and black of the Rossoneri for the gold and black of Wolves during the summer. With his third goal for Wolves, and his second in the Premier League from just 286 minutes on the pitch, the Italian striker has seen his playing time limited in previous weeks due to the outstanding performances from Raul Jimenez as the focal point of Wolves’ attacks. But just two minutes after coming off the bench on Wednesday night, Cutrone got the chance he needed to extend Wolves’ lead after being teed up by fellow sub Pedro Neto to fire the ball into the bottom corner of the net from the edge of the penalty area – practically securing the three points for his side.

A move to the right side of the back three following injury to Ryan Bennett has been a seamless transition for Leander Dendoncker. The Belgian might not have reached his consistently high standards against Sheffield United on Sunday, but he was back with a bang in midweek as he got his boot on the end of Moutinho’s 23rd minute corner to put Wolves in front. Dendoncker was delighted with his key contribution to the match at both ends of the pitch, as Wolves recorded their first Premier League clean sheet since September in the 2-0 win over Watford. 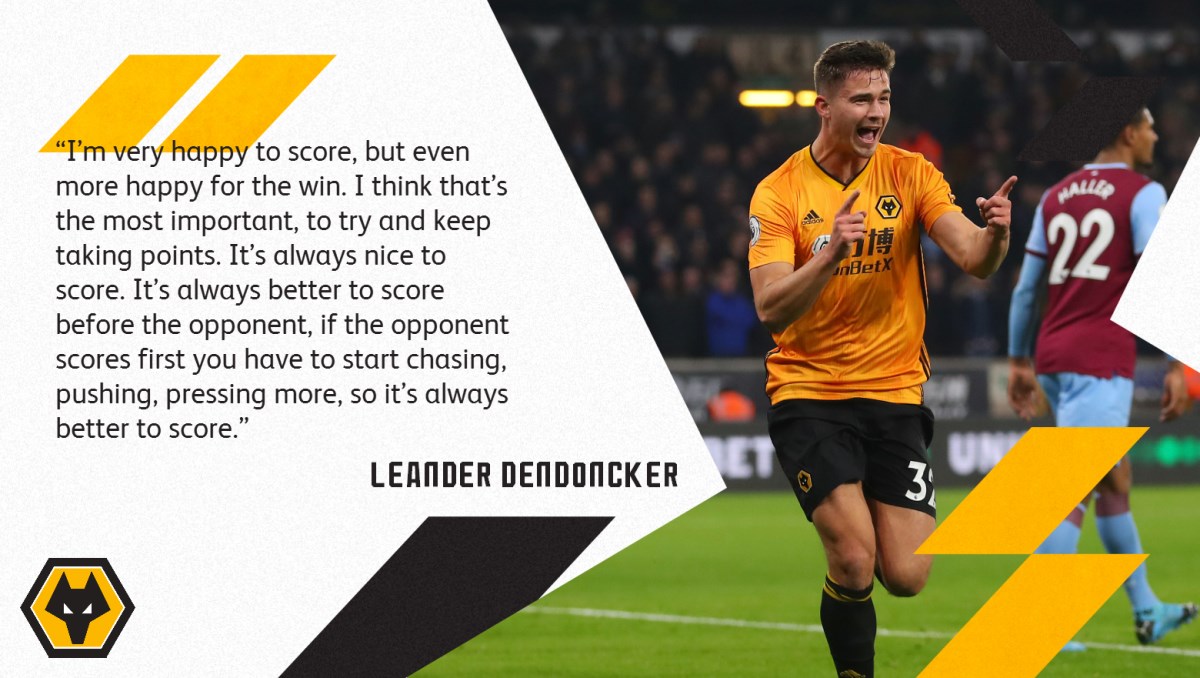