Just three days after Wolves came from behind to secure a point against Sheffield United at Molineux, Nuno Espirito Santo’s men are back at the golden palace as they take on West Ham United in a bid to replicate last season’s 3-0 victory over the Hammers. Here are five things to know ahead of the 7.30pm kick-off.

With their comeback draw against the Blades on Sunday, Wolves extended their unbeaten Premier League record to nine matches (four wins, five draws). A point or more against the Irons on Wednesday evening will see Nuno’s men match the last time the club went 10 top-flight matches without defeat, which came in January 1972. Sunday’s draw also gave Wolves their highest top-flight points tally after 14 matches since 1979/80, and recent history is also in the club’s favour when it comes to extending that total with Wolves losing just one of their last 10 Premier League matches in December. 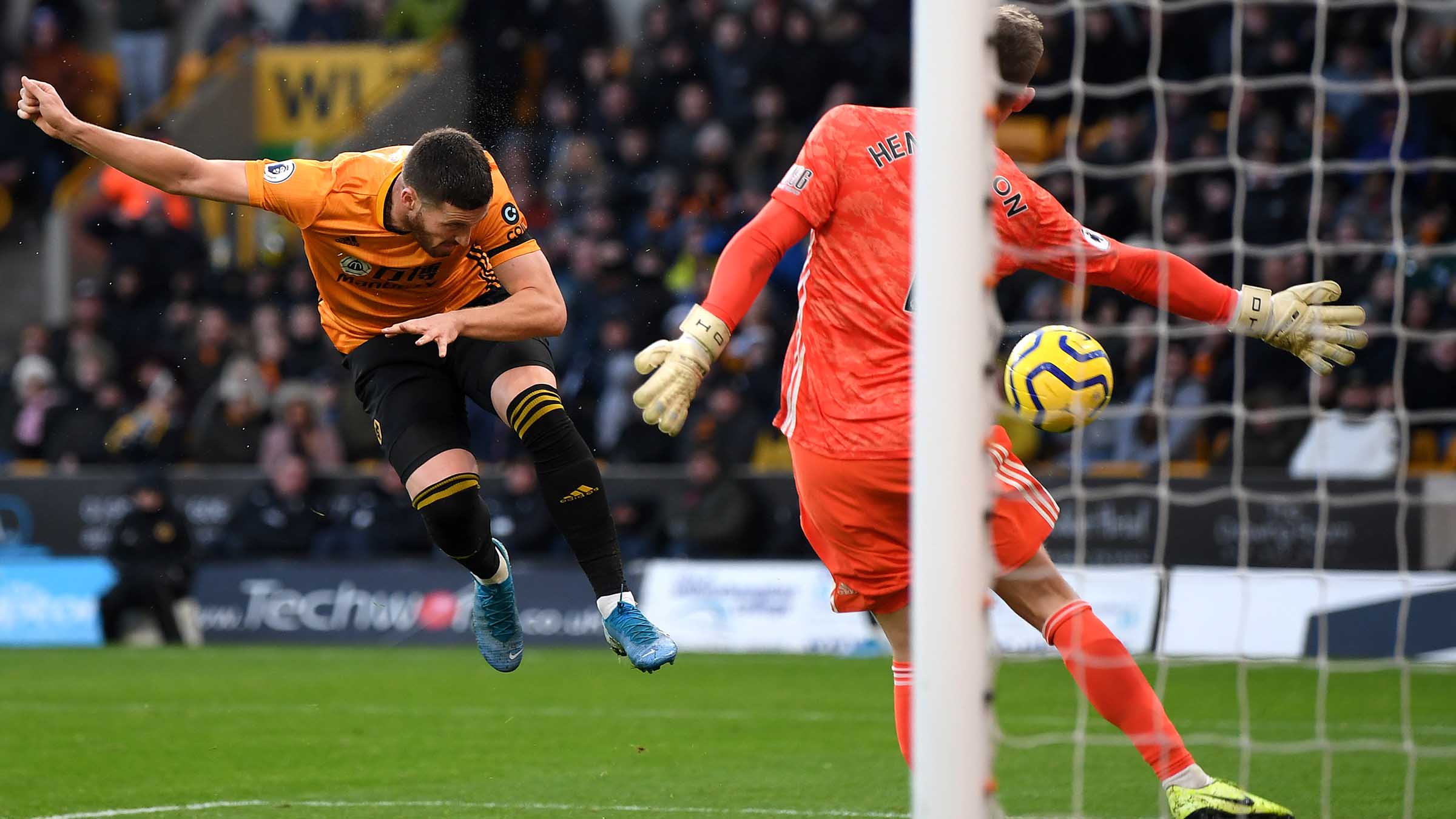 Another Molineux first this evening will see the team streamed live on Amazon Prime Video. The visit of West Ham is the first of two Wolves matches this month which will be streamed on the service, with the Christmas fixture at home to Manchester City on Friday 27th December also selected for coverage. But with the new broadcaster, also comes an earlier kick-off time of this evening’s match of 7.30pm instead of the usual weekday evening start time of 7.45pm. Supporters have been reminded about the 15 minute change, but 7.30pm kick-offs are not unusual for Molineux, with many of Wolves’ midweek matches in the 1970s and 1980s regularly starting at this time.

3. PLAYER OF THE MONTH

The PFA Player of the Month for November was one Mr Raul Jimenez, after earning an almost unprecedented 75 per cent of the public vote. The Mexican forward was in superb form for club and country over the last month, scoring in all three of his matches in gold and black, helping Wolves to seven points from nine and continuing his form in the Europa League as well. He also scored twice and set up a winning goal for Mexico while on international duty. But it’s not just in November where Raul has been shining, Wolves’ number nine has been involved in 12 goals in his last 10 Premier League appearances, with seven goals and five assists – including his cross to Matt Doherty for the equalising goal on Sunday against Sheffield United. 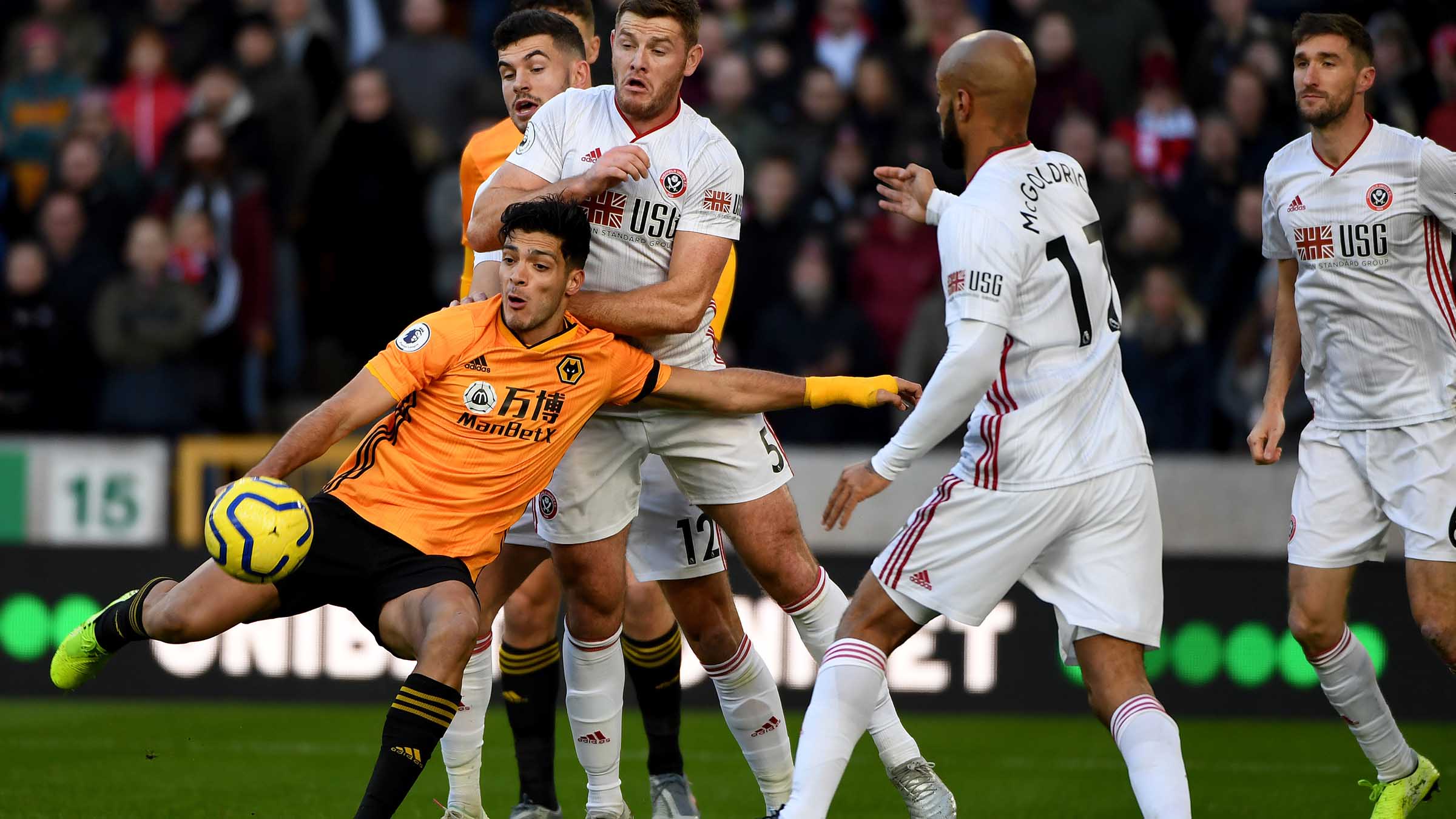 4. UNITE AS ONE PACK

Wednesday evening’s Premier League match against West Ham is Wolves’ designated ‘rainbow laces’ fixture, which will see the club raise awareness of the work of Stonewall’s nationwide campaign. It aims to make sport everyone’s game, with football clubs across the country showing their support for LGBT people in sport, and tonight, Conor Coady will wear a rainbow coloured captains armband, while the corner flags will be rainbow coloured. Wolves supporters will also display their own anti-discrimination message at the match this evening, with a new banner showing the words ‘we unite together as one pack’ being unveiled on the pitch as the players walk out of the tunnel before kick-off.

Last season, Wolves won both meetings with the Hammers – a 1-0 win at the London Stadium in September and a 3-0 win at Molineux in January – but the team in goal and black have never beaten those in claret and blue in three consecutive league matches. However, West Ham’s recent record at Molineux has seen the side win just one of the last seven league away games against Wolves. But Adama Traore, who netted his first goal for Wolves in the 1-0 win over the Irons last season, knows how tough the game will be this evening. 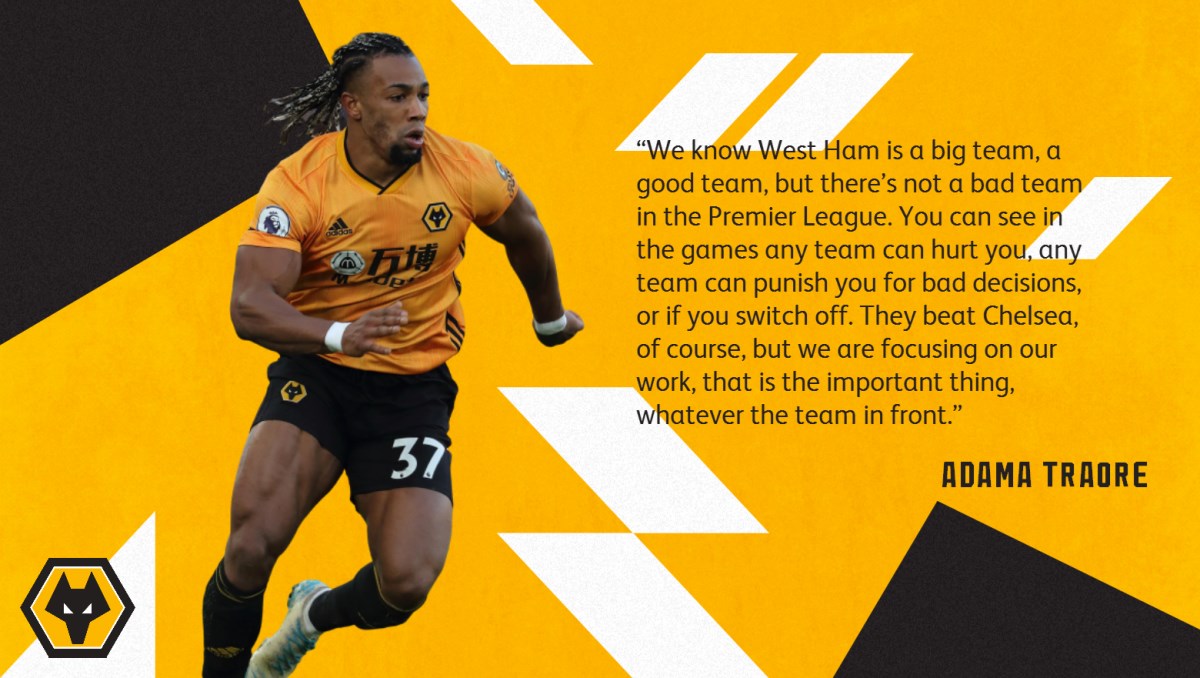