It was almost a perfect day on the south coast on Saturday as Wolves dominated a first-half against AFC Bournemouth to secure another three points. Here are five things we spotted as Nuno Espirito Santo’s men moved up to fifth in the Premier League table.

In just the fifth league meeting between the two clubs in Bournemouth, Wolves finally tasted victory on their travels to Dorset. Of the previous four away fixtures, Wolves have failed to win on all four occasions, picking up two draws in those meetings. But history was made on Saturday as Joao Moutinho and Raul Jimenez’s goals proved the difference to fire their team to victory over the Cherries on their own patch. Wolves were well worth their victory, making eight more shots, five more shots on target and 66 more passes in the match than Bournemouth managed. Wolves also had more possession and a greater pass completion percentage than their opponents. 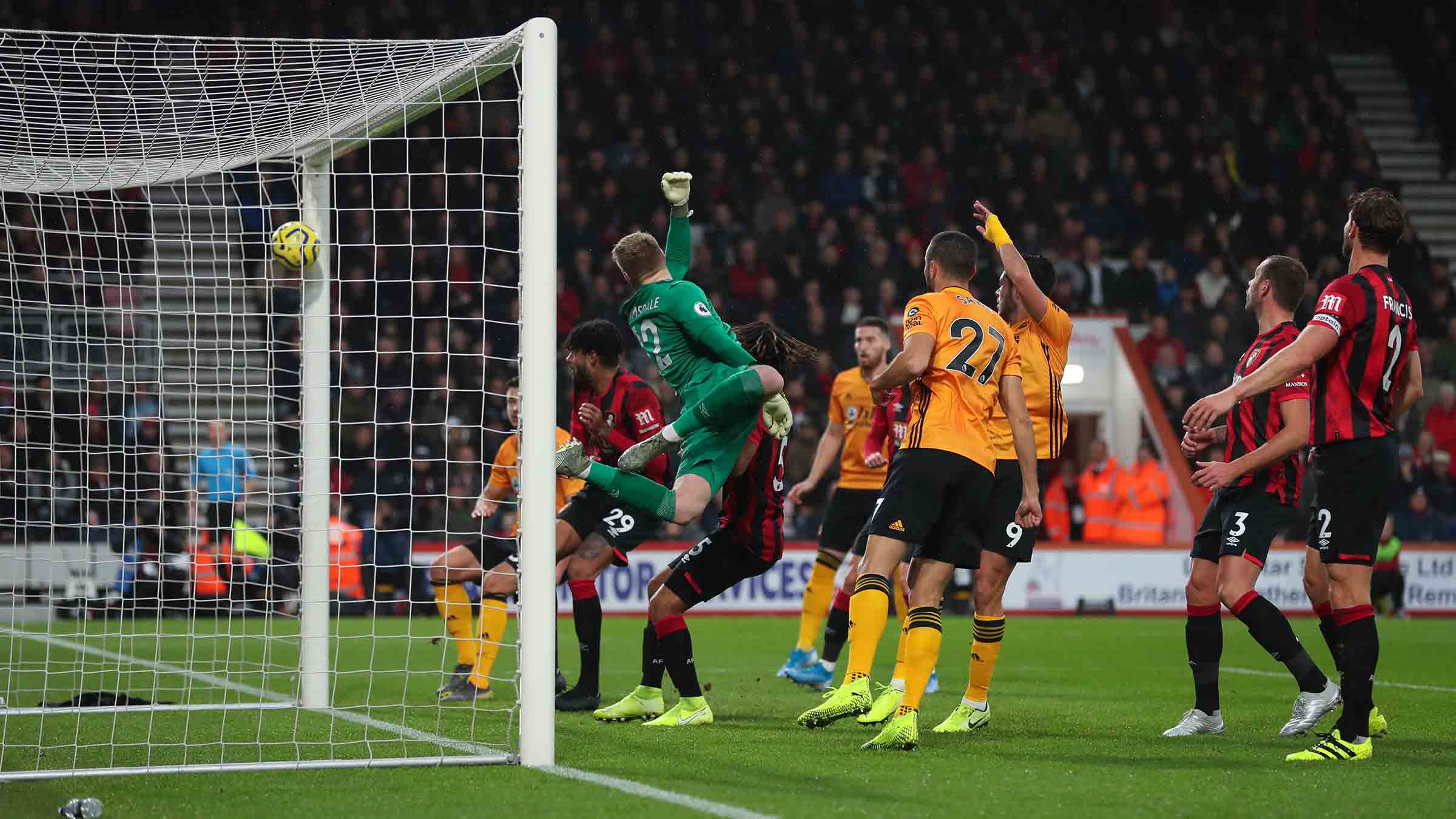 After a slow start to the Premier League season, Wolves are beginning to show the form that fired them into seventh spot and a place in Europe with back-to-back performances of the highest standard. Although Nuno’s side have had to settle for a pair of 2-1 victories over Aston Villa and Bournemouth, they were well deserving of the six points and could have run up a cricket score in both fixtures due to the amount of chances they created in those games. The win extends Wolves’ unbeaten Premier League run to eight matches, their longest in the top-flight since February 1974. While only Liverpool have scored in more consecutive games than Wolves have, with the Old Gold netting in their previous 12 league fixtures.

Last year’s Player of the Season is aging like a fine vino and is showing no sign of slowing down after being one of just four Wolves men to have played a part in every Premier League and Europa League fixture so far this campaign. Alongside captain Conor Coady, Leander Dendoncker and Raul Jimenez, Moutinho has been the consistent name on Nuno’s teamsheets as he controls matches from the centre of midfield as if he was the conductor of an orchestra. When Moutinho’s on form, Wolves are on form and it was the case again on Saturday when the Portuguese legend stole the show with an unstoppable free-kick which put Wolves in the driving seat. Five foot seven of football heaven indeed.

As Wolves continue to break records with each game that passes, as does Raul Jimenez. The Mexican sensation was at it again in Bournemouth as he continued his run of scoring in every match he has played against the Cherries, following on from netting in last season’s 2-0 win at Molineux and the 1-1 draw at the Vitality, which came from the penalty spot. With three goals in three games, Jimenez becomes the first Wolves player in Premier League history to achieve that particular feat, while his goal on Saturday also lifted him above Kevin Doyle in the Wolves PL goalscoring charts. Jimenez is now just three goals away from equalling Steven Fletcher’s record of 19 Premier League goals.

Saturday was a special day of celebration for Joao Moutinho who, ahead of notching his first goal in more than a year for Wolves against Bournemouth, signed a new contract with the club which will keep him at Molineux until 2022. The 32-year-old is already on seven assists this season, with the Europa League and Euro 2016 winner pleased to have extended his stay in gold and black.

The midfielder said: “It was a very easy decision because I feel very good here. It’s a big club that wants to do something good and I want to do my best to help.

“We did a great job last season and this season we’ll try to do better. That’s what we’re going to do and I’m going to try 100 per cent to help the club to improve.

“I feel very good. We won today, a very important win, and I signed a new contract. I’m very happy to help the team today and I hope to help them for the next two, three years.”