Wolves attracted attention throughout the Premier League with victory over champions Manchester City on Sunday, thanks to Adama Traore’s impressive brace, and here are five things spotted on a momentous afternoon at the Etihad Stadium.

1. TRAORE BACK IN THE GOALS

Adama Traore’s performances have come on leaps and bounds this season and the Spaniard put 32 goalless Premier League matches behind him at the Etihad. The wide man’s dramatic winner at London Stadium in September 2018 was a watershed moment in Wolves’ Premier League journey – their first top flight win in the top flight under Nuno Espirito Santo – and his double this season at the Etihad could have a similarly positive impact. Traore’s two goals complement his four assists to date, making it a positive start to the 2019/20 campaign.

Victory at the Etihad took a real team effort, but the back three of Willy Boly, Conor Coady and Ryan Bennett cleared everything that came close to threatening Rui Patricio’s goal. The defensive unit overcame the early loss of Romain Saiss thanks to Bennett’s seamless return to the side and produced their best performance as a unit of the season. Boly was particularly solid, after his heroics in Besiktas, making 12 clearances – the most on the pitch, three ahead of his captain Coady in second. The defender is in incredible form and will look to continue that after the break. 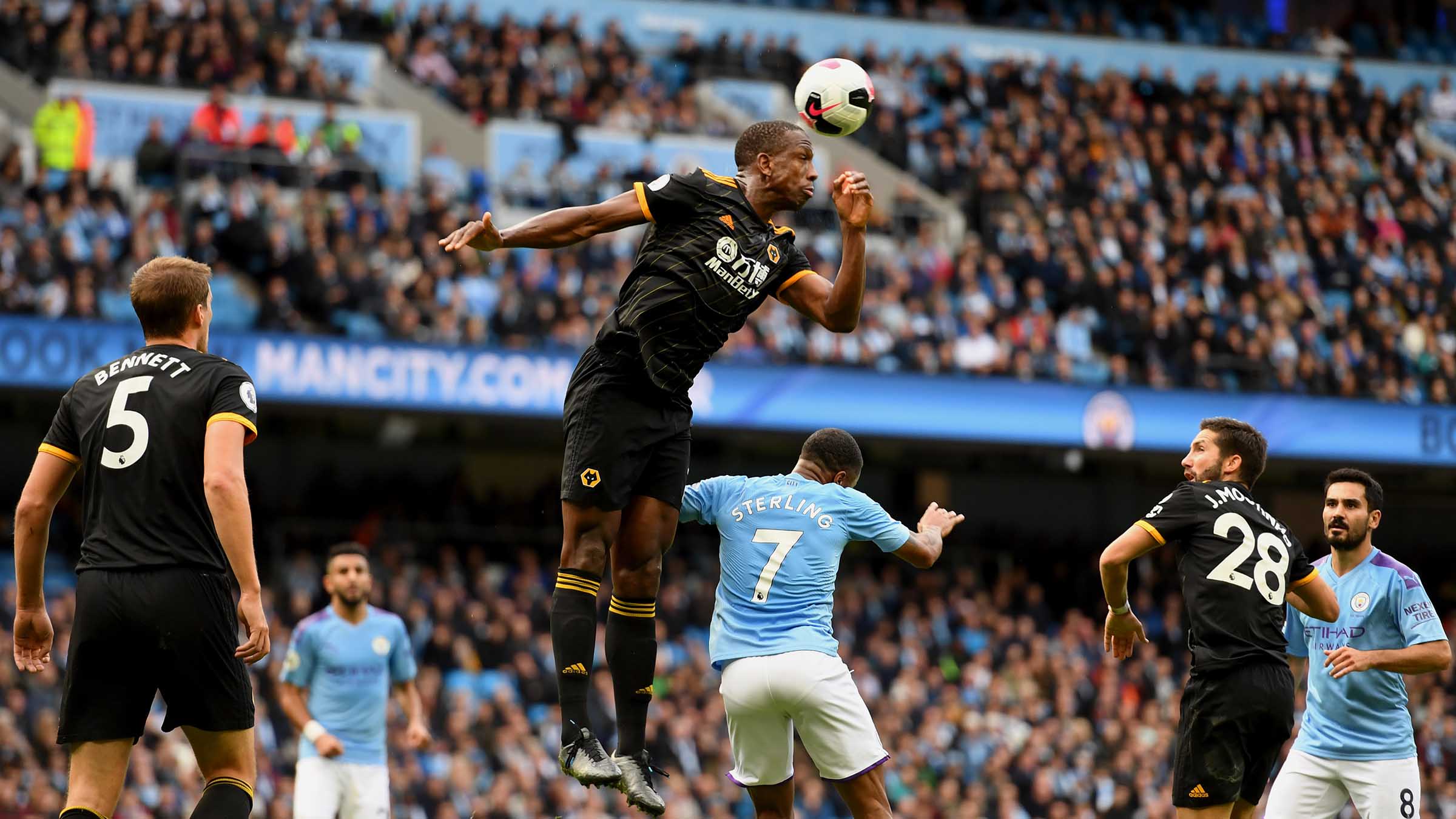 While internal confidence is a constant in the Wolves camp, few on the outside would have given Nuno’s side a hope when travelling to the Etihad Stadium, however the result simply extended an eye-catching record against the division’s biggest clubs. Since promotion to the Premier League in 2018, Wolves have now beaten the entirety of the so-called top six in all competitions, with victory over last season’s champions the most impressive. Only Liverpool and Man City have recorded more points in fixtures involving themselves, Chelsea, Arsenal, Tottenham Hotspur and Manchester United, with Wolves picking up 20 points. It’s a record Wolves will want to continue as 2019/20 progresses.

Manchester City have been a force to be reckoned with under Pep Guardiola, particularly at the Etihad Stadium, and Wolves’ stunning victory broke an impressive record. Wolves became the first team to beat City in a Premier League match at the Etihad and keep a clean sheet since March 2016, before the days of Guardiola. Sunday was also the first time Wolves have beaten the reigning champions of the top flight away from home since January 1984 – when Liverpool were defeated 1-0 at Anfield. 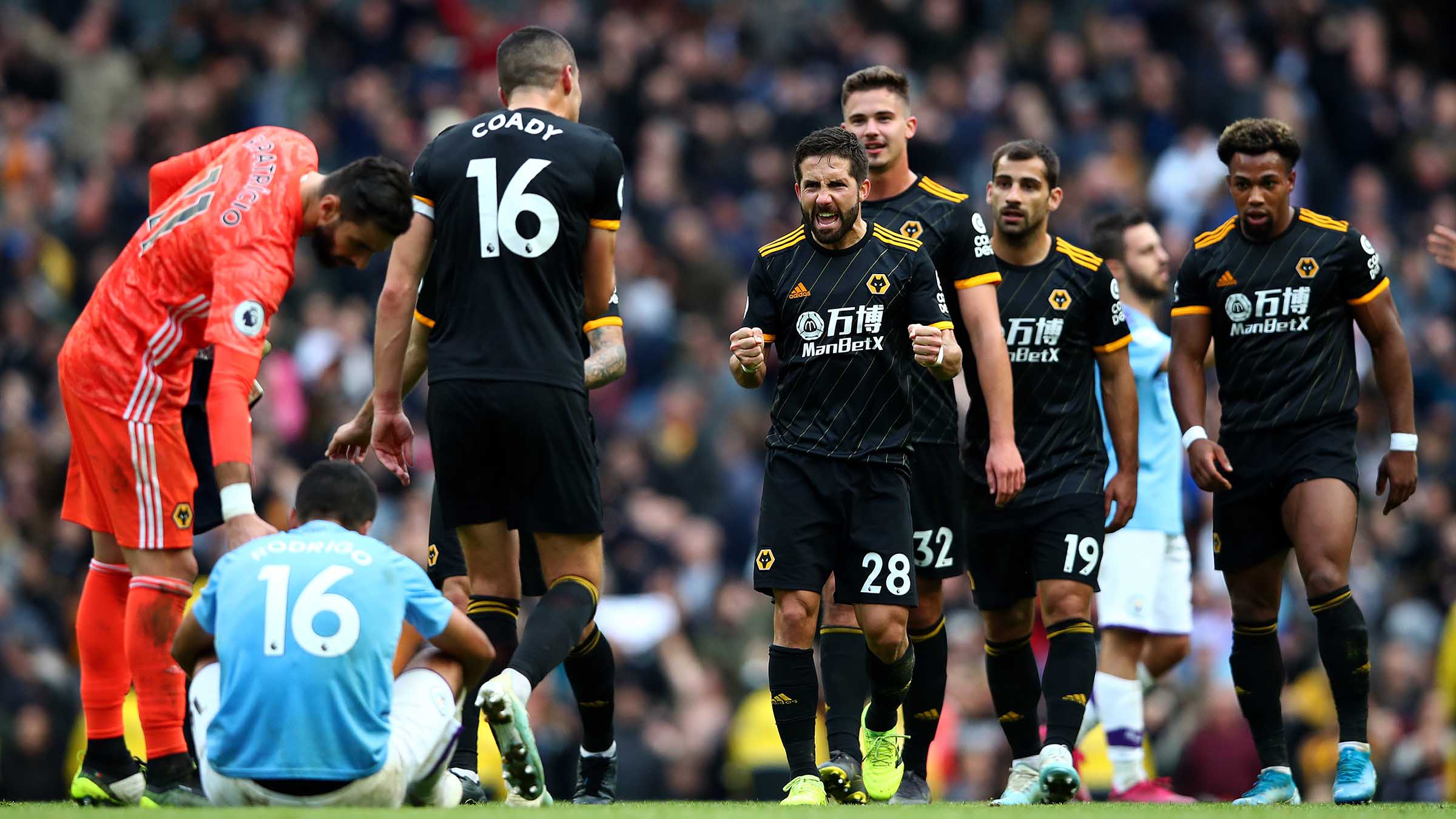 Captain Conor Coady praised the supporters for their continued backing throughout the 90 minutes and labelled the victory as a huge team effort. Like the squad, many supporters inside the Etihad Stadium had travelled to Turkey and back for Thursday’s win at Besiktas and gave everything to carry their team over the line once again in Manchester. 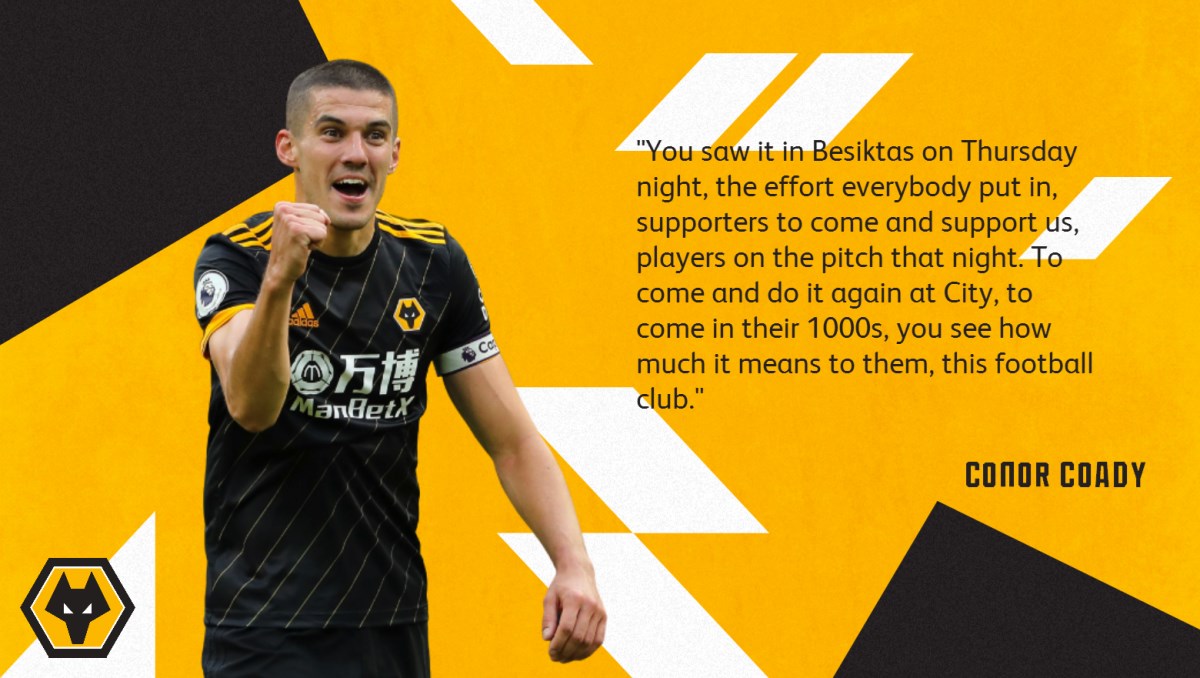