1. LOVING LIFE ON THE ROAD

By snatching their last-minute winner in Turkey, Wolves made it four wins from four away fixtures in Europe this season, following their three Europa League qualifying round victories earlier in the preliminary stages of the competition. Nuno’s team have now beaten Crusaders, FC Pyunik, Torino and Besiktas on the road, scoring 12 goals and conceding just three times. Although their qualifying round victories were more about the offensive side of their game, Wolves had to produce a well organised defensive performance against in Istanbul, to nullify the Besiktas attack before producing the knockout punch just before the final whistle. 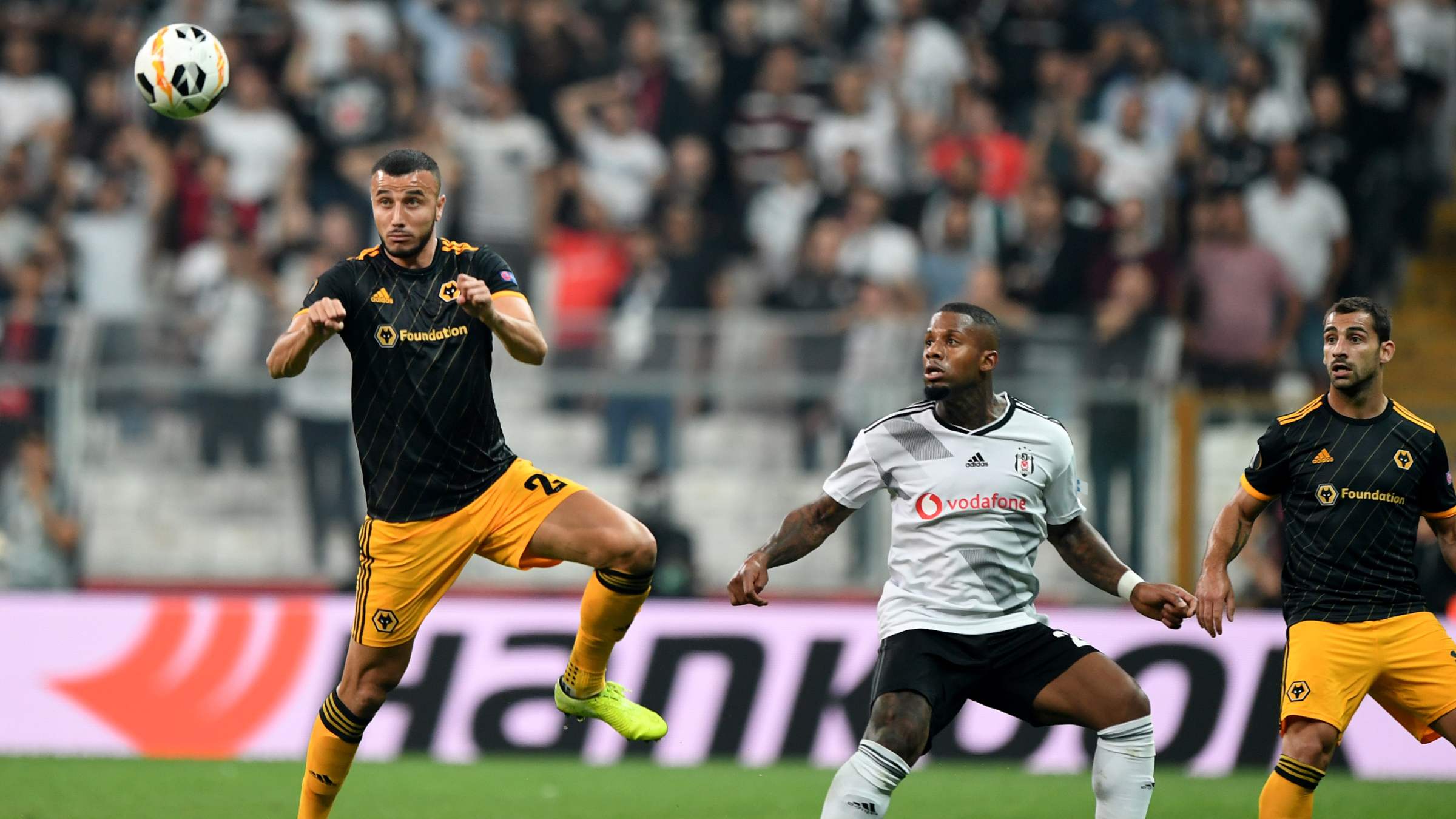 With another three points earnt on Thursday night, Wolves are now on an unbeaten run of four games in all competitions, which was kicked into place with Diogo Jota’s last-minute goal against Crystal Palace on 22nd September. Since that late draw at Selhurst Park, Wolves have knocked Reading out of the Carabao Cup, earnt their first Premier League win of the season at Molineux against Watford last Saturday and have now gone to an intimidating Vodafone Park in Istanbul to claim their first Europa League group stage victory. Nuno will be hoping his side can continue this momentum when they head to the Etihad Stadium on Sunday and a difficult clash with last season’s league champions Manchester City.

As well as Thursday night’s 93rd minute winner and the previously mentioned 95th minute equaliser against Palace a few weeks ago, Wolves are no strangers to leaving it late to earn a result. Already this season, it took the team until the 97th minute to snatch a 1-1 draw against Burnley, thanks to Raul Jimenez’s penalty. Since Nuno took over the reins at Wolves, the team have scored late on numerous occasions; who can forget Ryan Bennett’s winner against Bristol City in the Championship or Adama Traore’s 93rd minute goal to secure the team’s first Premier League win against West Ham last season or Diogo Jota’s goal in the same minute to seal a 4-3 win over Leicester City at Molineux. The spirit in the players to fight until the end of a match is astounding and should come as no surprise to anyone who follows Wolves.

Click on the image below to watch Boly's winning goal against Besiktas. 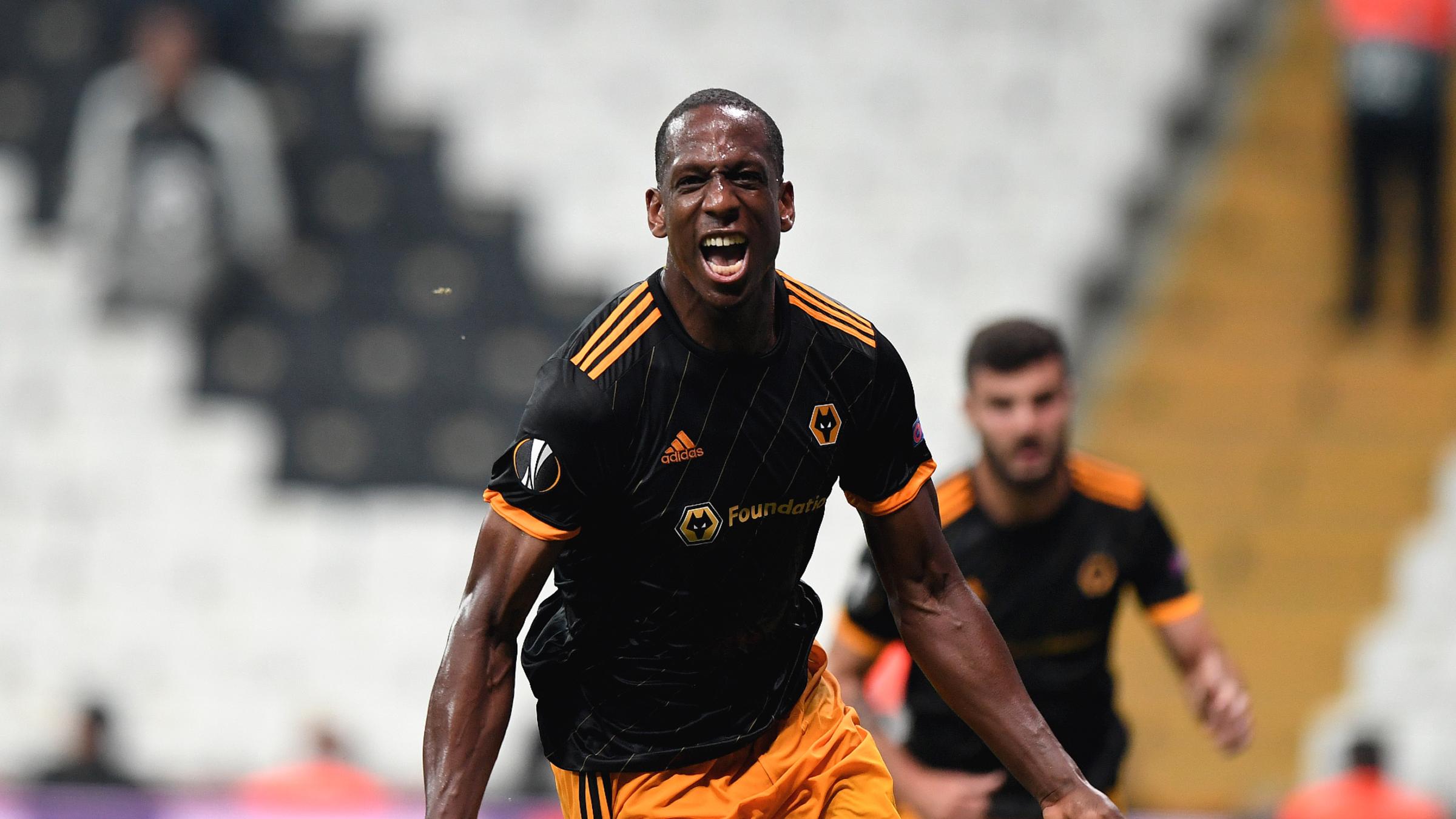 It wasn’t just the sponsor on the front of the shirts which set Wolves apart from their usual look when they took to the field against Besiktas on Thursday, but the whole attire was something new for the players with the first outing of the gold shorts in the 2019/20 season. Although the usual away kit sports black shirts, black shorts and gold socks, Wolves were forced into switching their short colour to gold so it would not clash with the opposition’s white and black outfit. It was also a second outing of the Europa League for Wolverhampton Wanderers Foundation, who saw their logo replace the usual ManBetX sponsor on the front of the players’ shirts due to the competition’s advertising restrictions.

Wolves were well aware of the intimidating atmosphere which was going to await them at Vodafone Park on Thursday night, but the players dealt well in a tough environment to earn the three points. Adama Traore said the players had two options when stepping out in Istanbul: be scared or keep fighting. 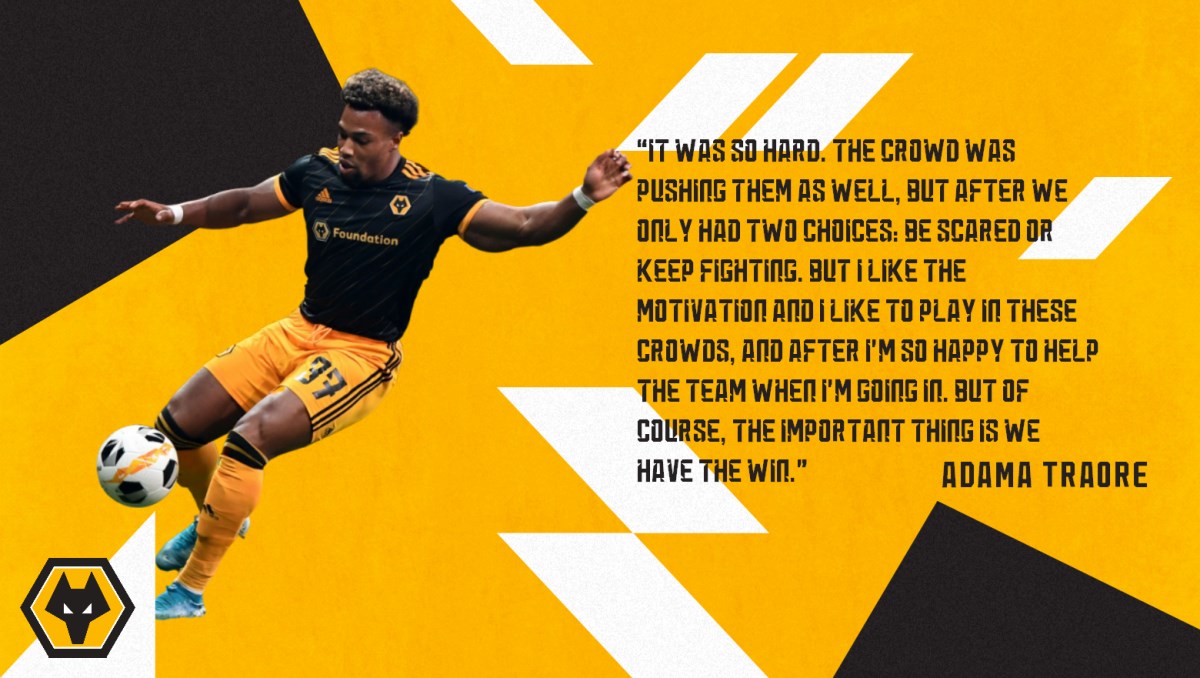