A much-changed Wolves side progressed into the Carabao Cup fourth round after a penalty shootout victory on Wednesday night. Here are five things we noticed as a young Wolves outfit overcame a tough Reading test at Molineux.

1. THE KIDS ARE ALRIGHT

Moving away from his tried and tested line-up, Nuno Espirito Santo made 10 changes to the side which snatched a last-gasp goal against Crystal Palace on Sunday to claim a Premier League draw, with only Matt Doherty maintaining his place in the team. The head coach handed a full debut to Bruno Jordao, who scored Wolves’ goal midway through the first-half, while Taylor Perry, Meritan Shabani and Luke Cundle were brought off the bench. But it wasn’t just the under-23 regulars who added youth to the side, the entire team was filled with young talent, with only Doherty, Ryan Bennett and John Ruddy over the age of 22. 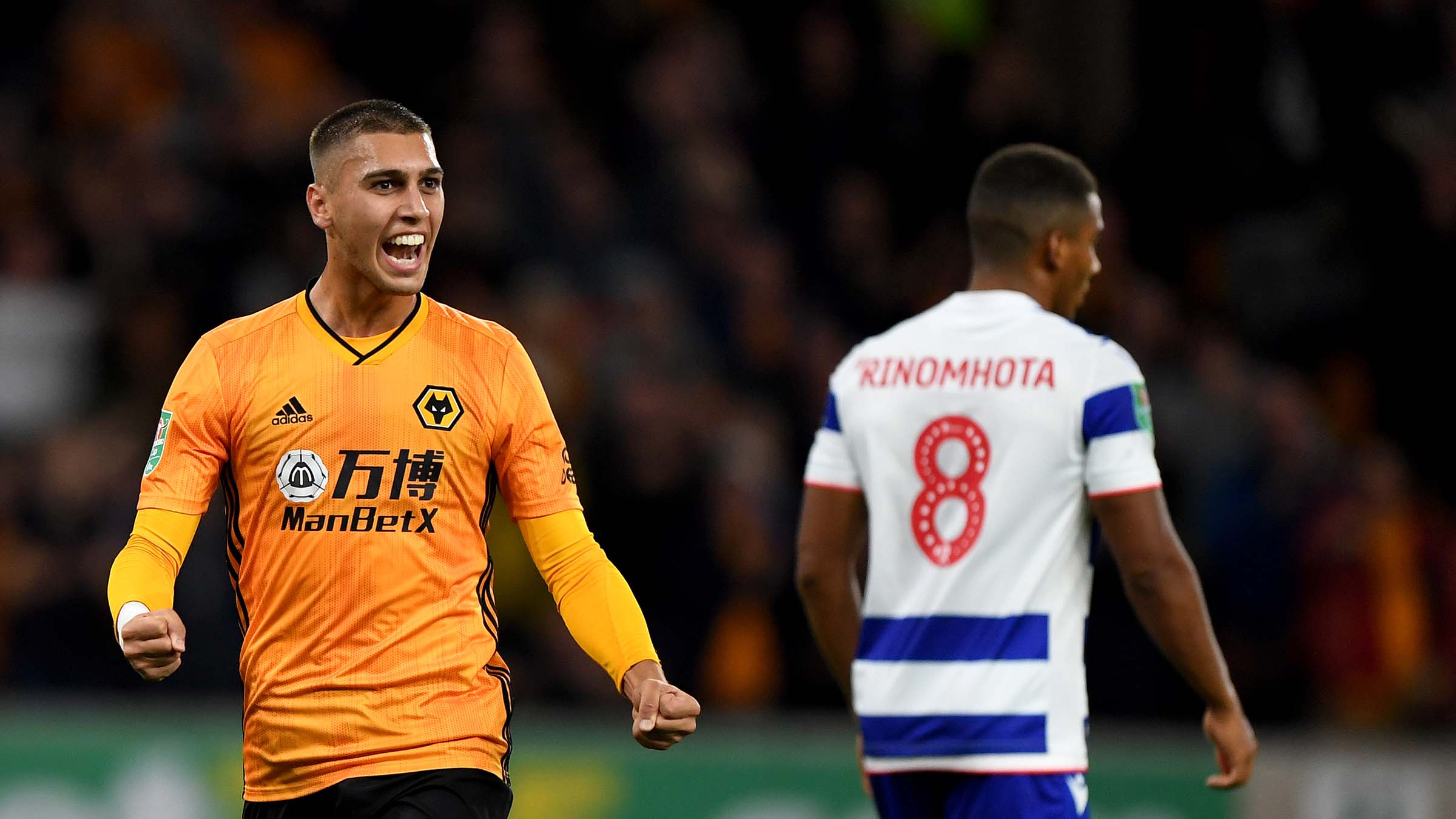 By taking a place on the bench on Wednesday night, captain Conor Coady handed over the armband to Ruben Neves and his place at the heart of the defence to Ryan Bennett, but it wasn’t just his usual roles that the 26-year-old was letting go of – his run of playing 78 consecutive first-team matches also came to an end. Before last night, Coady had played every single minute of every Wolves game since the FA Cup replay defeat to Swansea City back on 17th January 2018, meaning the longest unbroken run of consecutive minutes by any professional footballer in the country was halted after 616 days/7,050 minutes.

For the second year running, Wolves have ended a third round Carabao Cup match with a penalty shootout. However, unlike in 2018/19 when Nuno’s men went down to Leicester City – and Benny Ashley-Seal was the only Wolves player to score his kick – on Wednesday night the hosts’ players stepped up and put away all their spot-kicks to secure the victory. Neves, Jesus Vallejo, Bennett and Ruben Vinagre all made no mistake with their penalties, while Ruddy made a terrific save from John Swift’s effort from 12 yards.

With their Premier League 2 match against Southampton coming up on Friday night, two of the players who have been key members of the side so far this season – Jordao and Shabani – will be missing due to the injuries they picked up during Wednesday evening’s clash with Reading. Both players had to be carried from the pitch in an evening which left Nuno with mixed emotions. In his post-match press conference, the head coach said both players will be assessed, but it leaves under-23 boss Rob Edwards with big decisions to make for his team this weekend.

One of the young debutants who had a much more enjoyable evening was Taylor Perry. The 18-year-old, who has progressed through the age groups of the Wolves Academy after joining the club at the age of seven, replaced Jordao after the Portuguese youngster was stretchered off just before half-time. Although coming on so soon into the match came as a surprise to the Academy graduate, he embraced the challenge and put in a good performance as Wolves made it into the Carabao Cup fourth round and a match with Aston Villa. 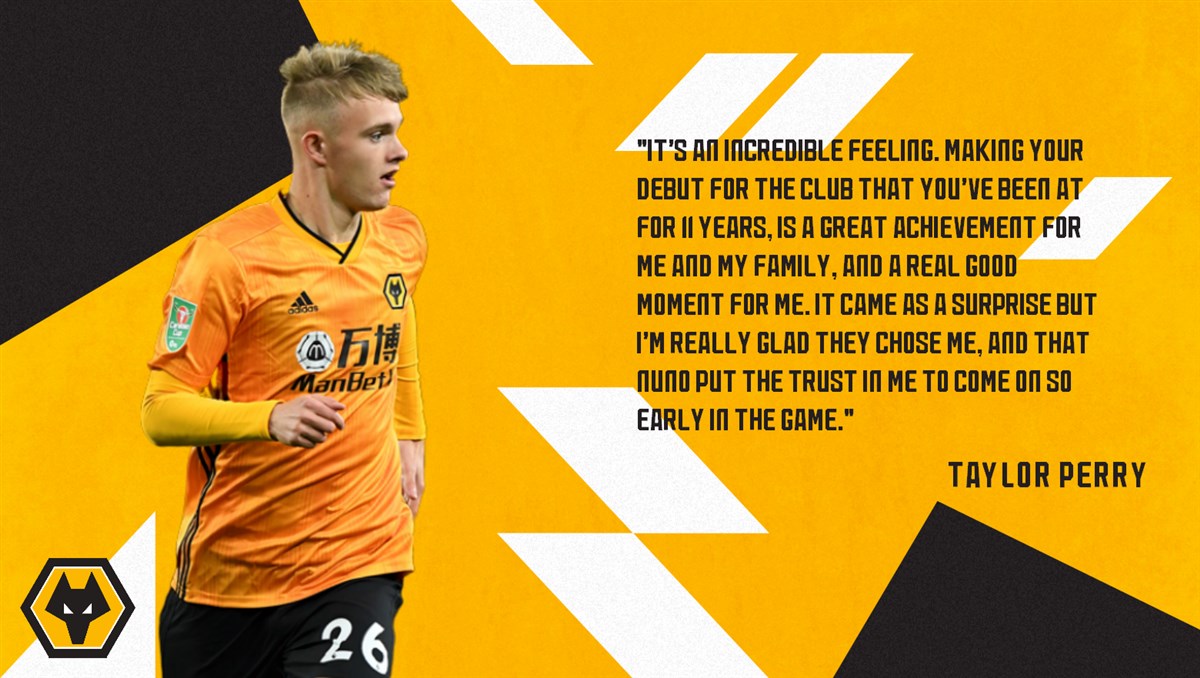