Raul Jimenez and Mexico got their 2019 CONCACAF Gold Cup campaign off to a perfect start with a comprehensive 7-0 victory over Cuba in the early hours of Sunday morning.

The only Premier League player who will feature at the tournament had his scoring boots on to net two goals, as well as be directly involved in the other three of his country’s first five goals before the Wolves striker was taken off after 72 minutes.

After striking the post with just two minutes on the clock in California, Jimenez would have been pleased to see teammate Uriel Antuna following up to tap the ball into an empty net to score Mexico's opener.

Jimenez had a few key chances to double Mexico’s lead, but the number nine couldn’t put the finishing touches on good moves by his side. However, after half an hour gone, he got the goal his play deserved, slipping though the Cuban offside trap and finishing low into the bottom right corner of the net.

After having a helping hand on his team’s next two goals, it was the Wolves man himself who netted Mexico’s fifth, with a trademark run past the last defender before firing a powerful finish past Cuba’s keeper.

Mexico, who added two more after Raul made way Ernesto Vega, will now face Canada on Thursday morning in their next group stage of the biennial North and Central American competition. 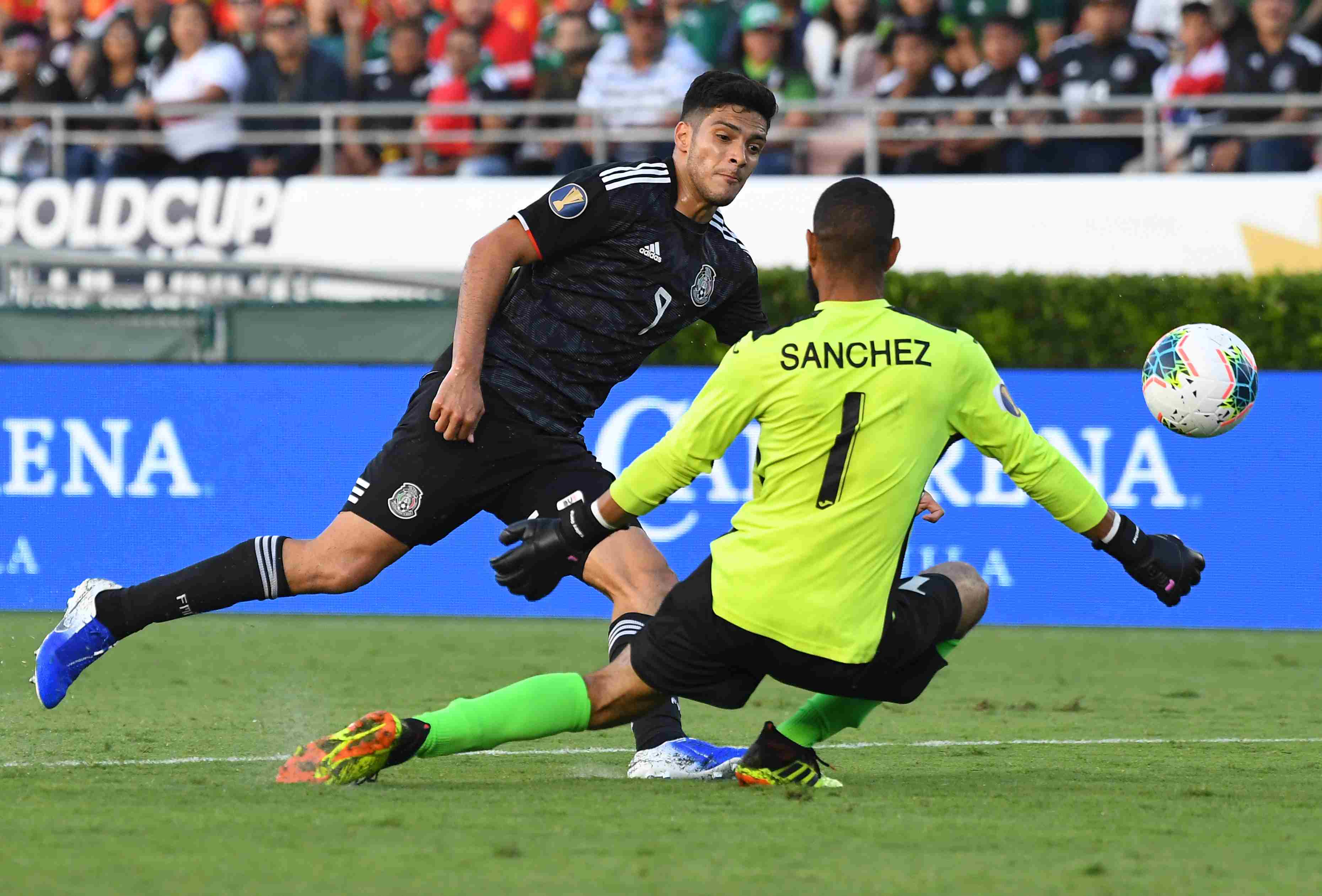 Romain Saiss’ Morocco went down 3-2 against Zambia in their final warm up game before the Africa Cup of Nations. Starting in his usual role as centre-back, Saiss appeared for the first 60 minutes for his country when the scoreline was at 2-2. Enock Mwepu scored Zambia’s winner 14 minutes after the versatile Wolves man left the pitch.

Morocco will get their 2019 Africa Cup of Nations campaign underway in Egypt on Sunday 23rd June, with a first group match against Namibia from 3.30pm.

Elsewhere this week, Connor Ronan’s Republic of Ireland under-21s fell to a penalty shoot-out defeat to Mexico in the third-place play-off of the 2019 Toulon Tournament. After the game ended goalless, the Wolves midfielder missed the first of his side’s spot-kicks in the shoot-out, which Ireland went on to lose 4-3.

Another Academy graduate, Morgan Gibbs-White, will be hoping to be part of the England under-21 side for their upcoming U21 European Championships. After being promoted from the under-19s this summer, the Wolves midfielder could make his under-21 bow in Italy on Tuesday evening.

England are in group C for the biennial tournament, alongside France, Romania and Croatia, with their first game coming against the French at 8pm tomorrow night.