An expertly struck Diogo Jota winner sealed three Premier League points for Wolves against Watford at Vicarage Road on Saturday afternoon after Raul Jimenez broke records which his opener. But here are five things we noticed following the 2-1 win.

1. RAUL INTO THE RECORD BOOKS

By getting on the end of a Diogo Jota cross in the 41st minute of the match against Watford, expertly guiding his header underneath Ben Foster and into the back of the net, Raul Jimenez scored his 13th Premier League goal of the season. The striker came close moments earlier to notching a baker’s dozen of goals, with only a goal line clearance from Etienne Capoue denying the Mexican sensation. With that finish – which also take’s Jimenez’s goal tally to 17 in all competitions – sets Wolves’ new single-season Premier League goalscoring record, with Raul overtaking Steven Fletcher’s 12 which he achieved during the 2011/12 campaign. Jimenez has also been directly involved in 20 Premier League goals for Wolves this season – including seven assists – which is the fourth-biggest haul in a campaign by a non-British player for a newly promoted side. 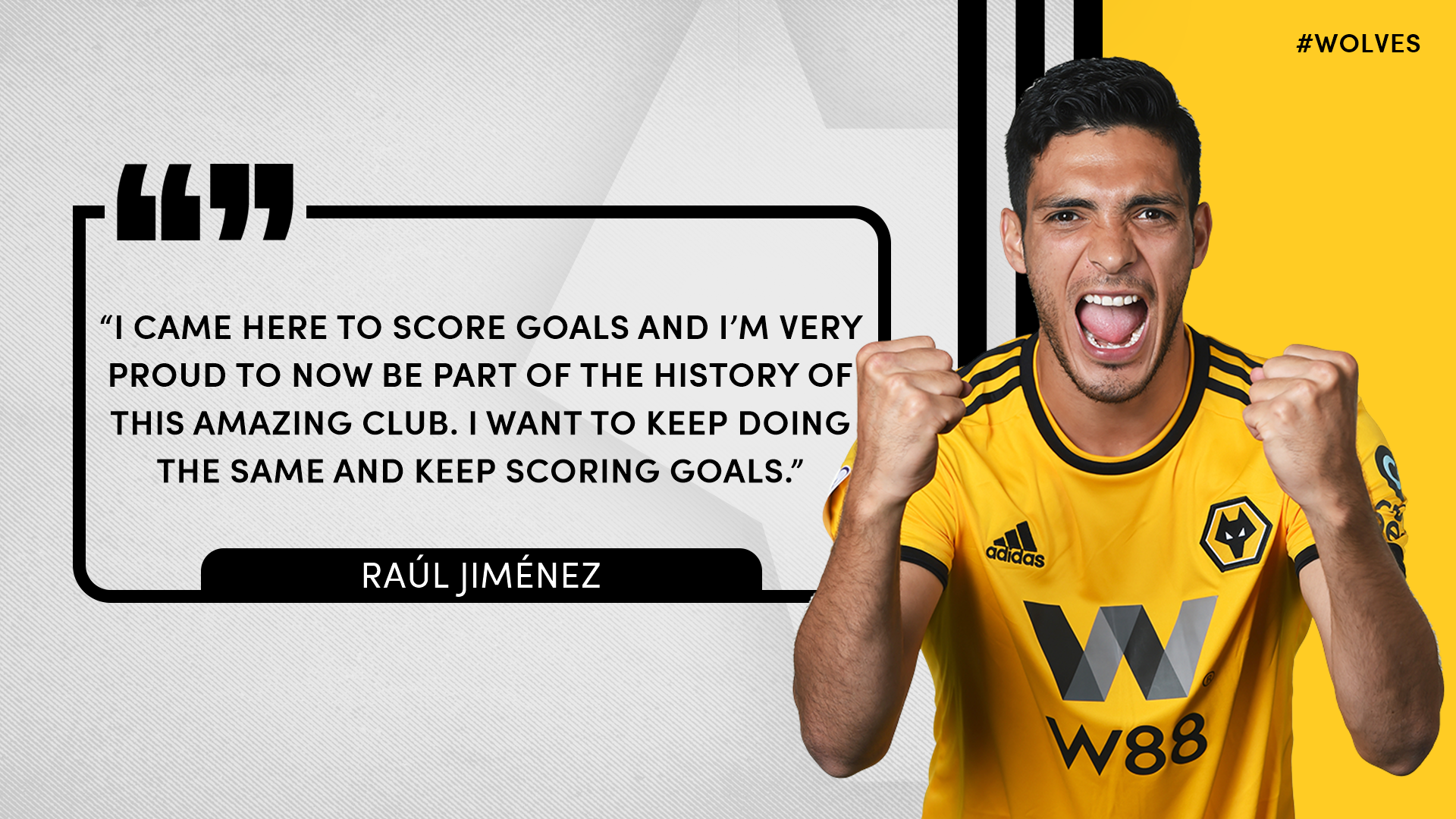 Saturday’s three points ended two unwanted runs for Wolves this season. The first saw Wolves end a run of five Premier League away games without a win. In the past five matches outside of Molineux, Nuno Espirito Santo’s side had drawn two and lost three. That dip came after blistering away form during the winter – winning three of the five games on the road. However, the signs seemed to be pointing in a Wolves victory, with Wanderers winning on their last visit to Vicarage Road back on Boxing Day in 2014, while Watford had won just three of their previous nine Premier League home games – losing three while drawing the other trio of matches. The win was also Wolves’ first this season wearing the white change kit in seven attempts. The previous six games wearing the stylish all-white number saw Wolves fall to two defeats and four draws.

With victory over Watford on their travels, Wolves confirmed their highest top-flight finish in almost four decades. Even if Nuno’s side don’t get the results they might have wanted from their final two matches of the season, a top half finish is already guaranteed. This marks an unbelievable achievement for the club which has risen through the Divisions in recent years – remember, it was just five years ago the club was playing in League One following successive relegations from the Premier League. The last time Wolves ended a season in the upper half of the top-flight was all the way back in 1979/80 when John Barnwell’s League Cup winning team finished their league campaign in sixth position with 47 points (the equivalent of 66 points in modern day football). 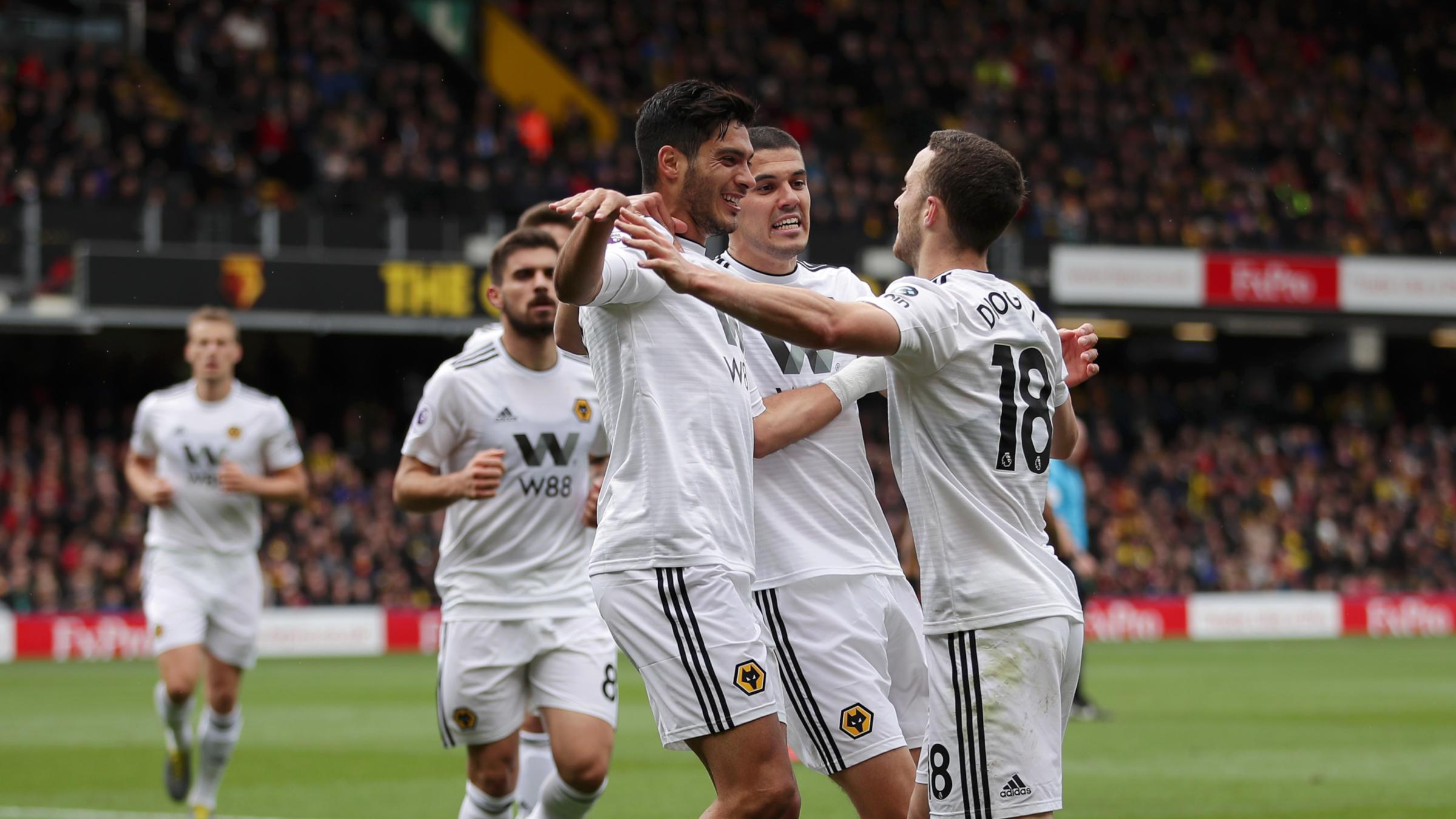 Before Saturday’s match, both Nuno and his players insisted the game against Watford would not be a chance for them to exact revenge on their opponents following the FA Cup semi-final defeat at Wembley. But revenge is what it must have felt like to the 2,000 travelling Wolves supporters who packed out the away section at Vicarage Road and sang their hearts out for 90 minutes to help push their Old Gold heroes to victory. The three points for Wolves also put them four clear of the Hornets as both teams compete against Leicester and Everton to be named the ‘best of the rest’ in the Premier League with just the final two fixtures of the season remaining.

What a season it’s been for the little Portuguese magician. Since the change in formation saw Jota partner Jimenez in attack, he hasn’t looked back, banging in goal after goal, while setting up his strike partner for the others. In fact, all five of Diogo’s Premier League assists this season have all been for Raul – the most Premier League assists exclusively for one player by another. Jota has had a hand in seven goals in his last eight top-flight matches – including four goals and three assists – which is as many as he managed in his previous 23. He doesn’t look like stopping either, so would be a top player for Fantasy Premier League managers to find a space for in their line-ups for the final two games of the season. 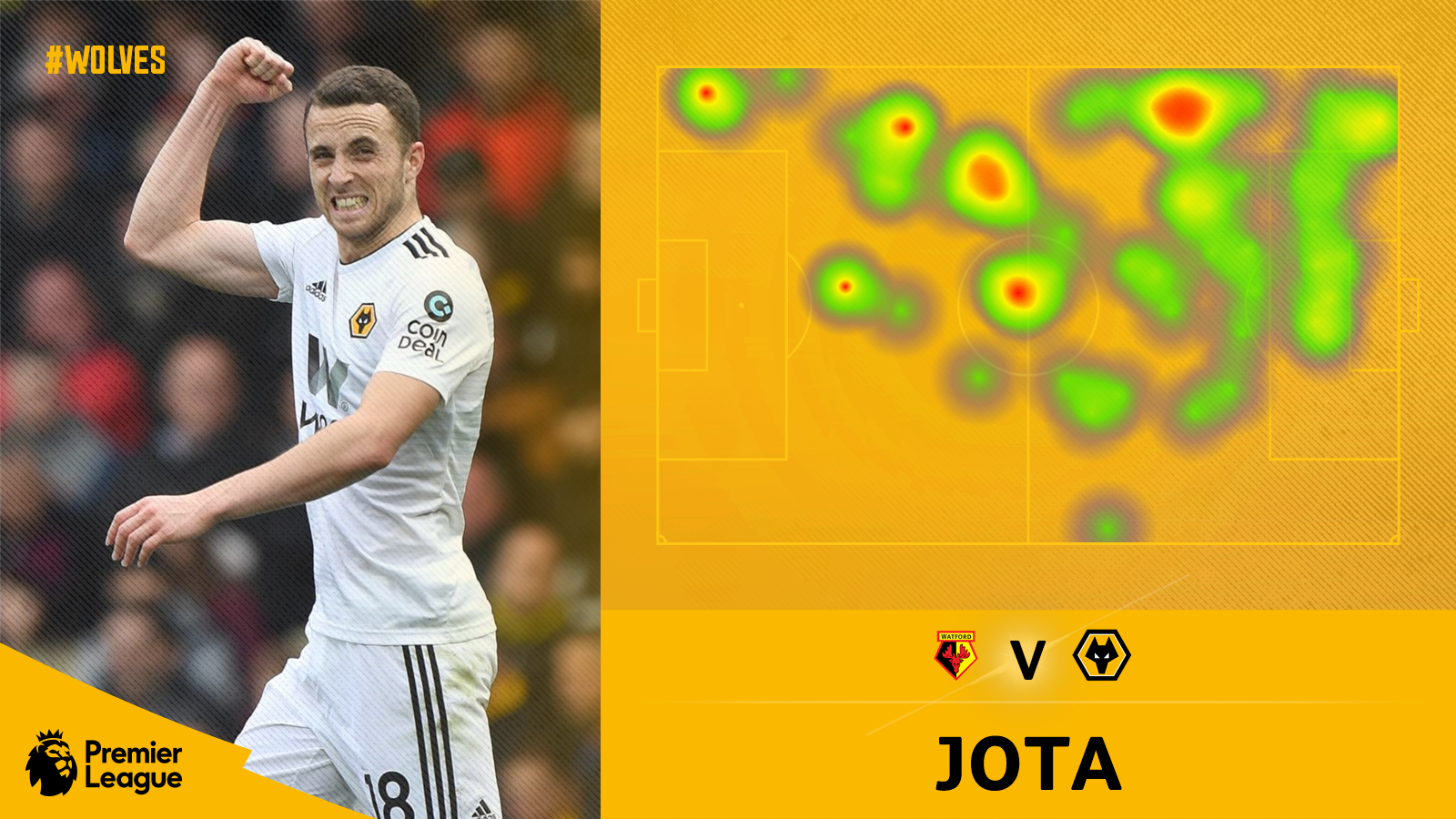