The return of Premier League football for Wolves comes at Turf Moor on Saturday, where a number of records await. Here are five things to look out for in Lancashire.

1. DOHERTY A WISE PICK FOR FPL

With 112 points, Matt Doherty has been Wolves’ second most effective Fantasy Premier League player and, like his team mates, faces a double game week this week. The Irishman will hope to add to his tally at Burnley, with points from next Tuesday’s Manchester United fixture adding to his total. So far this season, Doherty has accumulated three goals, six assists and as many clean sheets, making him a popular pick in the defence. He is now selected by 23.4 percent of managers and costs £5.4, but it could be money well spent if you look at the shift he put in the last time he faced Burnley in September. Raul Jimenez and Wolves’ goalkeepers are on the cusp on Premier League history and could break Wolves records should they be successful at Turf Moor. The Mexican equalled Steven Fletcher’s Wolves record of 12 Premier League goals in a single campaign at Stamford Bridge earlier this month and now knows a goal against Burnley could see him out on his own as the record-holder.

As for the club, Wolves boast a fantastic top-flight record against the Clarets, having won the last five fixtures against Burnley in the top division. The club’s only previous better winning run of ten games in the top division came against Birmingham City between 1957 and 1962. In fact, Burnley have only won one of their last 17 top flight meetings with Wolves, but only two have come in the Premier League, when Wolves won both games during the 2009/10 campaign.

Nuno Espirito Santo and his staff have had two weeks to prepare for the trip to Burnley, after last week’s international fixtures, so knows exactly what to expect. Burnley beat Tottenham Hotspur at Turf Moor just last month – one of five victories the Clarets have claimed on home soil this term. With the battle to avoid relegation to the Championship real for the Clarets, they’ll be looking to make life difficult for Wolves, but Nuno is under no allusions what to expect. Wolves begin a busy week of three matches in eight days at Turf Moor on Saturday, which concludes at Wembley the following Sunday for the FA Cup semi-final. It was against the Clarets where Wolves enjoyed one of their finest hours, winning the Sherpa Van Trophy on 29th May 1988 against the side from Lancashire. The 2-0 victory, courtesy of Robbie Dennison and Andy Mutch goals, proved the catalyst for Wolves’ route back up the Football League pyramid after the dark days of the 1980s. Meetings with Burnley have ever since rekindle those memories for supporters, and the modern day Wolves stars will look to make their own Premier League memories with the double over the Clarets.

Johann Berg Gudmundsson is Burnley’s only injury doubt ahead of Saturday’s game. The winger returned from international duty with a minor calf injury, having missed Iceland’s mid-week defeat to France. On his winger’s progress, Sean Dyche said: “Obviously we have to monitor the fact he missed some training and missed the game. We looked at him today (Thursday). He was on the grass, but we will have to make a call on that.”

As for Wolves, all of Nuno Espirito Santo’s 10 international players returned with no injury concerns. He’ll have a decision to make on his goalkeeper at Turf Moor, with John Ruddy impressing against Manchester United in the FA Cup, but Rui Patricio being preferred in all but one Premier League fixture this season. 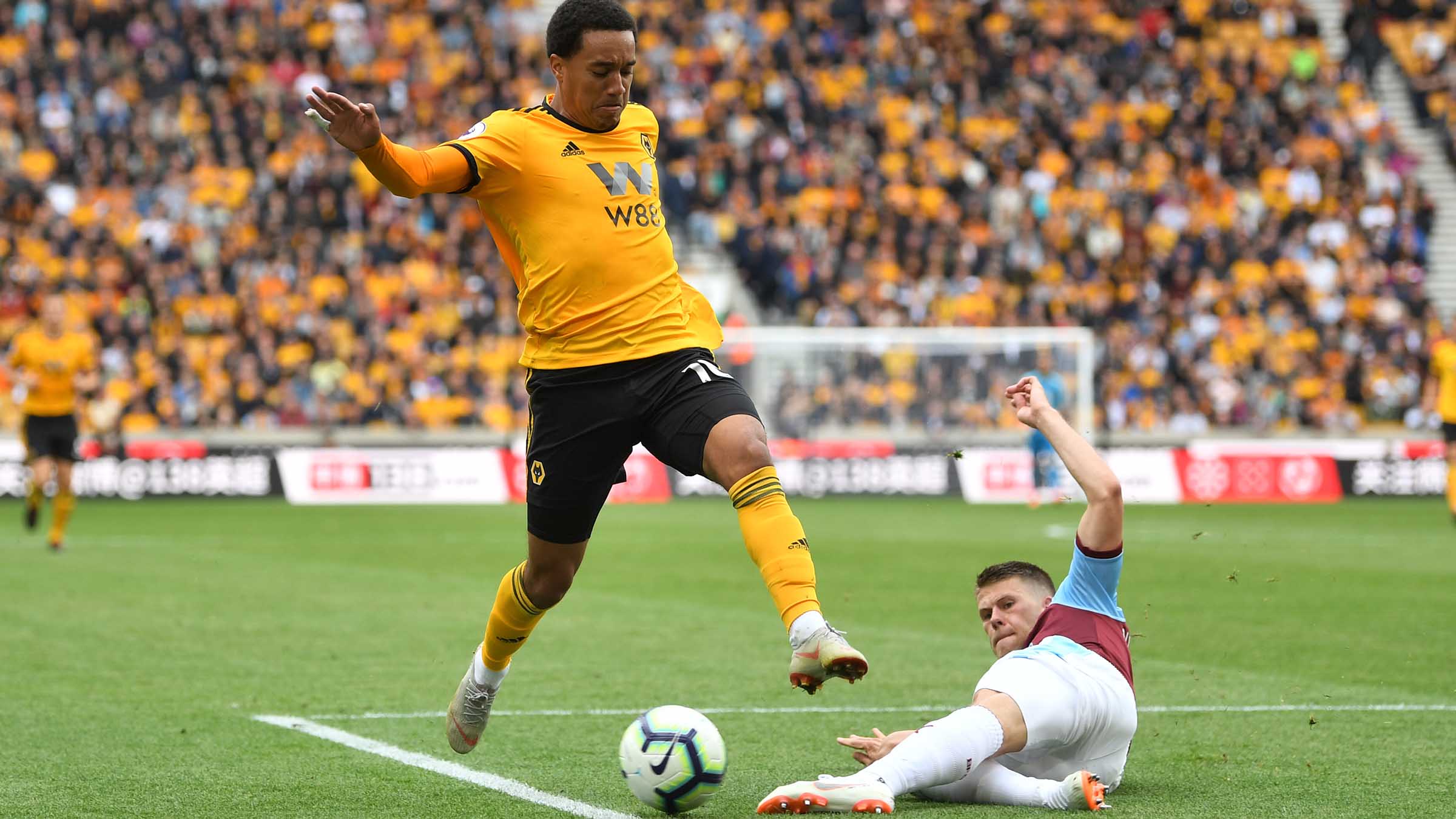