Back to winning ways last weekend, Wolves now travel to Stamford Bridge, aiming for a Premier League double over Chelsea. Nuno Espirito Santo’s side enter the game in high spirits, having impressed against the traditional top six this season, here are five things to look out for on Sunday.

1. NO FEAR OF TOP SIX TEAMS

Across all competitions, Wolves have recorded either a draw or victory over all of the top six clubs in the Premier League, which bodes well for Sunday. The current total against the ‘big six’ is nine points and Wolves have avoided defeat at Tottenham Hotspur, Manchester United and Arsenal in three of their four visits to the big hitters so far this season. None of the other 13 Premier League teams can match Wolves’ record against the current top six, so can that record improve further? Chelsea will think not, having lost just once in their previous 53 Stamford Bridge clashes with newly-promoted sides, last tasting defeat against Bournemouth in December 2015. Also, in recent weeks they’ve won their previous three Premier League home games by an aggregate score of 9-1. Who will come out on top this time? 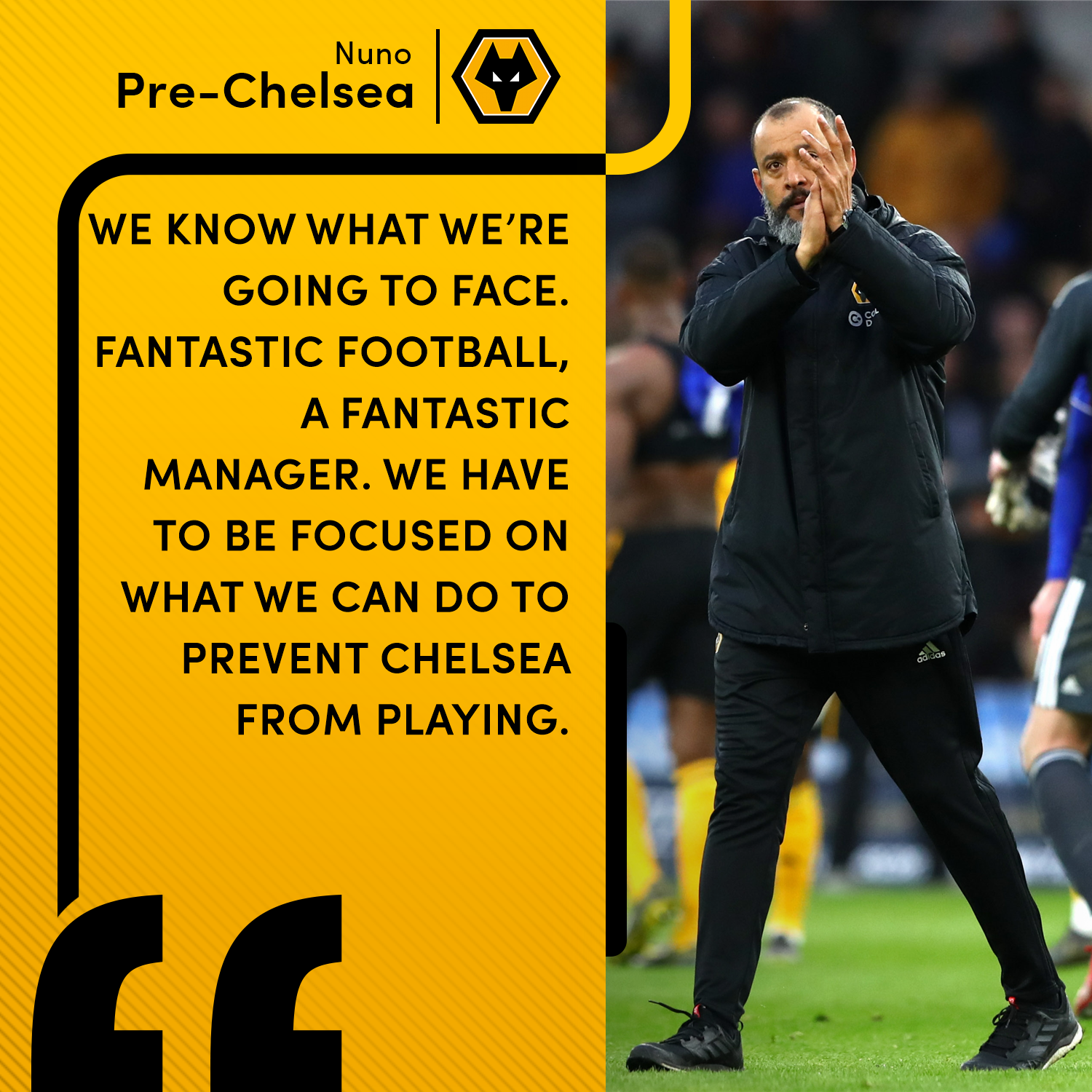 A second Premier League double is on offer to Wolves on Sunday, having beaten Chelsea 2-1 at Molineux back in December. They can add the Blues to the maximum points list with West Ham United. Should victory be achieved at Stamford Bridge, Wolves will become the first promoted team to do the double over Chelsea since Charlton Athletic in 2000/01. Wolves’ last victory over the Blues came in the 1974/75 top flight campaign, when Chelsea were relegated. They’ll take heart from their record in London so far this season, however – Wolves are yet to taste defeat in the capital, having won three and drawn two of their five London away games this term. That’s some way off the record, however, with Wolves going 11 London games unbeaten during the 1970s.

While John Ruddy impressed between the sticks against Cardiff, Nuno has confirmed Rui Patricio will return to the team for the trip to Stamford Bridge. The Portuguese had played every minute of Premier League action before last week but was given the afternoon off after a busy schedule. However, Nuno made it clear during his pre-match press conference that Patricio will return, and the goalkeeper will be targeting a seventh Premier League clean sheet in Wolves colours. 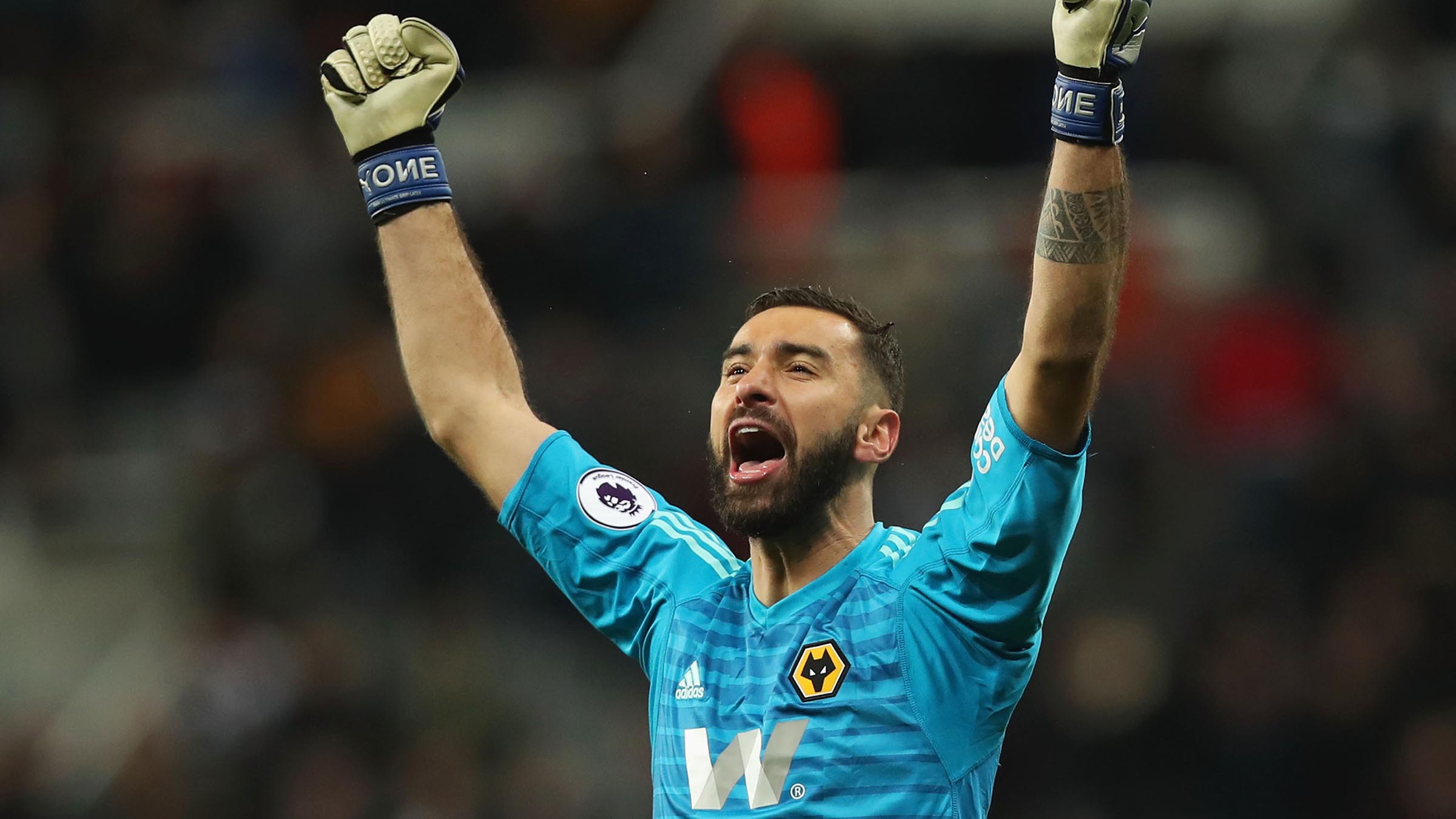 Wolves’ Matt Doherty is in line for a significant breakthrough this weekend. The dependable Irishman, who has adapted to the Premier League so impressively, both defensively and offensively, can join Wolves’ ‘50 Club’ this weekend. Presuming he features against the Blues, Doherty will become one of the top 50 appearance makers in Wolves’ 142-year history with 242 appearances. He’s currently level with Eddie Clamp of the 1950s, and one behind Noel George and Terry Wharton, who are joint 48th. Doherty will join an illustrious club of just four other players in the top 50 who’ve represented Wolves in the 21st century, the individuals being Lee Naylor, Dave Edwards, Karl Henry and Richard Stearman. Should he continue to feature on a regular basis for the remainder of the season, Doherty won’t be settling for 50th place on the list, either, as high as 44th is a realistic target before the campaign is out.

5. NO BENNETT AT THE BRIDGE

Seven days ago, Nuno Espirito Santo decided to ring the changes for the visit of Cardiff City, and it had the desired effect. Now he must decide if to stick or twist once again. Adama Traore, Morgan Gibbs-White and Romain Saiss all impressed, but Wolves had quality on the bench to call upon. With a week without a game, Nuno’s players will be refreshed, so will the likes of Jonny, Ruben Neves and Joao Moutinho return? One thing for sure is Ryan Bennett will miss out through suspension, after picking up his tenth yellow card of the season last time out. Saiss or Leander Dendoncker seem the obvious options, with the other expected to start in midfield.

As for Chelsea, Eden Hazard and Gonzalo Higuain were amongst those rested for Thursday night’s Europa League victory over Dynamo Kiev. They’re expected to revert back to a similar team to the one which beat Fulham in the Premier League last weekend. Danny Drinkwater and Marco van Ginkel are out with long-term injuries. 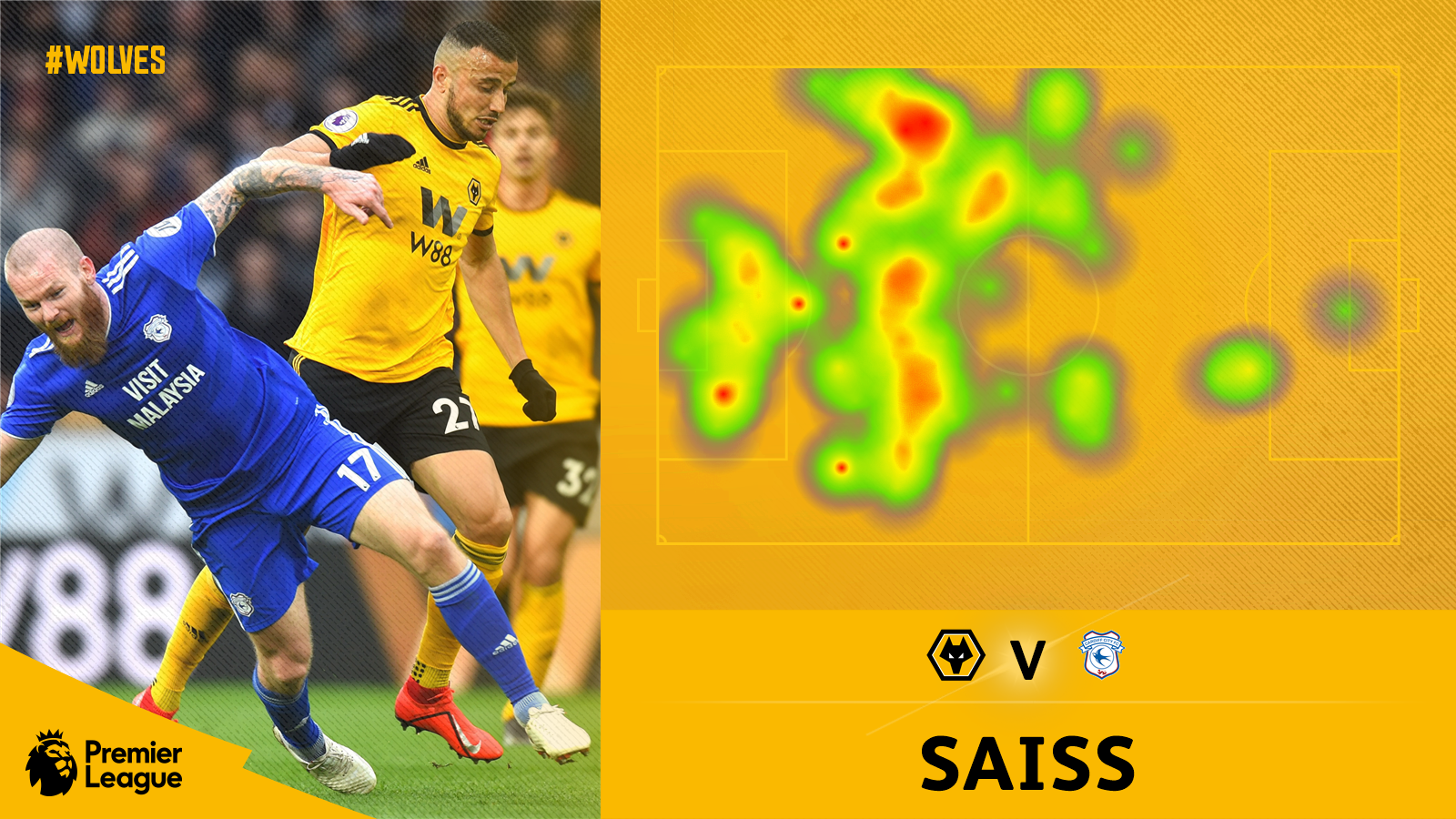