Wolves claimed all three points in their Premier League clash over West Ham with a dominant display under the Molineux lights. A Romain Saiss header and two Raul Jimenez strikes sealed the victory, but here’s five other things we noticed following the 3-0 win.

A remarkable forward performance by Raul Jimenez in Tuesday night’s triumph was capped by the Mexican international getting two goals in a game for the first time in old gold and black. His double was the Benfica loanee’s seventh and eighth Premier League goals for Wolves in what has been a whirlwind seven months for Jimenez in the Black Country. Tuesday’s finishes have taken Jimenez to 10 goals in all competitions this season, after he netted against Liverpool in the FA Cup together with his effort against Shrewsbury on Saturday which got Wolves back into the fourth-round tie. So far this season, Raul has been involved in 13 Premier League goals for the club (eight goals, five assists), with the only player to have had more goal involvements in a single PL season for Wolves is Steven Fletcher in 2011/12 – with 14. 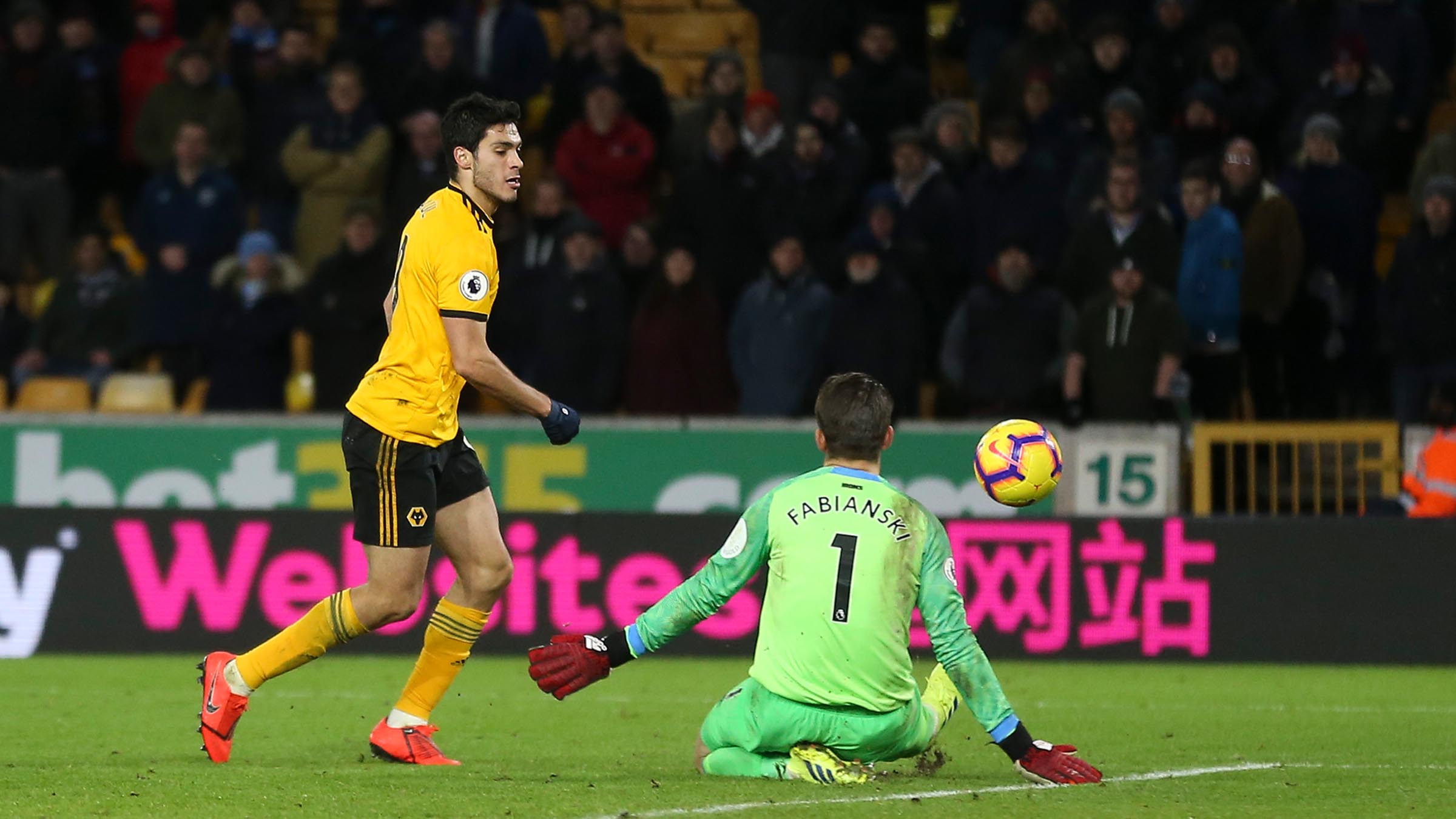 In claiming victory over West Ham, Wolves completed a league double over the Hammers for the very first time in their history. Tuesday night’s clash was the 63rd time the two sides had met in various competitions over the course of the past 109 years, but Wolves were able to seal a historic double after following up on a 1-0 victory away at the London Stadium back in September in which Adama Traore scored a 93rd minute winner. Wolves made another piece of history at Molineux last night – however this one was over a much shorter time period. With Wolves peppering Fabianski’s target with nine shots during the 3-0 victory, that marked the most Nuno Espirito Santo’s side have attempted in a single Premier League match this season.

The trio of Diogo Jota, Ruben Neves and Joao Moutinho have received plaudits all season long for their performances for Wolves in the Premier League this campaign, and on Tuesday night the three Portuguese internationals were at their devastating best. Neves was flinging long-ranging passes around the pitch, left, right and centre, with the remarkable accuracy of an NFL quarterback – bar one where the midfielder unfortunately slipped as he looked for Jonny on the left. Jota, who has rediscovered his Championship form in recent months, continued against West Ham with his assist for Jimenez’s second finish being the seventh goal the 22-year-old has been involved in during his last six Premier League appearances. While older statesman Moutinho stepped up with the other two assists during the match with the Hammers. In the process he secured two assists in back-to-back league matches following his creation double in the 4-3 win against Leicester City last week. 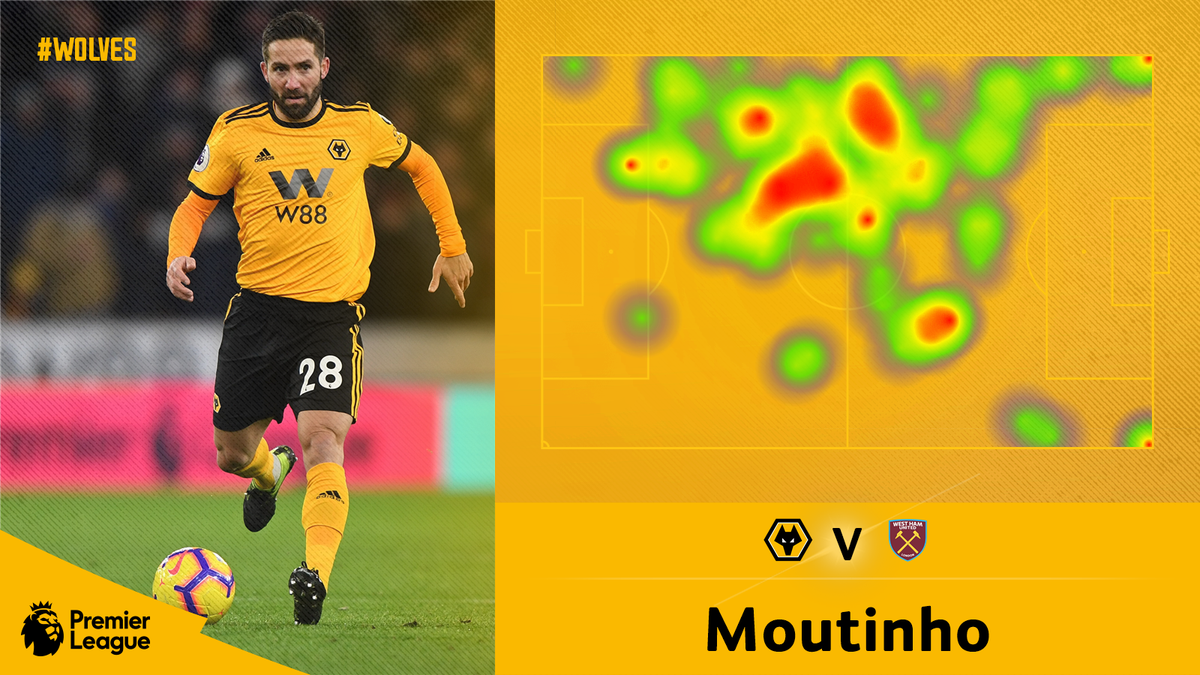 With the addition of three points following the West Ham win, Wolves have now accrued 35 points towards their Premier League tally for the 2018/19 campaign. Comparing that amount to previous four seasons the Wanderers were in the top flight, Nuno’s team currently have the third most points a Wolves team have gained in a single year, and there’s still more than three months of the season left to play. Wolves have already achieved more points than the top-flight teams of 2003/04 and 2011/12 – 33 and 25 respectively – and are three points short of the 2009/10 season which saw Mick McCarthy’s side finish 15th, and just five from the subsequent 11/12 campaign where the team secured 40 points – the club’s record Premier tally.

Another player who shone against West Ham was Wolves’ longest serving outfield player Matt Doherty, who, alongside Jonny on the opposite wing, was a constant attacking threat. With four goals and four assists, Doherty had a couple of chances to put Wolves ahead in the first half and even called for a penalty after coming together with Masuaka in the area. But the Irishman is not short of confidence at the moment, especially after netting the 93rd minute winner against Shrewsbury Town on Saturday, to keep Wolves’ FA Cup dreams alive. Following the match, Doherty said confidence among the squad is also high as Nuno’s team head back out on the road with a trip to Everton this weekend.