The Premier League returns as Wolves host West Ham United a Molineux. A Wolves double and Marko Arnautovic’s return are amongst the five things to look out for on Tuesday evening.

1. ARNAUTOVIC IN, BOLY OUT

A contract extension for Marko Arnautovic has put pay to rumours of the Austrian’s future and he’s set to return to the West Ham team on Tuesday. The forward has spent the January transfer window linked with a move to China, but on Saturday pledged his allegiance to the Hammers and Manuel Pellegrini is expected to bring Arnautovic back into his side, possibly taking the place of Andy Carroll. The Hammers also have Ryan Fredericks back available after being ruled out since November with a shin injury. Fredericks returned against Wimbledon on Saturday, but there’s less positive news on Lucas Perez, who was injured in the same game and won’t travel to Molineux. As for Wolves, only Willy Boly misses out with the final game of his suspension and will be back to face Everton on Saturday. On show at Molineux are expected to be two of the Premier League’s in-form players, in the shape of Diogo Jota and Felipe Anderson. Jota devastated Leicester in his last outing by firing a hat-trick, the last of which resulted in a last-minute victory. He’s had a hand in six goals in his last five Premier League appearances, with five goals and one assist and, after being rested at Shrewsbury on Saturday, he’ll be keen to add to that tally. In the away camp, Anderson is enjoying a fine first season in the Premier League – he’s their leading scorer with nine to his name. The Brazilian has been directly involved in four of West Ham’s last five away Premier League goals, scoring three and assisting the other. Who will impress most at Molineux?

Saturday’s FA Cup tie at Shrewsbury Town was a significant occasion for Ryan Giles, who made his senior Wolves debut wide left. The Academy product has risen through the club’s youth system and impressed for Rob Edwards’ under-23s this term, earning him a place in Nuno’s squad. Giles has been on the bench four times already this season, but was thrown in from the start in Shropshire. He performed admirably in the left wing-back role and will now be eyeing a Premier League debut – could it come against West Ham? The Hammers boast impressive records in the away department heading into Tuesday’s clash at Molineux. West Ham are unbeaten in their previous three top-flight away games against Wolves, winning two and drawing one since a 2-1 Wolves win in May 1982. The Londoners are also unbeaten in their previous eight Premier League away games played in mid-week, their last reverse coming against Arsenal in April 2014. Their away form this term has been mixed however, with four victories but five losses coming on the road, and they bowed out of the FA Cup at Wimbledon on Saturday, so will they be able to respond?

Wolves’ away victory at West Ham United back in September will live long in the memory of supporters, as the first in the Premier League under Nuno Espirito Santo. Now on offer is a first Premier League double of the season and a first against West Ham ever in what is the 30th season the two clubs have faced each other. Should the double be achieved, it will be Wolves’ first in the top flight since their success against Sunderland back in the 2010/11 season – one of only two Premier League doubles in the club’s history. 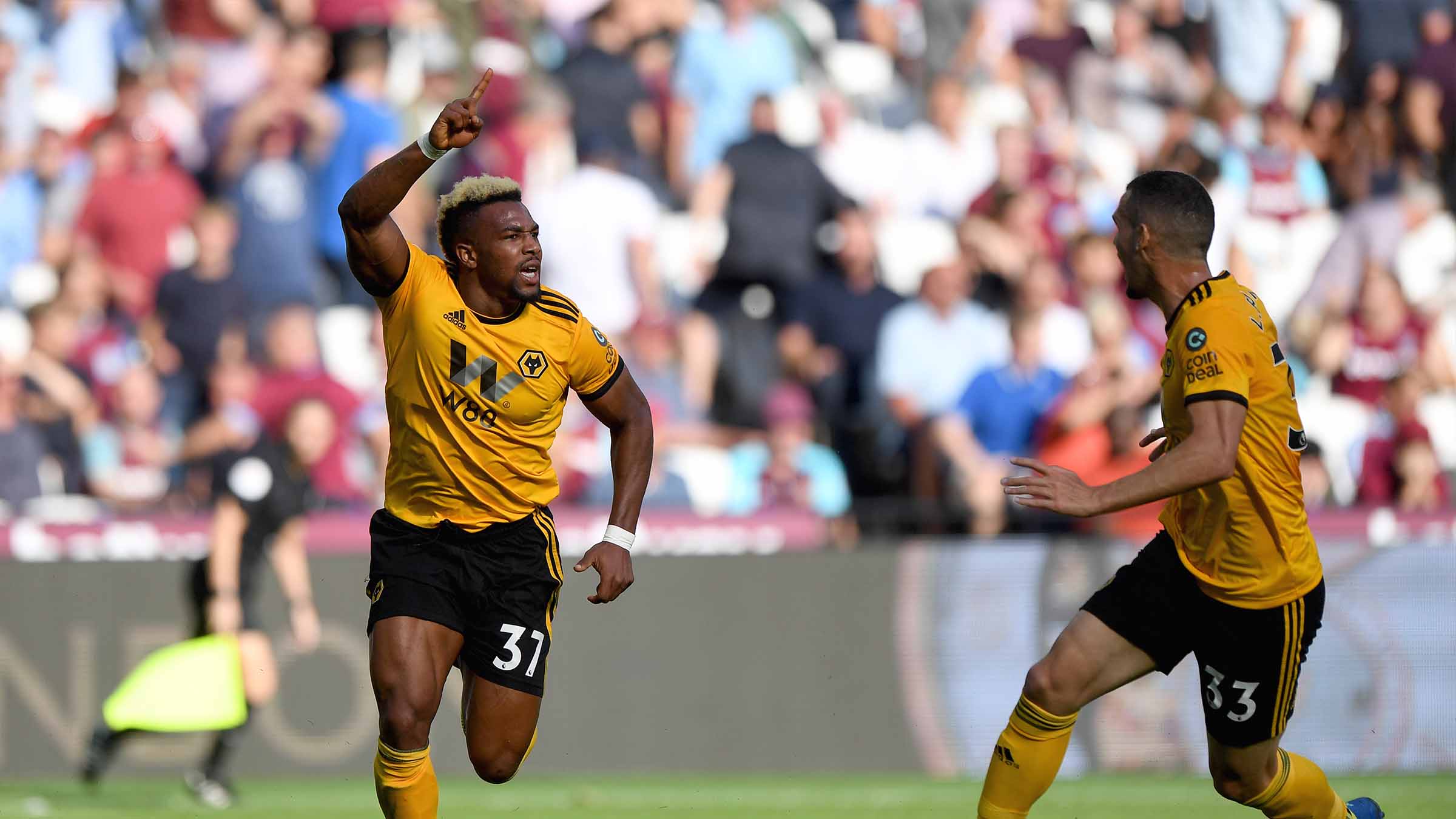