A sensational win, brimming with sub-plots and dramatic twists, it’s time to dissect the events during Saturday’s remarkable victory over Leicester City with five things we spotted at Molineux.

Diogo Jota’s hat-trick was a massive feat on both a personal and club level. For Wolves, it was their first ever Premier League treble and supporters have to delve back into the records of more than 40 years for the club’s last top-flight hat-trick. The man responsible was the legendary John Richards, who coincidently also bagged his treble against the Foxes on 1st October 1977 in a 3-0 win. For Jota, it was his second career hat-trick, after the Portuguese claimed three for Porto against CD Nacional, like Richards on 1st October, but in 2016. 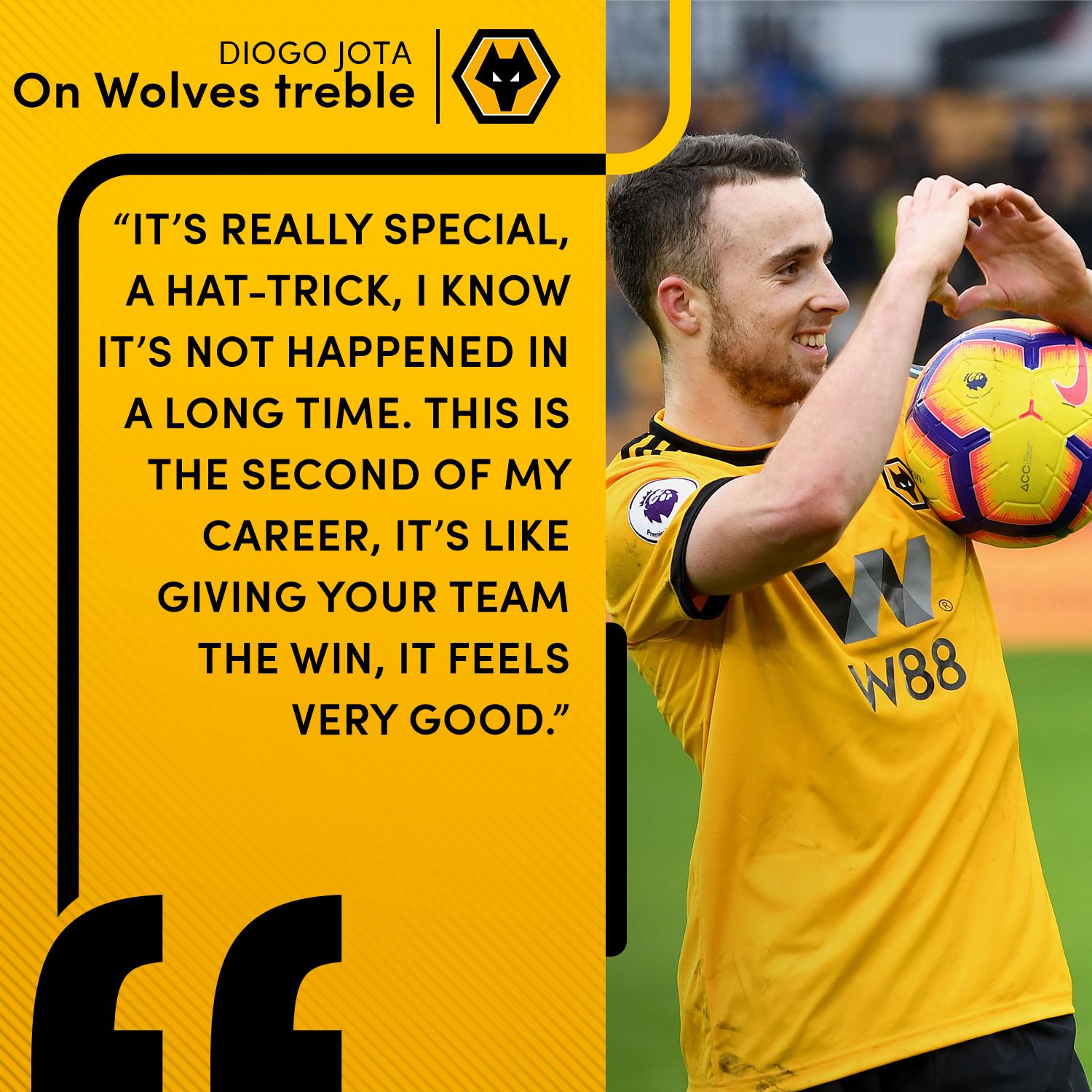 2. BENNETT’S FIRST OF THE SEASON

While Jota rightly took the plaudits for his sensational hat-trick, Nuno will have been delighted to see his defence help out in the scoring department through Ryan Bennett. The defender leapt like a salmon to rise above Harry Maguire and head home Joao Moutinho’s corner on 12 minutes to make it the perfect start at 2-0. It was Bennett’s first goal since that remarkable last-minute winner at Bristol City in the Championship and was also the first Wolves goal scored in the Premier League by an Englishman since Matt Jarvis bagged against Wigan in May 2012.

Those inside Molineux were treated to a midfield masterclass on Saturday. The passing range of Ruben Neves was at its peak, while Moutinho’s delivery was equally as crucial in the victory. Neves was brimming with confidence even before he played a starring role in the final two goals. His inch-perfect touch and pass set up Jota for the third, while the midfielder, in the final seconds of the game, threaded the ball through the eye of a needle in the Leicester defence for the winner. His fellow midfielder Moutinho had earlier superbly set up Jota and Bennett with fantastic deliveries into the box. Finally, what can’t go unnoticed is the contribution of Leander Dendoncker, who was everywhere and put in a display which allowed the Portuguese pair to flourish alongside him. 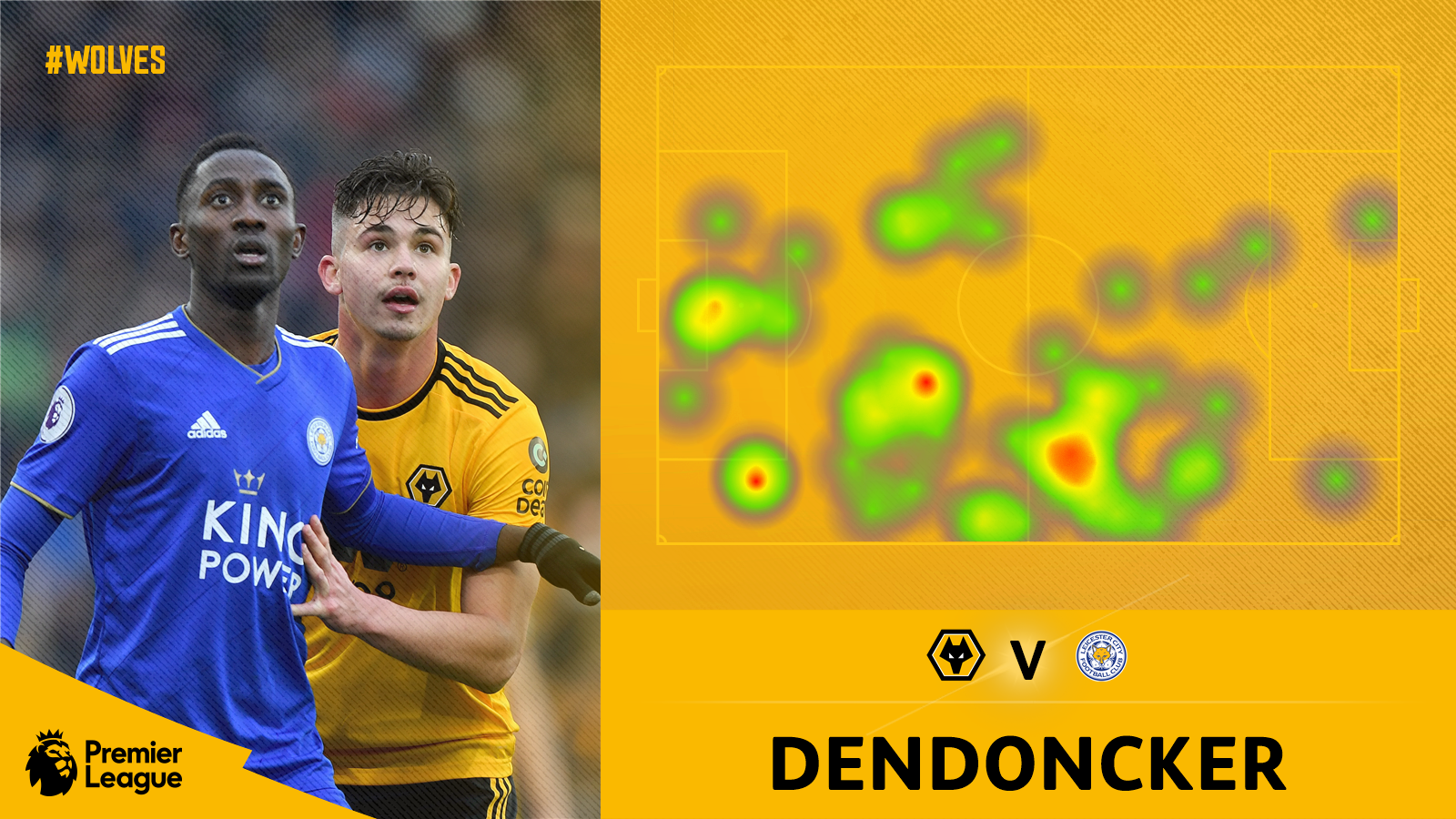 Wolves have kept the core of their team together for as much as possible, but a pair of key absentees knocked Nuno’s ever-present starters down to three in the Premier League. Willy Boly and Matt Doherty had featured in every starting eleven in the Premier League this term until the visit of Leicester. Boly sat out through suspension, while Matt Doherty started on the bench, but came on to play his part in the victory. It leaves just Rui Patricio, Conor Coady and Raul Jimenez as the trio who are yet to begin a matchday outside of the starting line-up.

Lost in the mayhem on Saturday was another achievement Jota scooped – the 100th Wolves Premier League goal at Molineux. The record stretches across four-and-a-half seasons in the redeveloped top-flight. The first goal came courtesy of Colin Cameron, who incidentally claimed the first three at Molineux. Steven Fletcher holds the current high with 11, but with Raul Jimenez on five and Jota himself now up to four, could that record be broken this season? Supporters can expect #Molineux100 content through the coming days on official channels.

For extended highlights of Saturday’s win click here or the picture below. 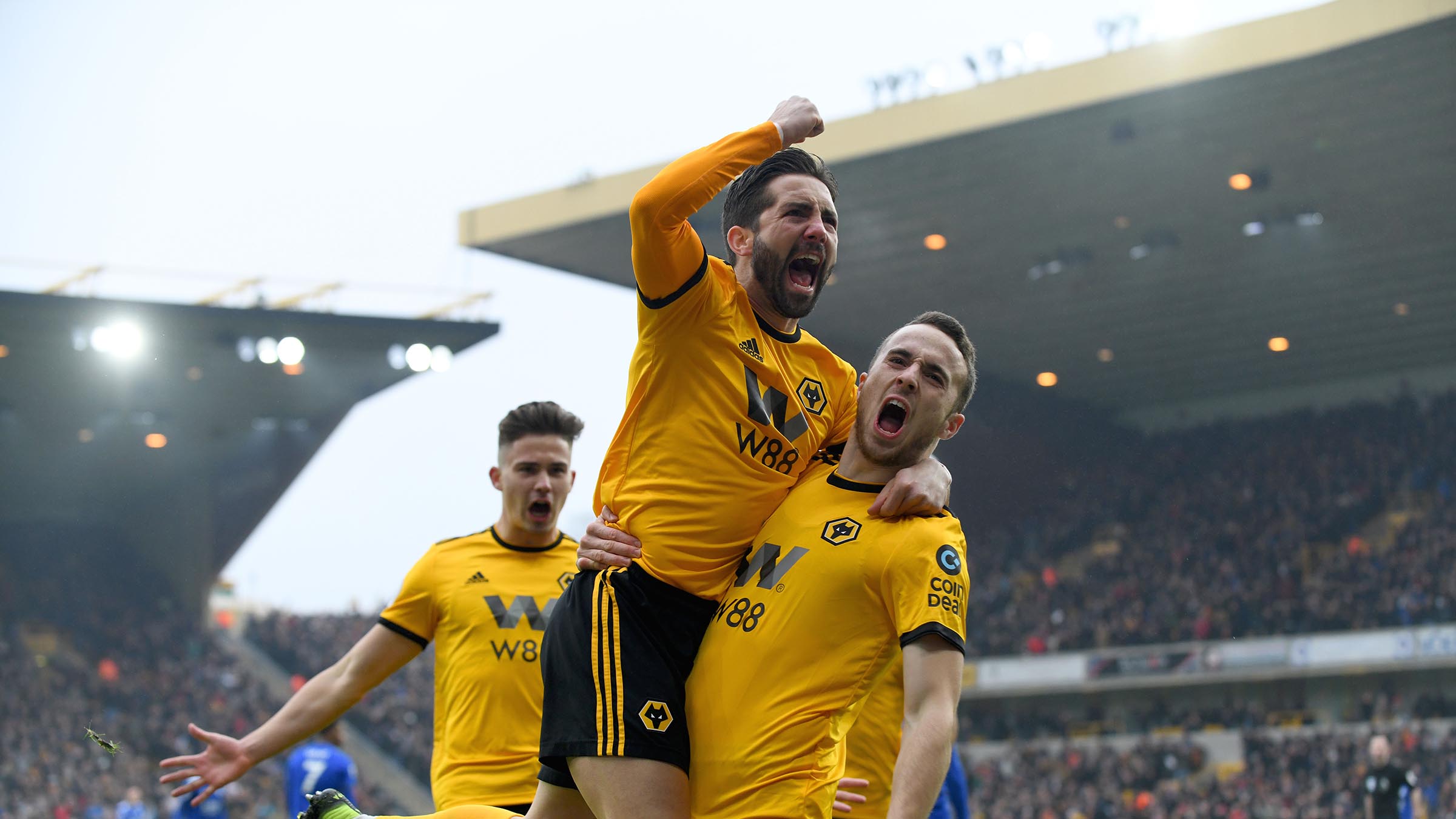