Wolves are back at Molineux on Saturday lunchtime hoping to get revenge on Leicester City following the Premier League defeat at the King Power Stadium at the start of the season. Here’s five things to know ahead of the visit of the Foxes.

Although Wolves’ most recent home form in the Premier League leaves a lot to be desired following five losses in the last seven matches, when playing against Leicester at Molineux Wolves seem to up their game, winning all but one of their last eight home ties in the top flight against the Foxes - and all but two of their last 14 league fixtures between the two sides at Molineux in any tier of the English football. The last time a Wolves side were slain at home by Leicester was a 1-0 defeat in 1982, and since then Wolves have claimed five wins and two draws versus their Midlands rivals in the top flight. 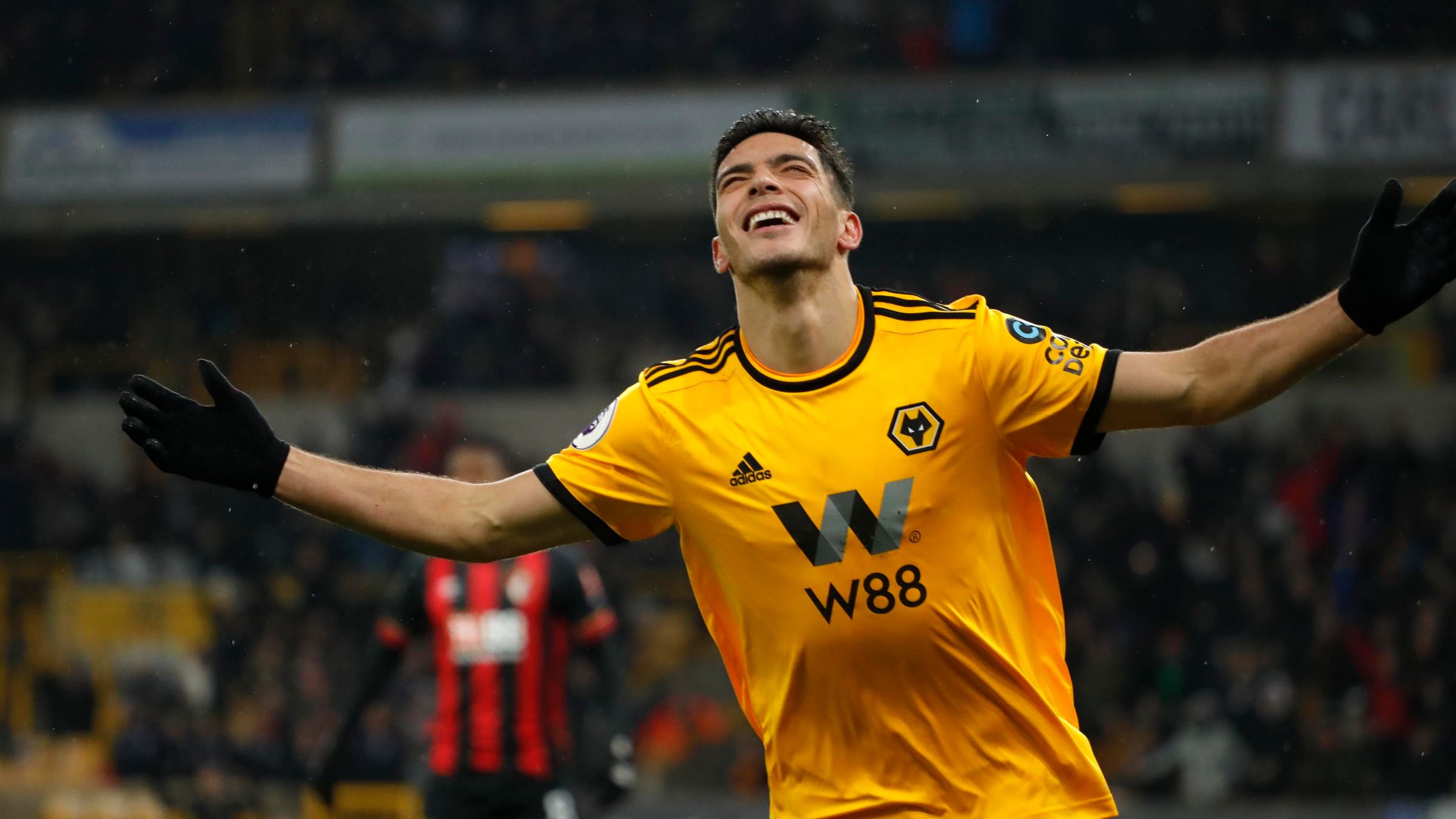 When they arrive at Molineux on Saturday, Leicester will be looking to win a third consecutive away league game for the first time since April 2016, but will they be able to rely on the goals of Jamie Vardy, who has failed to find the net in any of his four appearances against Wolves so far in his career. Leicester also might find themselves having to win from behind if recent form plays out. Only Cardiff have conceded more first half Premier League goals than the Foxes so far this season, but Claude Puel’s side have, on six occasions, avoided defeat when going behind from the opening goal – more than any other team in the division.

However, Wolves are no strangers to comebacks themselves – especially against Leicester. Alongside the 1-0 defeat of Manchester United, one of Molineux’s most memorable victories in the club’s first season back in the top-flight during the 2003/04 season was the 4-3 win against the Foxes in October 2003 – Wolves’ only previous home Premier League match with Leicester. Dave Jones' Wolves side found themselves behind by three goals heading into of half-time thanks to Les Ferdinand's brace and a goal from Riccy Scimeca. However, Wolves came out in the second half a different side, firing in four goals – two from Colin Cameron and one each for Alex Rae and Henri Camara – sending the 25,000 home supporters in the ground into raptures.

WATCH the stunning second-half comeback from 2003 below... 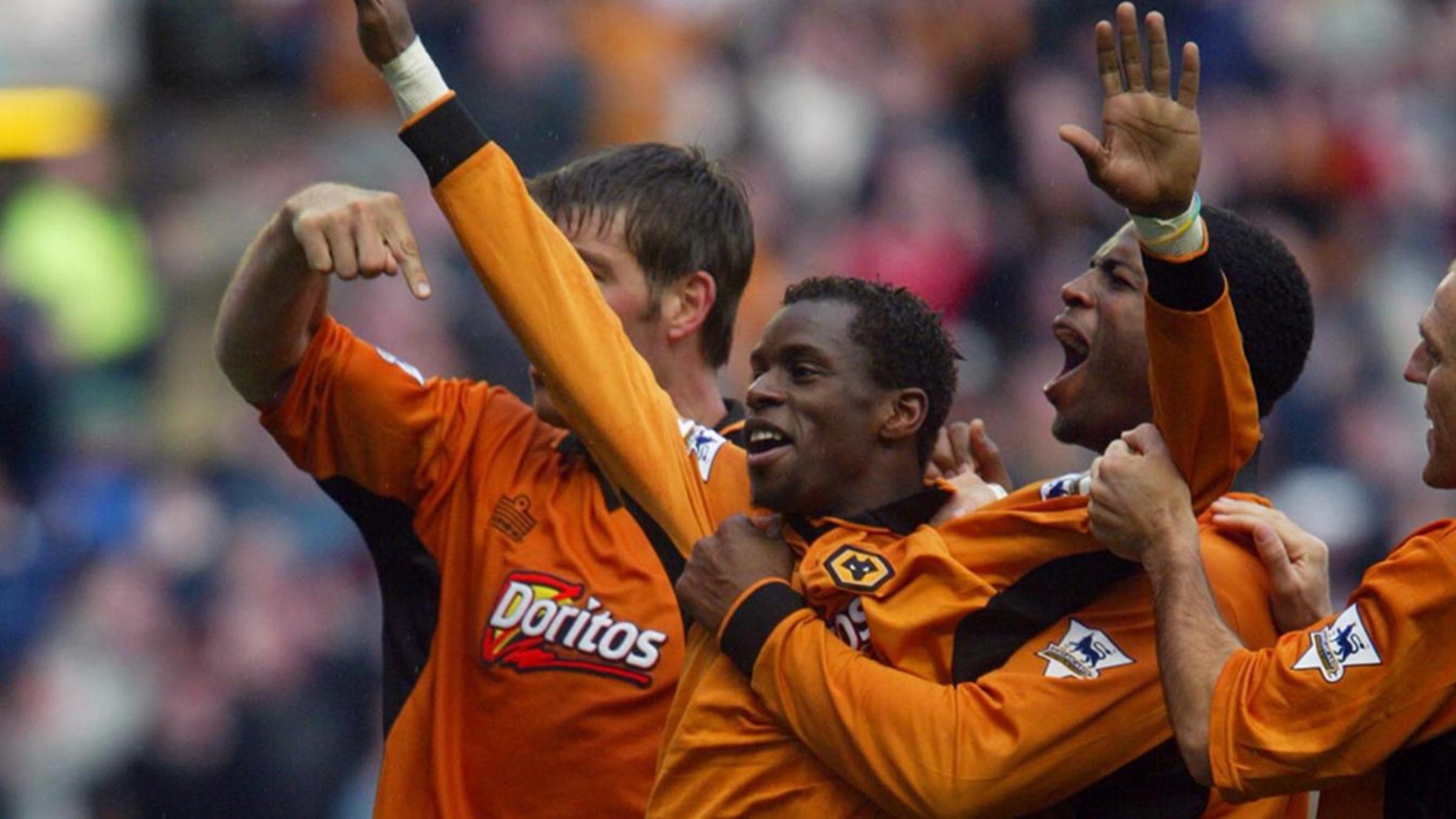 Do you think you can name the 16 players who were in Wolves' squad for that memorable fightback? Click here to take our latest Wolves Trivia quiz.

Nuno Espirito Santo made just two changes to his Wolves side for Monday night’s trip to Premier League champions Manchester City, with Rui Patricio and Matt Doherty coming into the side which beat Liverpool at Molineux. However, Willy Boly’s sending off after just 19 minutes at the Etihad means the big Frenchman will be missing from Wolves’ next three matches – starting from tomorrow and including next Saturday’s FA Cup fourth round tie with Shrewsbury Town. Leander Dendocker was moved back into defence to cover for Boly during the rest of the City clash, but will Nuno use Boly’s absence as a reason for rotating his versatile squad?

Although Wolves have no fresh injury worries, Leicester will be without Ghanaian Daniel Amartey who has broken his ankle, but Claude Puel will be boosted by the return of former West Brom and Man United defender Jonny Evans, who has recovered sooner than expected from a broken toe.

One of the players who could benefit if Nuno decides to rotate his team for the visit of Leicester will be Morgan Gibbs-White. With one of Dendoncker or Romain Saiss expected to provide defensive cover, that could leave a space in midfield for the 18-year-old. Heading into this Saturday lunchtime’s clash, Gibbs-White spoke to Sky Sports’ Laura Woods about his upbringing at Wolves, how the club has adapted to life in the Premier League, and his thoughts on this weekend’s opponents. 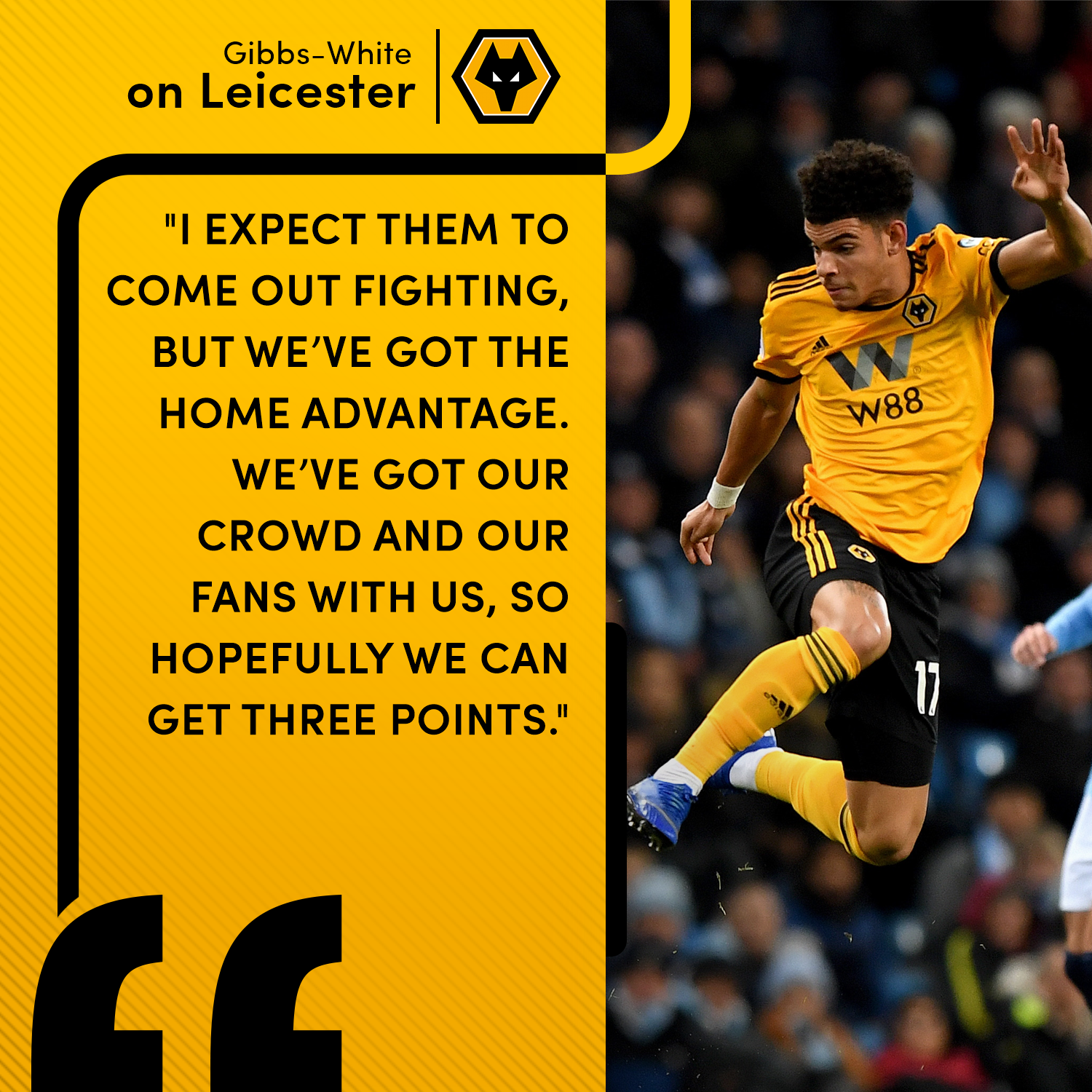 The full pre-game interview with Gibbs-White will air before kick-off tomorrow on Sky Sports Premier League.