Two fine goals, a win over the Premier League leaders and a passage into the FA Cup fourth round - Monday evening was a successful one for Wolves and here are five things we spotted at Molineux.

Famed for his long-range stunners in last season’s Championship-winning team, but Ruben Neves’ brilliant winner was his first from open play in 2018/19, and he’ll hope the first of many. The midfielder’s fantastic free-kick against Everton on the opening day was added to by a successful penalty against Tottenham in November, and his Liverpool strike made it three. After starting on the bench against Fulham and Crystal Palace recently, Neves has now staked a claim for a starting place at the Etihad Stadium next week. Is the Mitre ball, used in the Championship and FA Cup, Neves’ secret weapon? 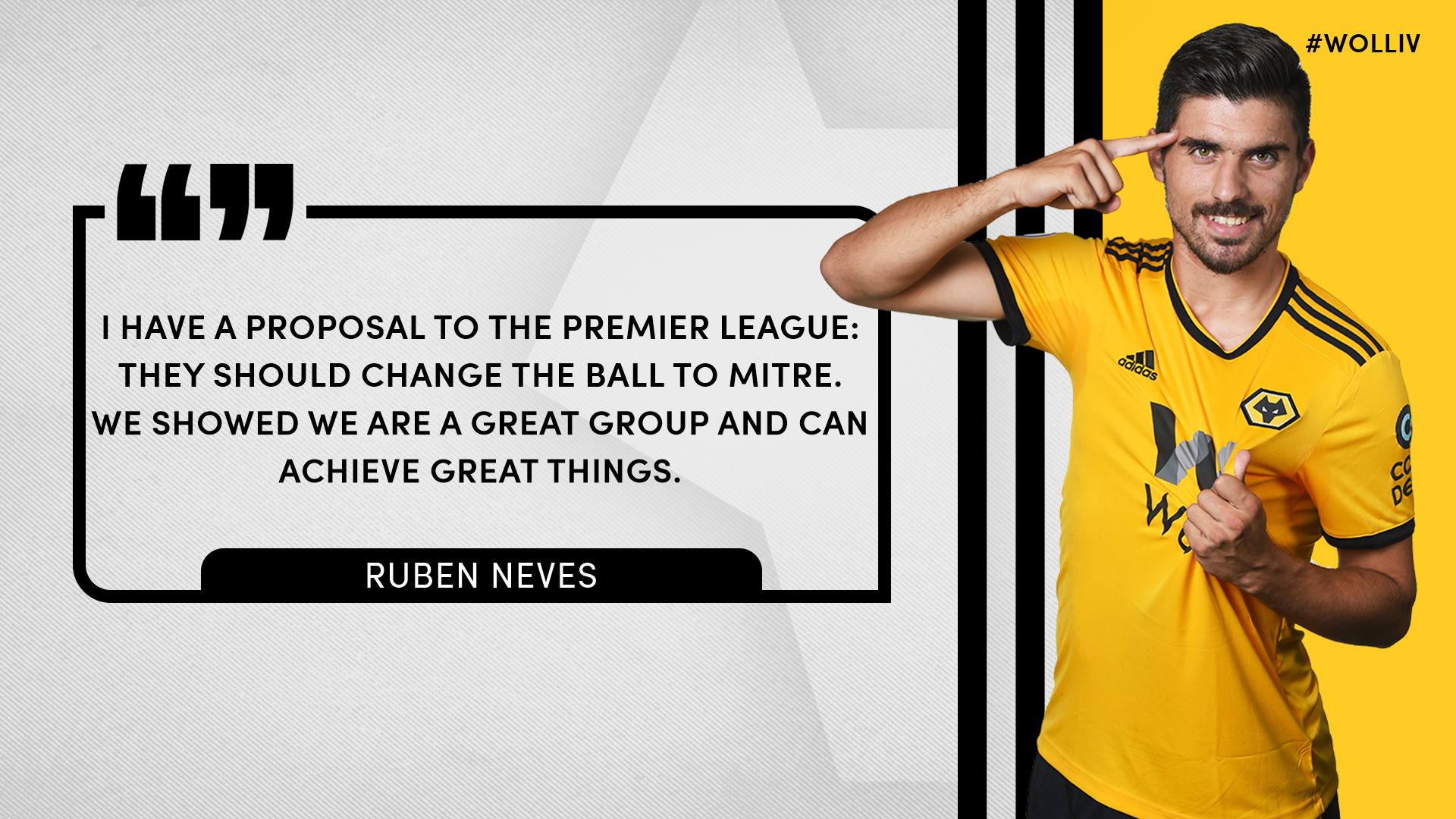 After only returning to training on Friday, Diogo Jota was throw in from the start against the Reds and performed like he’d never been away. The Portuguese was injured against Bournemouth in December and has since missed four Premier League matches, but returned to play a starring role in the FA Cup win. His harrying created Raul Jimenez’s open goal, as well as his tactical running across the face of James Milner. Subbed after 52 minutes, he should be fresh and keen for a return to Premier League action on Monday night.

The form of Rui Patricio this season has seen John Ruddy restricted of minutes, but when his opportunity arrived on Monday, he took it. Although beaten by Divock Origi for his first conceded goal in three cup matches this term, the goalkeeper still earned the plaudits for a quite remarkable save from Xherdan Shaqiri to help Wolves into the fourth round. The Liverpool midfielder’s fine free-kick looked destined for the top corner, before Ruddy flew through the air to get the slightest of touches, to divert the ball onto the inside of the post and away from danger. Despite the referee giving a goal-kick, replays showed the vital intervention from Ruddy. 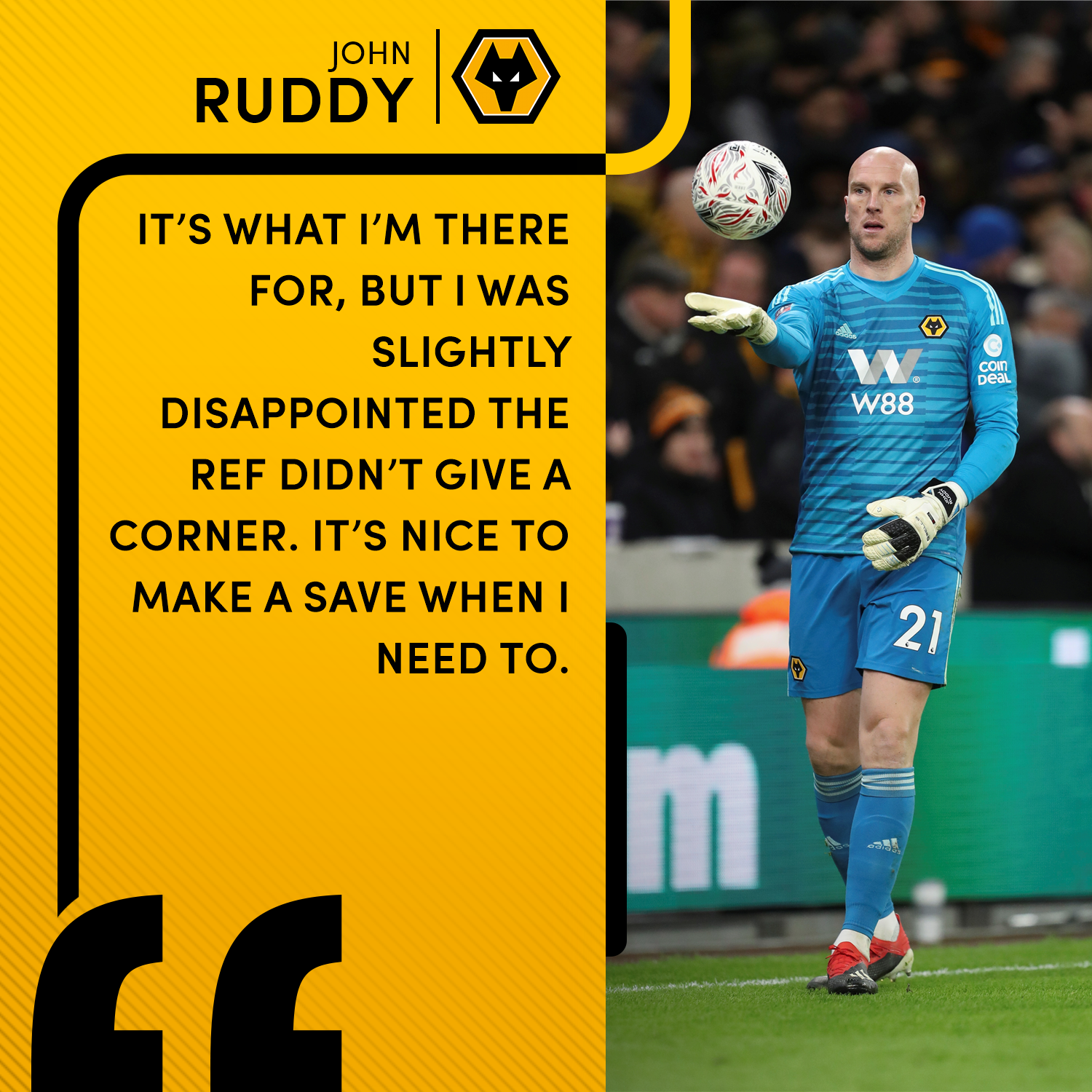 Several stats were sent to the history books on Monday evening as Nuno’s side earned a first Wolves home win over Liverpool in seven attempts – a run stretching back to a 1-0 victory in August 1981. Raul Jimenez’s goal was also Wolves’ first at Molineux against the Reds in 398 minutes, with Kenny Miller the last player to back in old gold against Liverpool in January 2004. The club have enjoyed a good FA Cup record over the Reds in the past however, and Monday was the fifth win in seven cup times for Wolves against the Reds, adding to the famous Anfield win of 2017.

5. GOOD NIGHT FOR ALL TEAMS

While Nuno’s side were defeating the Premier League leaders, Rob Edwards’ under-23s were also impressing against rivals, West Brom. The youngsters defeated the Baggies 4-2 thanks to Max Kilman, Niall Ennis, Pedro Goncalves and Oskar Buur, seeing them return to the top of Premier League 2 Division 2. The under-23s had enjoyed time to rest over the Christmas period and the pair of victories, for first-team and under-23s, shows the strong philosophy which is spread across the club. 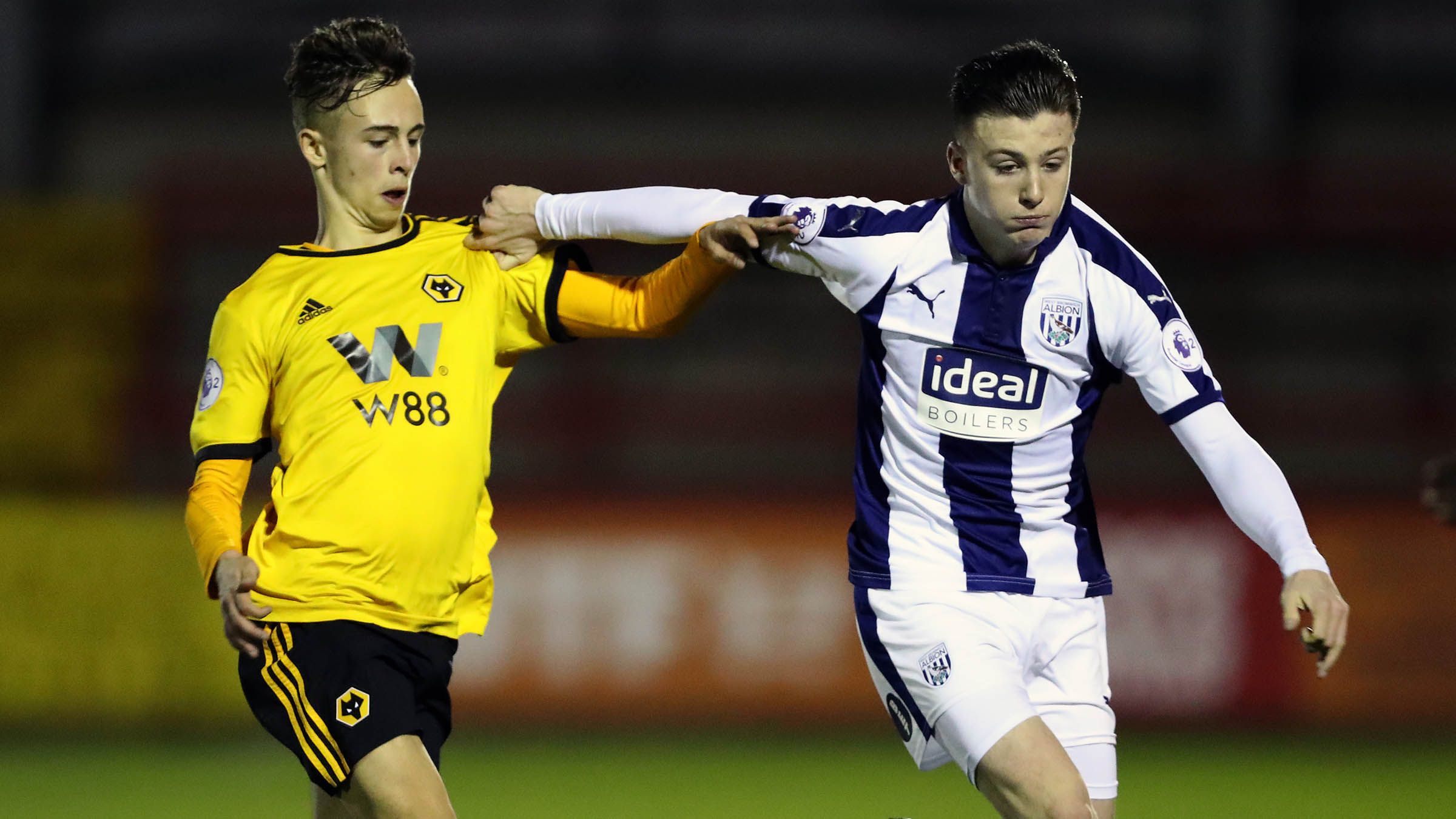