Wolves are back at Molineux and preparing to take on Crystal Palace after picking up four points from their two Christmas period matches in the capital. Here’s five things to know ahead of tonight’s Premier League clash.

As well as maintaining Wolves’ impressive winning record at Wembley, Saturday’s victory over Tottenham Hotspur was also the first time this current team have scored three goals in one Premier League match. Wolves have notched two in the same game six times so far this season, but Helder Costa’s 87th minute effort gave Nuno’s side that elusive third goal and was enough for Wolves to seal the memorable victory. Before this season, the last time a Wolves side had scored at least three in the top flight was during a 4-4 draw with Swansea on 28th April 2012, including a double from new Walsall loanee signing Matt Jarvis. 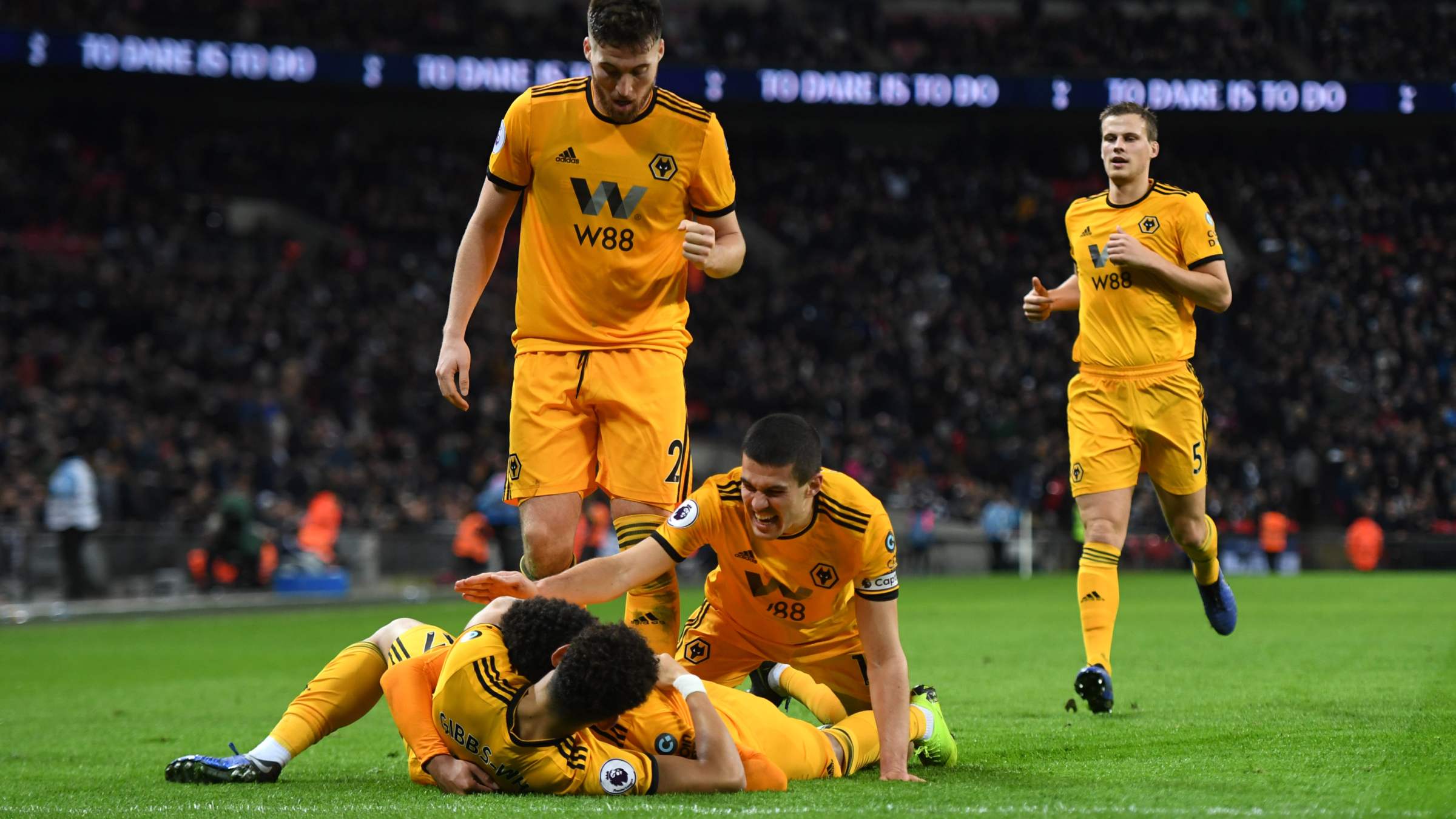 Tonight’s match with Crystal Palace give’s Nuno’s side the chance to claim their first double over a team. It’s just the second time this Premier League season that Wolves have played a team twice, and victory tonight would make it two wins out of two against Roy Hodgson’s side following Matt Doherty’s second half winner at Selhurst Park in October. The last time Wolves did the double over Palace was back in the Championship season of 2008/09 when Wolves followed up a 2-1 win at Molineux in September ’08 with a 1-0 away success in March ’09 where a Sylvan Ebanks-Blake penalty made the difference.

In their two trips to London during the Christmas period, Wolves found themselves going behind before having to fight back to claim the points – demonstrating the resilience of the current team. Firstly, at Fulham, Ryan Sessegnon’s hammer drive put the home side in front before Romain Saiss equalised, before Harry Kane’s stunner put Spurs ahead at Wembley before Wolves’ spectacular second half comeback. Picking up points after going behind against London-based clubs is something Wolves have been good at this season, after the team also found themselves 1-0 down to Chelsea at Molineux in early December before goals from Raul Jimenez and Diogo Jota sealed a 2-1 win.

Nuno has been making several changes to his midfield trio as his side have faced an increased number of Premier League games during the Christmas period. Against Spurs last week, Ruben Neves, Ivan Cavaleiro and Leander Dendoncker came in to the starting line-up in place of Joao Moutinho, Morgan Gibbs-White and Romain Saiss, and it wouldn’t be surprising if it was a different trio who start against Palace this evening.

The visitors only have one confirmed injury, with Christian Benteke remaining on the side-lines with a long-term knee problem, while Max Meyer and Connor Wickham are in contention to start at Molineux.

5. BOLY AMONG THE POINTS

You cannot argue any of the Wolves players didn’t step up to the plate against Spurs on Saturday, but one of the key factors in the side picking up the three points at Wembley was the impact of Willy Boly. The left-sided centre-back was a dominant force at the back as he was part of the Wolves defence which stopped Spurs from having any shots in the second 45 minutes of the match. The domineering Frenchman was also in the right place at the right time to put Wolves in front as he planted Joao Moutinho’s corner past Hugo Lloris with a bullet header. Boly is one Wolves player who Fantasy Premier League owners might want to take a chance on in the second half of this season. The £4.6m rated defender is Wolves’ joint third highest points scorer this season following the 10 points he claimed on Saturday. 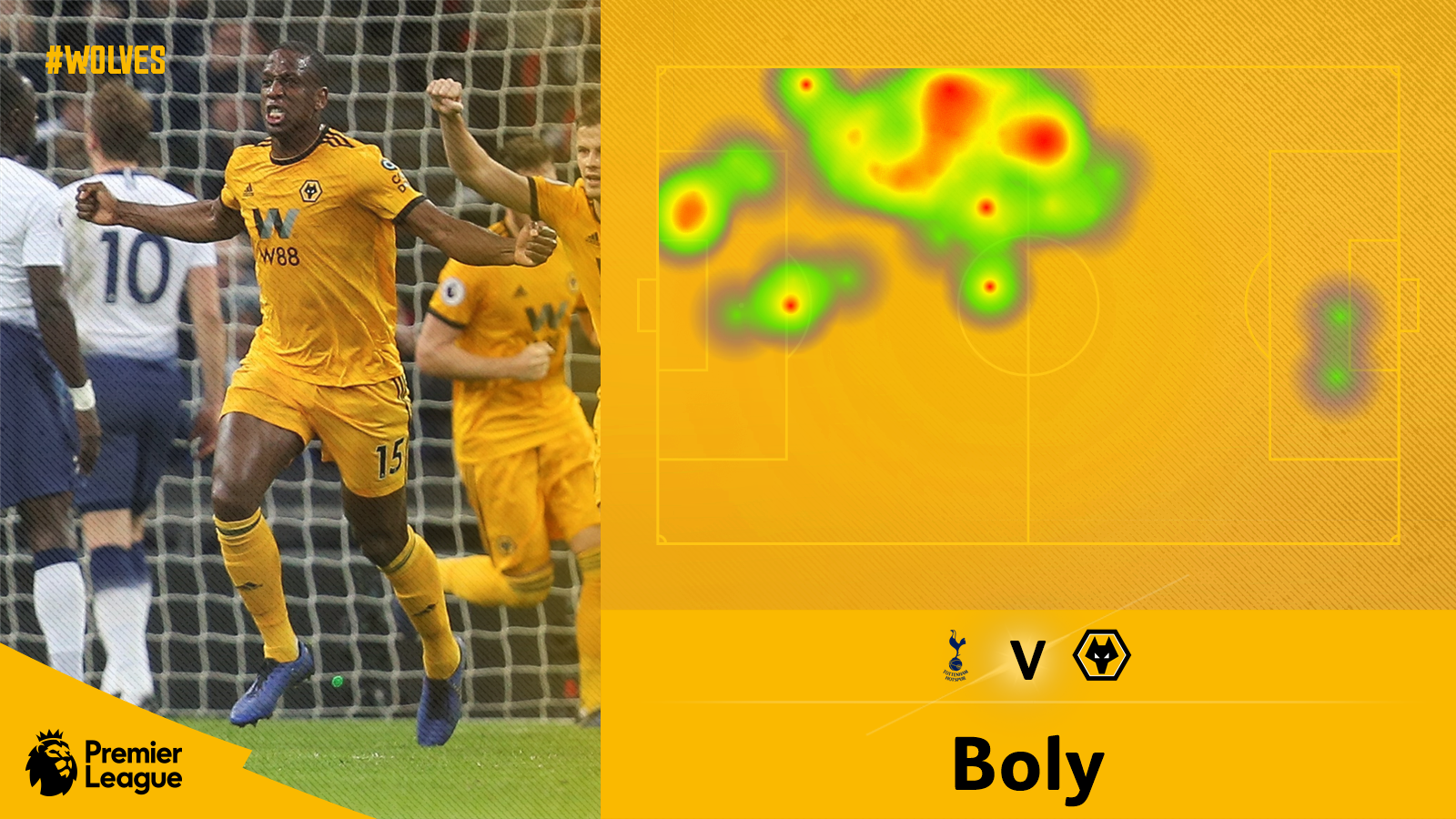