Tottenham vs Wolves | 5 things we spotted

Wolves’ maintained their undefeated run of Premier League games in the capital this season with Saturday’s stunning fight back against Tottenham, but here’s five other things we noticed following Wolves’ 3-1 win at Wembley.

In taking down Spurs, thanks to the trio of goals from Willy Boly, Raul Jimenez and Helder Costa, Wolves moved up the Premier League table, and now sit seventh in the league heading into 2019. The last time a Wolves side were at this lofty a postition in the English top flight on a New Year’s Eve was 31st December 1972. Bill McGarry’s '72 team were also seventh in the table following a 2-0 victory over Leicester City on Boxing Day at Molineux, with the goals coming from club legends John Richards and Derek Dougan. That season, Wolves went on to finish in fifth place, qualifying for the 1973/74 UEFA Cup in the process. 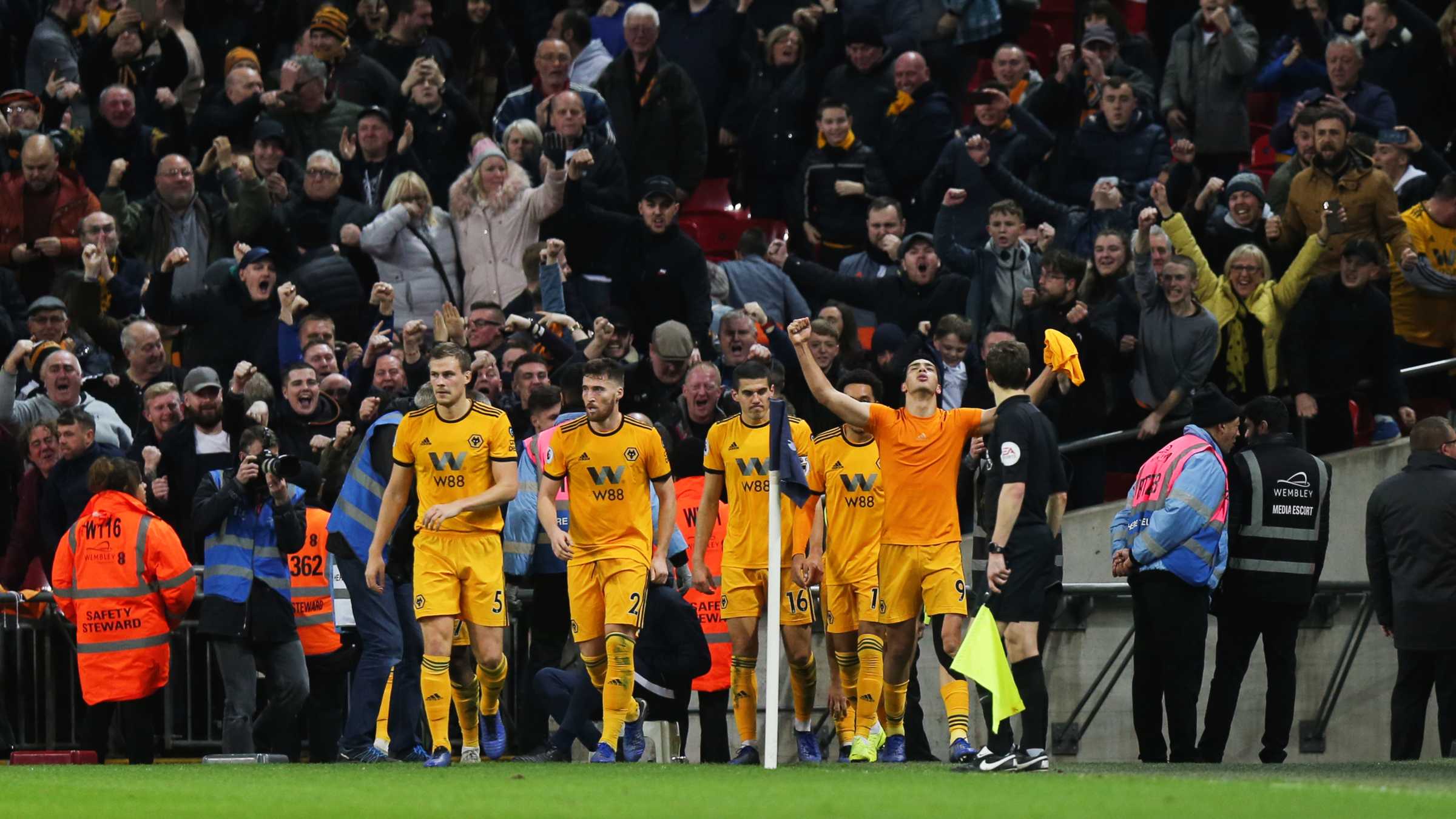 Although Spurs had a mighty record at Wembley this season, winning all but two of their matches at home – against Liverpool and Manchester City – before Wolves’ victory on Saturday, the win for the Wanderers continues the club’s impressive run of results at the national stadium. In major competitions post-Second World War, Wolves are undefeated at the home of English football. In fact, you have to go all the way back until the 1939 FA Cup final and a 4-1 defeat to Portsmouth to find the last time Wolves came away from Wembley empty handed. Since then, there has been the victorious FA Cup campaigns of 1949 and '60, the League Cups of 1974 and '80, and of course the Sherpa Van Trophy title of 1988. Wolves just love playing at Wembley.

Following goals against Everton, Burnley, Spurs, Bournemouth and Chelsea at Molineux, Raul Jimenez netted for the first team away from home to put Wolves in front at Wembley with just seven minutes of the match remaining. The Mexican international was also the pick of the Wolves forwards, completing 81 per cent of his 32 passes in the match, while taking three of his sides’ 11 shots, one of them being Wolves’ only shot on target that didn’t end up going in the back of Hugo Lloris’ net. Compared to Spurs’ singular effort inside the box, Wolves were able to get nine shots away from within 12 yards, and two – including Jimenez’s goal – shots from outside the area. 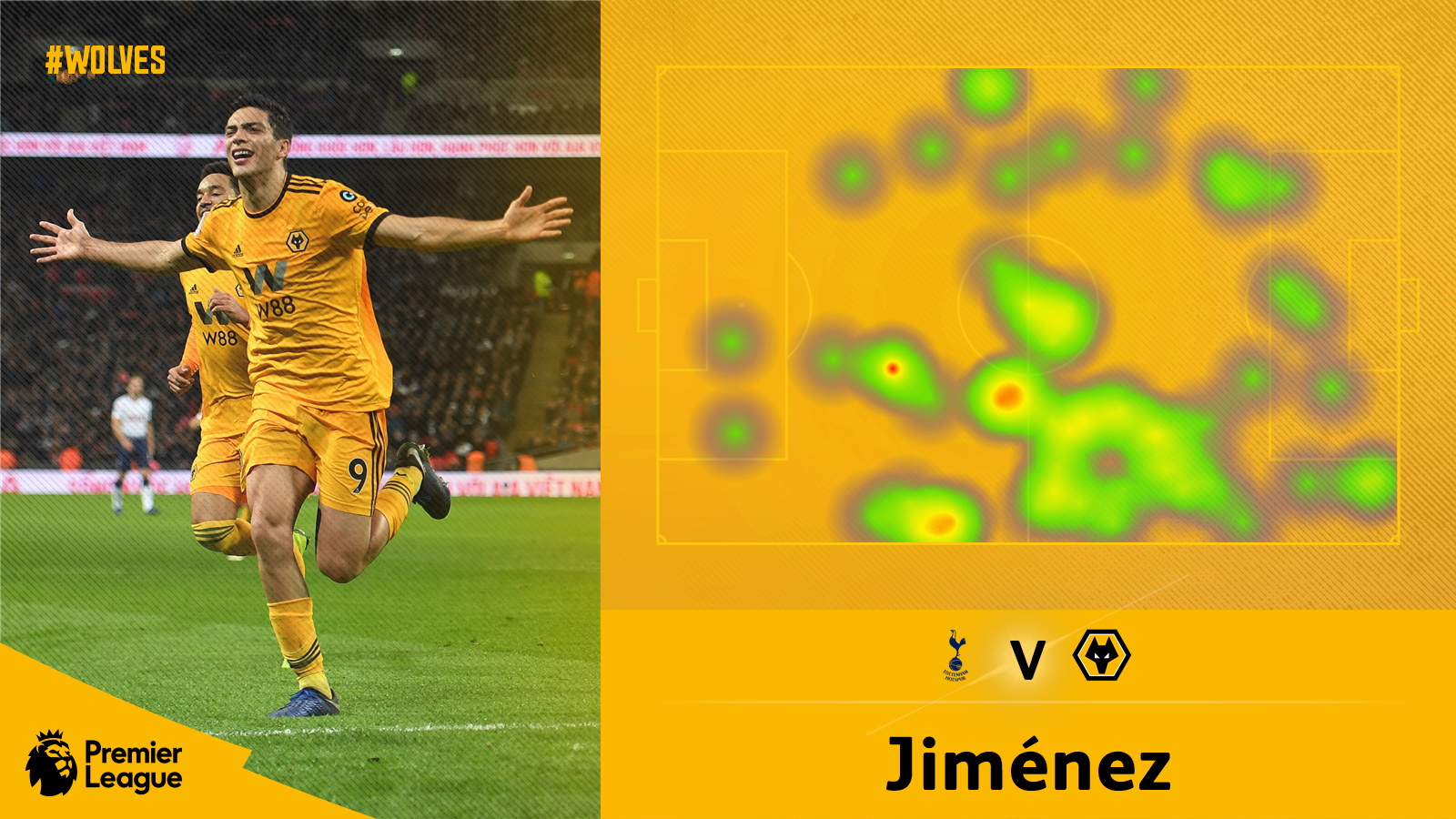 With the succession of games coming thick and fast during the Christmas period, Nuno has been regularly changing his midfield two or three to keep the centre of his team fresh. Against Fulham on Boxing Day it was Ruben Neves who took his place on the bench, while the head coach completely changed his midfield for the visit to Tottenham, taking out Joao Moutinho, Morgan Gibbs-White and Romain Saiss and brining in Neves, Ivan Cavaleiro and – for his first ever Wolves start – Leander Dendoncker. But Nuno knows he can count on his squad to help change games, and it was the introduction of Moutinho from the bench in the 68th minute which spurred Wolves to victory, with his corner landing perfectly onto the head of Willy Boly, who made no mistake from 10 yards out with his bullet header.

Going into Saturday’s game, Spurs had scored 11 goals in two matches, putting six past Everton and five against Bournemouth, so you’d have been forgiven for thinking Tottenham could have gone on score three or four past Wolves in the second half at Wembley - especially when the home side went into the break after getting away 10 first half shots. But that wasn't the case thanks to a resolute, but dynamic second half performance from the whole Wolves team. Led by the outstanding Conor Coady, Wolves restricted Spurs to zero chances in the second half, while they had 12 of their own, netting three times in what was a magnificent 45 minutes from the team in gold and black. 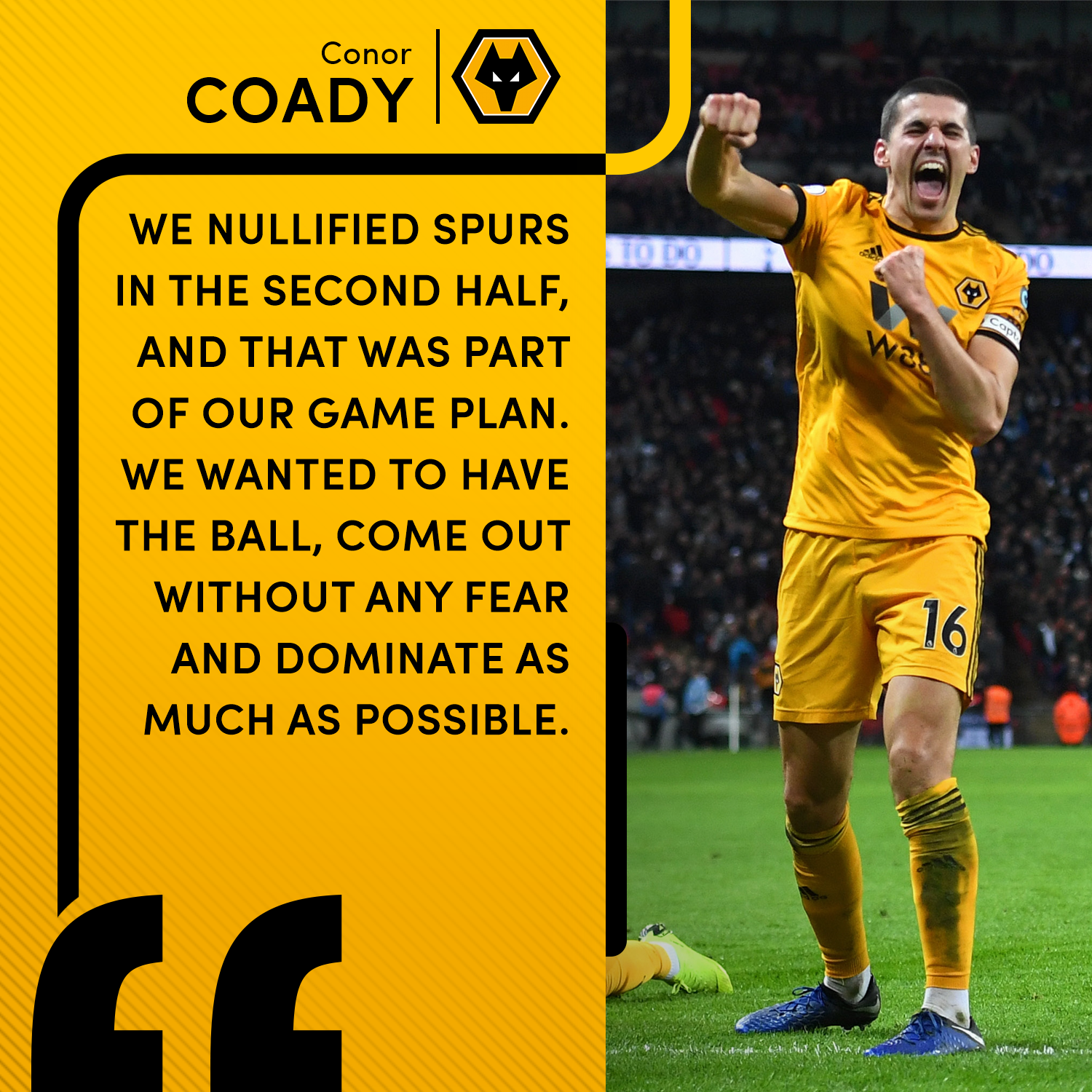