Three successive Premier League wins and a familiar face on the left, here are five things spotted during Saturday's win over AFC Bournemouth.

After a month out through injury, Jonny Otto’s return was a welcome one on Saturday. Nuno had given nothing away in the pre-match build-up, so Jonny’s presence in the starting line-up may have surprised a few, but the defender slotted in like he’d never been away. Despite the impressive deputising by Ruben Vinagre, Jonny slotted into the most favourable defensive five this term and a first clean sheet since October followed. The Spaniard even had a sight of goal himself, but his right-footed effort was well blocked by the Bournemouth defence, but it couldn’t ruin his successful return. 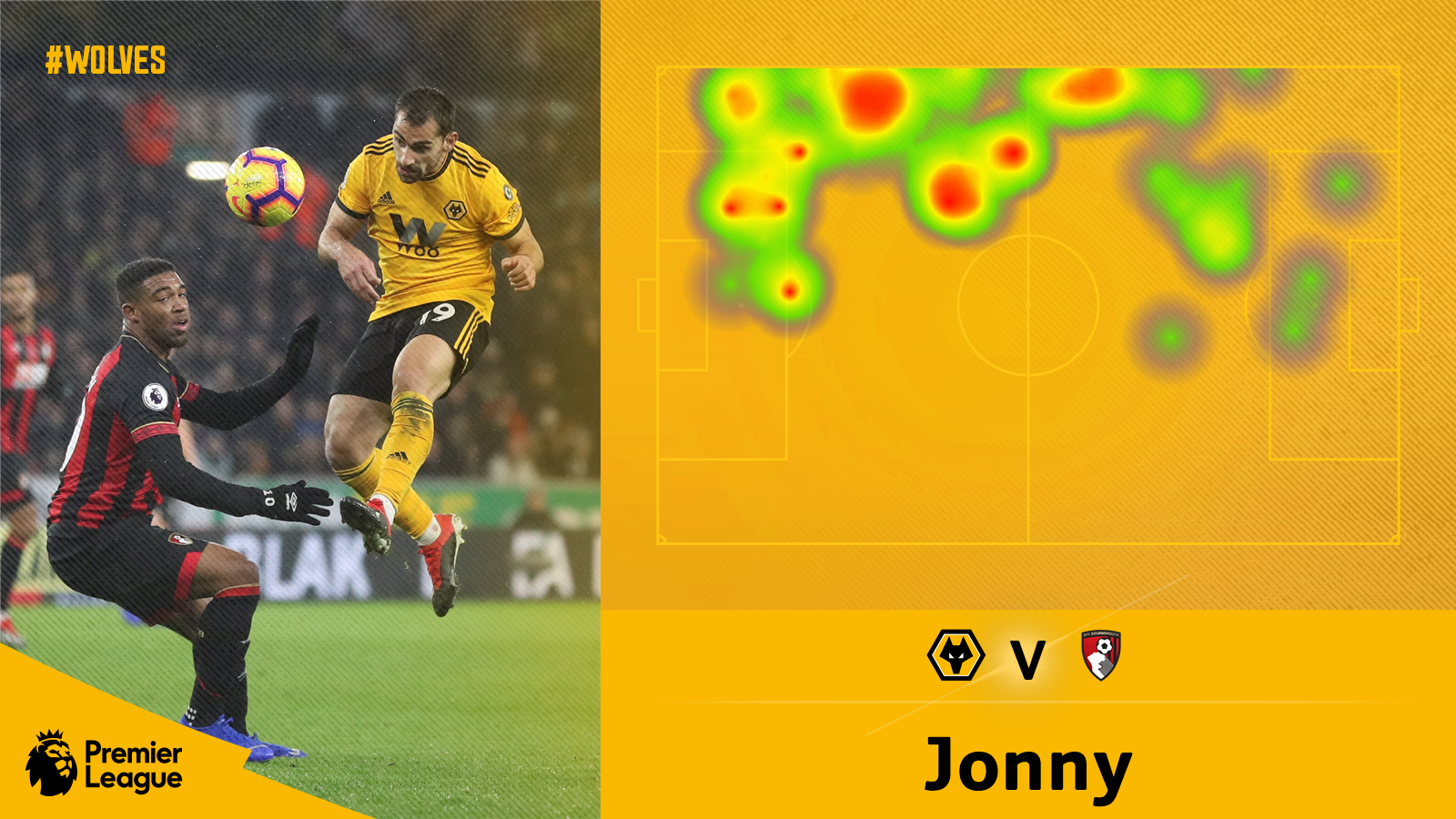 Nuno has spoken extensively about a clean sheet being the start of everything within his philosophy, so he was rightly delighted with a first shut out in nine matches. Wolves’ last clean sheet came at Crystal Palace at the start of October and it was no coincidence to see three points accompany Saturday’s clean sheet. Wolves are now up to five Premier League clean sheets and seven in all competitions thanks to Rui Patricio and John Ruddy – after being so successful with shut outs in the Championship last term.

Raul Jimenez has enjoyed home comforts this season and was at it again on Saturday, scoring his fifth home goal of the season. The Mexican has claimed all of his Wolves goals at Molineux this term and has scored in the last two on home soil. He was in the right place at the right time 12 minutes in, diverting Diogo Jota’s crossed beyond Asmir Begovic. Jimenez’s goal was also the first first-half goal Wolves have scored at Molineux since Ruben Neves fired a free-kick beyond Jordan Pickford against Everton on the opening day. 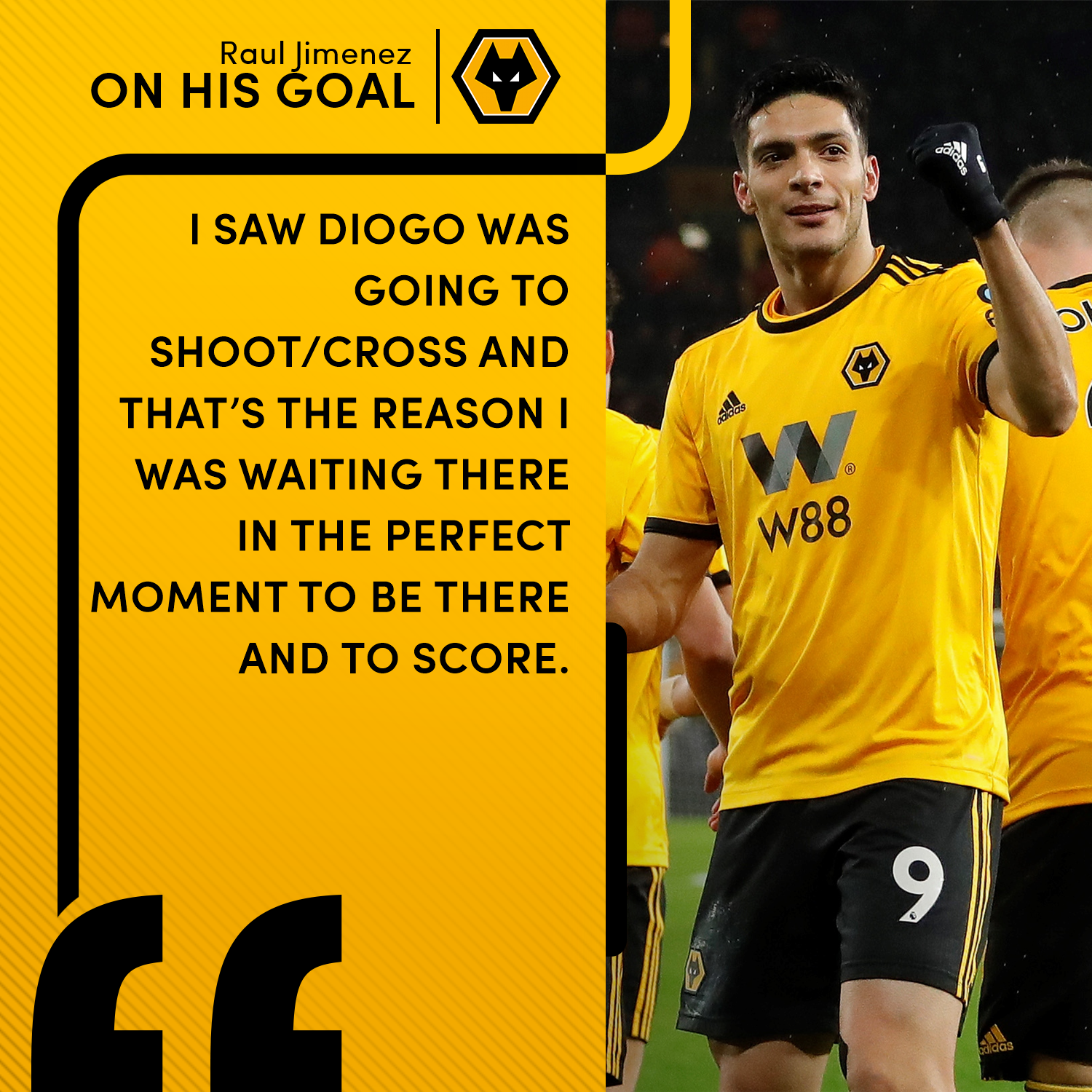 History was made at Molineux on Saturday as Wolves won three successive Premier League matches for the first time ever. In their fifth campaign in the modern day top division, Wolves have never taken nine points from nine, until now. The Bournemouth success followed back-to-back wins over Chelsea and Newcastle and sees Nuno’s side sat in seventh. Can they achieve four from four against Liverpool on Friday?

The half-time guest was a familiar face for Wolves supporters. Local music artist Sam Gumbley, known in the industry as S-X, was back at Molineux, where he previously worked as part of the retail department. Supporters will have read about S-X’s current activities in the exclusive matchday programme interview and he took a break from touring with Lily Allen to attend Saturday’s game. He came along with Kelsey Salmon, who wrote the winning poem from the Premier League Stars competition and read out her piece to the Molineux crowd at half-time. Both were warmly welcomed on a bitterly cold afternoon and will have enjoyed what they watched from the team on the pitch. 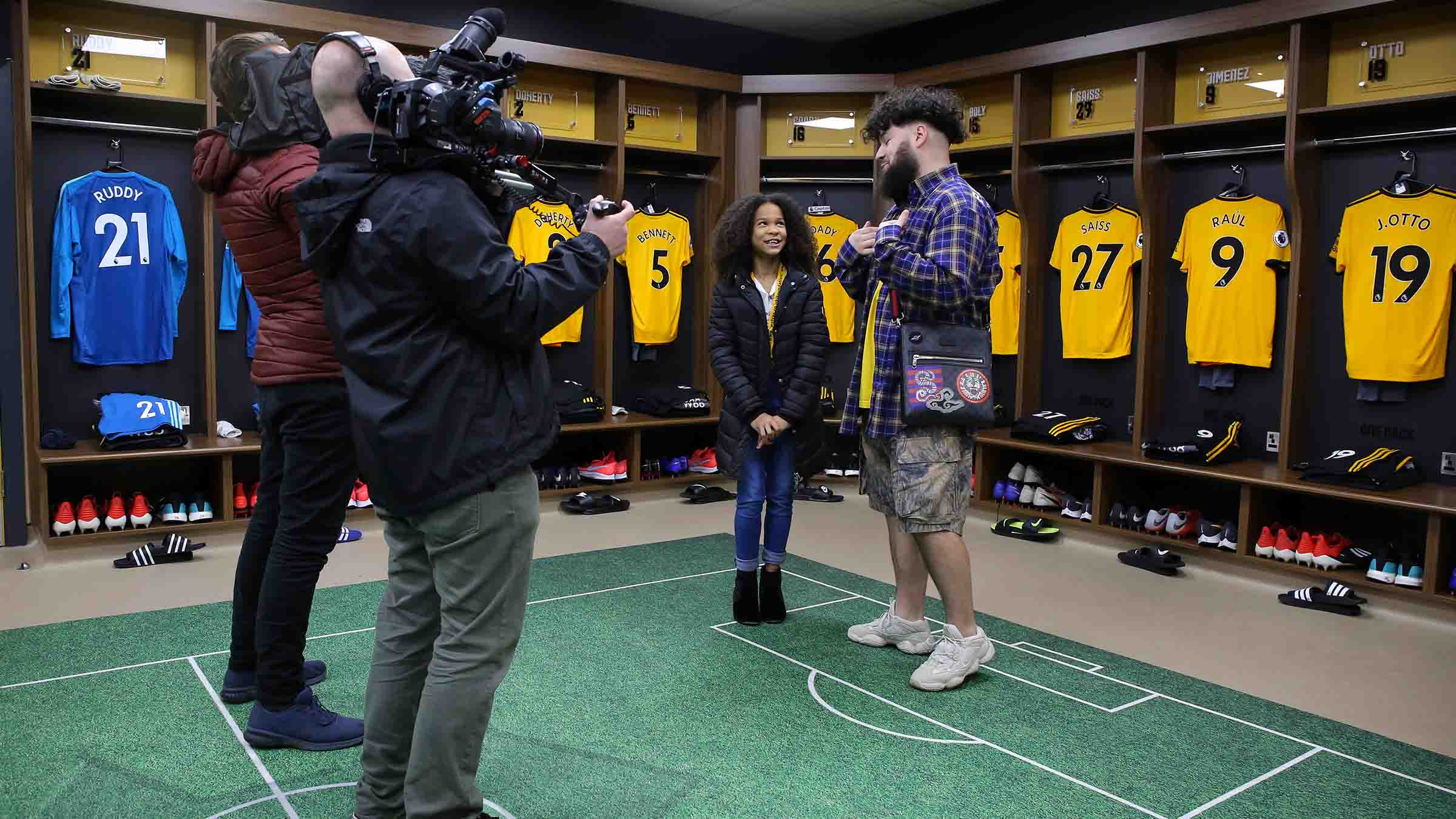