Nuno’s Wolves became famed for their late drama last season and are now gaining a reputation for similar antics in the Premier League. No team has scored more injury time winners in the Premier League than Wolves with two. Matt Doherty’s last-gasp strike added to Adama Traore’s winner at West Ham United with the last kick. Manchester United, another club known for their late drama, are the only other side to score as many late winners – one of which also came against the Magpies. 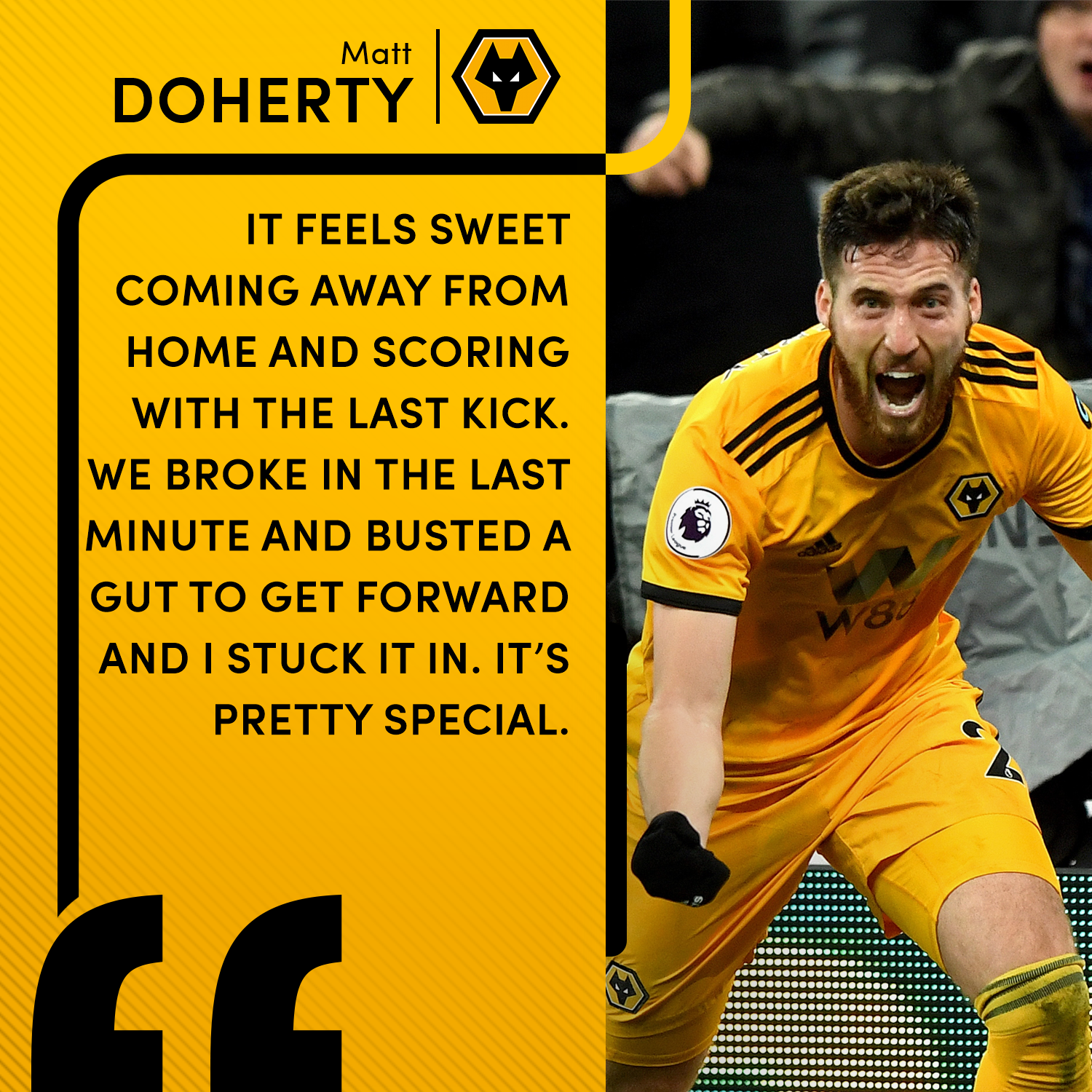 Nuno’s starting eleven at St James’ Park may have rose a few eyebrows, but the manager’s decisions were justified, showing he values his whole squad. Joao Moutinho, Morgan Gibbs-White and Raul Jimenez played starring roles in Wednesday’s win over Chelsea, but started on the bench in the north east. Instead, the likes of Adama Traore and Helder Costa were utilised for their pace in the final third, displaying the strength in depth available. The aforementioned trio were released off the bench and helped Wolves to three important points, but should be well-rested by next week’s Bournemouth clash. Ivan Cavaleiro remaining on the bench spoke volumes for the strength in depth within the Wolves squad.

He’s been a slow burner this season, but supporters will now feel Diogo Jota has truly arrived on the Premier League stage. After no goal in his opening 13 top-flight games, last season’s top scorer now has back-to-back goals and is returning to top form going into the Christmas period. Having ended his drought against Chelsea on Wednesday, he was fired up to impress in the north east and took just 17 minutes to control Costa’s cross and finish past Martin Dubravka. However, it was arguably Jota’s role in Doherty’s winner which was more impressive. With 90 minutes a graft in his legs, Jota still had the energy to carry his side up the field, strike fear into the Newcastle defenders and produce a shot Dubravka could only push onto Doherty’s head. Vital contributions and crucial times from the Portuguese. 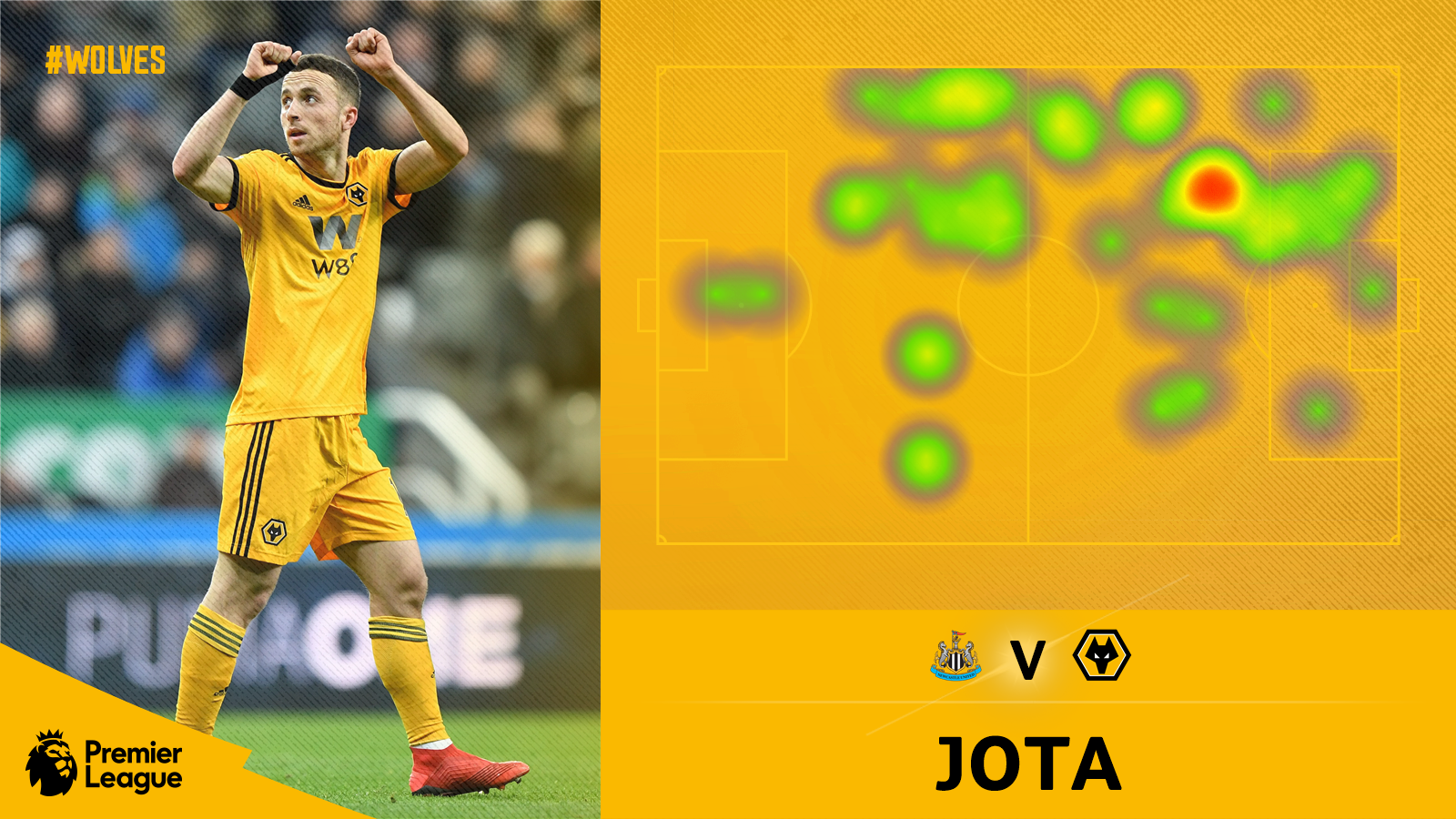 After six Premier League fixtures without a win over the Magpies, Wolves finally set the record straight against their north east opponents. Pre-match on wolves.co.uk goals were predicted at St James’ Park and the both teams to score record continued with the 2-1 scoreline. The two clubs have now played seven Premier League matches with both teams netting – the most played fixture in the competition not to see a clean sheet.

In the week Scott Sellars spoke of the club’s identity, the philosophy spreading between the first-team and under-23s shone through in the north east. Both the first-team game at Newcastle and the under-23s Sunderland clash looked destined to end in a draw, despite persistent pressure on the opposition goal – until up stepped the right-wingbacks. Gambling on balls coming across from the left, both Oskar Buur and Doherty found themselves in exactly the right place at the right time and it was no coincidence. With both Nuno and Rob Edwards encouraging their wingbacks to push up the field, they were rewarded as the pair finished to earn their sides two additional points each. The Wolves DNA shining through. 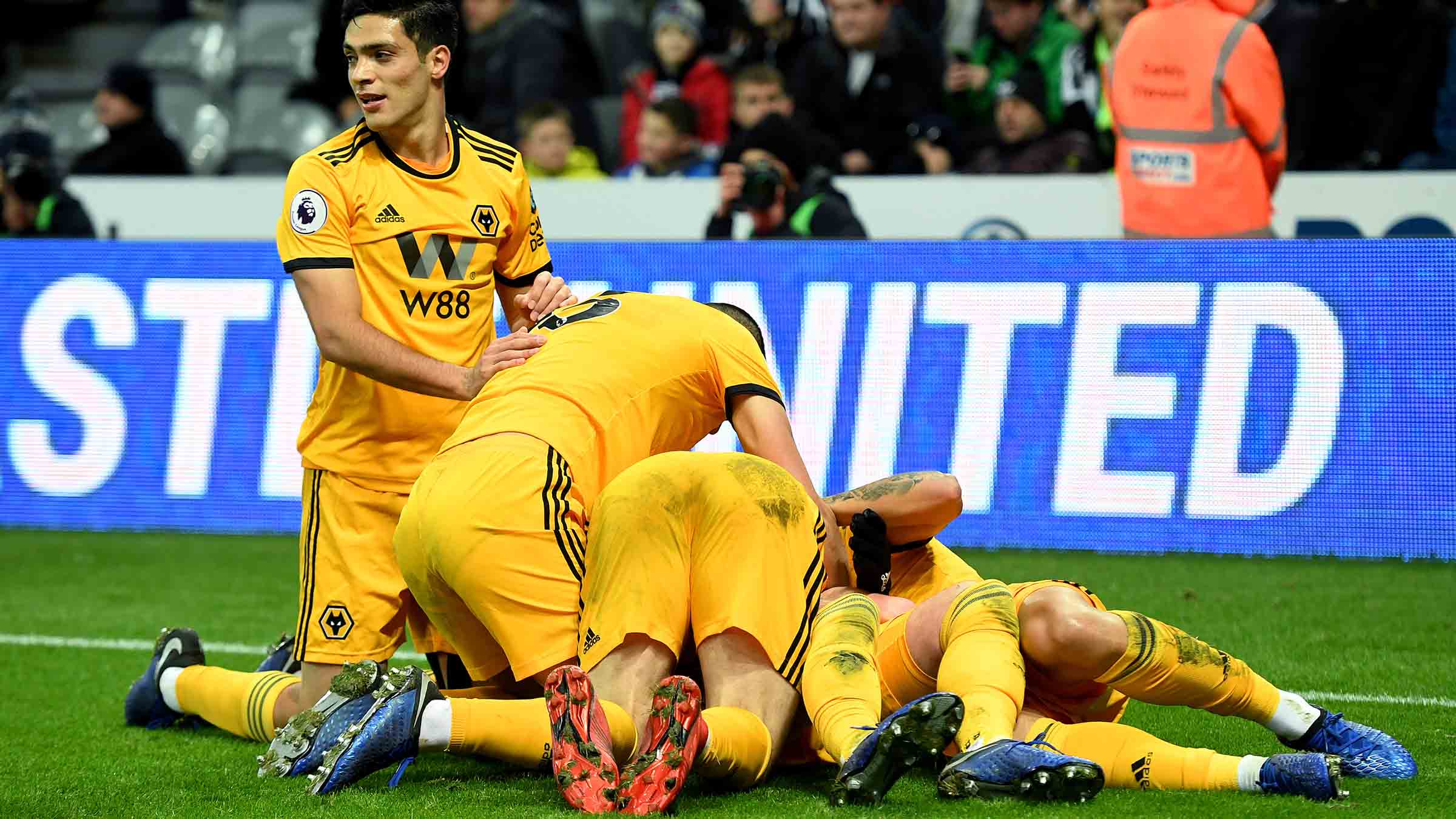