Wolves face Chelsea on Wednesday evening looking for a return to form and to bury their past record against the Blues. Here are five things to look out for at Molineux.

Not only does Wednesday provide an opportunity to return to form in the Premier League, the fixture is also a chance for Wolves to put years of bad luck against the Blues behind them. Chelsea have won seven of the eight Premier League meetings between the two clubs and netted at least twice in all seven of those victories. The last four competitive meetings between the pair have all finished in favour of Chelsea, who hold an 13-1 aggregate score over that period of time. However, Wolves’ record against the ‘traditional top six’ will give Nuno heart, after his side took a point each from Man City, Man United and Arsenal this term. Can they now go one better and claim all three against Maurizio Sarri’s team? 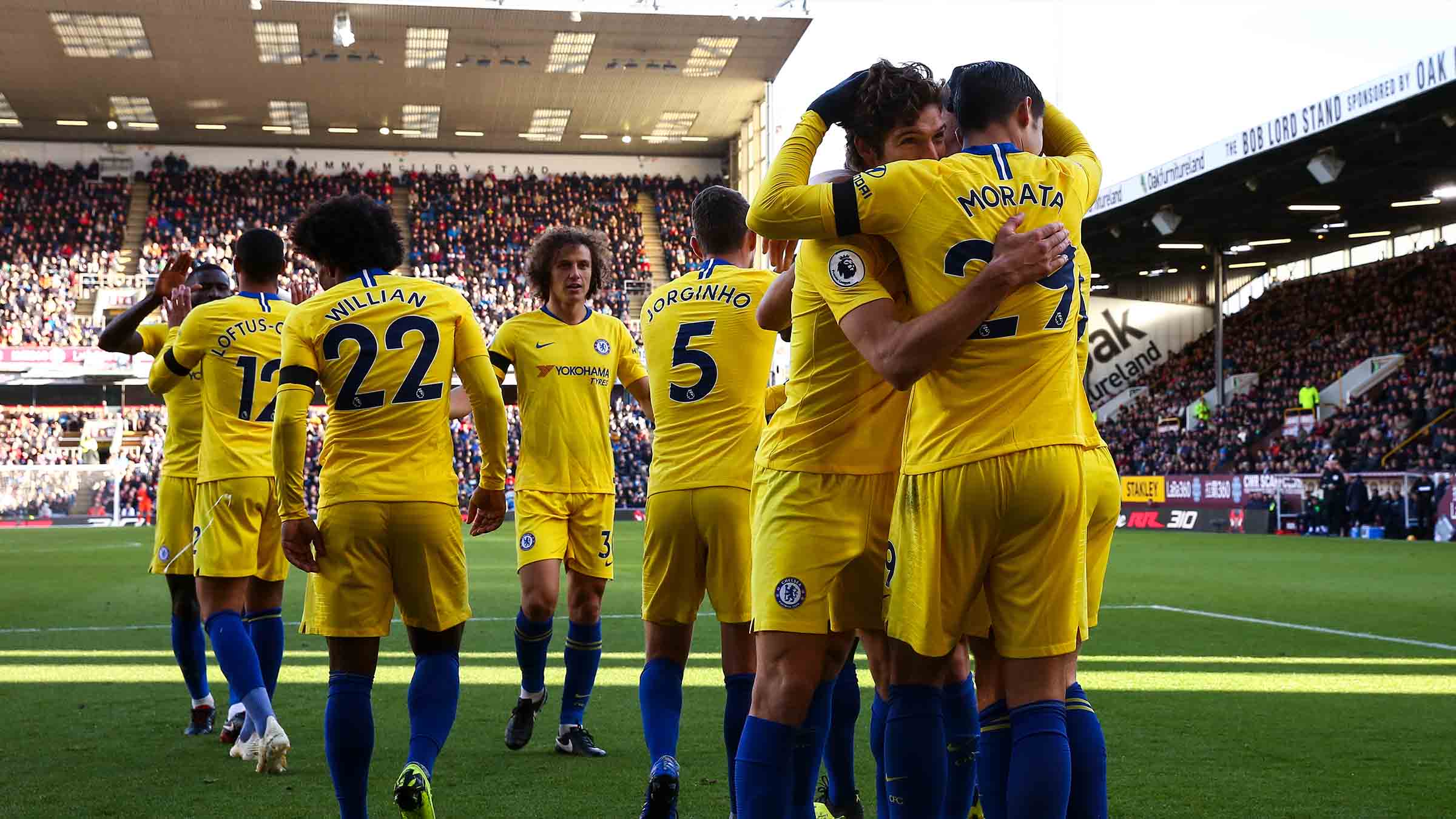 If Wolves are to be successful against the Blues, there’s no doubt that they’ll need to keep dangerman Eden Hazard quiet at Molineux. Only Raheem Sterling has been directly involved in more Premier League goals than the Belgian, who has seven goals and five assists this season. The Blues are rumoured to be tying Hazard down to a new contract in the near future, meaning he’ll comfortably surpass 100 goals in a Chelsea shirt, being just three off that total currently. However, his recent form will give Wolves hope - the winger has gone ten games for club and country without a goal, since bagging at Southampton in early October.

Despite both sides boasting a plethora of attacking threats in the final third, much of their danger this season has come from deep. Matt Doherty was back amongst the goals on Friday – the fourth he’s directly been involved in this season. Similarly, Ruben Vinagre has showed his attack threat since his return to the side and netted from left-wingback last season against Burton. As for Chelsea, Marcos Alonso provides one of their main threats offensively, laying on a remarkable five goals for his team mates and claiming one of his own against Arsenal. On the right, Blues mainstay Cesar Azpilicueta has chipped in with three assists so keep an eye out for the wide men at Molineux. 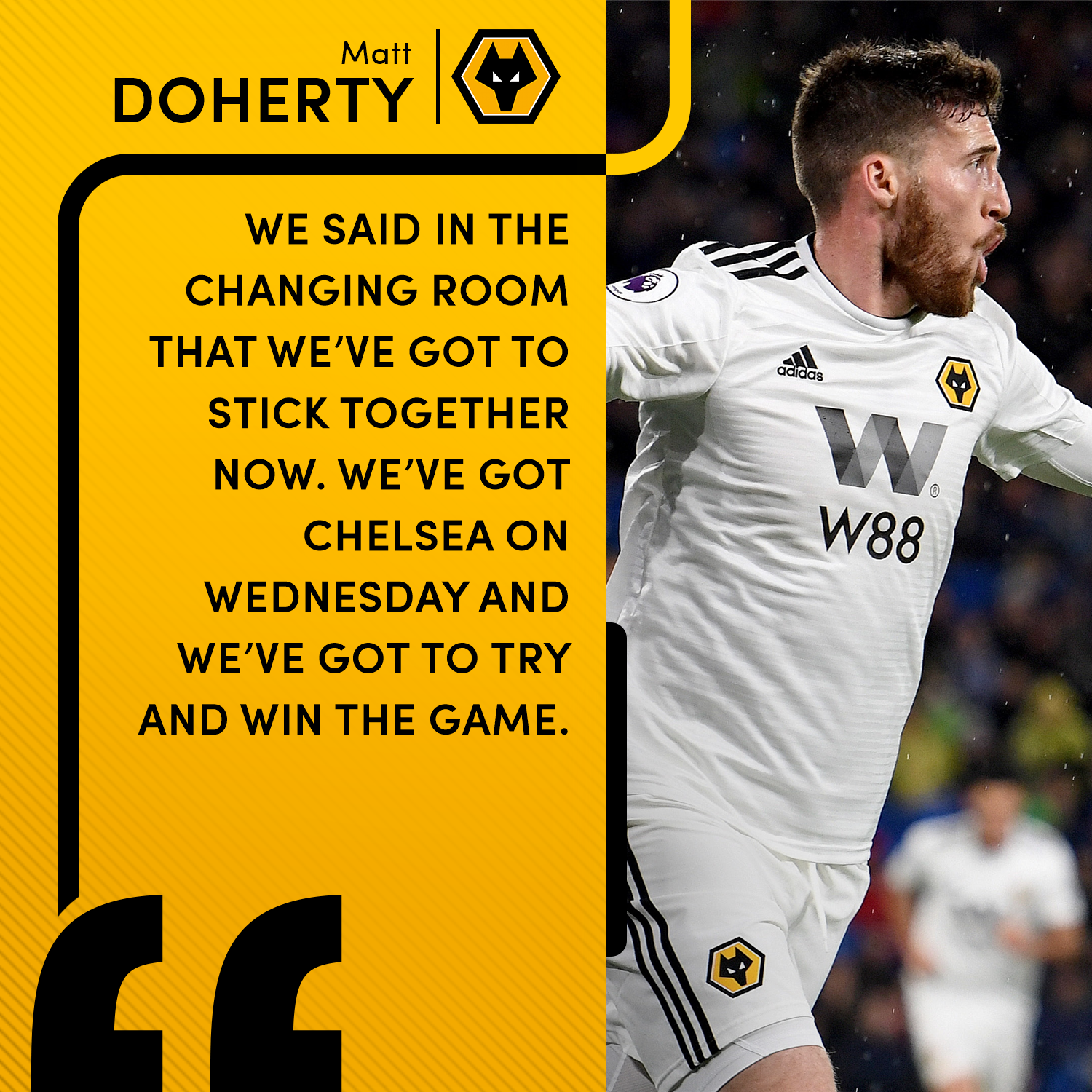 Ruben Neves will miss his first Premier League game on Wednesday evening after receiving his fifth booking of the season at Cardiff on Friday night. He’ll join the injured Jonny Otto in the stands and Nuno now has a decision to make on his section. Morgan Gibbs-White is waiting in the wings after a series of cameos off the bench, while the likes of Ryan Bennett, Ivan Cavaleiro, Diogo Jota and Leo Bonatini are options after a fifth defeat in six matches on Friday.

Alonso is expected to overcome a slight knock which saw him withdraw early from Sunday’s victory over Fulham. Victor Moses has been struggling with a knock but is unlikely to dislodge Cesar Azpilicueta regardless, so Sarri will have plenty of options to select from at Molineux. Willian and Alvaro Morata were both substitutes at the weekend, having started the majority of Chelsea matches, so could they be drafted back in for a second game in four days for the visitors?

5. GIBBS-WHITE TO REWARD THE FEW

Neves’ suspension for Wolves could open the door for Gibbs-White, so is he set to reward the 0.4 per cent of users who’ve selected him in their FPL squad? Only Callum Hudson-Odoi of Chelsea is cheaper than £4.3 Gibbs-White and a good performance against the Blues could see his number of owners rocket by the weekend. The youngster has been impressing off the bench in recent weeks and came within inches of his first professional goal when he struck the woodwork last month. The midfielder replaced Adama Traore at Cardiff and finished the match in a front role, showing Nuno is happy to trust the youngster. 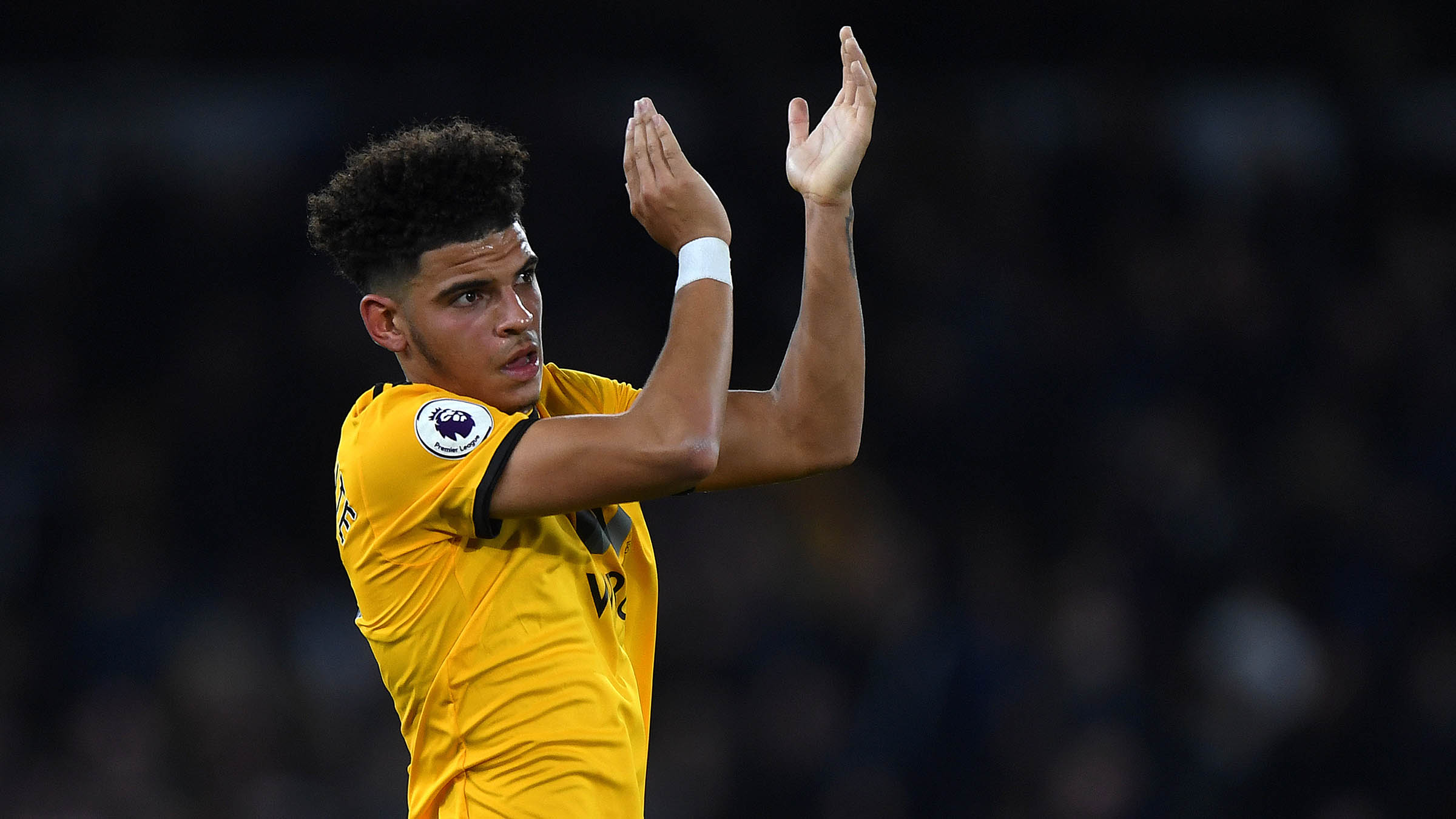