After a two-week break from Championship action, Wolves return with a bang, with two vital fixtures over the Easter weekend, starting on Good Friday against Middlesbrough.

Wolves signed off for the international weekend with back-to-back victories over Reading and Burton Albion, so will be looking forward to their return. The victory over Burton left Nuno’s men six points clear of Cardiff City and 13 ahead of Fulham in third, making the final eight matches crucial. It was against Middlesbrough where this impressive season kicked off on the opening day and Wolves will be confident of another win after six goals in their previous two matches.

Boro go into the Riverside Stadium clash unbeaten in six matches and sat inside the Championship Play-Off places. Tony Pullis’ men have taken 10 points from 12 available in March so far, drawing 1-1 at Brentford last time out. Patrick Bamford has been the man stealing the headlines during Boro’s recent good run, with eight goals in six matches. Only Cardiff City have conceded fewer goals than Middlesbrough on home soil and victory on Friday would help solidify their top sixth position.

The fixture will not be available to watch live on Wolves TV due to Sky Sports coverage, however audio commentary will be provided as usual. Matchday Centre Live and Twitter will be providing all the updates from the Riverside Stadium.

See how much you know about Wolves and Boro with the pre-match quiz below. 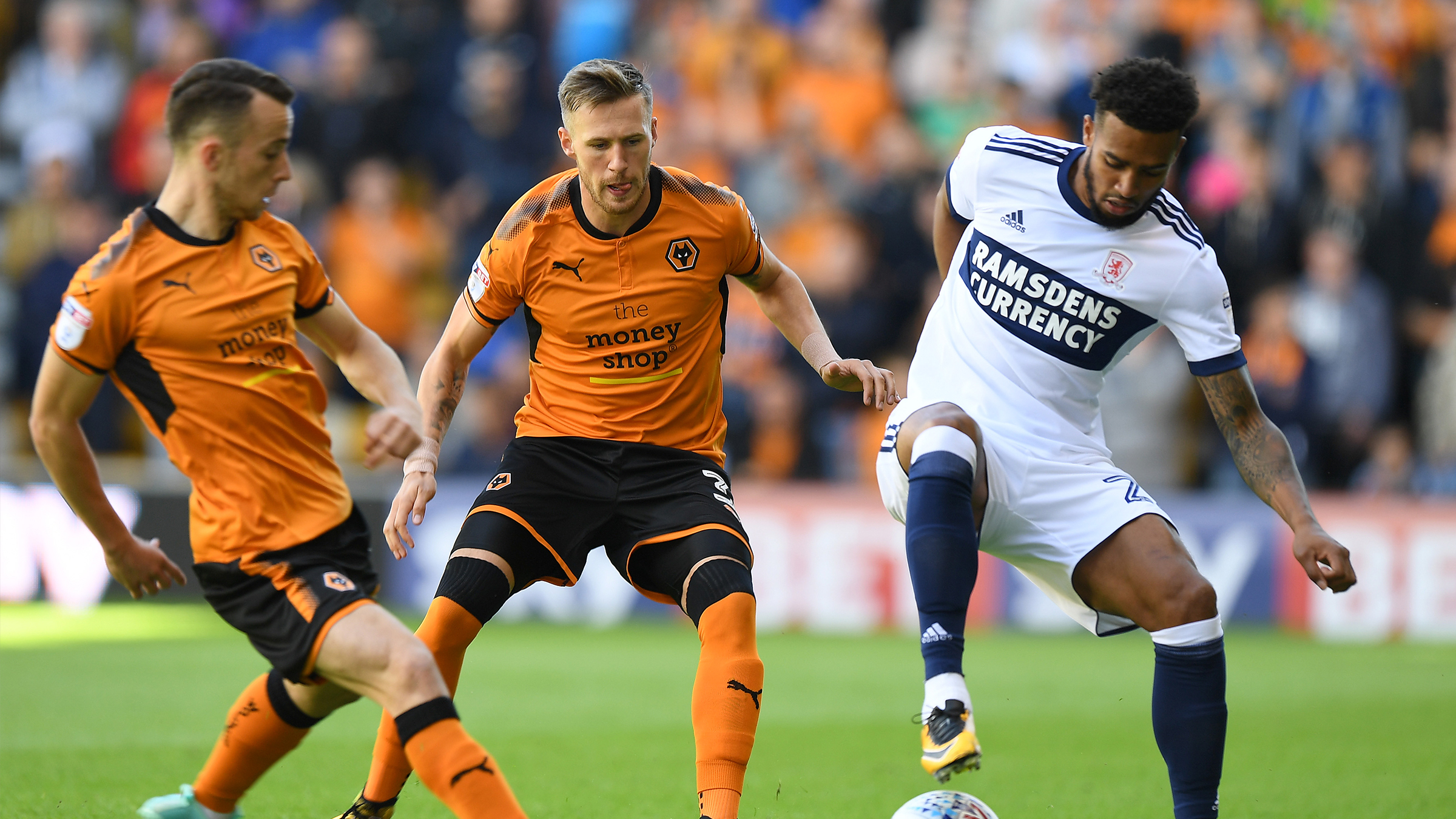