Buoyed by a return to winning ways on Wednesday, Wolves enter Saturday’s massive fixture with Midlands rivals, Aston Villa in good spirit, knowing exactly what is at stake.

Nuno’s side banished the memory of defeat at Fulham with a resounding 3-0 success at Elland Road to reestablish their 10-point cushion on Villa in third place. That success in Yorkshire, secured thanks to Romain Saiss, Willy Boly and Benik Afobe, gave Wolves their second double of the campaign and number three is on offer at Villa Park. Wolves produced one of their finer performances against the Villains back in October to go top for the first time and a similar display would put them in with a chance of reaching 79 points with 10 games remaining.

After a slow start to the campaign, Steve Bruce’s Villa have displayed their promotion credentials over the winter months. Outside of the Play-Offs after the previous Wolves meeting, Villa are now waiting in the wings for any potential slip by Cardiff City in second. Four points are keeping them outside the automatic promotion spots, but back-to-back victories have increased the pressure. Bruce’s side netted seven goals and picked up six points during recent away victories at Sheffield Wednesday and Sunderland.

The club sat in between Wolves and Villa is Cardiff and they welcome Garry Monk’s Birmingham City to South Wales on Saturday. Fulham are also in contention for a top two finish and travel to Preston North End, who themselves are battling for a Play-Off finish. Elsewhere in the mix, Middlesbrough play host to Barnsley and Derby County face an East Midlands derby at Nottingham Forest.

The fixture will not be shown live on Wolves TV due to Sky Sports coverage, however audio commentary will be available to subscribers. As usual, Matchday Centre Live and Twitter will have all the pre-match build-up and coverage from Villa Park.

See how much you know about Wolves and Villa’s recent history with the pre-match quiz. 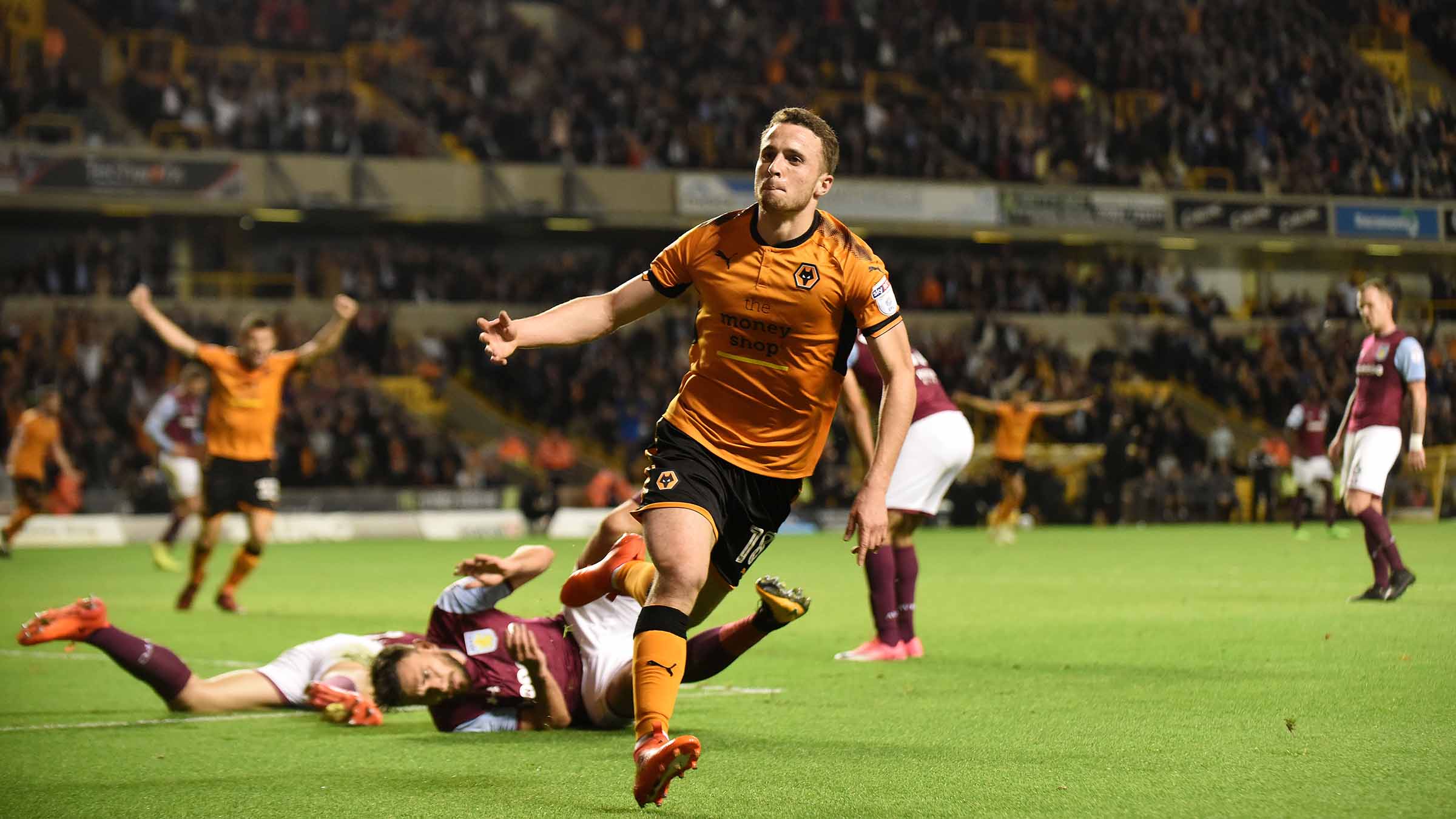