Wolves take their 12-match unbeaten run to Oakwell at the weekend looking to build on back-to-back Championship victories with three points against Barnsley.

Nuno Espirito Santo’s side have the best away record in the Championship and go into the fixture with a 12-point lead on Derby County in second. The last time Wolves were on the road they returned from Bristol City with a brilliant away victory and that was followed up with a 3-0 success over Brentford at Molineux.  The Emirates FA Cup saw Wolves draw 0-0 with Swansea City of the Premier League, with the trip to Oakwell coming before the replay in South Wales on Wednesday.

Barnsley are two points above the drop zone heading into Saturday’s fixture, but their position was improved after a first win in 11 matches last time out in the Championship. Ethan Pinnock netted the only goal as the Tykes beat Sunderland on New Year’s Day for their first win since the beginning of November. Since then they were beaten 4-1 in the Emirates FA Cup at Millwall, however the focus will remain on trying to add to the 26 points gained so far to secure Championship football for a third successive season.

See how Wolves compare with Barnsley on the head-to-head graphic below. 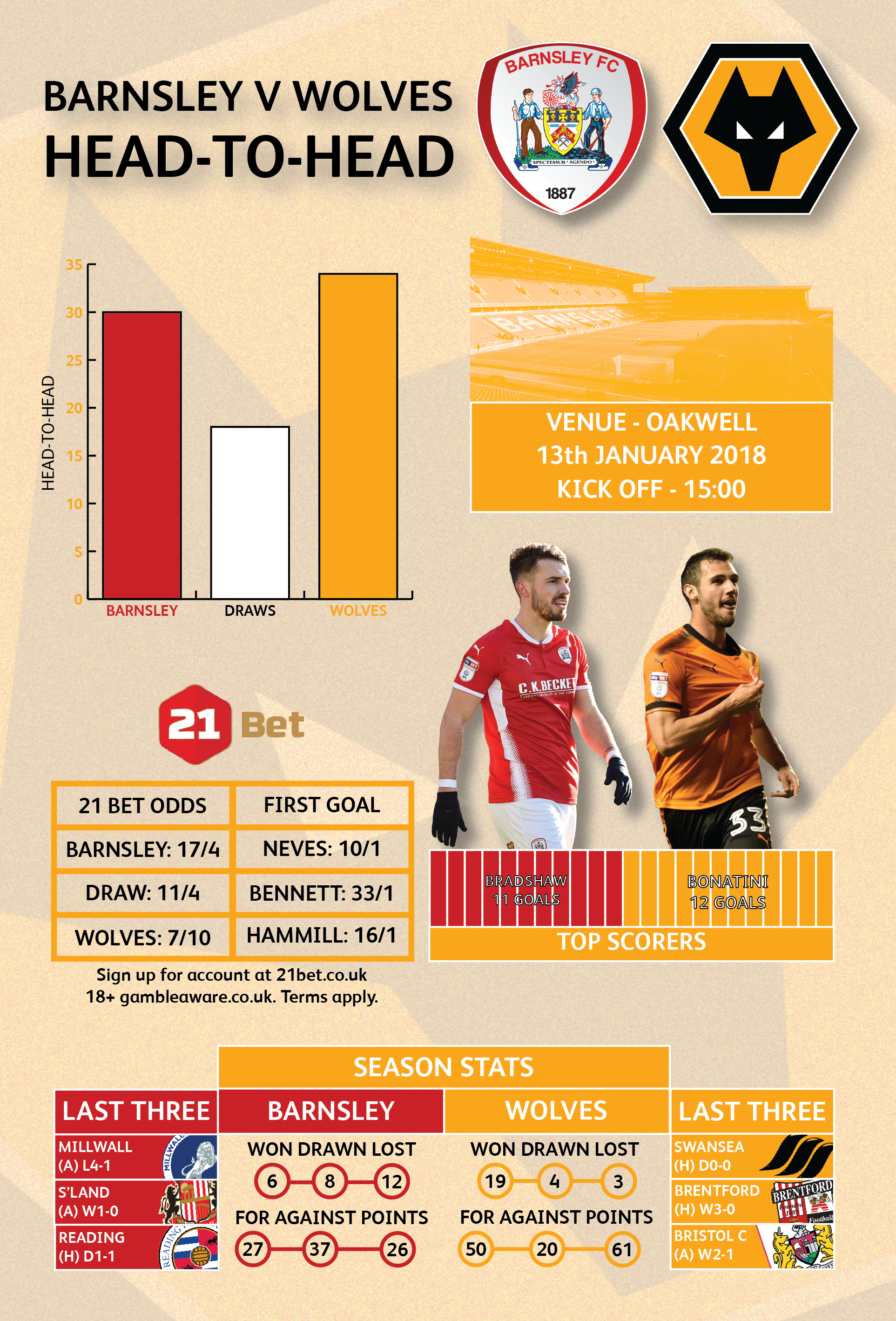 The weekend begins with the Sheffield derby on Friday night, while Cardiff City welcome Sunderland for Saturday’s early kick-off. Derby make the short trip to Birmingham City and Leeds United travel to Ipswich Town. Middlesbrough meet Fulham at the Riverside Stadium before Nottingham Forest host Aston Villa in the evening.

The clash will be available to overseas users to watch live on Wolves TV, while UK users can follow the live commentary. The match will also be covered in depth on Twitter and the Matchday Centre Live.

See how much you know about Wolves and Barnsley on the pre-match quiz below. 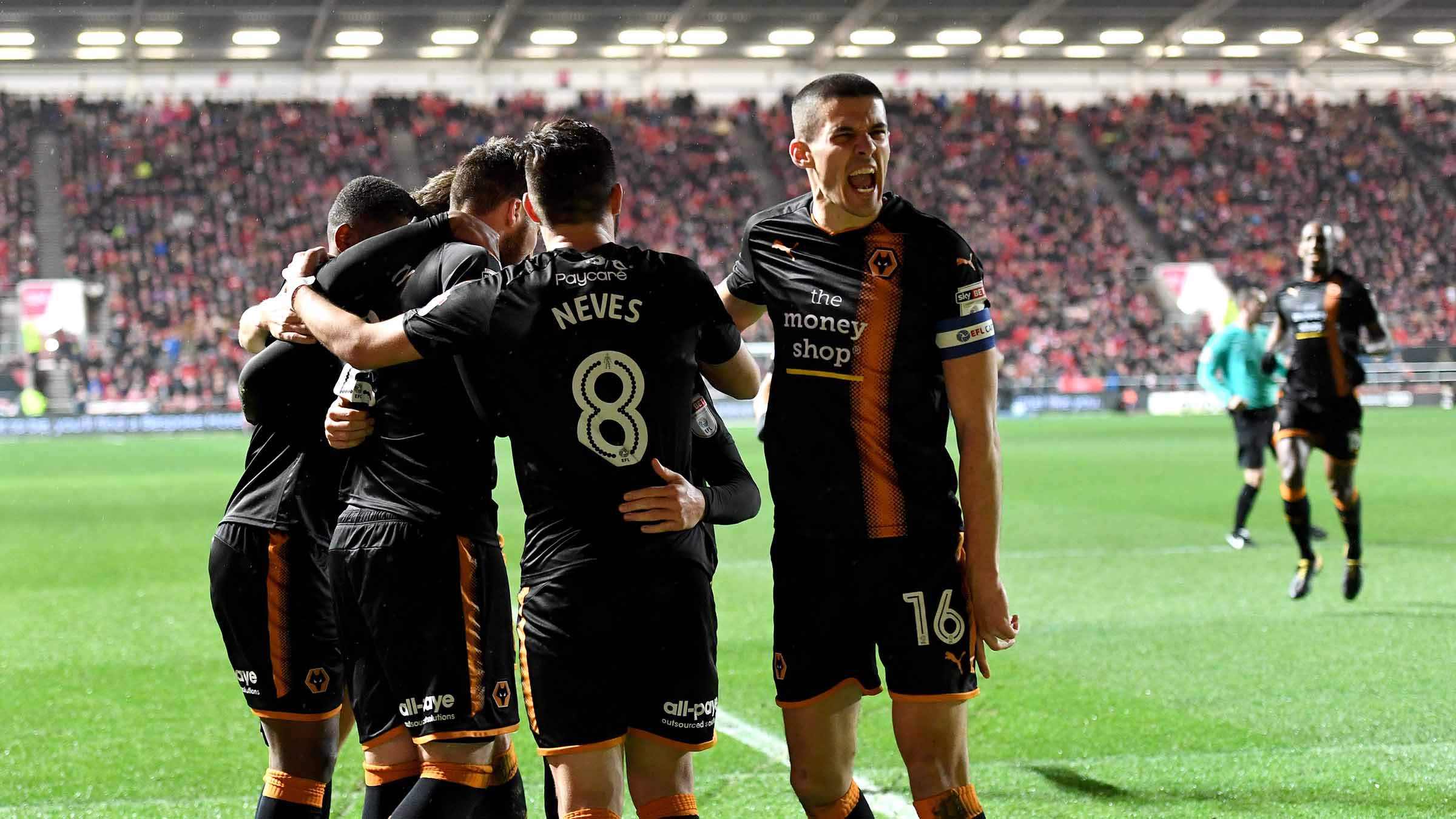