Wolves take their fine form into the heat of a derby with local rivals, Birmingham City on Monday night knowing victory would stretch their lead on third place to ten points.

Nuno Espirito Santo’s men collected the perfect points total in November, taking all 12 available to them and have scored nine goals in their previous two matches. The victories over Leeds United and Bolton Wanderers saw Nuno’s men play some terrific football but with local bragging rights at stake, the Head Coach has called for calm heads on Monday. With Ruben Neves suspended, either Alfred N’Diaye or Jack Price will come in for Wolves, who made just two changes to their starting eleven during November.

Birmingham have enjoyed improved results since the appointment of Steve Cotterill at the end of September. They’re now attempting to recover from a slow start to the campaign under Harry Redknapp, but have already beaten two Championship leaders this season in the form of Bristol City and Cardiff City. Last time out City drew 1-1 at Sheffield United, but they were victorious on their last St Andrew’s outing, seeing off Nottingham Forest 1-0 thanks to Che Adams’ strike early on. Victory on Monday night would see them escape the bottom three at Bolton’s expense.

See how Wolves and Birmingham compare on the head-to-head graphic below. 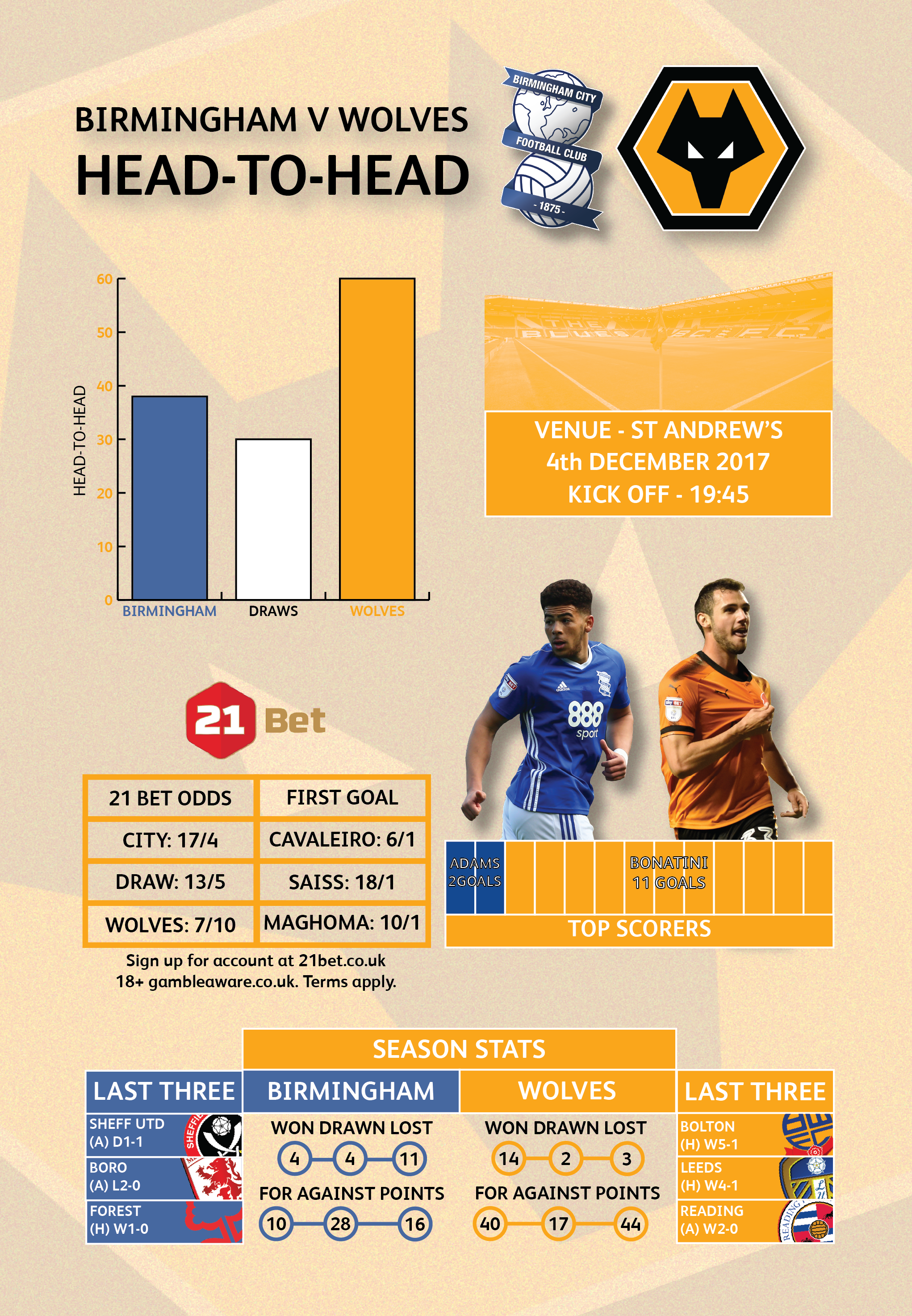 Cardiff beat Norwich City on Friday night to keep the pressure on at the top of the Championship, however Sheffield United were beaten at Millwall. That result meant third place was taken over by Bristol City, who took three points against Middlesbrough. Elsewhere, there were wins for Derby County and Ipswich Town.

The live game will be unavailable on Wolves TV due to Sky Sports coverage, however the audio commentary will be available as usual. As always, Twitter and Matchday Centre Live will have in-depth coverage from St Andrew’s.

How is your Birmingham and Wolves knowledge? Test yourself on the pre-match quiz below. 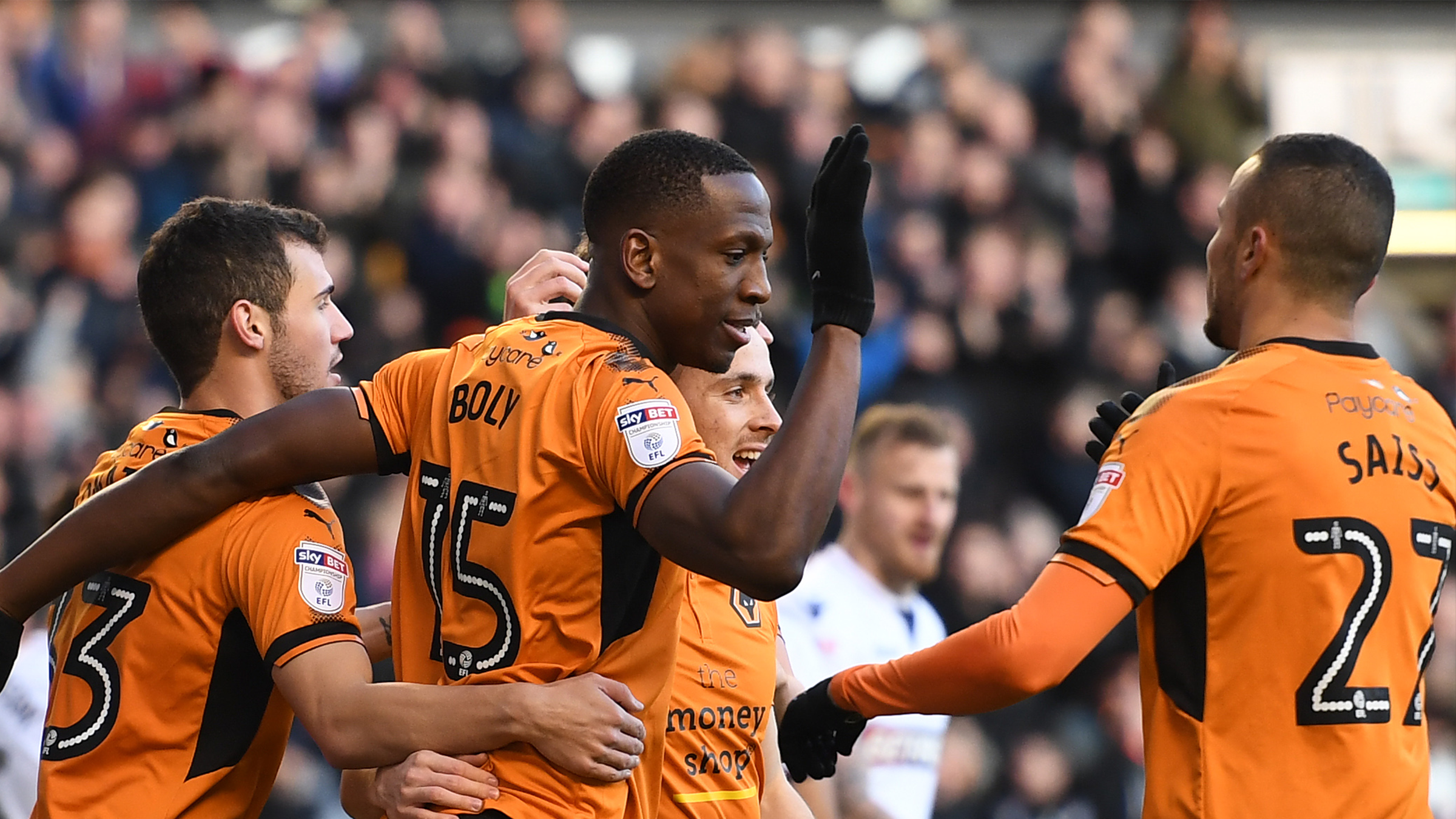