A two-week break from Championship action is over for Wolves and they’ll look to consolidate their position at the summit with victory at Reading on Saturday.

A sequence of three matches in a week begins at the Madejski Stadium for Nuno Espirito Santo’s men, who had previously signed off for the international break on a strong note. Back-to-back 2-0 victories over Norwich City and Fulham prior to the break left Wolves in a healthy position, however Sheffield United and Cardiff City remain on their coat tails. Wolves took nine points from 12 available during October and will be looking for another healthy points return during a busy week, which continues with home games against Leeds United and Bolton Wanderers.

Last season’s beaten Play-Off finalists have enjoyed a recent upturn in results after what was a slow start to the campaign. Jaap Stam’s men signed off for the international break with an eye-catching 4-2 win at in form Derby County, which proceeded a 3-1 home success over Nottingham Forest. However, it has been an inconsistent campaign in the main, with Reading also losing to Sheffield United and Middlesbrough last month, meaning they go into Saturday’s contest in 18th on 18 points, six points above the drop zone.

Have a look how Wolves and Reading compare on the head-to-head graphic below. 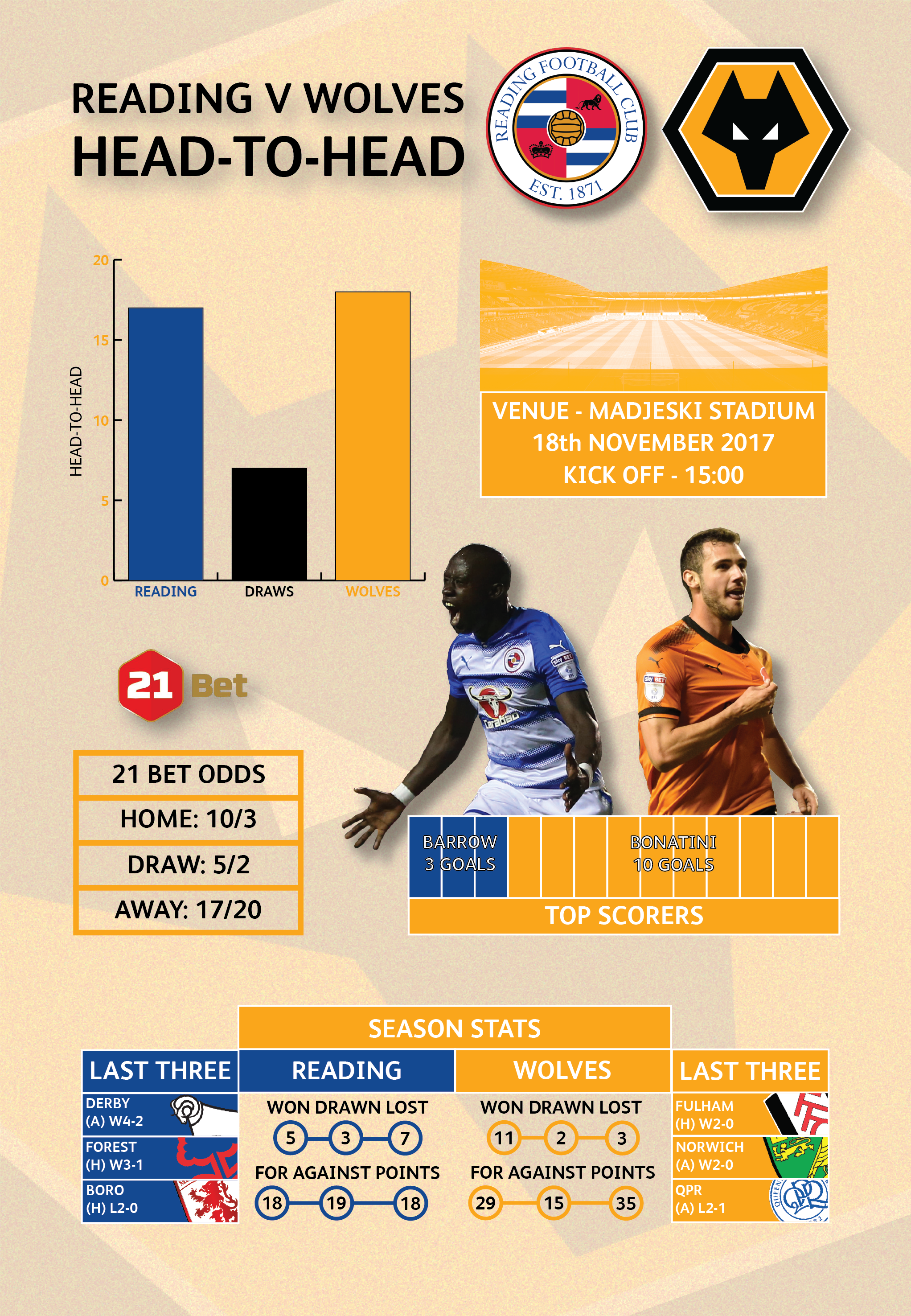 The game will not be available to watch on Wolves TV due to coverage from Football on 5. Live audio will be available however. As always, the match will be fully covered on Twitter and Matchday Centre Live.

See how much you know about Wolves' history with Reading from over the years with the pre-match quiz below.