After a rare set-back at QPR on Saturday afternoon, Wolves travel to Norwich City looking for a reaction – which could see them return to the top of the Championship.

Leo Bonatini’s eighth of the season proved in vain at Loftus Road, as QPR claimed the points with goals either side of the Brazilian’s strike. That meant Sheffield United overtook Nuno Espirito Santo’s side and claimed top spot over the weekend, giving Wolves added incentive at Carrow Road. It was only their third defeat of the campaign and now the task is responding with a first win in six trips to Norwich. With two games in the space of four days, Wolves know a strong points total from the next week will stand them in good stead going into the latest international break.

Norwich suffered their first defeat in nine matches at the hands of Derby County at the weekend. That run of strong results catapulted the Canaries into the Play-Off mix and they remain just outside the top six going into Tuesday’s game. A stuttering August seems a distant memory for Daniel Farke’s side, who took Arsenal to extra time in the Carabao Cup a week ago. With six victories to their name so far, it will prove a stern test for Wolves, with Norwich keen to rid the memory of the 2-1 loss to Derby.

Wolves overall record is an impressive one over Norwich, look at the head-to-head stats more in depth below. 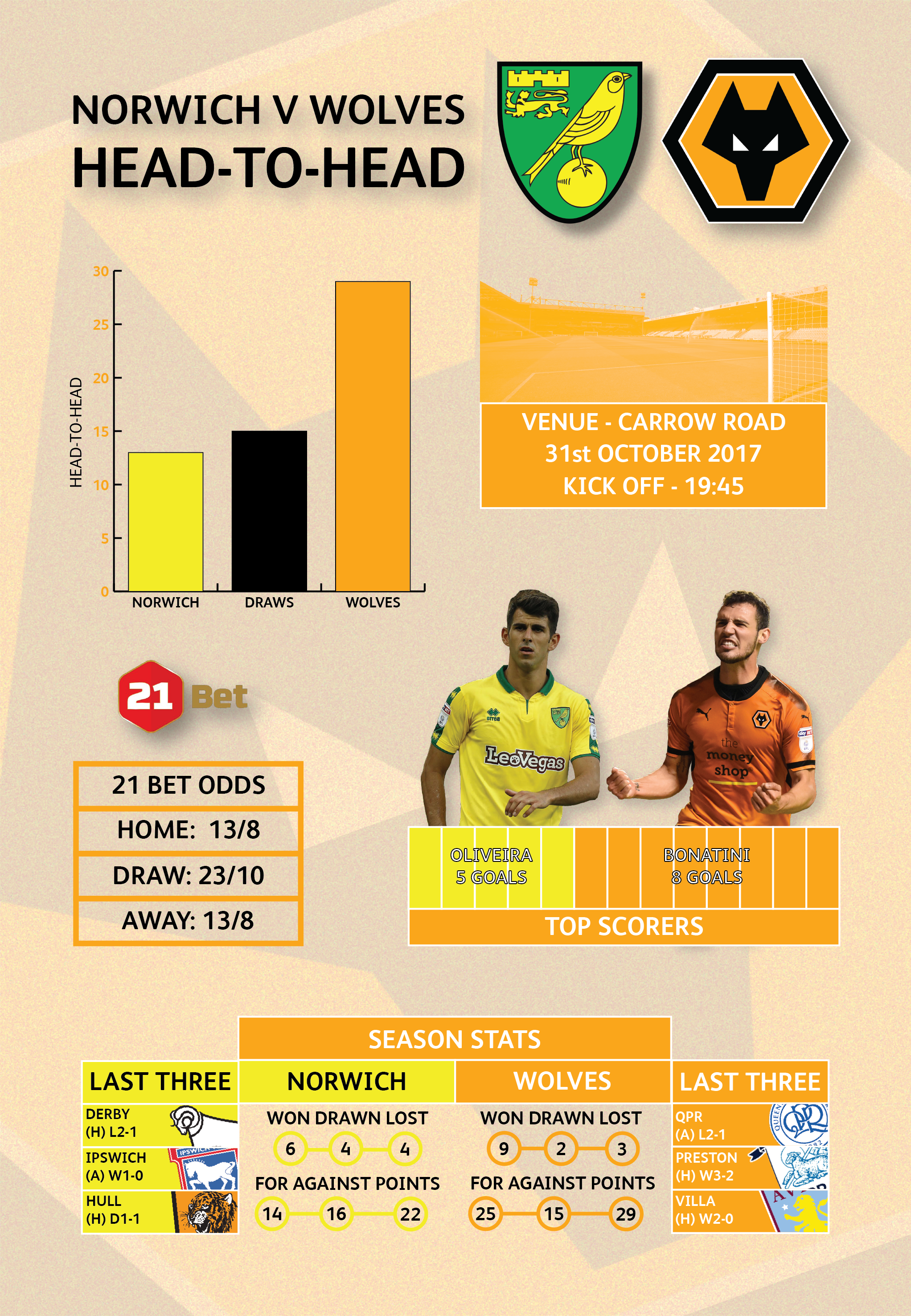 Sheffield United are at QPR on Tuesday night, while Cardiff City host Ipswich Town. Bristol City welcome Fulham to Ashton Gate and Leeds take on Derby County at Elland Road. Aston Villa travel to Preston North End on Wednesday, while Brentford are at Birmingham City on the same day.

The fixture will be available for overseas customers to view live on Wolves TV, while the audio commentary will be available to UK users. Twitter and the Matchday Centre Live will be the primary places to follow the game, while #NORvWOL brings all the match content to wolves.co.uk.

See how much you know your Wolves and Norwich history with the pre-match quiz below. 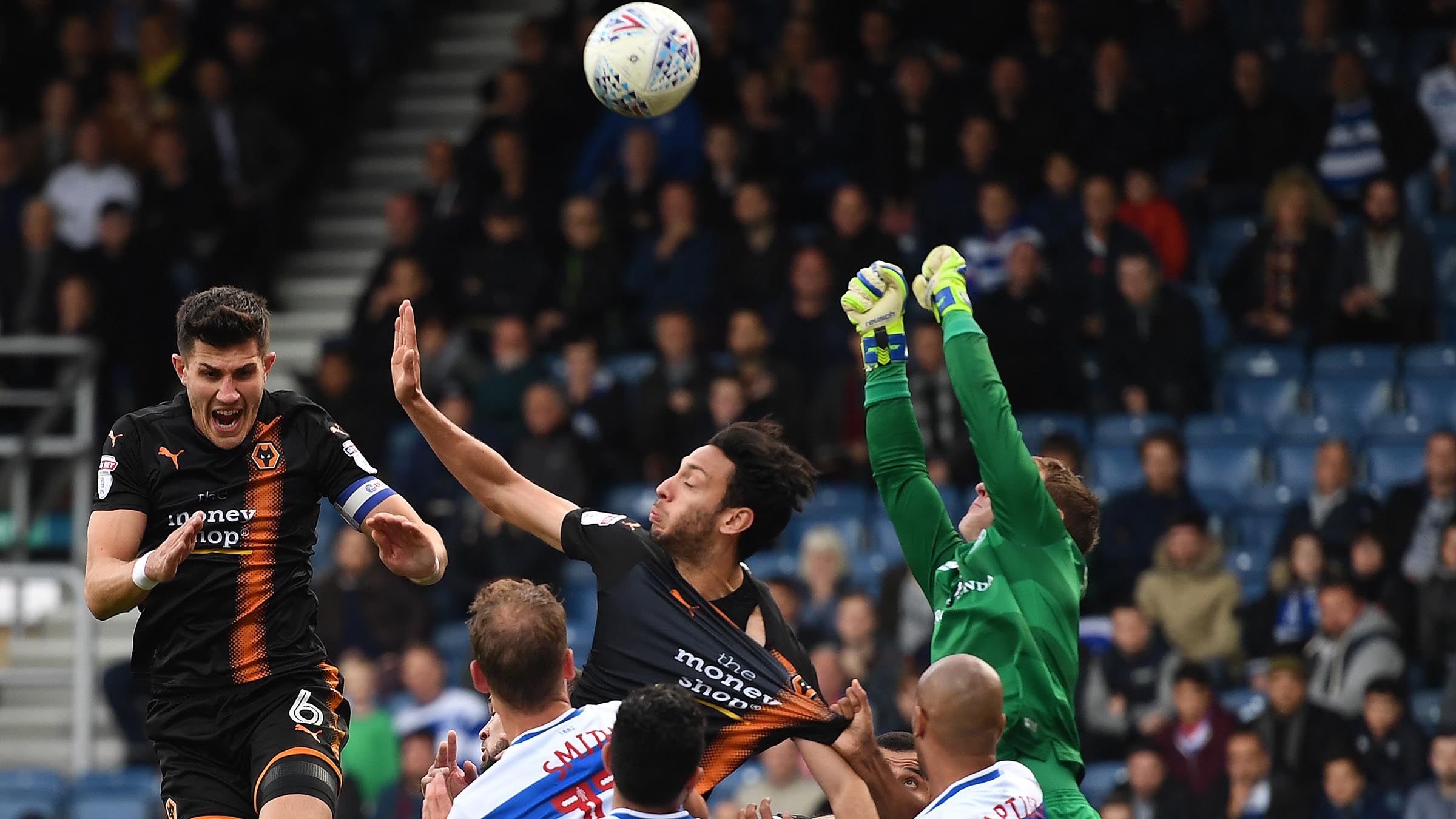 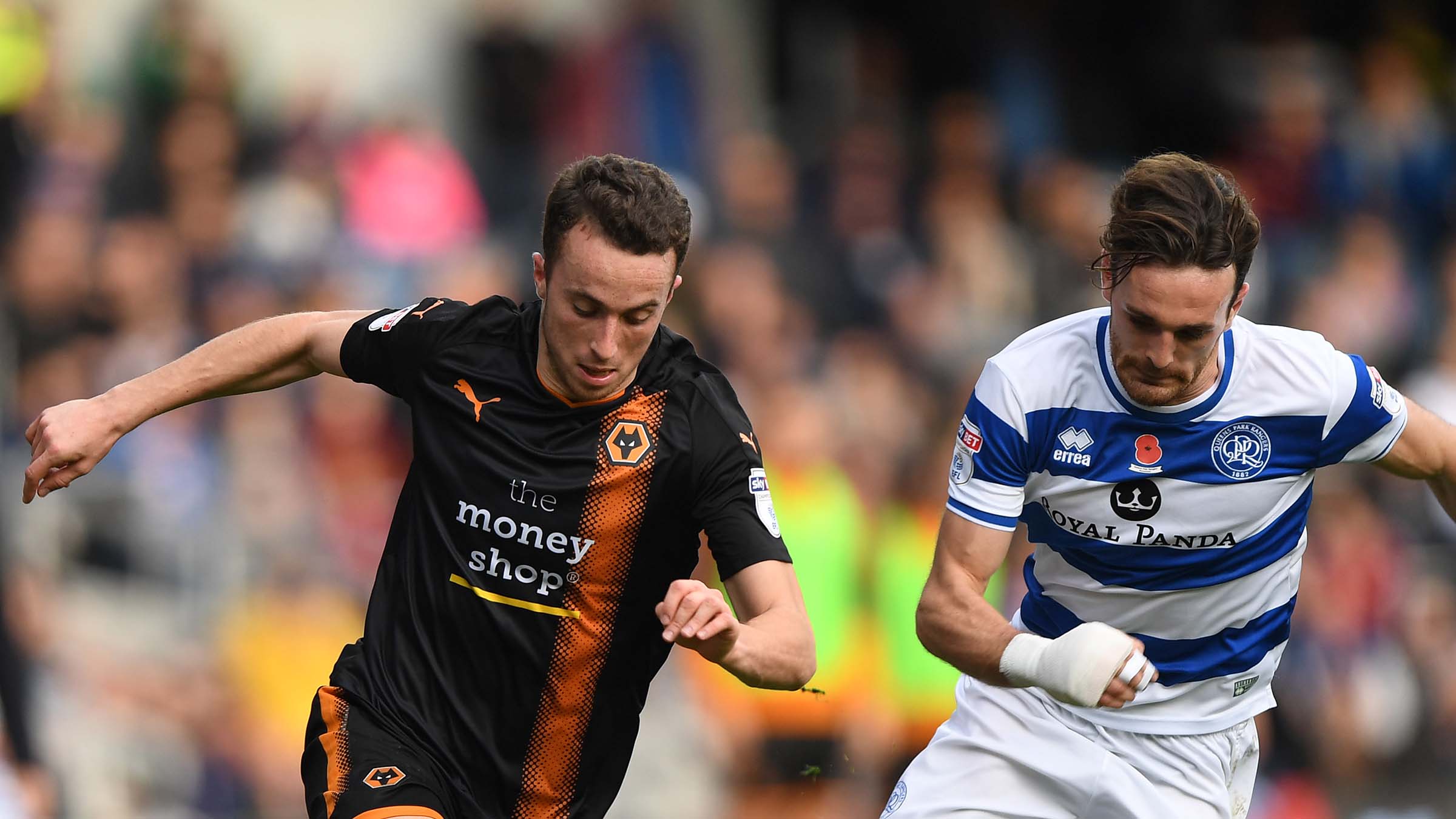