Wolves enter a matchday top of the Championship for the first time since 2009 on Saturday and will aim to carry the momentum from last week’s brilliant win over Aston Villa into their clash with Preston North End at Molineux.

Diogo Jota and Leo Bonatini fired Nuno Espiritio Santo’s men to the summit on Saturday evening and they know victory over Preston will keep them there for another week. It was Wolves’ eighth victory of what has been a promising start to the new campaign and, with back-to-back away games on the horizon, another three points would only increase their chances of finishing October on top spot. Having lost just one of their last eight matches, Wolves are in form and will be hoping to add to their 21 goals netted so far this season.

After a solid season last time out, Alex Neil has continued the progress at Deepdale since his arrival during the summer. Preston arrive at Molineux unbeaten in nine matches – a run which stretches back to mid-August. They have drawn three of their last four matches however, having surrendered leads to Sunderland and Fulham in their last two outings. Leading 2-0 at half-time, Preston were pegged back to 2-2 in injury time at Craven Cottage and will look to bounce back at Molineux.

See how Wolves and Preston compare with our head-to-head on the infographic below. 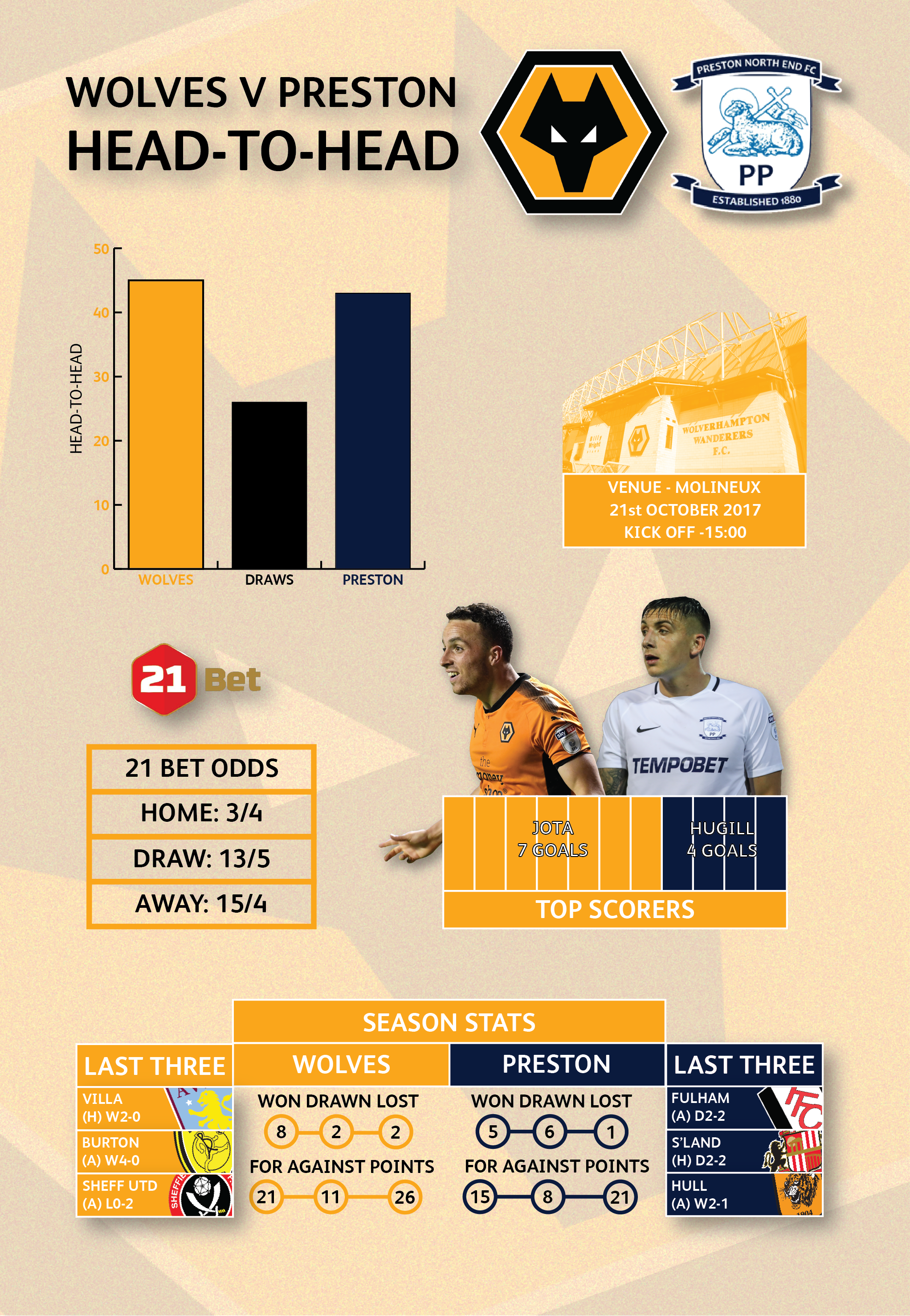 The fixture will not be shown live to WolvesTV subscribers overseas, however the audio commentary will be available. Twitter will be the primary place to follow the pre-match build-up, while #WOLvPNE brings all the match content to Wolves.co.uk. The official website will also have all the post-match reaction.

Now it’s time to test your history knowledge with our Wolves vs Preston pre-match quiz.