Midfielder Bruno Jordao is currently back in his home nation of Portugal on loan with FC Famalicao and has told wolves.co.uk of his desire to improve and get himself back in contention at Wolves next season.

The midfielder has made seven appearances for his temporary club in Liga Nos, contributing one goal away to Farense, which was named the September and October Goal of the Month for the division. The 22-year old’s ambition is to continue improving throughout his season-long loan, in the hope of a return to Nuno Espirito Santo’s first-team plans next term.

On being back home in Portugal

“I really missed being in Portugal. It’s not easy being out of your country. I feel very good; all the people in the club, my teammates, the staff, everyone welcomed me so it’s good.

“Being here in Portugal – it's easier near my family, it makes everything easy and I know this part of Portugal quite well – I played at Braga before so I'm doing really well.”

On Liga Nos versus the Premier League

On his goal against Ferense

“It was a good moment because I didn’t score a goal in a long time, I scored just one for Wolves. The last three years weren’t easy for me. That goal was a really good moment for me.”

Well done, Bruno Jordao on winning the Sep/Oct Goal of the Month in @ligaportugal!

On getting minutes under his belt

“For me, it's really important. I came here to play because I didn’t play much in the last three years, so I really need to play. It's not easy to be on the bench, so I need to keep working.

“I really need game time but obviously, to play I need to be better than my teammates so if in that moment my teammate is better than me, he should play so I need to work hard and even harder to start every game.”

On the competition in midfield

“We have a really good team with some good players. Everyone is young so we have a lot to give to the team. Everyone has some qualities. We have really different players between us in the midfield, so the competition is healthy but it's good. Everyone is pushing each other to be even better every day.” 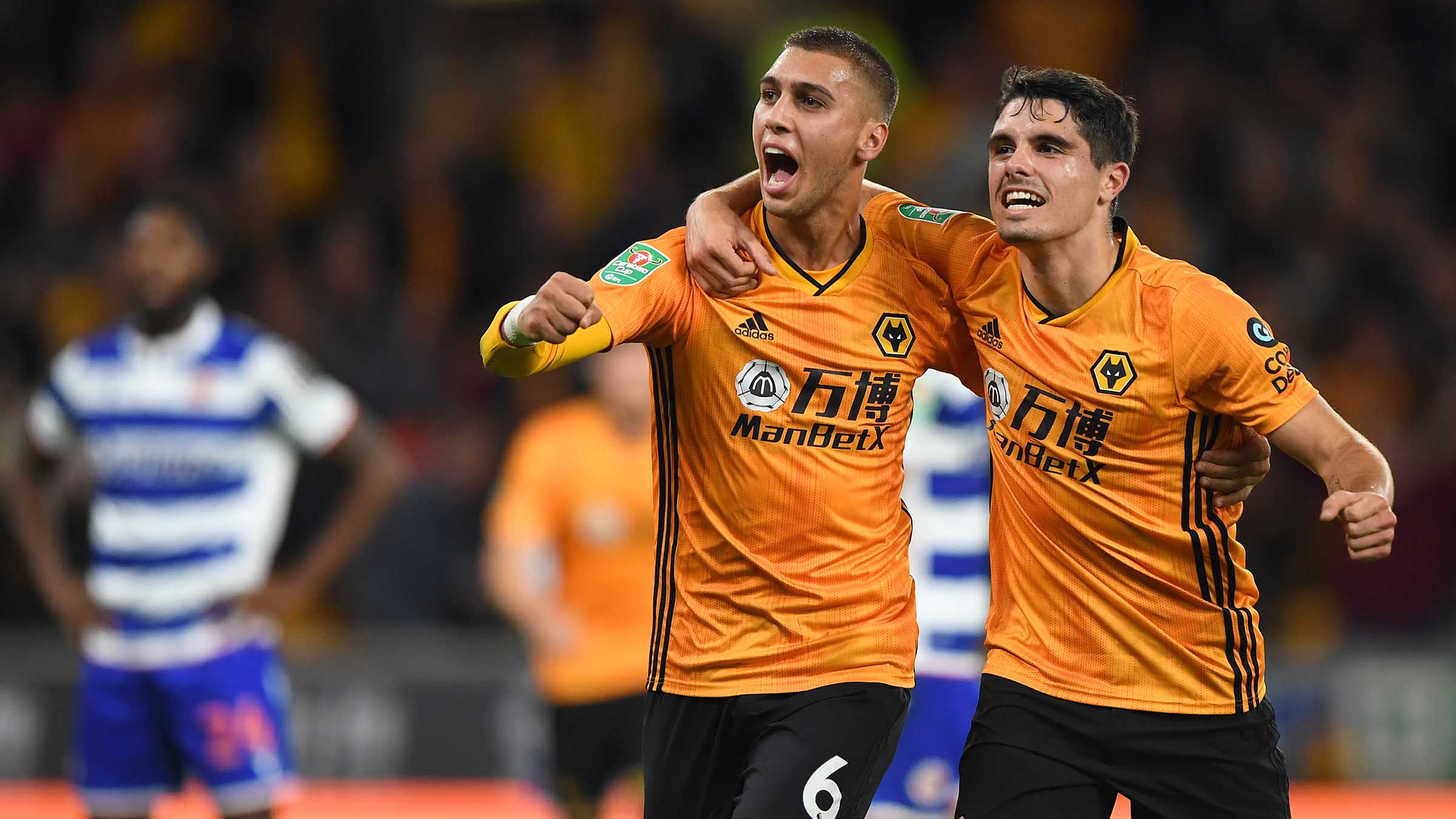 On what he brings to the midfield

“I guess I'm a compact player. In the midfield you need to be strong, really aggressive so I think this is one of my qualities without the ball.

“Defensively I am aware of what is happening on the whole field during the whole game so I can position myself in a really good way and with the ball. My vision and my control and my shooting on the left side of the field can create good chances for the team to score. They are my best qualities.”

On the hopes for Famalicao

“We want to fight for the European places, we have played eight games. They didn’t really go well but we have a lot of players that arrived in last few days of the transfer market so we need to adjust, to improve and in the next few games we will show the people what Famalicao really is.”

On his hopes at Wolves

“First of all, I want to be an option for Nuno, for sure. I really want to play for Wolves, but I want to be a player with more aggressive, more intelligence, thinking with or without the ball – and obviously try to adjust myself to the ideas of Nuno and what he really wants for me and how he wants me to perform. That is my goal.”