Young Wolves supporters are being invited to help the troops as the country commemorates 100 years since the end of the First World War.

The club is appealing to its young fans to donate gifts which can be put into shoeboxes to be passed on to soldiers.

Items for the shoeboxes, which can’t weigh more than 1.8kg, can be dropped off at the Wolves Ticket Office between 10am and 5pm any day before the Tottenham clash at Molineux on Saturday 3rd November.

On the matchday itself, young supporters can drop off the gifts and help pack the shoeboxes in Wolfie’s Den from 4.30pm until kick-off.

Children are also being encouraged to write a card, or a message of goodwill, to the soldiers they are sending the box to.

Things that are not allowed include: 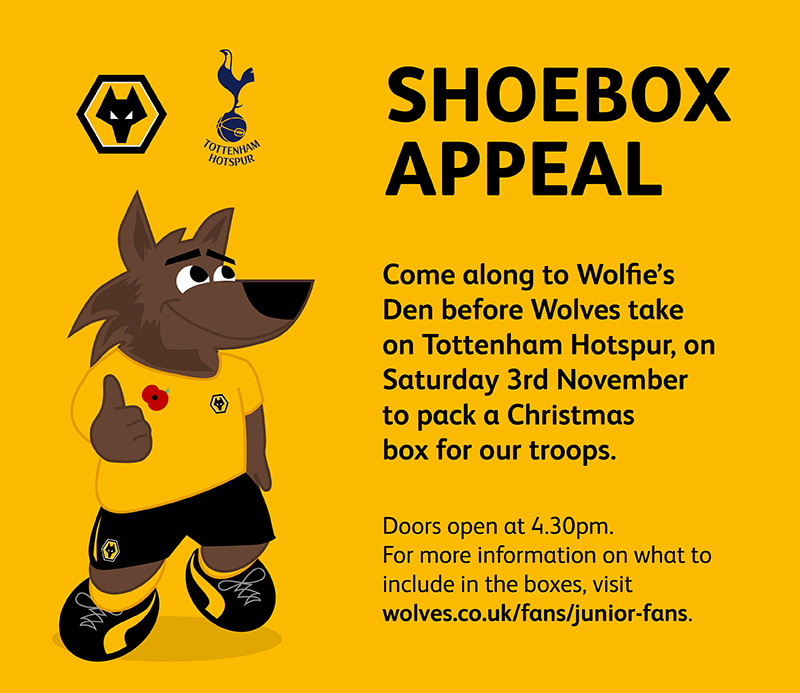