Leadership. Resilience. Character. Just three of the qualities which students from Heath Park School have developed as part of the ‘Strike A Change’ initiative from the Cyrille Regis Legacy Trust.

Wolves Foundation lead weekly sessions with the Year Ten students alongside similar projects by the Midlands’ other Foundations and Community Trusts, with all then getting together on a monthly basis for tournaments and workshops.

The most recent one of those, and the final meet-up of the academic year, was hosted by Coventry City’s Sky Blues in the Community last weekend, and included powerful testimony from guest speaker Stuart Lawrence, the brother of Stephen Lawrence, who was murdered in a racially-motivated attack in London in 1993.

The Cyrille Regis Legacy Trust was set up following the passing of Midlands and England footballing legend Cyrille Regis, to honour his legacy and work on projects which were close to his heart.

That includes mentoring and supporting young people with Strike A Change, encouraging them to develop a range of qualities as part of the ‘Cyrille Standard’, an acronym relating to Cyrille’s first name.

“All six Midlands clubs are part of the Strike A Change programme working with the Cyrille Regis Legacy Trust, and we head into Heath Park School every week to deliver workshops around those areas such as leadership and resilience,” says Matt Elcock, a cohesion coach with Wolves Foundation.

“Sometimes we organise classroom-based activities and workshops and sometimes we go out onto the football pitch so it’s all about mixing it up for the young people. 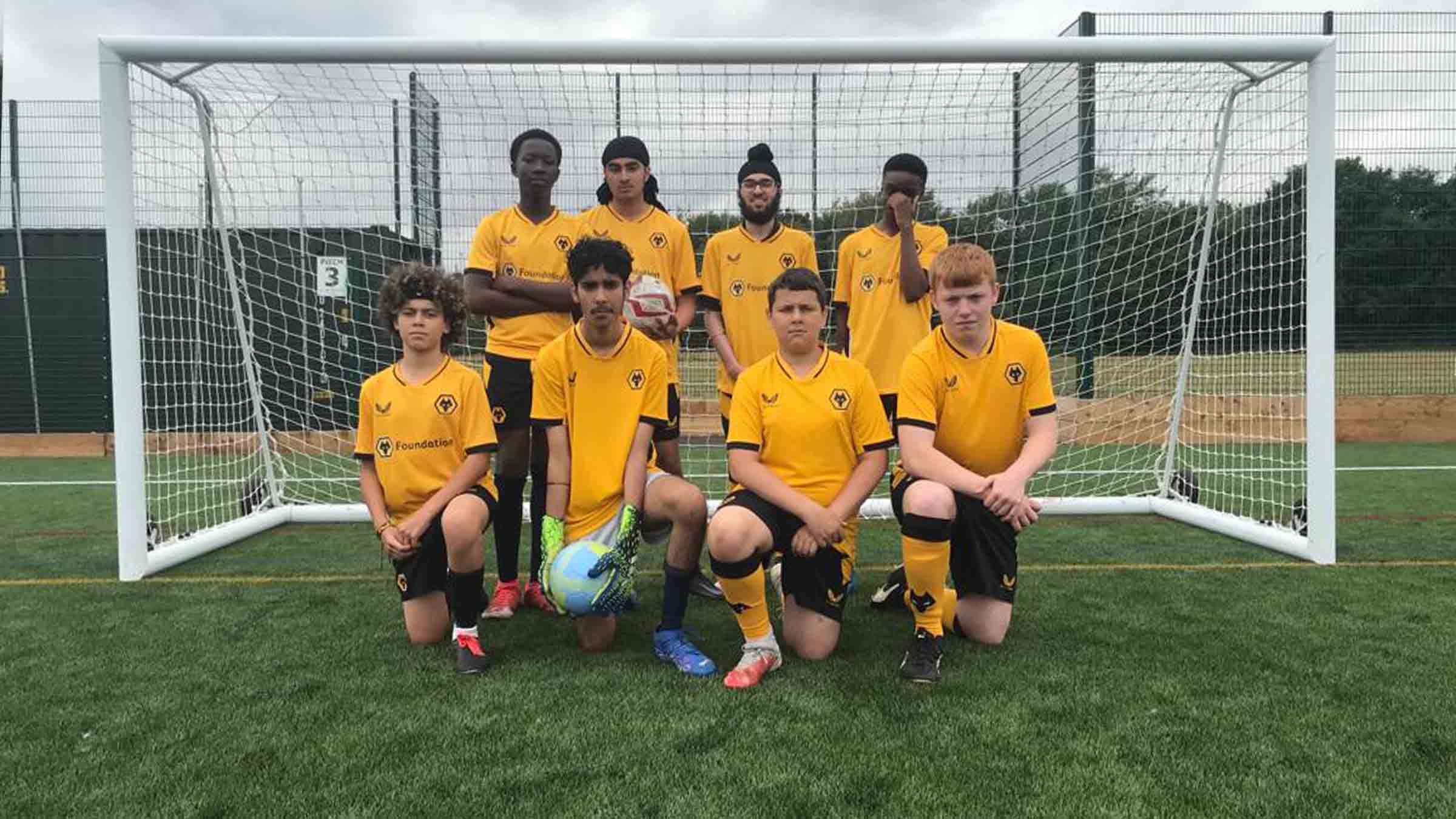 “The qualities and attributes which they are learning from the sessions can then be taken into the tournaments which also include workshops and guest speakers.

“At the final one of the season, we were very fortunate to listen to the very powerful words of Stuart Lawrence, who lost his brother Stephen to a racist attack.

“Stuart told the young people how, when it happened, they could have gone out to avenge Stephen’s death, which might have caused more retaliation, and that if that had been their actions it would never have stopped.

“Instead, Stuart became a teacher and is now a motivational speaker, and has aimed to find something positive from such an horrific situation.

“It was all about encouraging the young people to make positive choices, and it certainly seemed to resonate with everyone that was there.”

As well as the tournament and the talk from Stuart, participants also got a first viewing of the new documentary video filmed for Strike A Change as part of the Commonwealth Games, now taking place in Birmingham.

The documentary features participants and their families from each of the Midlands clubs, and Wolves Foundation were delighted to see Heath Park student Jahan, from Willenhall, among those taking centre stage with his father Parvinder.

On the football side, each club – Wolves, Aston Villa, West Bromwich Albion, Birmingham City, Coventry City and Walsall – have hosted one tournament during the season playing for the Regis Shield.

Wolves were delighted to actually win the event which they hosted at the Foundation Arena at Aldersley, as well as reaching two other finals over the year.

While Strike A Change is now at an end for 2021/22, it won’t be long before the mentoring scheme is back underway for the new season, and Foundation staff will be back at Heath Park working with a new cohort of students.