Premier League Kicks participants were joined by music artist and producer S-X as they created some inspiring artwork to brighten up the local community.

The young people, aged between 12 and 16, were surprised by the Wolves Foundation ambassador, real name Sam Gumbley, as they spray-painted a design showcasing positivity and community spirit on the wall of the Good Shepherd building outside Molineux.

The Grammy-nominated artist, who has produced hits with the likes of Skepta, Childish Gambino and Tinie Tempah, grew up in Wolverhampton and still lives locally.

S-X said: “It’s been a while for me doing something with the Foundation, so after the pandemic it’s good to be back. The graffiti art looks great and I’ve really enjoyed it.

“We didn’t have something like Premier League Kicks when I was growing up, so to be able to come here and be hands on with the kids is unreal. I love the city so it just makes sense.

“I’m a big fan of the club, so to be able to work with Wolves and the Foundation is a blessing and I’m honoured. It feels surreal sometimes but it’s the best feeling.”

Young people from Wolves Foundation’s ‘Action Pack’ Youth Voice group came up with the idea, and they were able to bring it to life with the help of Birmingham-based graffiti artist ‘Panda’.

The Kicks participants were given the opportunity to create their own artwork to take home, before getting to work on the larger design.

Donna Rowton, a Good Shepherd volunteer and member of the charity’s art group, was influential in the central ‘Hope’ design. She was also in attendance to see the Foundation, ‘Panda’ and S-X transform the wall.

The mural will now be seen by the thousands of Wolverhampton residents, providing a unique focal point that aims to uplift and inspire.

It has already received some hugely positive feedback from Good Shepherd service users as they arrived to access the food service the following day, as well as the charity's staff and volunteers.

The Good Shepherd, which provides a range of support services including food to help people get back on their feet, celebrates it’s 50-year anniversary in 2022.

“We’ve worked closely with the Wolves Foundation for a number of years and we discussed some community art projects,” said the charity’s chief executive, Tom Hayden.

“Wolverhampton has a fantastic community spirit – it’s a really diverse city and people really get behind each other. We wanted something to capture the essence of Wolverhampton and the work we do.

“The artwork is in a key place really, where people queue up to access our food services, so having something that shows a bit of hope could be quite a powerful statement to people when they visit.”

The Premier League Kicks programme aims to inspire young people in some of the most high-need areas in England and Wales, using the power of football.

Kicks participants from across Wolverhampton have come together to form the Action Pack group, where they suggest ideas to create positive change in the city.

Luke Shearing, inclusion and cohesion manager at Wolves Foundation explained: “The Action Pack has members from all of our Premier League Kicks sessions across the city – Aldersley, Bilston, Heath Town and All Saints.

“The whole project is youth-led and at the first meeting the young people discussed what they wanted to do to give back to the city.

“They wanted to help the Good Shepherd, particularly after seeing the Molineux Sleepout in November where we worked together to raise funds.

“Social action is a big part of our Kicks programme and I’m so proud of the young people.

“It was a brilliant turnout and great to see so many youngsters keen to make a difference to their community.” 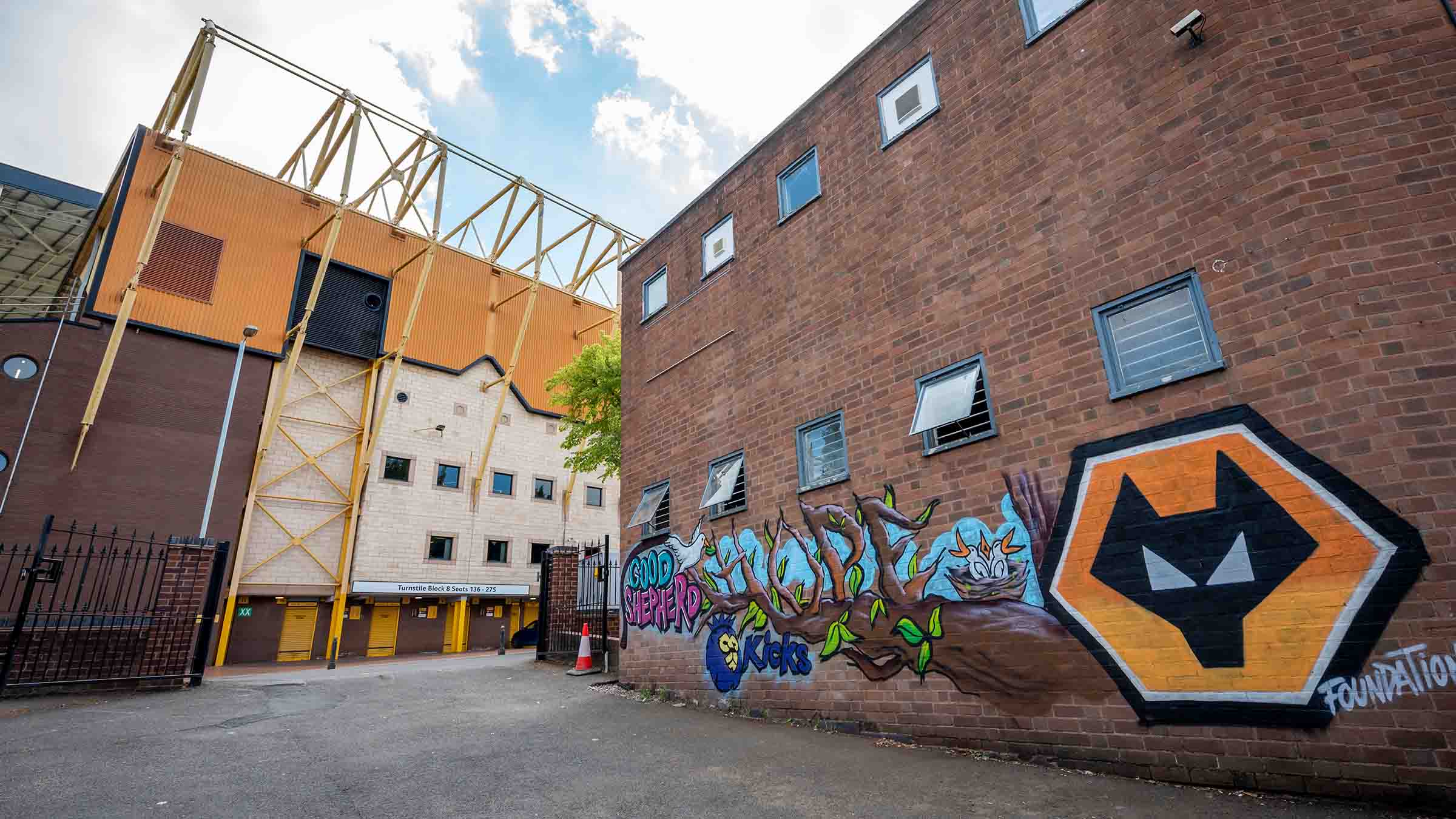