What an end to the season it has been for Wolves Disability FC.

First of all, another fantastic match on the pitch where the Molineux faithful once again showed their support for the team to make it a half time to remember during the Focus Fixture against Norwich.

And then, on Saturday night, around 180 players and parents gathered with Foundation staff and coaches for the first presentation night in three years handing out the awards from the 2021/22 season.

What a season it has been as well, not just with increased numbers across the adult, under-16 and under-12 age groups, but also a total of four trophies gained by the teams in league and cup competitions.

“It couldn’t have gone any better to be fair,” reflects Luke Shearing, inclusion & cohesion manager with Wolves Foundation. “It was the first season in the Staffordshire Ability Counts League, and, for a lot of the lads, their first time playing competitive football.

“You wouldn’t have known that from the way they played and conducted themselves and to win some trophies as well was fantastic.

“Having had the pandemic where we had to adapt and change to the different regulations and there weren’t any fixtures for a long time, it has been great to get back to training and playing again and the sort of normality which the players really enjoy.

“Both the players and coaches have come away from the season with so much to be proud of.”

That list of Foundation coaches and support staff comprises Gavin Jones, Carl Ackasovs, Mark Bromley, Matt Elcock and Louis Guttridge, and Luke is full of praise for their efforts over the season as well as the dedication shown by players and parents.

“I can’t speak highly enough of the work the coaches have put in,” he explains. “The amount of new players who have come into the squads has been great to see but it is also makes for a nice challenge for the staff through the season.

“It’s about making sure that everyone is both enjoying themselves and also getting minutes on the pitch so hat’s off to all involved.

“We are going from strength to strength as a coaching department, as a Foundation and as a Wolves Disability team.

“We can only do it thanks to the players and parents who have been extremely supportive throughout the season.

“I think they appreciate what we do as a Foundation and are always really helpful with their support and getting players to training and the games.

“Sometimes there can be a bit of travel involved for the fixtures but the parents are always ready to volunteer and get everyone where they need to be and we can’t ask any more than that.”

At the end of a fantastic season with return to regular training and competition, the half time Molineux fixture against Norwich and presentation night in the Hayward Suite provided a fitting finale after all the hard work. 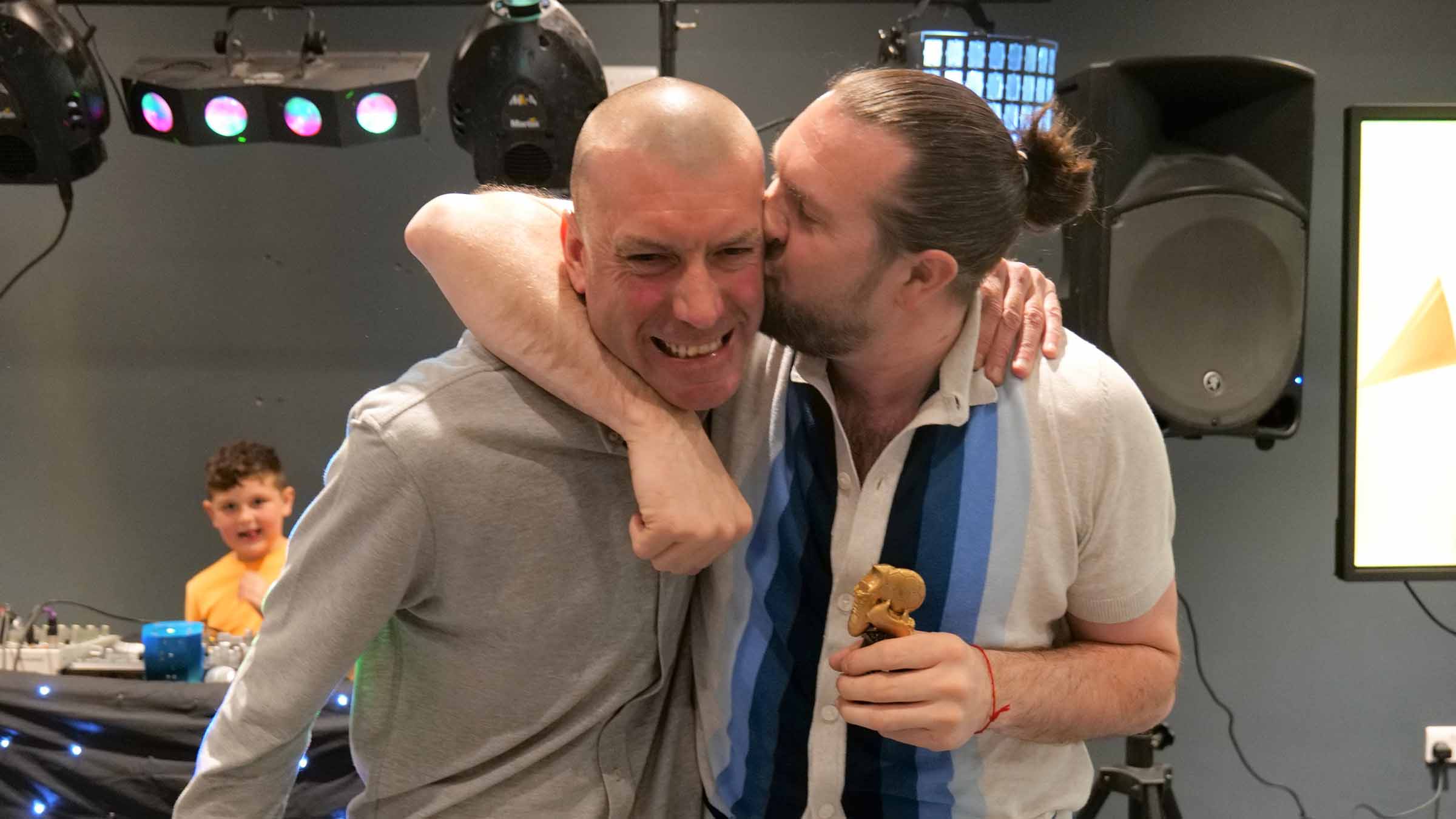 “The game on the pitch was brilliant once again,” says Luke. “If it was possible, we would get every single player on the pitch at some point but for those that got the opportunity they had a phenomenal time.

“The feedback we have seen on social media and on the day in the Fan Zone and from the supporters was brilliant.

“The Wolves fans always support the lads out on the pitch and to get the win topped it off, those celebrations will live long in the memory for me and all of the team and staff.

“Then to have a first presentation night and get everyone back together for the first time in three years and give out the awards was another great occasion.

“Everybody really got into the evening, we did a raffle which raised some money towards running the team, and the whole night just encapsulated what Wolves Disability is all about not just as football teams but as a group of people.

“It was the perfect way to round off a great season.”

There is one final training session on Wednesday before the squads take a month off ahead of returning for pre-season.

For the staff, the planning starts now.

“It’s all about going full steam ahead into next season, we’ve got a couple of tournaments and then back into the league season and hopefully it will be another successful one,” adds Luke.

Wolves Disability FC would like to thank Energy Angels for their sponsorship of the squad, the Norwood family for their support with the Presentation Evening, and club partner Cadbury for donating some raffle prizes.