Wolves Foundation today thanked the club’s fans for their fantastic support of Sunday’s annual focus fixture against Norwich – highlighted once again by a hugely entertaining Wolves Disability FC match which took place during half time.

The first focus fixture with crowds inside Molineux for three years proved another major success as the Foundation were able to promote awareness of their range of projects as well as raising funds to support the charity’s activities.

And the return of the disability fixture was the highlight of the afternoon as the Wolves team defeated Norwich 2-0 roared on by thousands of fans in the stands.

“It was another amazing experience for the lads to get to play at Molineux and the support from the fans was incredible,” says Gavin Jones, inclusion lead and coach of Wolves Disability adults’ team, sponsored by Energy Angels.

“They all said it was a dream come true to have that opportunity and it’s also thanks again to Norwich for bringing their players up who also hopefully enjoyed the experience."

The Wolves goals came from Cameron and Tom, and followed several hotly contested fixtures between the two teams played in the morning at Aldersley Arena.

Team captain Darren James not only led the team out and played in the fixture but was also interviewed before the game in the Wolves Fan Zone and the corporate areas in the Billy Wright Stand, where he was joined by head of the Foundation, Will Clowes.

“Doing the interviews was something I really wanted to do because it was a great way to raise awareness of what the Foundation does for our city,” says Daz. “It was brilliant to talk about how I got involved with the team and the Foundation, what it’s like playing for Wolves and how our season had gone.

“As for the game, it was amazing. From the moment we started walking onto the pitch the fans were brilliant and the hairs on the back of my neck were tingling.

“When we scored and the fans went wild again and were singing Wolves songs for us I was getting a bit emotional to be honest, but managed to hold it together.

“The final whistle came and we’d won 2-0 at Molineux in front of our families and friends plus the amazing fans.

“I can’t say enough about the fans who stayed in their seats at half-time and I just hope it came across how much we really appreciated them.

“I can’t thank Wolves and Wolves Foundation enough for this special day, not just for me but also my family.” 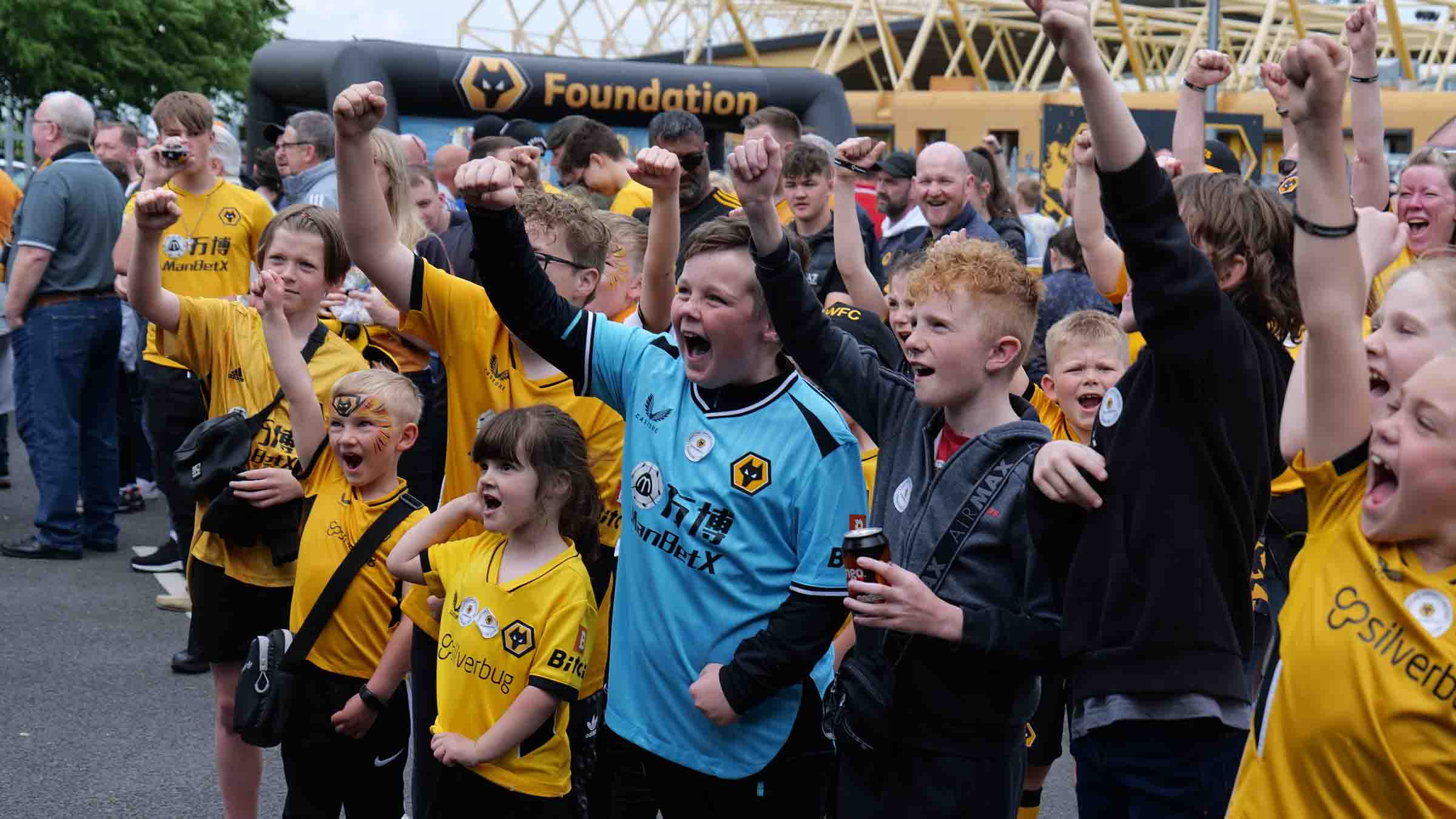 Other activities on the day included staff chatting to supporters about the Foundation’s projects in the Fan Zone as well as several fundraising initiatives which will help the charity moving forward.

These included a fundraising auction, text donations and limited-edition replica home shirts being available in the Megastore, while fans can now bid for signed matchworn shirts worn by the Wolves squad for the game.

“Our focus fixture offers a really beneficial opportunity to showcase the Foundation’s projects and raise awareness of the wide variety of work which we carry out across the city,” says Clowes.

“As ever, the best people to illustrate those projects and the people we are most proud of are our participants, and the half time game between the respective Wolves and Norwich disability teams provided fantastic entertainment.

“It was a privilege to accompany Darren as we spoke in some of the corporate lounges before kick-off, to listen to the impact the Foundation has had on his life and how much he was looking forward to taking to the pitch.

“The disability teams we run at adult, under-16 and under-12 level are a prime example of why the fundraising we were encouraging on the day is so vital, because they are all funded entirely by sponsorship and community donations.

“At the Foundation we are fortunate to receive such positive and generous support from people within the city – the fantastic backing for Feed Our Pack being another example – and I would like to take this opportunity to thank fans again for any donations they have made as part of our Focus Fixture activities.”

The final fundraising figure will be revealed once all activities are completed and there are still further ways to support the Foundation. The text donate facility is still available with fans able to donate by sending a text with the word Wolves followed by the amount of the donation (eg Wolves5 for £5) to 70085.

The auction of signed Wolves matchworn shirts from the final home game of the season is now open with some real collectors’ items up for grabs. Click here to visit the auction and place your bid.

A special ‘Darren’s Diary’ where Daz takes us through his special day in more detail will be published later this week.