The latest instalment of our second edition of the Foundation diaries for 2020/21 sees us catch up with Health & Wellbeing Manager Rachel Smith.

Today Rachel tells us about the Christmas activities which the Foundation supported in the local community, how she has been affected by the Covid-19 pandemic, and looks ahead to the challenges ahead as the pandemic hopefully eases over the coming months.

We ran a shoebox appeal before Christmas to collect presents to pass on to children locally from families who may have been struggling.

It was very well received and supported by fans and the amount of time and indeed expense that people put into their shoeboxes was really heart-warming.

It was nice to be part of the organisational process, making sure the boxes went to the right age groups and then going out and delivering across the community. 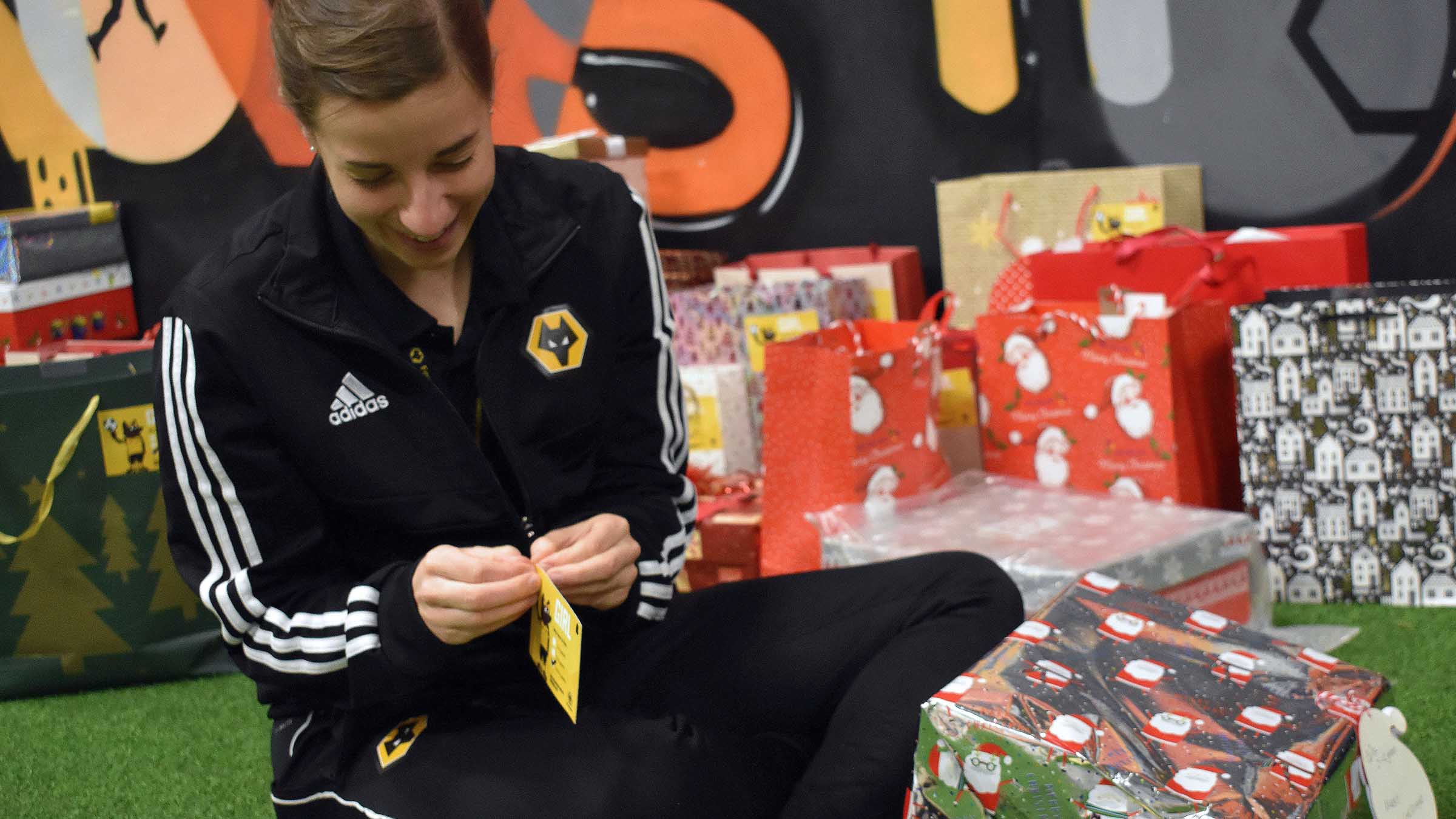 Everyone at the Foundation really pulled together and that was probably the first time I had got into the Christmas spirit to be honest!

With everything that had gone on with the pandemic, and not knowing what was going to be happening about seeing family, that was the first time I had probably really thought about Christmas!

We also did some activity with our Molineux Memories and Wolves Elders Club members who haven’t been able to come and see us since the pandemic started.

Conor Coady provided a letter for us to send with some chocolate from Cadbury, who have a partnership with the club, and we had a really nice response from those receiving the presents who said how much they appreciate a little pick-me-up from time to time.

We were also able to have a very small group of the Head 4 Health participants come into Molineux in line with the restrictions.

It was very different, all spread around the room with masks on, and not the same at all as our normal sessions but it was nice for some of them to get out of the house and see each other even from a distance. Just a little bit of normality for a short time.

Then we headed into 2021, and the arrival of the Foundation’s Feed Our Pack project aimed at reducing the effects of food poverty in the city.

I was involved with the deliveries which took place during the February half term.  To see the amount of food we were distributing was quite eye-opening but even that is probably just a drop in the ocean for what may be needed.

Being able to go out and deliver to the families who were benefitting was another eye-opener and it was just good that we were able to help. 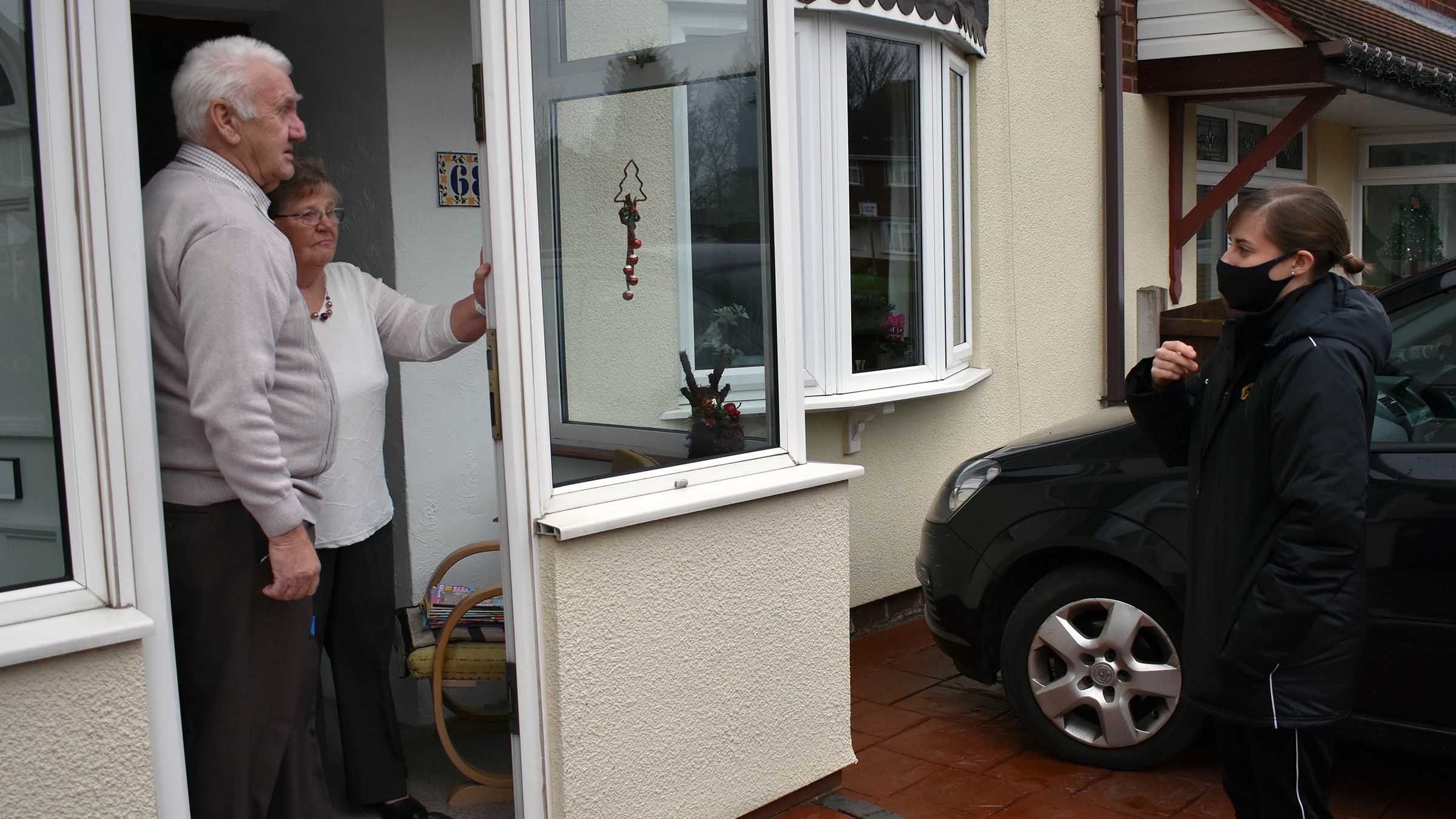 Once more staff really came together to help those who need it and the support from fans for Feed Our Pack so far has also been fantastic.

In terms of our health projects, they have continued online which has almost become business as usual for such a long period.

Head 4 Health continued online, the fitness sessions for Mums and Babies continued online and we have also set up a Parents Support group for parents of babies born in lockdown who may not be able to receive the normal level of support and opportunities due to the pandemic.

Now that the roadmap has been announced with how things are going to change over the next few months we have been looking at how our activities can fit into that schedule.

Our ‘Walk and Talk’ sessions for Head 4 Health can restart outdoors as can the sessions for Parents and Children which can return to the park.

Then we are looking at whether there are any other physical activities we can run for our Head 4 Health participants which are outdoors and socially distanced such as tennis for example, which is among those events scheduled to be allowed from March 29th.

It is just about trying to find a bit of variety for everyone and then, as we move through the roadmap., hopefully the situation will then allow for some form of indoor delivery as well.

It just feels like there is a bit of hope now and a bit of light at the end of the tunnel after such a difficult time.

It is also interesting how there are some mixed feelings among our participants.

For many they can’t wait and are really keen to get back to some form of normality but for others it is a little bit daunting.

Having been told to stay at home for the most part of a year, suddenly they might be allowed to get back to some form of normality again and for some people that can spark feelings of anxiety.

Some of our participants who suffer from social anxiety have actually been quite happy to be ‘locked down’ and almost thrived from the situation where they feel they are in control and can stay at home and access activities online.

The thought of going back out might be difficult and they might feel pressured into saying yes to any invitations to go anywhere with people having been asked to stay at home for such a long period.

Over the next couple of months we are planning some activities around anxiety and re-integrating into normal life to support people who may be concerned.

It is something that may just take a little bit of time to adapt to but hopefully we can help them adjust.

I also have a bit more experience myself of Covid having unfortunately caught the virus early in the New Year.

I couldn’t really pinpoint where I might have caught it as I live on my own and hadn’t seen anyone in close proximity and had just been on a couple of socially-distanced walks.

It was either that or the supermarket which were the only places I had been.

I started feeling ill and went for a test and it was something of a surprise when it came back positive given I felt I had been really careful but I imagine a lot of people have had that experience.

It was a bit scary how easily I must have picked it up and another reminder for people just to be as careful as you can.

I was quite poorly with it and it has taken a bit of time to recover so again I think it just shows how serious it is and how important it is to hopefully keep driving those numbers down.

Fingers crossed that by the time of my next diary things will have continued to improve and we will be talking about more Foundation projects getting close to normal whilst obviously making sure we keep everyone as safe as possible.