Working with foodbanks to Feed Our Pack

Wolves Foundation’s Feed Our Pack project aimed at addressing increasing issues around food poverty will see the club’s official charity linking up with foodbanks from across the city to support the local community.

The ambitious new three-year project was announced on Friday thanks to £250,000 of funding from the Premier League PFA Community Fund, which was then matched in an incredible act of generosity from Wolves head coach, Nuno Espirito Santo.

Alongside Holiday Hunger projects providing food, education and sporting activities for young people, the Foundation plan to work with a number of local food providers to ensure that there is enough stock available to support the vulnerable across Wolverhampton.

Like so many cities, Wolverhampton has been adversely affected by the Covid-19 pandemic, with unemployment rates and the numbers of people claiming Universal Credit rising to well above the national average.  Twenty-nine per cent of children within the city are categorised as living in poverty.

Foundation staff have already been involved in delivering food to families in need via the charity’s partner schools both before and since Christmas, and are in the process of appointing a Food Poverty Project Manager who will work closely with local charities and agencies to add to the support network for the people of the city.

One charity who will be working with the Foundation on Feed Our Pack is the Good Shepherd, whose Centre is now opposite Molineux, building on an excellent working relationship which has already been in place “over many years”. 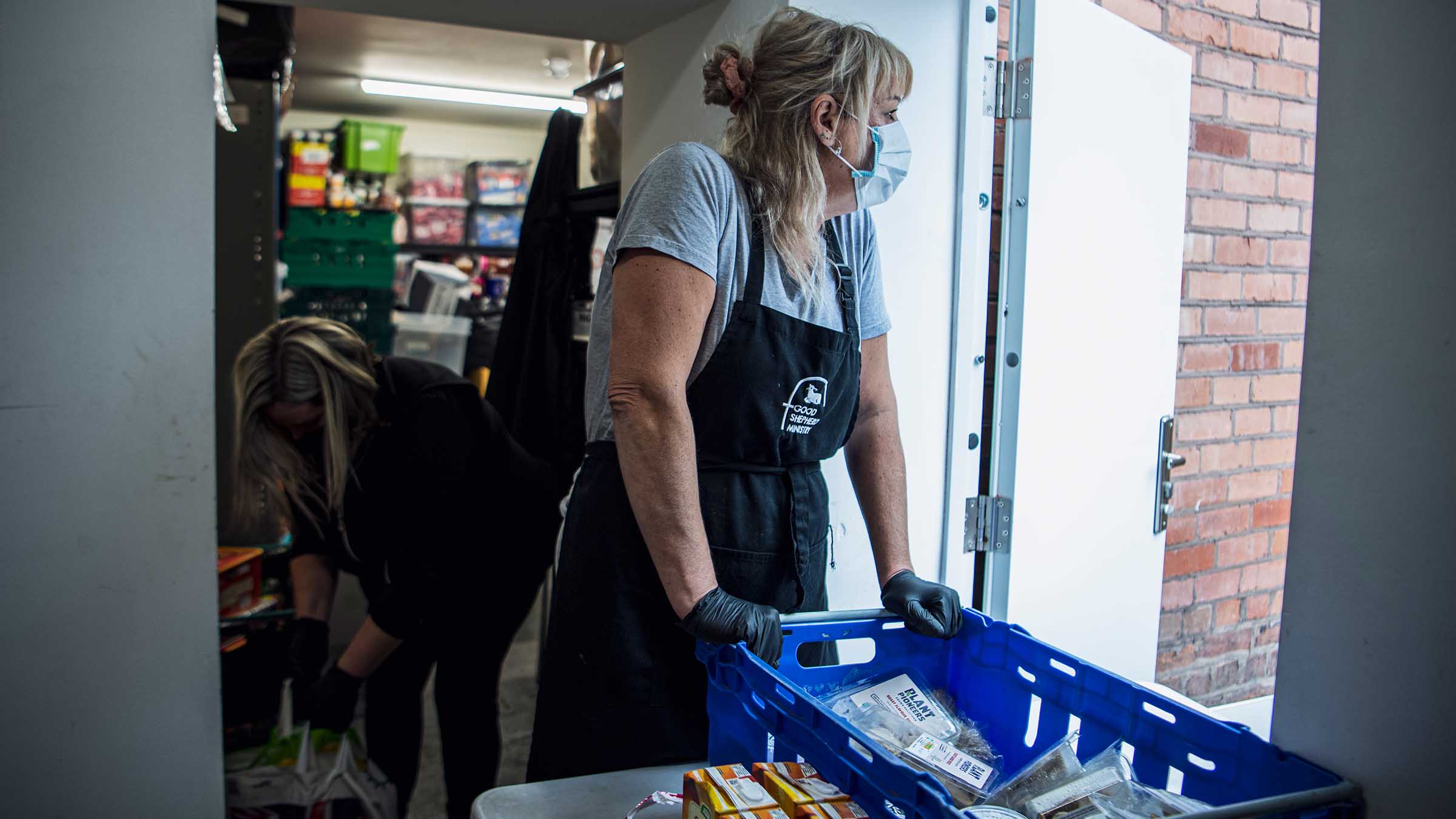 “We have really appreciated having such a close relationship with Wolves Foundation and Wolves over many years, dating back to player visits and donations for equipment, to more recently working together on the Molineux Sleepout and gift distribution at Christmas,” says Tom Hayden, Head of Operations at the Good Shepherd.

“We are delighted to have been asked to link up again as one of the partner organisations for Feed Our Pack, which offers a really exciting opportunity to formalise our relationship and have a really positive impact on the people of Wolverhampton.

“There is a real synergy between what the Foundation’s aims for this project, and how we operate, in that our food service, which has been running in the city for almost 50 years, is effectively a magnet from which we draw people in and then offer them support to make sustainable and positive changes to their daily lives.

“Both by working with ourselves and other foodbanks in the city, and their Holiday Hunger project which is something which is much needed across Wolverhampton, the Foundation are going to have new opportunities to have a major impact on the community, in addition to the many and wide-ranging projects which they already lead.

“We are really looking forward to being part of this exciting new initiative.”

There are many different food banks operating around Wolverhampton and surrounding areas, run by different organisations, and the Foundation are hoping to add support where it can in a bid to add support to the existing network.

“Thanks to this really generous funding from the Premier League and PFA, then matched by Nuno, the Wolves Foundation has a chance to have a really positive impact on the most vulnerable people in our community at a time when they really need us,” says Will Clowes, Head of Wolves Foundation.

“We are looking forward to linking up with different food banks across the city, and greatly expanding our work to reduce food poverty which began before Christmas.

“As a Foundation we have always enjoyed working with the Good Shepherd – they already support so many people within the community – and they are the first of what we hope to be several different food providers whom we will partner up with.

“We are also looking to engage our supporters and members of the pubic to play a part in Feed Our Pack.

“This substantial investment has certainly given us a great launchpad for what is an initial three-year project, but we will also need additional support via financial and food donations when regulations allow in the future.”