Tuesday brings a break from Championship action for Nuno Espirito Santo’s Wolves, as attention turns to the Carabao Cup and a third round tie with Bristol Rovers.

Wolves have taken seven points from the last nine available so go into the cup tie in good form, particularly after Saturday’s impressive win at Nottingham Forest. Nuno’s much-changed sides have already beaten Yeovil Town and Southampton in previous rounds, so will be hopeful of making it to the final 16 with victory over the Pirates.

Bristol Rovers are currently sat in 15th position in League One, having lost three of their previous four matches. A 3-0 reverse at Wigan Athletic at the weekend followed a 3-2 loss to Oldham Athletic. However, in the EFL Cup they cruised past Cambridge United in round one and picked up an eye-catching 1-0 success at Fulham at the second round.

Supporters can follow the cup tie both on the official website and Twitter. Matchday Centre Live will bring thorough updates to wolves.co.uk, where fans will be able to find all the post-match reaction too. WolvesTV provides live audio commentary and @wolves on Twitter will be keeping fans up to date before, during and after the game.

Now it’s time to test your Wolves vs Bristol Rovers knowledge with our pre-match quiz. 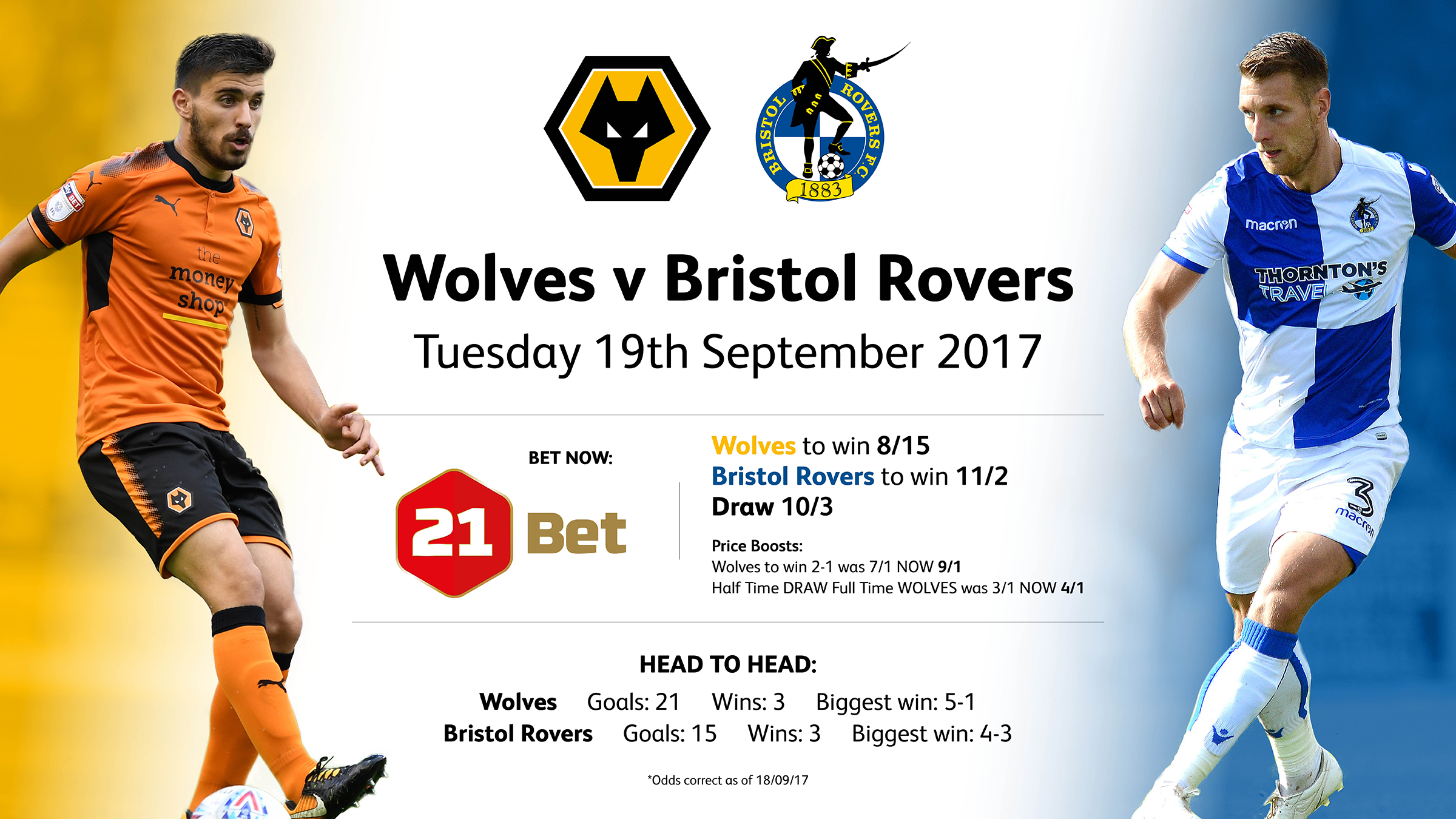