Bruno Lage insists Wolves will continue to play the way they have in all their matches so far this season when his side travel to Vicarage Road to face Watford on Saturday afternoon.

Despite coming away empty handed from their opening trio of matches, albeit undeservingly, Lage believes the goals will come for his side, who have had just one day to prepare following the latest international break which saw the majority of his first-team squad represent their national teams, as long as they continue to create chances.

On a short turnaround

“We’ve just prepared the strategy today. We are living in difficult days, because the schedule is tight. Our players have to play in a lot of matches, not just the competitions here, but also the international games, and we, as managers, want time to work with the players, but we don’t have time.

“In pre-season, guys like Coady, Adama [Traore], Leander [Dendoncker], just arrived two weeks before the start of the competition, and now again, we had 10 or 11 players go to their national teams and we just had one or two days to prepare the games.

On a trio of international breaks in three months

“We need to adapt, but every time is like this. For me, the best experience in my life was working at Sheffield Wednesday and competing in the Championship because we played a lot of games and we didn’t have any time to train or prepare the games.

“Sometimes we had just two days to play another game, and it was my preparation. When I arrived to Benfica, it was the same again, we would play again with two or three days with breaks, players go to national teams, they arrive with two days, we would go to play in Russia and two days we would be playing in Portugal.

“This is our life, so we need to adapt. For the players, it’s not healthy because they don’t have many breaks, sometimes it’s important for them to have time to recover between the games to play the best game in the best conditions.

“But the conditions are similar to everyone and we need to adapt. That’s why I believe in strong and competitive squads for everyone, and at the right moments, the guys who are ready to play, will play.”

On the signing of Hee Chan Hwang

“He can play on the sides, he can go inside, he can link very well the game between the lines, he attacks spaces, he is a player who creates a lot of chances, so I think it will be enthusiastic for the fans to see him play with us.” 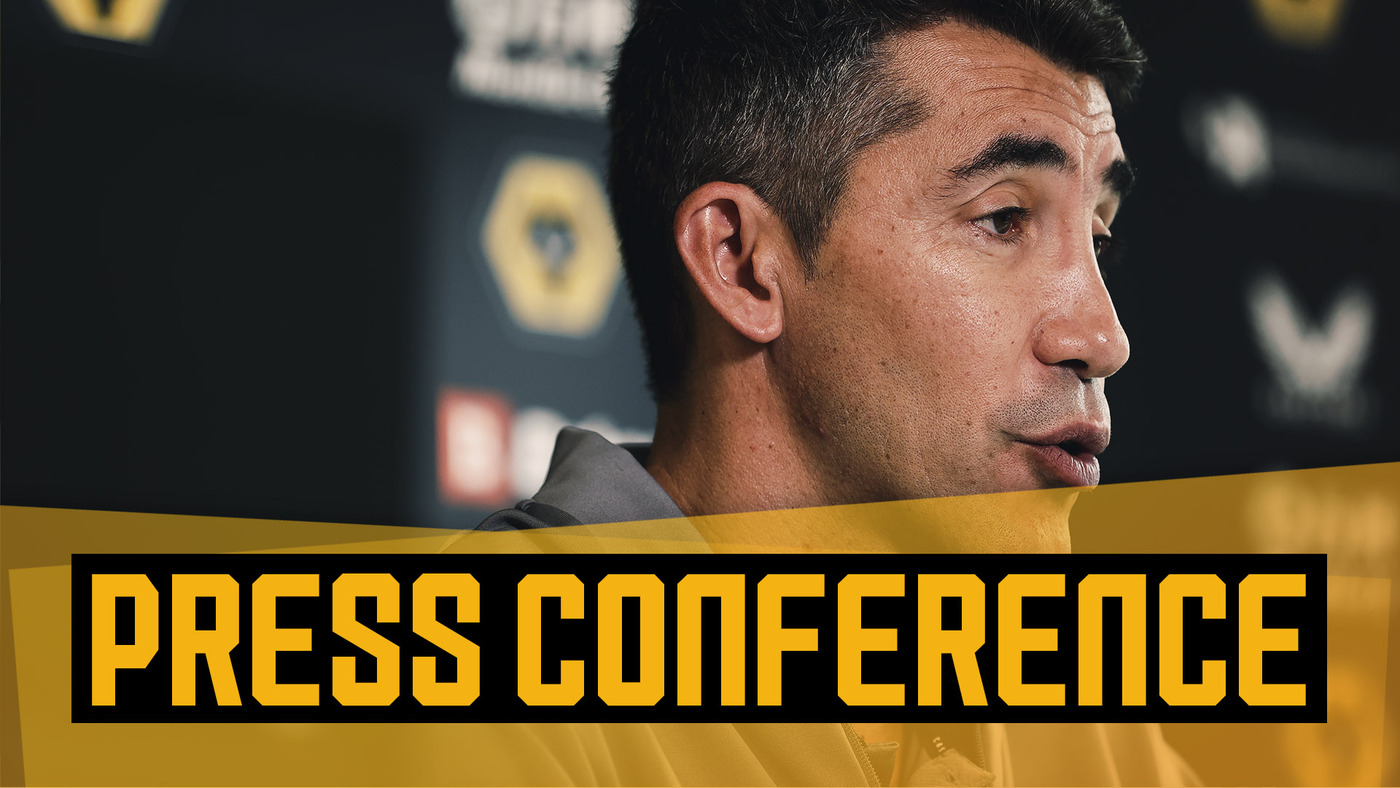 On his squad size

“We have two guys out, Jonny and Pedro [Neto], so now we have 18 players and three goalkeepers. That is why everyone will be involved in the game.

“It’s not a concern, but I like to work with 21 players, plus three goalkeepers, and at the moment we don’t have that chance because we have Jonny and Pedro, maybe two or three months out, and I like to see more competition in my squad.

“But 18 is enough, just play 11 and we have three subs, so we have to find the right solutions.”

On heading to Vicarage Road

“Watford is a very good team and they already have one victory. The dynamic they have is very good; it’s different for us, but it’s very good. They put a lot of people on the sides, the midfielders go to the sides, they try to push you to play down the corridors right or left. They have top players who the manager knows very well, because he’s been there nine or ten months.

“But every game is hard, every game has its own history, every game needs its own strategy, so we come for the games with that mentality, to win games. But in the end, we don’t have points and we know we need to win games, to score goals, but we need to continue to work and follow our path.

There's a good mood about the place at Compton 😁 pic.twitter.com/R8ERZEJ9Kq

On showing confidence in front of goal

“We need to give credit to the goalkeepers. In our last game, De Gea made two fantastic saves in the two situations against Saiss.

“If you said the team are not creating chances, maybe that’s a question of confidence, but here it’s a question of continuing the way we are doing because when you look back and you see the chances we create in the three games, sometimes it’s just our players against the goalkeepers and we need to continue with that confidence.

“But this is the process, this is football. Continue the work we are doing because for sure the way we are creating, the goals will come.”