The Bruno Lage era got its first win on Saturday evening in sunny Spain, as Patrick Cutrone’s goal was the difference between Wolves and Real Betis.

Having fallen to defeat in the first friendly against Crewe Alexandra, Wolves put in a much more assured performance in their second outing of pre-season, and took the spoils late on against their La Liga rivals at the Estadio Municipal de La Linea de la Concepcion.

Click here to relive the evening on the Wolves Matchday Blog!

In a frantic opening to the match, Betis had the better of the opportunities, but blocks by Romain Saiss and Taylor Perry kept the score intact.

Wolves also suffered an early blow, with Willy Boly picking up an injury and having to be replaced by Maximilian Kilman with less than 20 minutes on the clock.

Having returned from his extended break following his Euro 2020 exploits this week, Joao Moutinho slotted back into the midfield and took over the captain’s armband for his first outing under Lage.

And it was the Portuguese who played a big part in Wolves’ best chances of the opening half of the match, firstly placing a free-kick directly onto the head of Kilman, but the defender was unable to find the target, and then setting his sights from the edge of the box just before the break, but his effort was too high and missed over the crossbar.

Wolves began the second-half strong, putting Betis under pressure and setting their sights from distance, with Ruben Neves and Fabio Silva trying their luck from outside the penalty area.

The second-half saw a first appearance for new Portuguese number one Jose Sa and defender Yerson Mosquera, but the pair were left untroubled as Betis struggled to match their first-half performance.

Having made several changes, it was three substitutes who combined to score the only goal of the game late in the contest, as Luke Cundle turned well and released Nelson Semedo down the wing, who slipped a ball into the penalty area to the boot of an unmarked Cutrone, who turned the ball home. 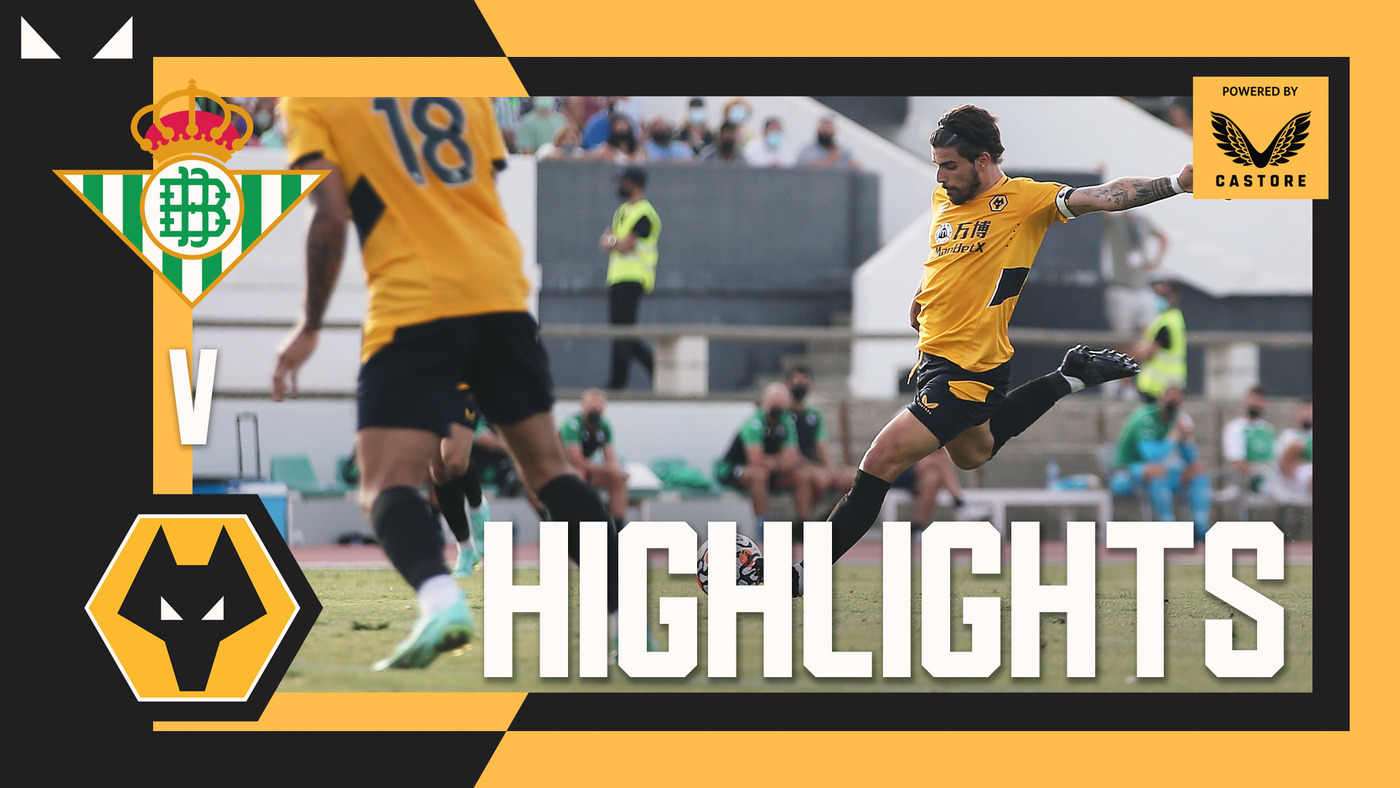