Saturday is a big day for more than one reason. Not only does Bruno Lage take charge of his first Wolves team but could opt to give significant appearances to both Raul Jimenez and Francisco Trincao.

Saturday’s friendly not only represents the return of club football, following the thrill of a major international tournament, but also Lage’s first in charge of Wolves. The Portuguese took over the Molineux hot seat a little over a month ago and has settled into the role quickly, making three signings and bringing in six coaching staff colleagues to assist him in his role. For two weeks, Lage has led pre-season training at Compton Park, putting the players through their paces and gauging an opinion on a group consisting of both first-team and under-23 players.

However, Saturday his initial experiments become public at the Alexandra Stadium. While in charge of Benfica, when he guided them to a stunning title success, Lage primarily opted for a 4-4-2 system – a formation rarely seen at Molineux in recent years. Should he once again opt for two strikers, both Fabio Silva and Patrick Cutrone will be chomping the bit to impress their new manager. While supporters can’t read much into tactics and set-ups on day one, the fascination will remain in the lead-up to kick-off.

#2 Could Jimenez and Trincao feature?

Two men Wolves supporters watching their Wolves TV stream will be hoping to catch a glimpse of are Jimenez and Trincao. Back in May, six months after Jimenez’s sickening head injury at Arsenal, wolves.co.uk confirmed the striker would commence with match-based rehabilitation in July, which suggests a return is near. The striker has been back in the thick of training for the past two weeks and will hope Saturday could be the day for him to gain some minutes. It’s now been eight months since that night at the Emirates Stadium and the 30-year-old has worked tirelessly, while remaining patient, and will have a huge relief when he steps over that white line again in old gold.

Should Jimenez feature at Crewe, he could do so alongside new signing Trincao. The Portuguese linked up with the pack on loan from Barcelona earlier this month and joined in pre-season training at Compton Park for the first time this week. Whether Saturday’s trip to Crewe comes too soon in his summer schedule is still unknown, but should Lage release the winger, he’ll be keen to make a positive first impression. Speaking to Wolves TV this week, Trincao stated he wants to give supporters “a reason to buy the ticket”, or, in this case, a stream. Nevertheless, the 21-year-old will be determined to hit the ground running in old gold.

#3 A chance for youth to impress

While supporter thoughts will naturally be on the likes of Jimenez and Trincao on Saturday, pre-season always provides an opportunity for youngsters to catch the eye. With Wolves’ squad relatively small, and a whole host of first-team stars yet to return from Euro 2020 action, members of the under-23 group are likely to get a chance to stake a claim. This week, with Lage looking on, the likes of Luke Cundle, Renat Dadashov, Taylor Perry, Chem Campbell and Pascal Estrada all featured in first-team training and will be hoping for the call-up to Crewe on Saturday.

Under the previous regime, under-23s regularly supplemented first-team training to great effect, and, on occasions, received call ups to the matchday squad. With the first-team group unlikely to play the full 90 minutes of the first game of pre-season, the youngsters fleshing out the squad are likely to receive minutes to impress. James Collins’ group enjoyed an impressive season last time out, finishing in the PL2 Division 2 play-offs, only to suffer heartbreak at Crystal Palace. However, they’ll be ready to go again this term, and will benefit from training and friendly matches under Lage’s watch.

#4 A significant away ground for Wolves

Crewe has become a regular fixture of Wolves’ pre-season calendar during the past decade, with Saturday’s game the third friendly between the two in the past eight years. In July 2014, with Kenny Jackett’s side Championship bound after winning the League One title, they readied themselves for a fresh challenge with a 1-0 win over the Alex, courtesy of a late Nouha Dicko goal. Then, two years later, just days before Fosun International took over Wolves, the old gold were at the Alexandra Stadium again. That day, Wolves opened up their summer schedule with a 2-0 win, following a strike in each half from Dominic Iorfa and Joe Mason. Now, Wolves return to the Cheshire club to prepare for a Premier League season under Lage.

While pre-season friendlies may not live long in the memory, Wolves’ last competitive trip to the Alexandra Stadium certainly will for old gold fans. In April 2014, Jackett’s Wolves confirmed their promotion back to the Championship with a 2-0 win over the Alex. Dave Edwards sealed the win on 66 minutes, after Kevin McDonald had opened the scoring on the stroke of half-time, as Wolves secured promotion back at the first time of asking, with four League One fixtures still to play. While the stakes are lower this weekend, Wolves supporters will hope for a similarly positive afternoon to begin Lage’s reign. 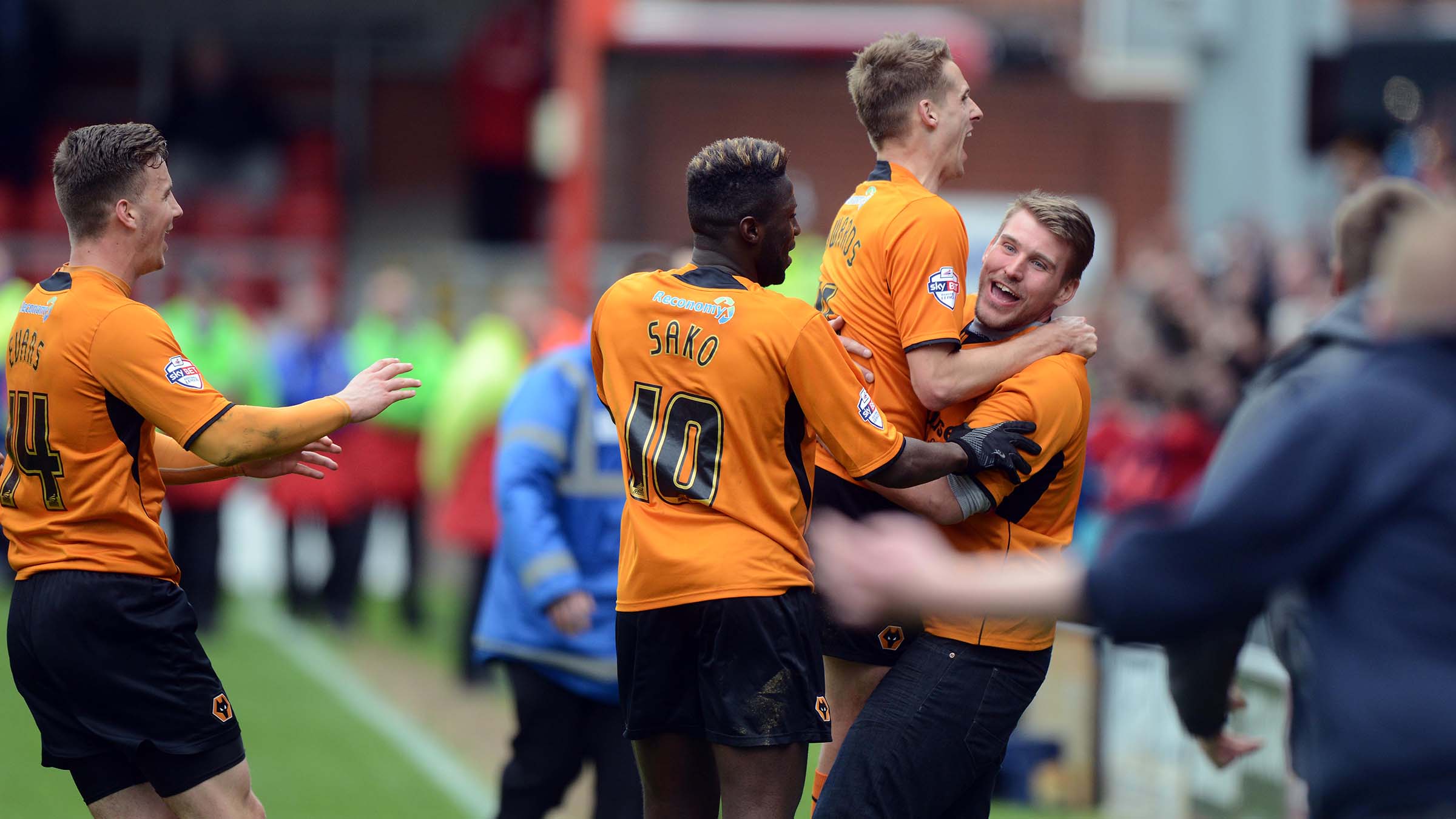